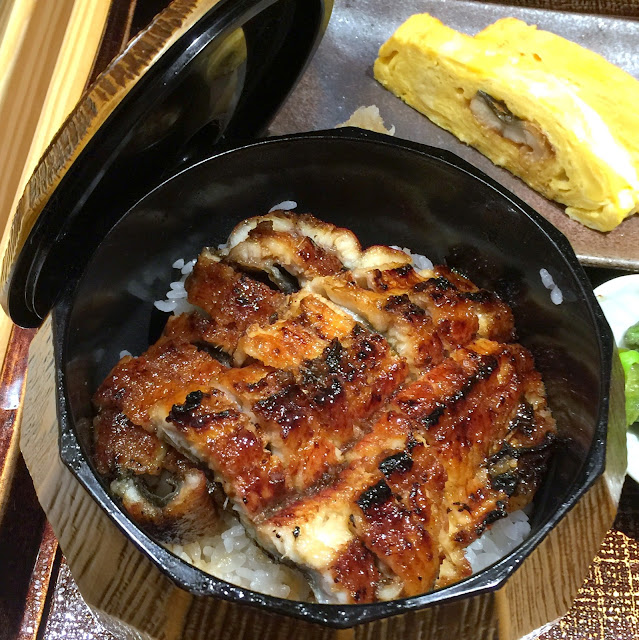 The search for affordable unagi place in Singapore is gone with the opening of Man Man, an unagi specialty shop opened by Teppei, the same man behind Teppei Syokudo. The eels are imported alive from Isshiki-cho of Nishio city in Aichi prefecture, where annual eel production tops the nation. They are fished out from the tank water fresh upon order, nailed down, slit open, skewered and grilled directly over charcoal flame.

The most recommended dish here is the Hitsumabushi--grilled, soy-basted eel laid out on a bed of rice in an ornate lacquer-look box. But I wondered if it's because I went on the first day of operation and the chef hasn't got a full control of the heat. Some parts of unagi was slightly charred to the point when it became rather bitter, especially for the ala carte unagi orders 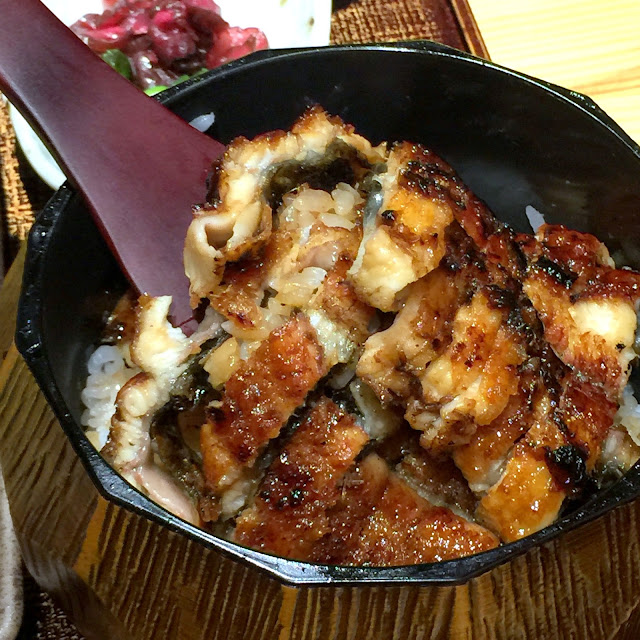 Nonetheless, there's no denying that unagi here on the overall is as tasty and fresh as it gets, not as soft and melting, but with a firmer chewy texture. Unlike the Hitsumabushi set that is served with unagi maki, the regular and large sized unadon comes with dashi maki.

But the whole point here is, there's seems to be a lot of eggs in the unagi sets here. In fact, all the sets come with eggs! And that is something I'm not familiar with. Could this be intended to cater to local preferences? But the omelette could afford to be less salty and runny. 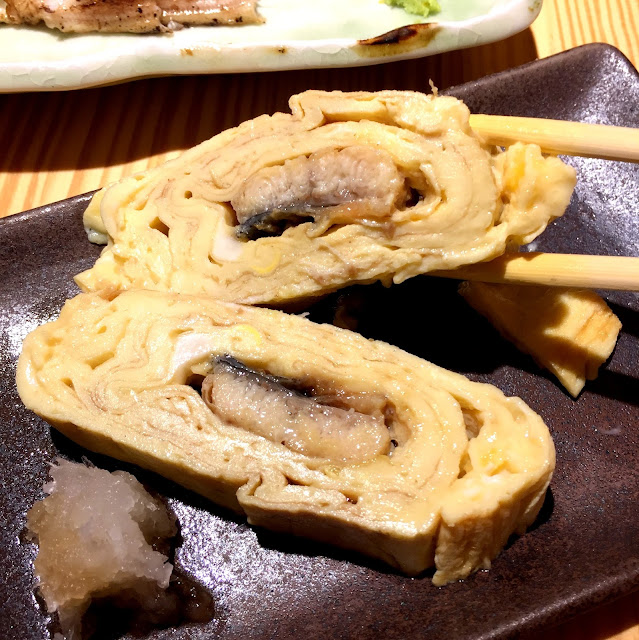 The Hitsumabushi was supposed to be eaten in three ways. Firstly, one has to eat it on it's own, followed by the second helping in a bowl with the basic spice combination of chopped green onions, grated wasabi, and nori seaweed sheet. Lastly, the remainder of about half the rice is eaten with green tea or hot broth. Do remember to ask for the tea/broth if that was left out by accident. Otherwise, your Hitsumabushi will end up being no different from a typical Unagi Don.

If those unagi rice sets aren't enough to restore your energy, get the Unagi Kabayashi or Shiroyaki style. The key difference is the presence of sauce. As much as I love the savoury tang from the basting sauce in the Kabayaki style , I adore the simple grilled aroma from the Shiroyaki. 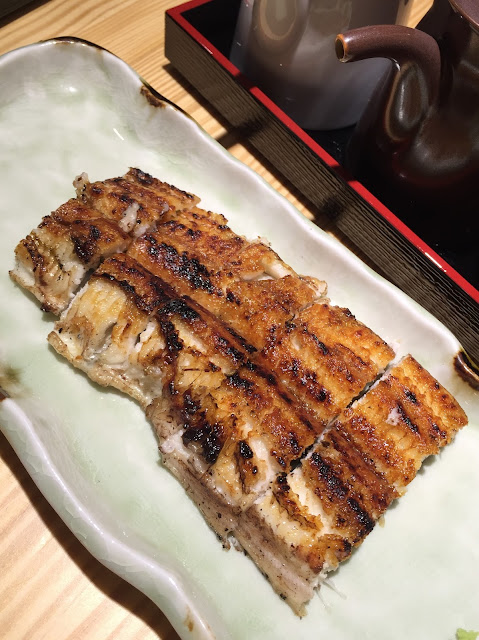 In Japan, unagi-ya typically place Yakumi and shichimi at the side of the table but here you get even more--three types of tare sauces to go with the rice. I'm not sure if orthodox eel masters would agree with giving diners the free rein on the amount of tare for the eel but the tare did help or encourage me to finish my rice. Given that this is still in its early stage of operations, I think it's better to give it more time before you head down. Hopefully by then, the queue won't be too bad. 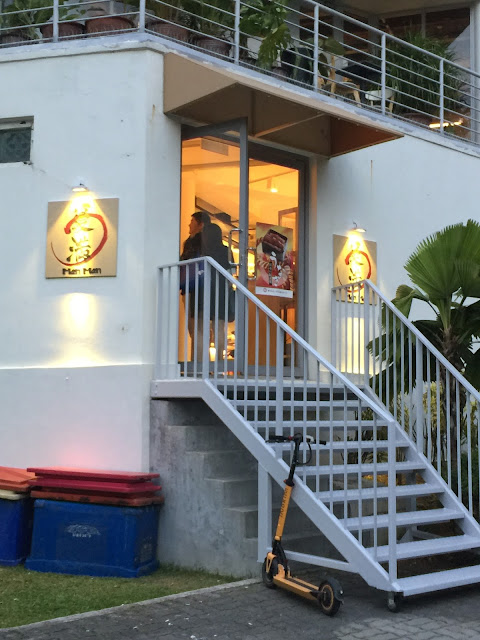 Posted by dairycream at 7:41 AM