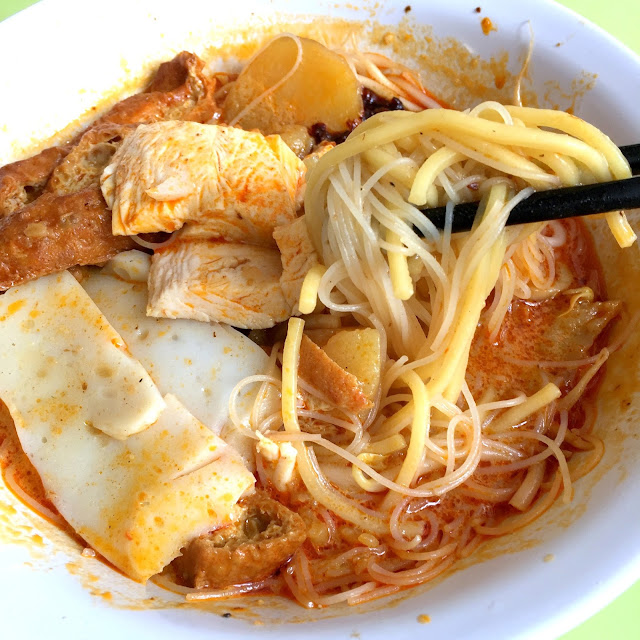 The last time I ate a curry chicken Mee was probably an instant noodle version. It isn't a dish that I would usually order at hawker centers. In the first place, there is very few stalls which sell this dish. Hence, it caught my attention to see two stalls selling curry chicken Bee Hoon Mee at Hong Lim Food Centre. And they are located right above each other! 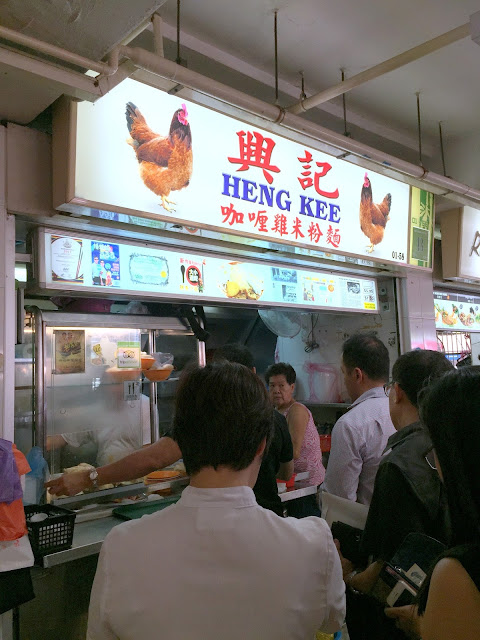 I was deliberating which stall to try as both seemed to be highly recommended by the media, judging at the no. of posters and newspapers clippings displayed at both stalls. Heng Kee at 1F seemed like the more popular stall as its queue was longer (yet moving at a far slower rate) than that of Ah Heng on 2F. What to do? Try both lor! 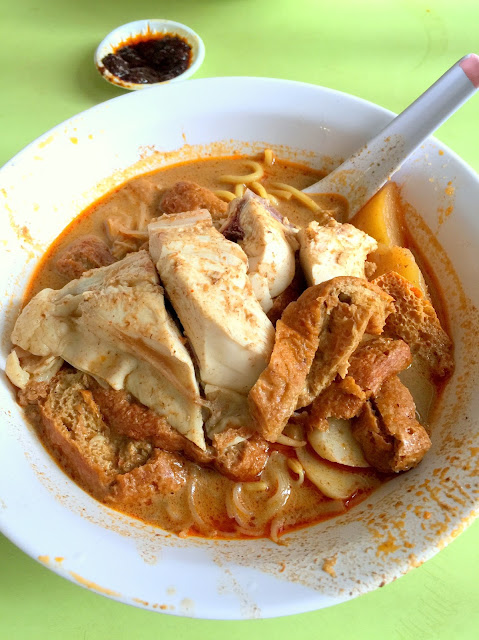 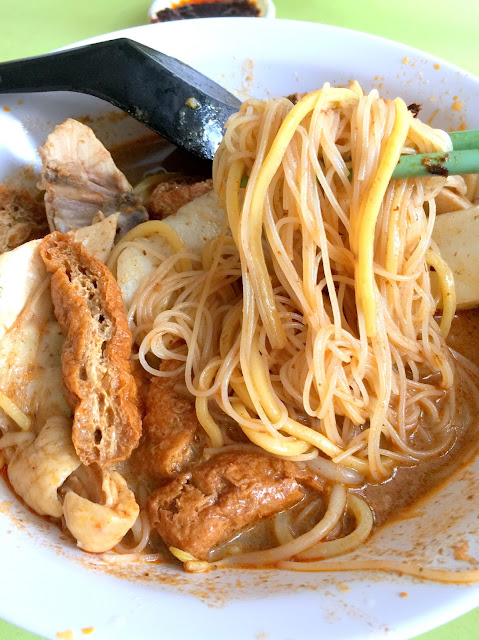 In terms of portion, Heng Kee wins even though the smallest bowl here is $5 vs the $4.50 bowl from Ah Heng. Heng Kee's bowl was flourishing with plenty of toppings including chunky chicken drumstick, tau pok and salty fish cakes. On the other hand, Ah Heng's bowl was quite deserted with no more than two slices of chicken breast meat, tau pok and fish cakes. 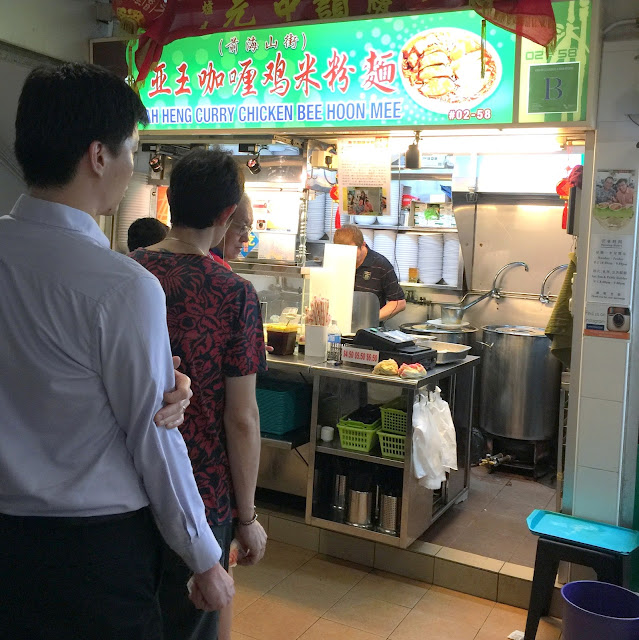 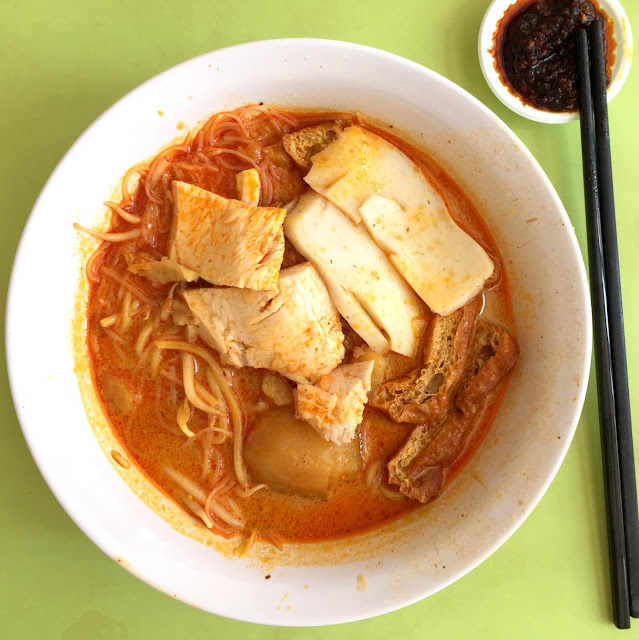 However, we prefer Ah Heng's bowl as the curry flavor was more potent and robust, beefed up by the sambal chilli that had a punchy Hae Bee taste. Heng Kee's curry had a creamier mouthfeel and milkier taste. Its silky, greasy texture coated the throat smoothly, which is not necessarily a bad thing for those who like curry with a higher ratio of coconut milk. Even though Heng Kee's sambal chilli came like a scarce commodity (limited to one serving per order), I did not find it any special and it was more like a pool of chilli oil than chilli.

Eventually, I found myself slurping up more curry from Ah Heng's bowl and I won't mind going back for it again.