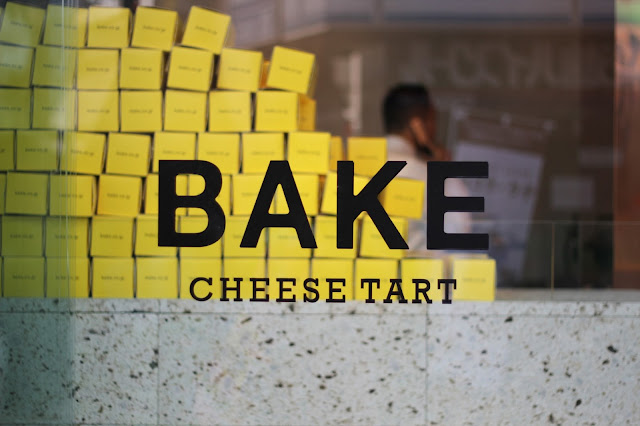 You must have heard about it by now.

BAKE, the legendary cheese tart shop from Japan will open its flagship store @ ION Orchard tomorrow, 29th April. Looks like there is going to be a fierce cheese tart war in Singapore as local competitors like Antoinette, Prima Deli and BreadTalk have already entered the hot cheese scene with their own versions of cheese tarts!

But I guess nothing can be compared to BAKE, the godfather of this cheese tart, which constantly attract a long stream of customers to queue at any of its domestic or overseas outlets. 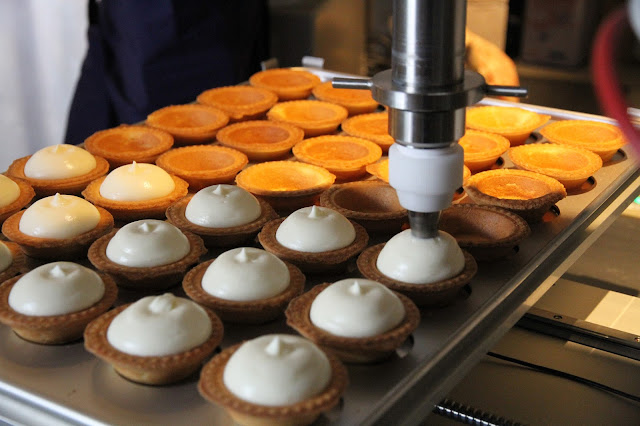 Made with three types of cream cheese (2 from Hokkaido and 1 from France), the cheese mousse filling sits in a twice-baked dark golden brown cookie shell.  Being committed to ensure consistent quality and perfect standards, the tarts are produced in the Sapporo central kitchen and flown in every two weeks. So now you know why they are more expensive than the ¥200(~$2.40) ones from their outlets in Japan.

That said, do you know that these crazily popular tarts are actually born in Singapore? 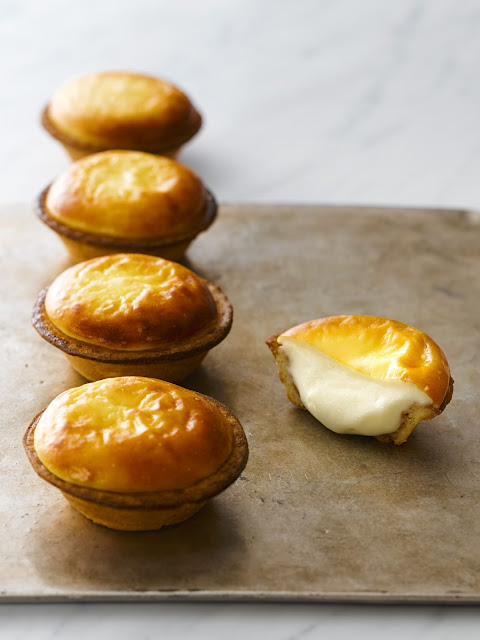 The chain's president Shintaro Naganuna shared the story of how the cheese tart was born when Kinotoya, the popular Sapporo confectionery run by his family, was invited to participate in Meidi-ya's Hokkaido Fair at Liang Court. The shortage of paper boxes inspired Mr. Naganuma to bake the originally chilled blueberry cheese tarts in the oven and serving them warm instead, which unexpectedly became a major hit with customers in Singapore. So when he returned to Sapporo, the shop started retailing baked cheese tarts and the cheese fever was sparked ever since then.

As I have written before, these cheese tarts are not molten like lava. But this doesn't make them any less delicious than those flowy pastries what most Singaporeans get hyper over. They are light, yet creamy. If you leave them in room temperature, you can hear the "tsk" "tsk" sound as you press the filling gently, just like air sacs being compressed. 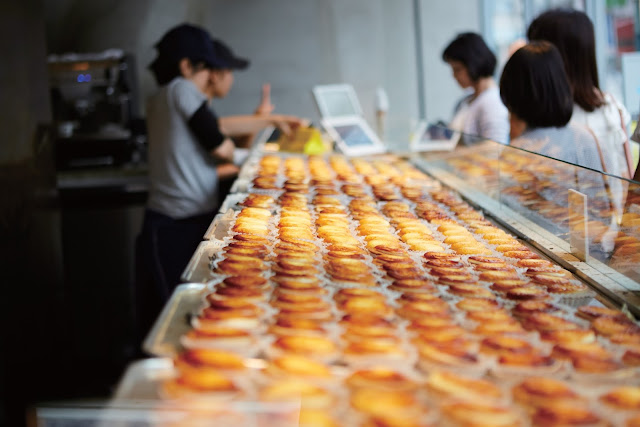 However, I won't claim that it's THE perfect cheese tart, because everyone has their own standards and definition of one. Just like Pierre Herme's macarons or Lord Stow's portugese egg tarts, some people love them some people don't. In fact, I have quite a rocky love relationship with BAKE Cheese Tart.

My first BAKE Cheese tart was bought from the Shinjuku outlet. I toasted it up in my little flat and really enjoyed the rich buttery taste of the pastry. The cheese filling achieved a good balance, neither too sharp nor too sweet. You can read here to see how crazy I was about BAKE back in 2014. BUT during my revisit to the Jiyugaoka outlet with my family, both the tart and the cheese were disappointingly too sweet. 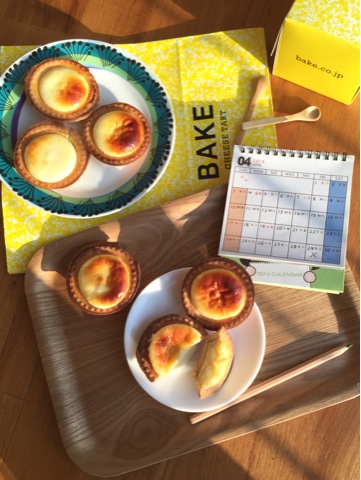 And now back in Singapore, I reunited again with this cheese tart. With such a humidity environment in Singapore, I wasn't surprise to feel the "dampness" of the pastry shell after leaving them a night in the fridge. The golden coloration given by the brush of egg wash was not consistently observed in every tart. So the key was to resuscitate the tarts by reheating them in my oven. The texture was just as crumbly as what I had the first time and the sweetness was under control. Delicious.

Hence, I highly recommend you to consume it when it is piping hot, straight out from the oven unless you don't mind softened pastry crust. (Don't worry you won't get a cat's tongue) However, the flipside of consuming it warm is that the cheese flavour will not be as intense as when it is chilled.

So I shall leave it to you to make your own judgement whether it is the perfect or best cheese tart ever in your life. After all, there must be some reason for its unwavering since 2011.

Posted by dairycream at 7:43 AM