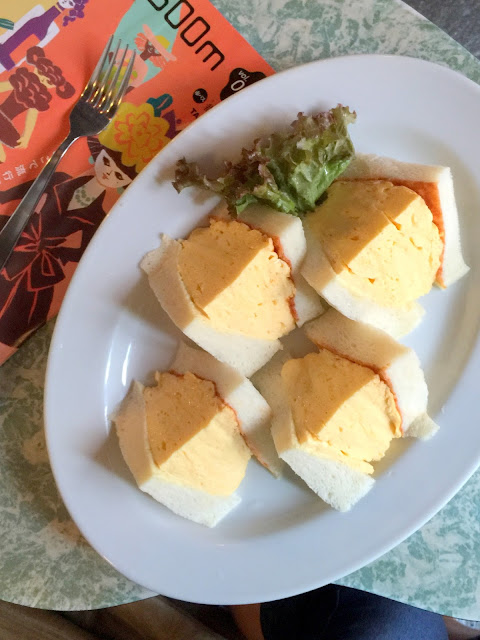 Oh my god...what s*** did I land myself into for ordering such a huge sandwich? I didn't expect the legendary Kyoto egg-sandwich to be such a monstrous size. I'm sure you must be laughing at the photo and thinking "Very Big meh?" OH YES, IT IS! Probably the biggest of your life. 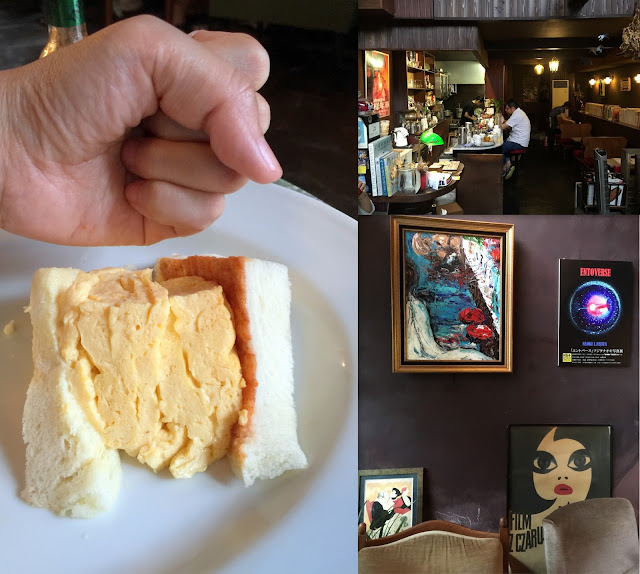 Of course, I myself had seen photos of the egg sandwich and they all looked so petite. But now I know photos can be so deceiving because one piece alone is bigger than my fist! Look closely, the plate covers almost the width of the table. Of course, there's no issue with the mega portions if someone's sharing with you. 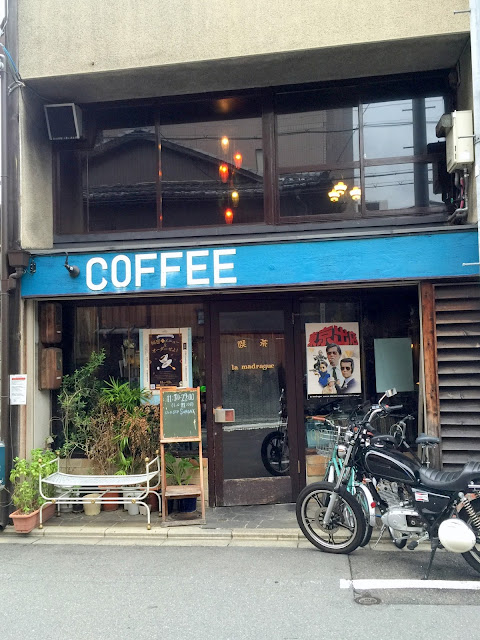 Beyond this size, this is not just another ordinary egg sandwich. It's the legendary Corona Sandwich invented by now-defunct Showa Cafe "Corona" that has won the hearts of local Kyoto people for years since its opening in 1945.

Although it also sells other Japanese western food like pork cutlet and Napolitan pasta, people queued for the egg sandwich. There was so much love that the closure of "Corona" in 2012 caused an uproar and strong calls to revive the sandwich.

It was during this period when the current owner of La Madrague, 三四郎, got the opportunity to learn the recipe from the 96-year old owner of Corona and continue to serve this beloved "fuwa-fuwa" sandwich in his retro coffee shop La Madrague. 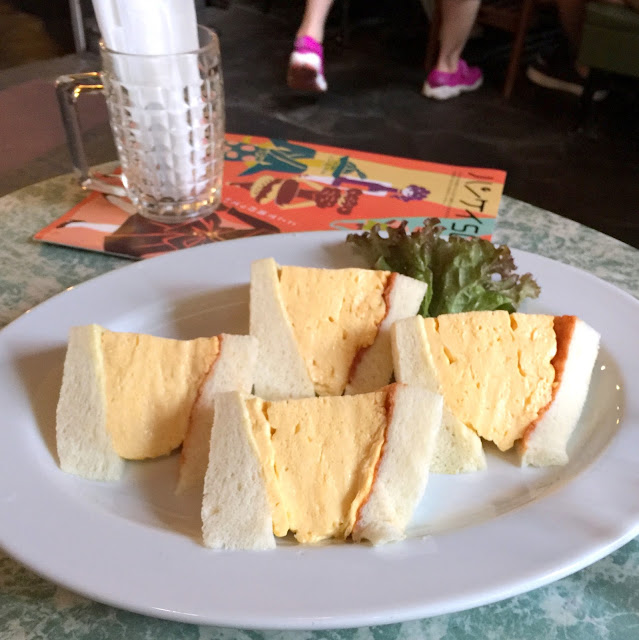 And the taste is as nostalgic as the space. Unlike Songbird's egg sandwich that is slathered with kewpie mayo, the fluffy soft shokupan (white bread) is simply dressed in a thin spread with tomato sauce.

God knows how many eggs are used but the egg-milk mixture which is cooked by the steaming method, produces such a wonderfully wobbly texture that still hold its shape well without being too scrambly.

There's a kind of umami depth in the eggs which works a little like Chawanmushi, a huge contrast from typically flat-tasting western or Chinese omelette. It was surely delicious and the tomato sauce provided a much-desired tangy sparkle to keep the tastebuds awake.

But I won't say it's out-of-the-world kind of egg sandwich. I still prefer Songbird's version but I guessed that's a matter of personal preference and .... age :P 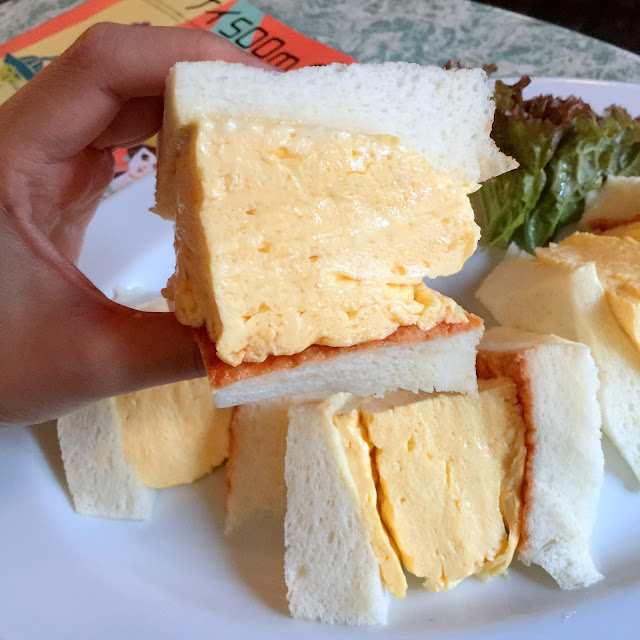 The owner recently opened its first branch cafe outside Kyoto right in Kagurazaka, Tokyo and now hovers between the two cities to manage the shops. But I highly recommend anyone to come to Kyoto for the original flavor.

One reason being that the ambience of this location makes this nostalgic experience complete. The 1950s American movie posters and magazines from the postwar era makes you feel as if you are stepping into another era, a pretty free-style and hippie one.

That said, it also means that someone may just lit up a cigarette halfway through your meal.