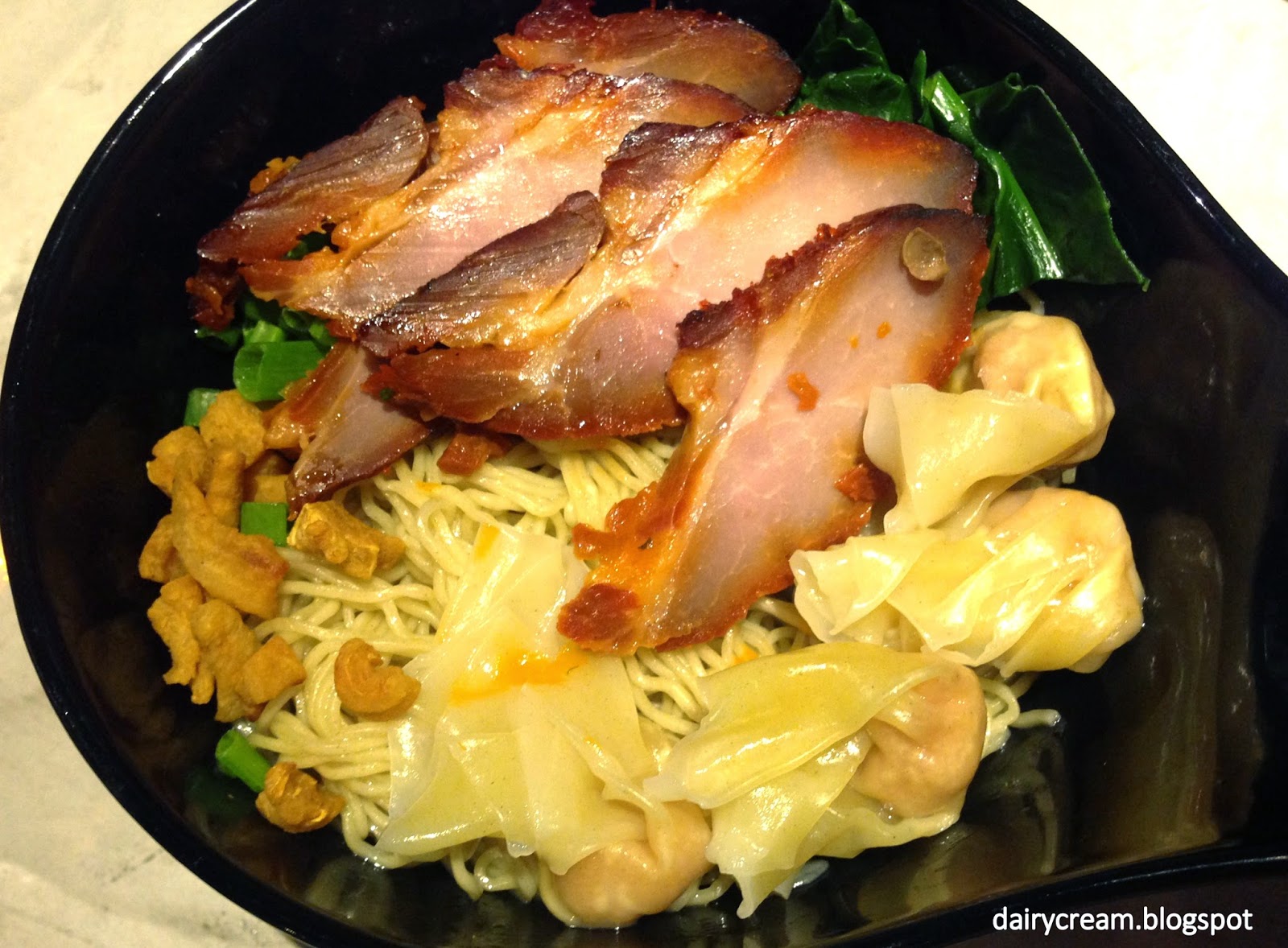 Another Thai Wanton Mee? Yes, it seems like Thai Wanton Mee has become more popular these days. After Soi 19 and BaaMee, Thai in Town is my 3rd stop for Thai Wanton Mee and the good thing is that they sell more than just the noodles. In fact, it is a very new casual all-day eatery establishment along Upp Thomson Road that sells the usual Thai cuisine.
At $6.90, the Wanton Mee is one of the most beautifully plated version yet it is also the driest one. Technically, the flavours of Thai Wanton Mee tend to be less plain than our local style so I was prepared to toss them with the fish sauce and chilli for that nice kick.

Yet, the noodles posed as a major hurdle as they clumped together in a bad shape, barely inseparable from one another. Both the wanton skin and meat were also stiffened, though the smooth slices of char siew were given more meticulous treatment than  those from Soi 19 and Baa Mee. 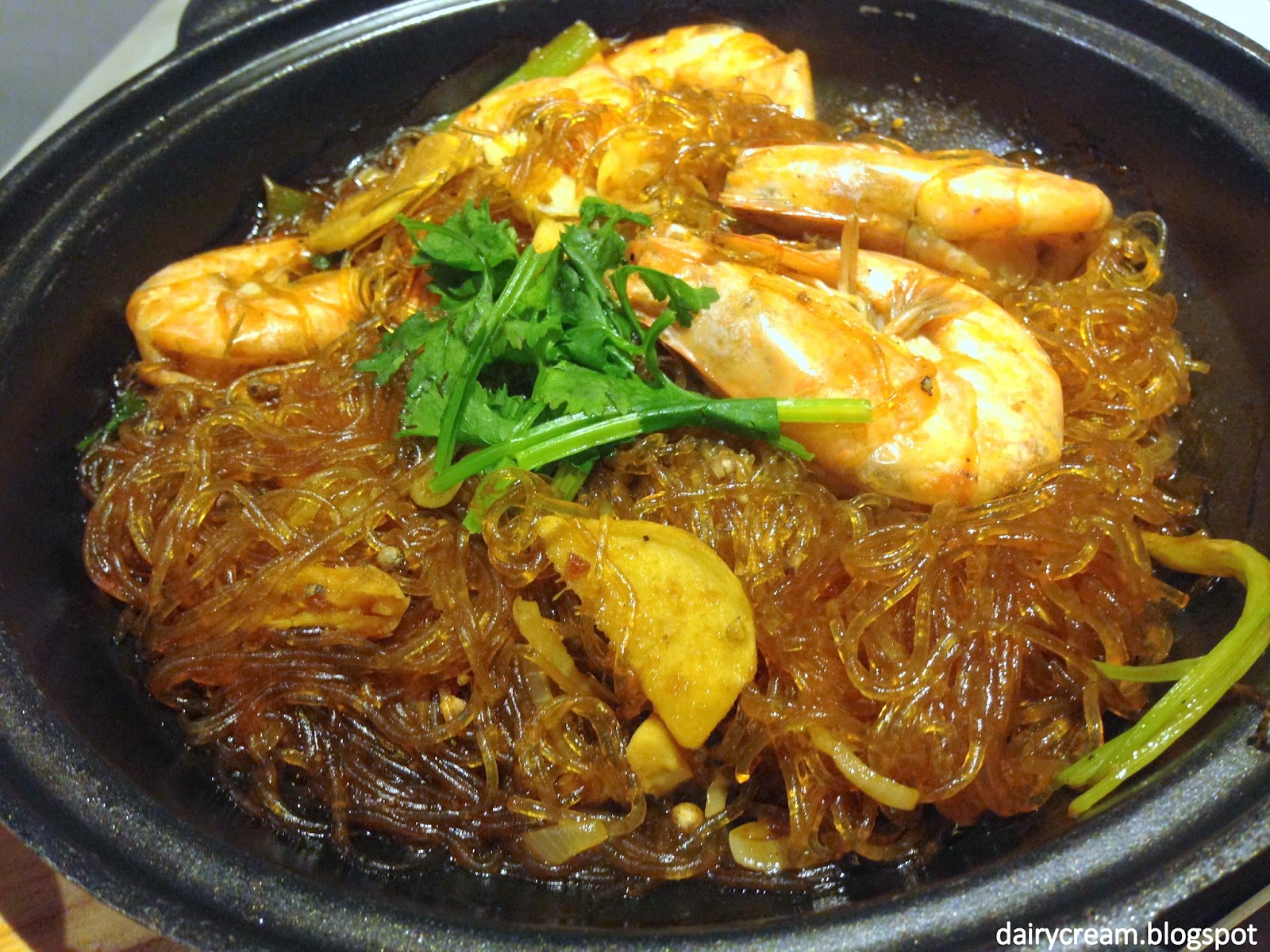 Instead of the lackluster wanton Mee, I would highly recommend the Claypot Prawn Tanghoon ($14.90). The Tanghoon are throughly infused with the flavour of the prawn stock and was sufficiently peppery to the degree of not over-killing the taste buds. They were generous with the prawns, peeled garlic cloves and not to mention, the ginger that added some interest.
But the best thing about this dish is how well it complemented with the sour Chilli condiments at the side of the table. The portion is enough to serve as a staple for two pax, if you are ordering other sides. 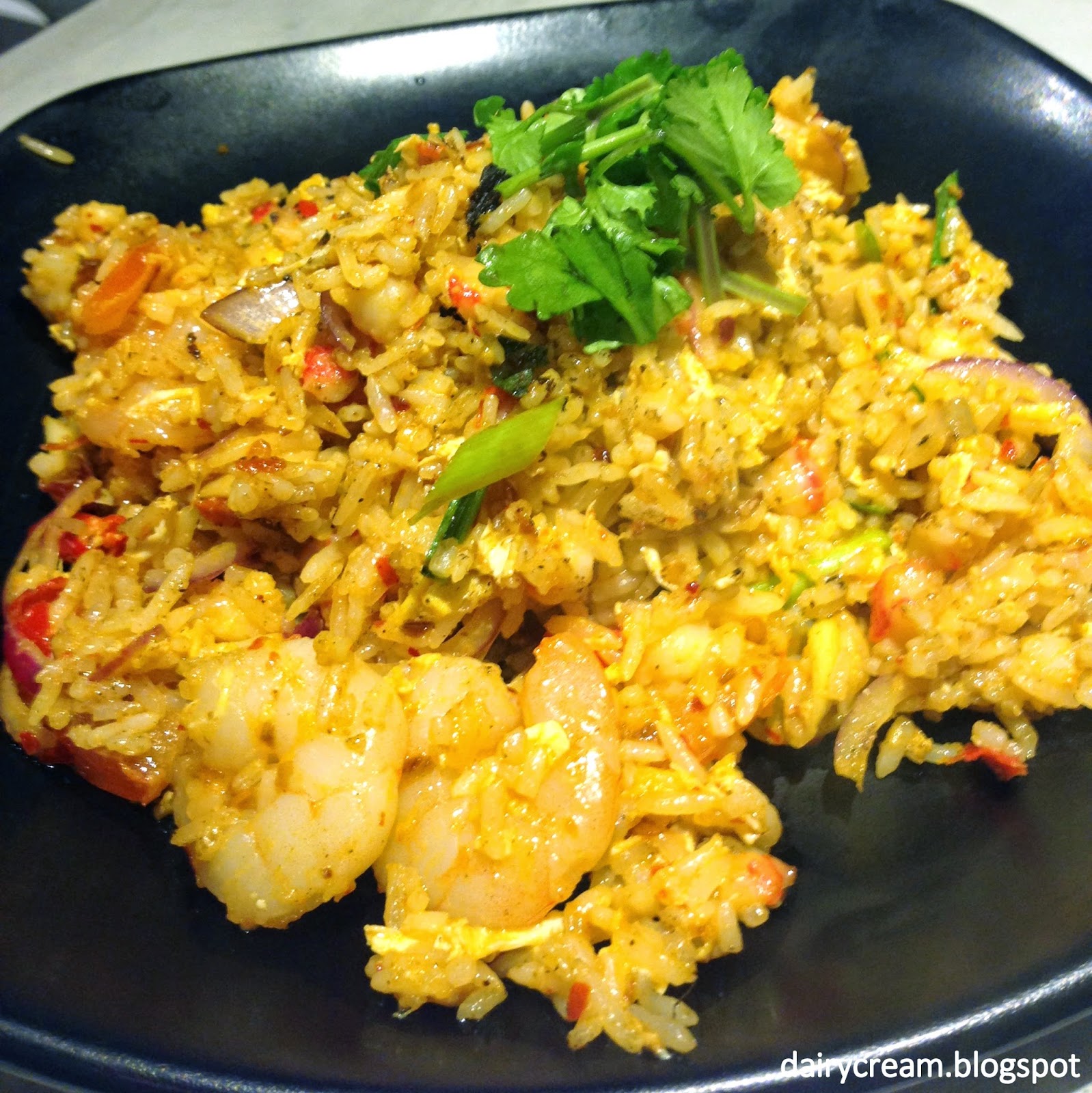 The Tom Yam Chicken Fried Rice ($6.90) was delicious too. Tossed with red chilli and shallots, this was adequately moist and only mildly spicy. 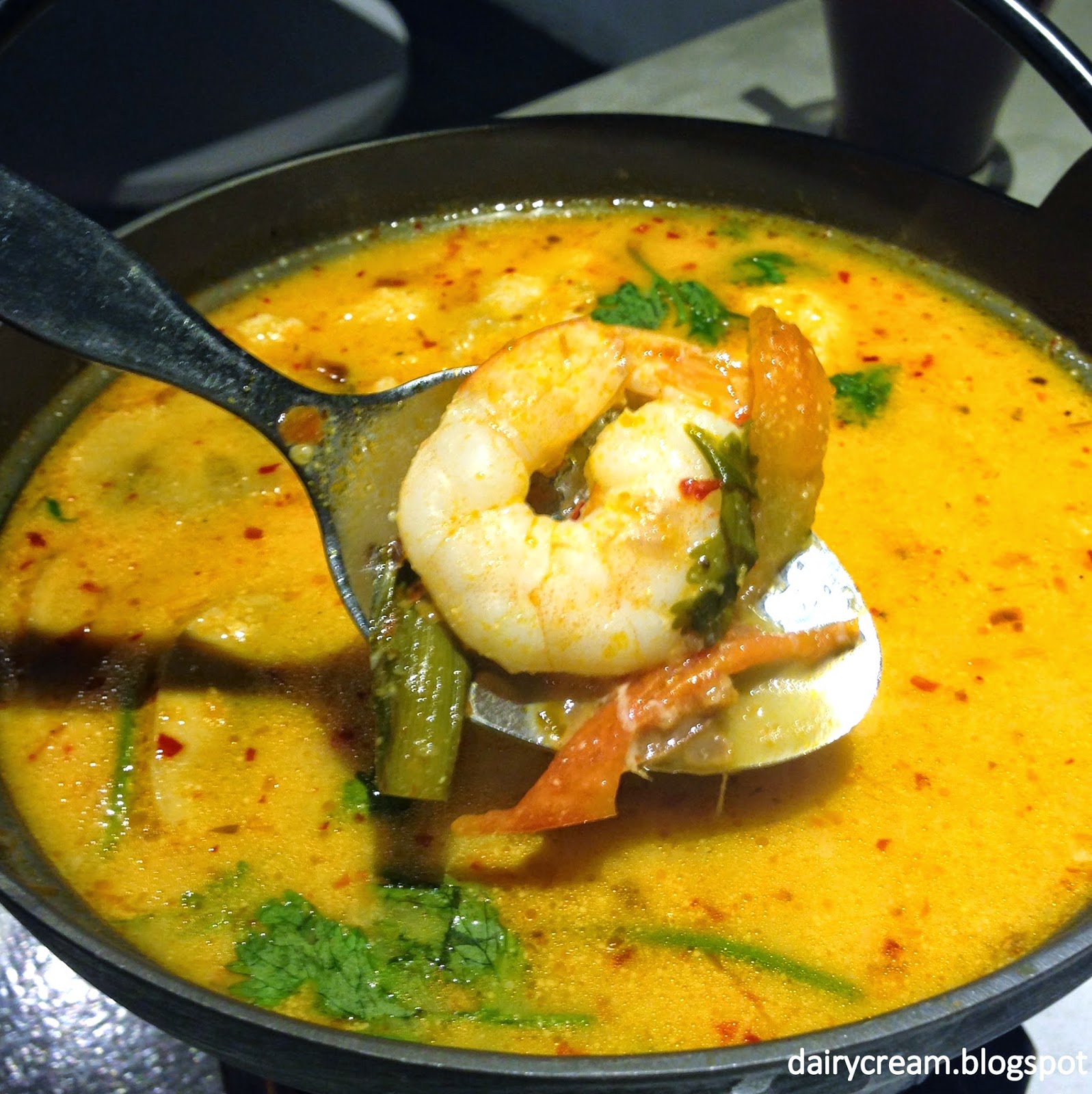 The Tom Yam Soup ($12.90) is robustly punchy and well-penetrated with the flavours of galangal and kafir lime. However, the Folks found the fish not very fresh and preferred the clear soup version to this coconut-milk based one. 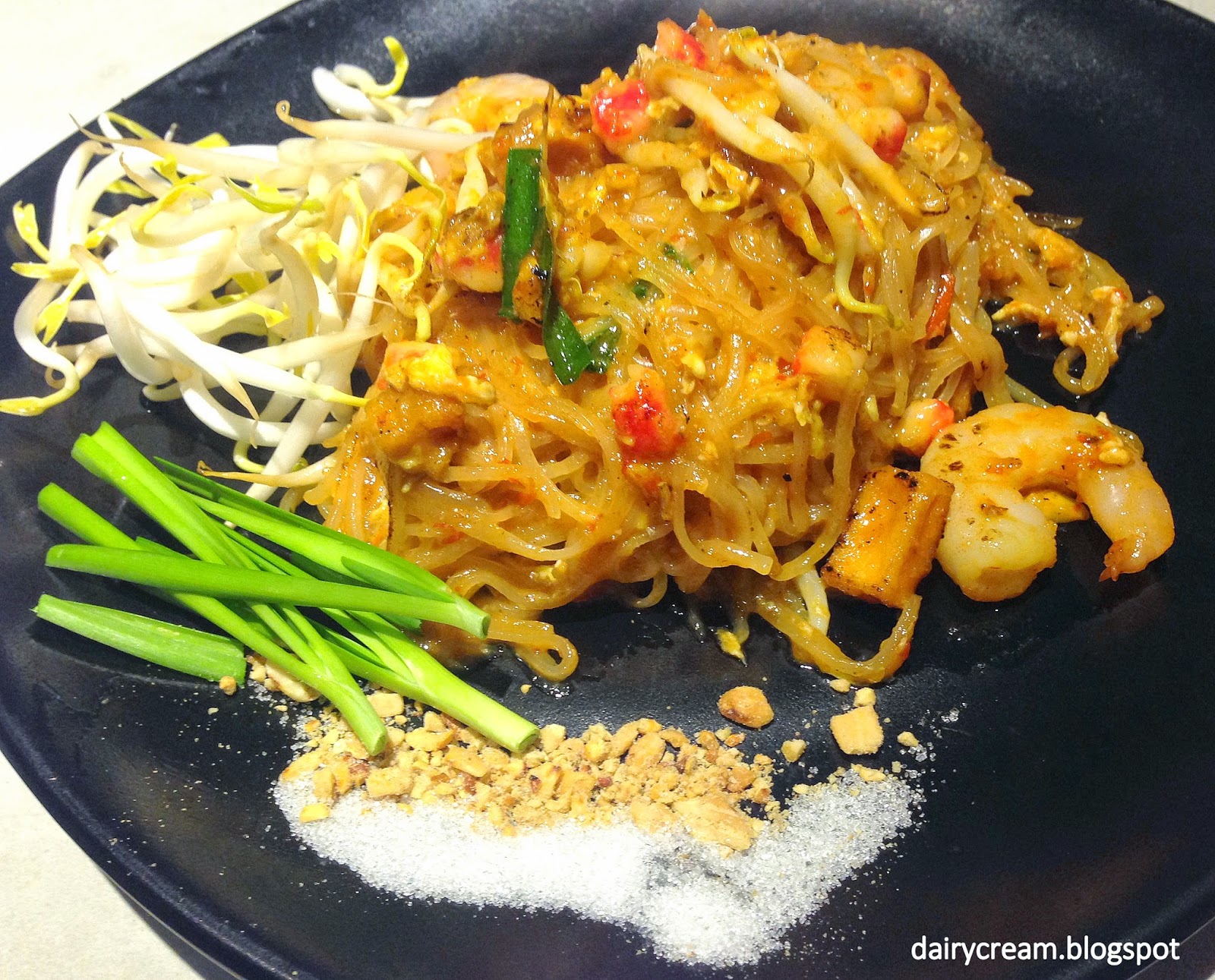 Served with peanuts and sugar at the side was this plate of seafood Pad Thai ($7.90) that was moist and fragrant with bits of scrambled eggs. I enjoyed the sweet and sour flavors but the clumpy, over-chewy noodles mired what could be a satisfactory experience. 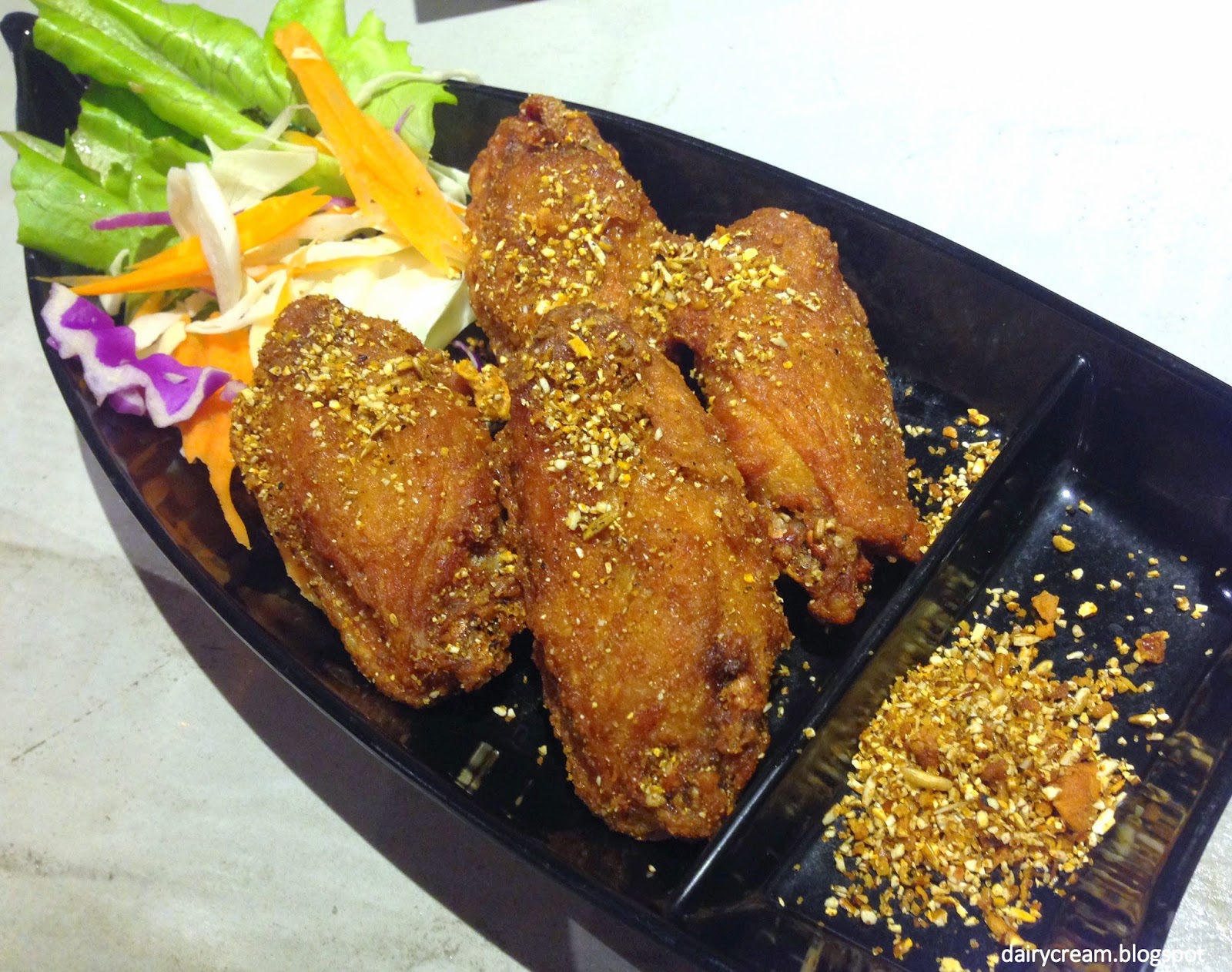 I only got to the Gai Tod ($5.90/4 pcs) at the very end but the golden exterior remained light and crisp. Instead of dipping sauce, they were served with crunchy mixed spices--a rare sight for chicken wings in Singapore--that perfumed the meat with a tantalizing aroma. I think this plate would easily make chicken wing lovers swoon for more.
There are Red Ruby and Mango Sticky Rice under the desserts option but we headed straight for the Chocolate Toast with Ice Cream ($10.90). 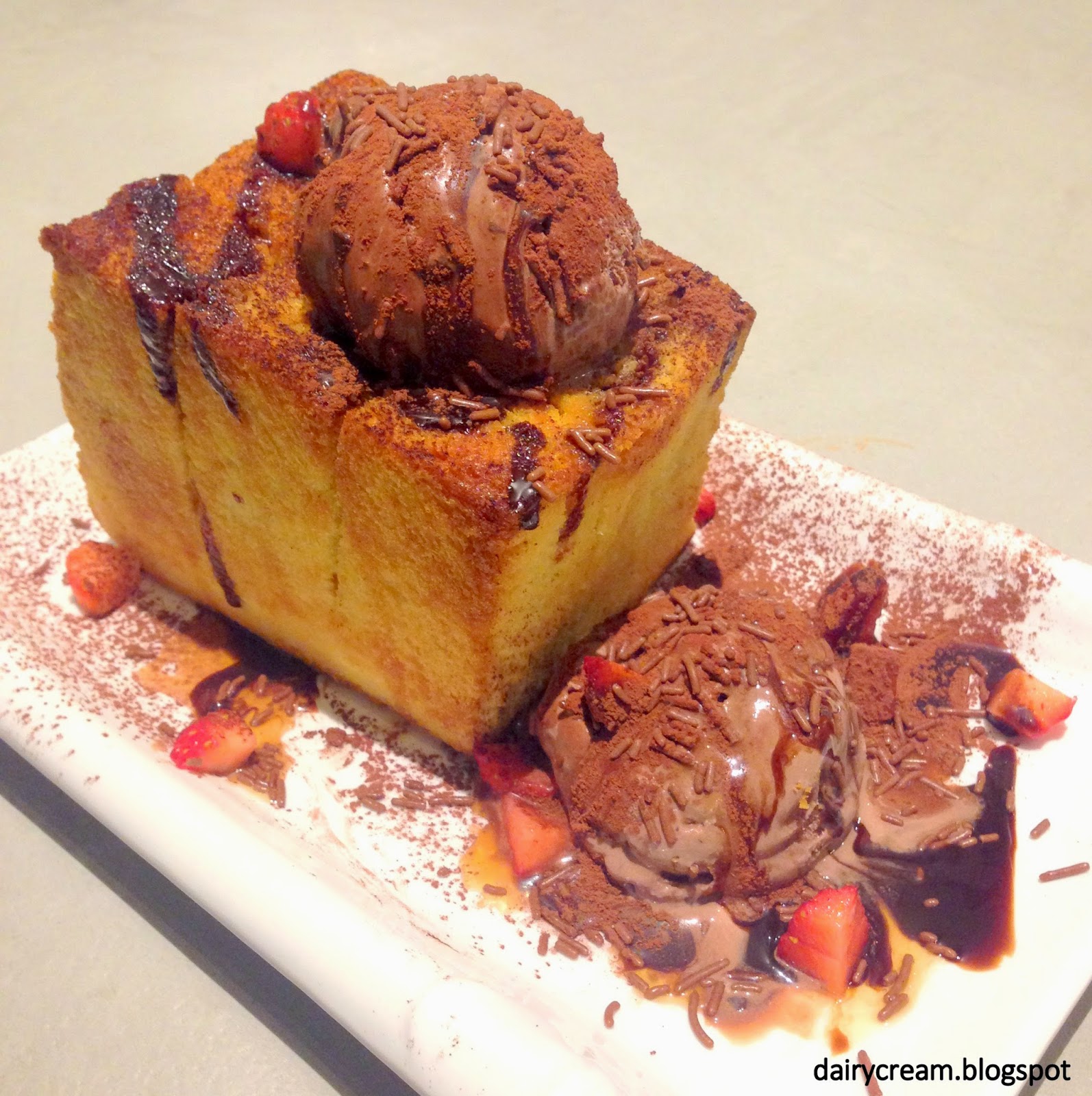 This was much bigger than the one from Xin Wang and would already make one full meal alone. It was clever for them to serve two scoops of chocolate chip ice cream because one would be too little. The bread itself is already very enticing because the outer wall yielded delicately crunchy bites while the inner walls are painted with butter that exudes an subtle savory allure. 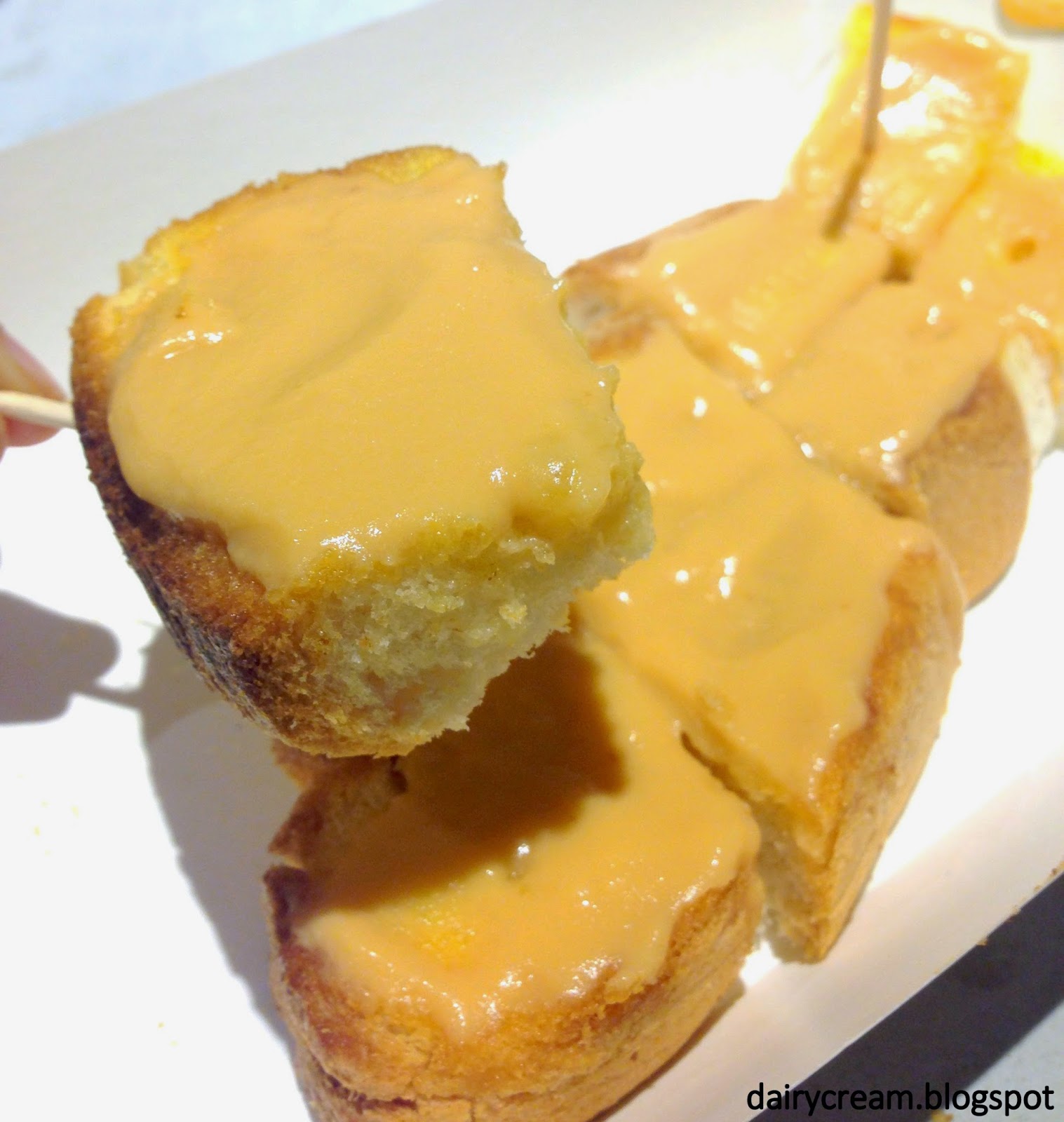 I was itching to try out the BBQ bread with Thai Tea Sauce ($2.20) since the toast earlier was so yummy. They also serve steam breads in dim sum baskets with various dips like kaya, chocolate, condensed milk and sugar. However, the Thai Tea Sauce was rather elusive and the layer of butter spread easily dominated the flavours. 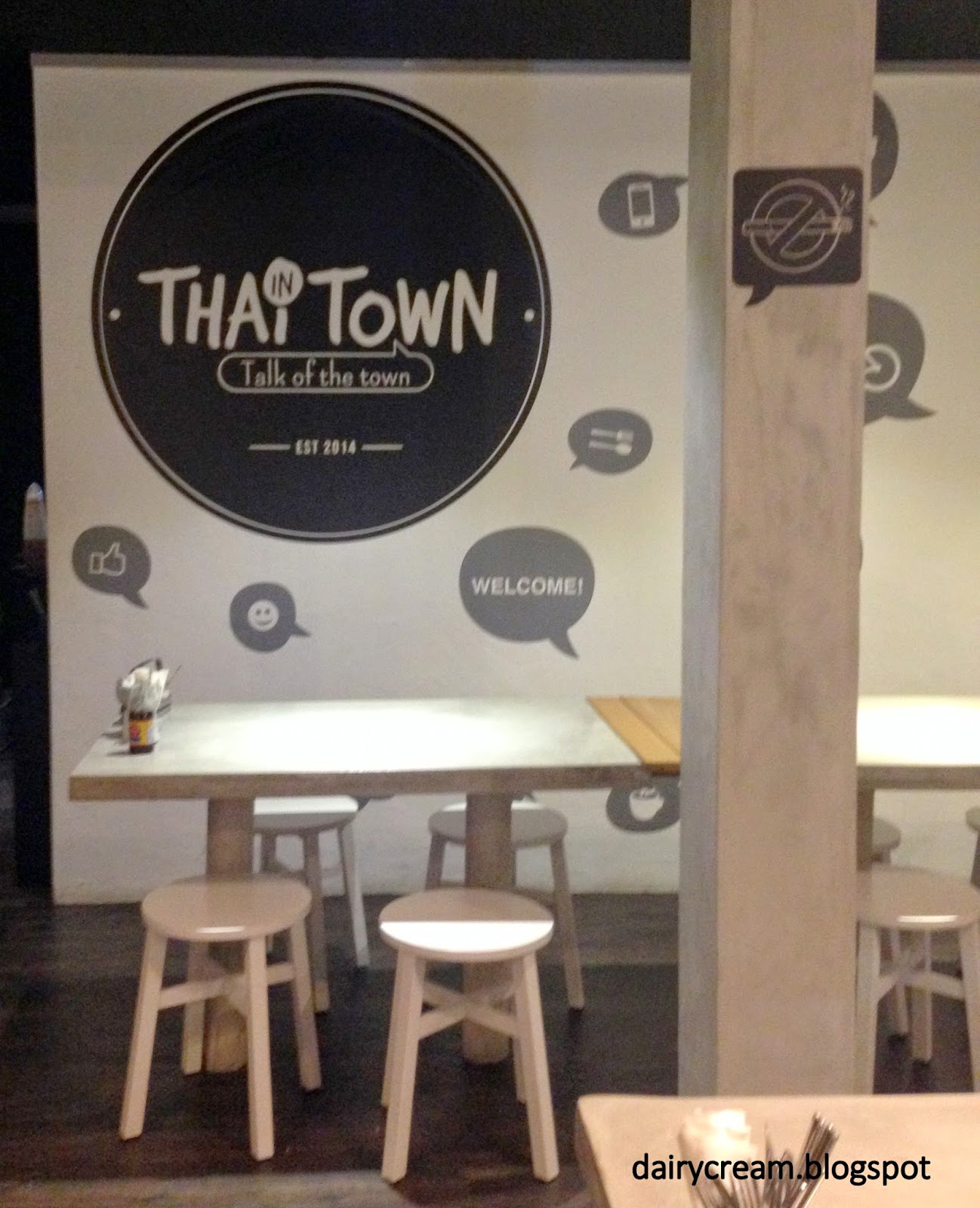 The food here is overall quite good, except for the Wanton mee and Pad Thai which have potential to shine on the tables. Good to know that there is NO service charge and GST :)