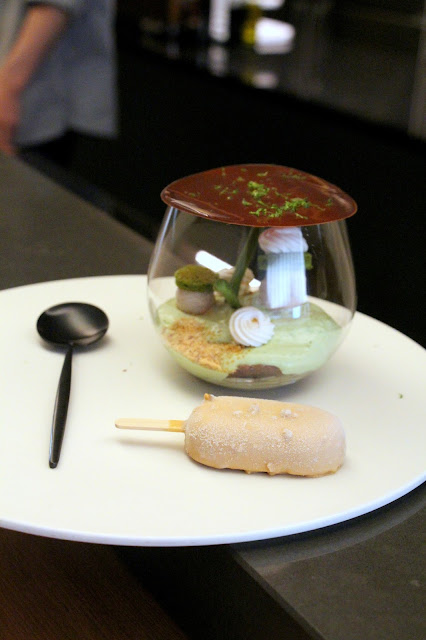 Pour the hot chocolate to melt the chocolate cover and proceed to enjoy the dessert in the glass. This is pretty much the same formula which has been recycled in different ways in other parts of the world but I wanted to try it because the person behind this is the famous Chef Kakimoto.

Assemblages Kakimoto is a newly opened shop in spring 2016 by Chef Kakimoto who previously assumed the role of patissier chef and advisor of the renowned chocolate shop Salon Du Royale in Kyoto. With numerous accolades under his belt, he is popular and well-respected figure in the local chocolate scene, with fans who made trips all the way just for his chocolate creations. It's no wonder that his first independent venture has been closely watched by the media. 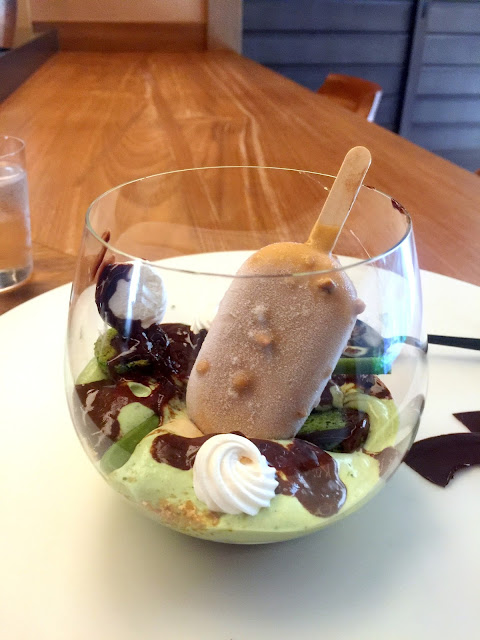 Decked in clean, white polished walls, the front of the shop gives a very bright clear view of his entremets that are displayed like art pieces in a museum. Walked past the door and you'll be greeted by a darkly lit L-shaped counter table and the shelves arranged with all kinds of sake and French wine. It's similar to Toshi Yoroizawa's salon but the atmosphere is much serious and even a little sacred, looking over a Zen garden that suggests that silence is gold here.

The plated dessert which I've ordered did not took a very long wait, but I wished Kakimoto san could arrange someone more professional to do the desserts if he wasn't there himself because the lad that was in-charged was sloppily dressed and looked super unprofessional. I even thought he was a school dropout! That definitely spoils the experience no matter how well executed the dessert is. 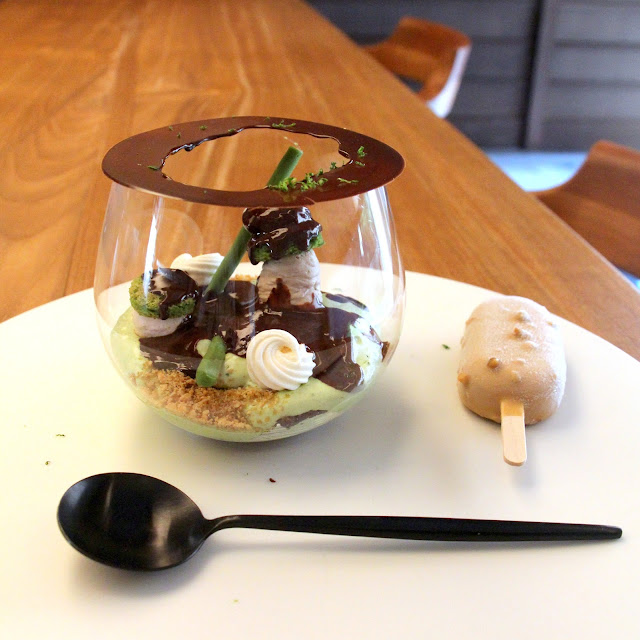 And that was true. The Vert was like a beautiful edible garden of mushroom-shaped chocolate mousse, marshmallow , Matcha mousse, Matcha sponge and matcha chocolate stick. The mousse here isn't those that melts instantly. They were sticky and airy, like Cadbury Aero Chocolate.

The matcha was of superior quality but what impressed me was the grated blue yuzu which provided a very nuanced but pleasant citrus whiffs that somehow unified all the 10 different elements here. Lying beside the glass was a Tonka Nougat Ice Cream which I was instructed to eat with the main dessert when I am halfway done with it. That atas magnum stick was excellent even though I figured that it would be still as delicious on its own.

If given a choice, I would just stick to the the entremets because simply they gave me a longer lasting satisfaction. 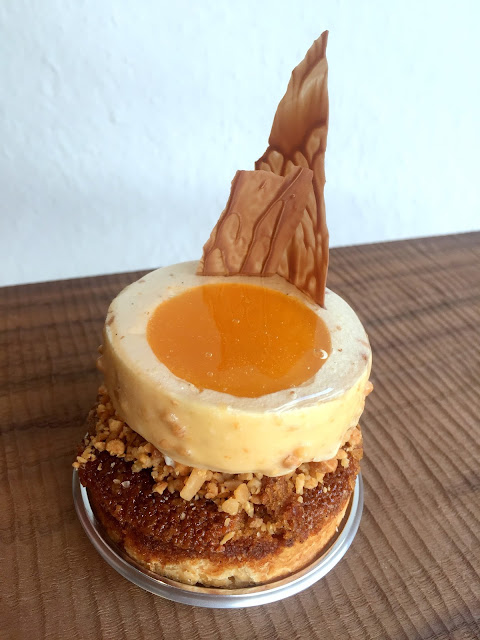 アプリコット (¥580)
甘酸っぱい杏タルトとクリーミーなアーモンドのマリアージュ
The Apricot grabbed my attention instantly with its thin chocolate film that resembles an eagle's feather. The apricot mousse was creamy and not too nauseatingly sweet, with a crunchy base fortified by the roasted almond nuts. This is probably the most beautiful and delicious apricot tart I've ever had! 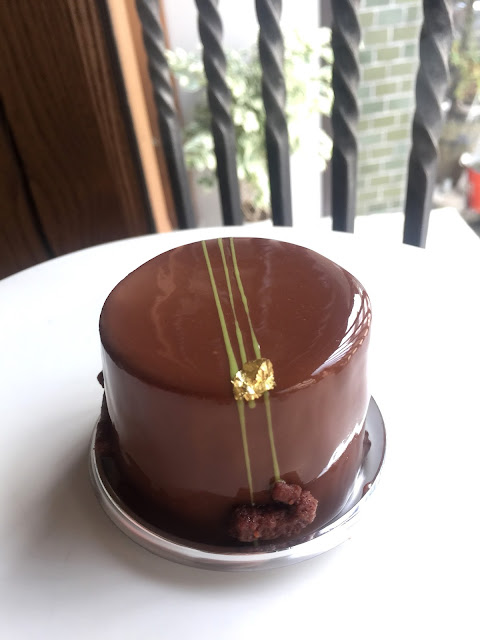 What truly showcased his mastery in chocolate was this shimmering piece of Chocolate Tonka that had such a intricately silky mousse which should not be hastily consumed. Matcha took a backseat here as a sponge but it still maintain a cool posture of its own without stealing the limelight away from the Tonka chocolate and crispy cacao nibs. 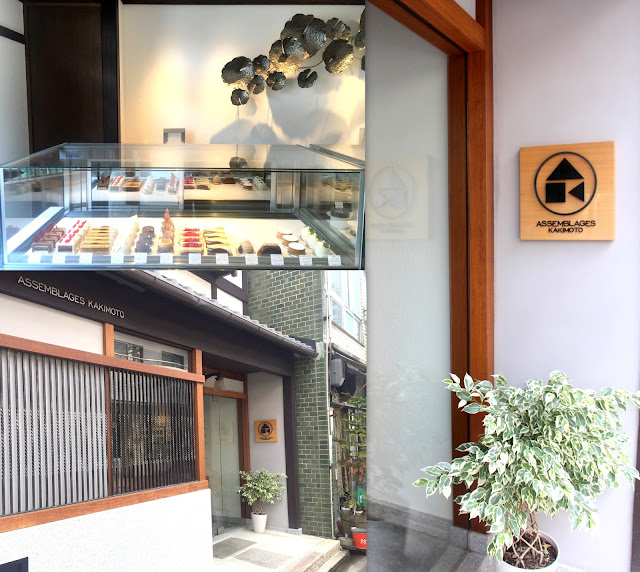 Come by at night and this place transforms into a fine-dining place serving dinner course that costs as much as ¥12,000. It's the first time I come across a patissier who also calls himself a chocolatier and a cuisinier at the same time ( As described in his website). And it will be another whole story to tell if his savoury dishes lived up to his name as well.