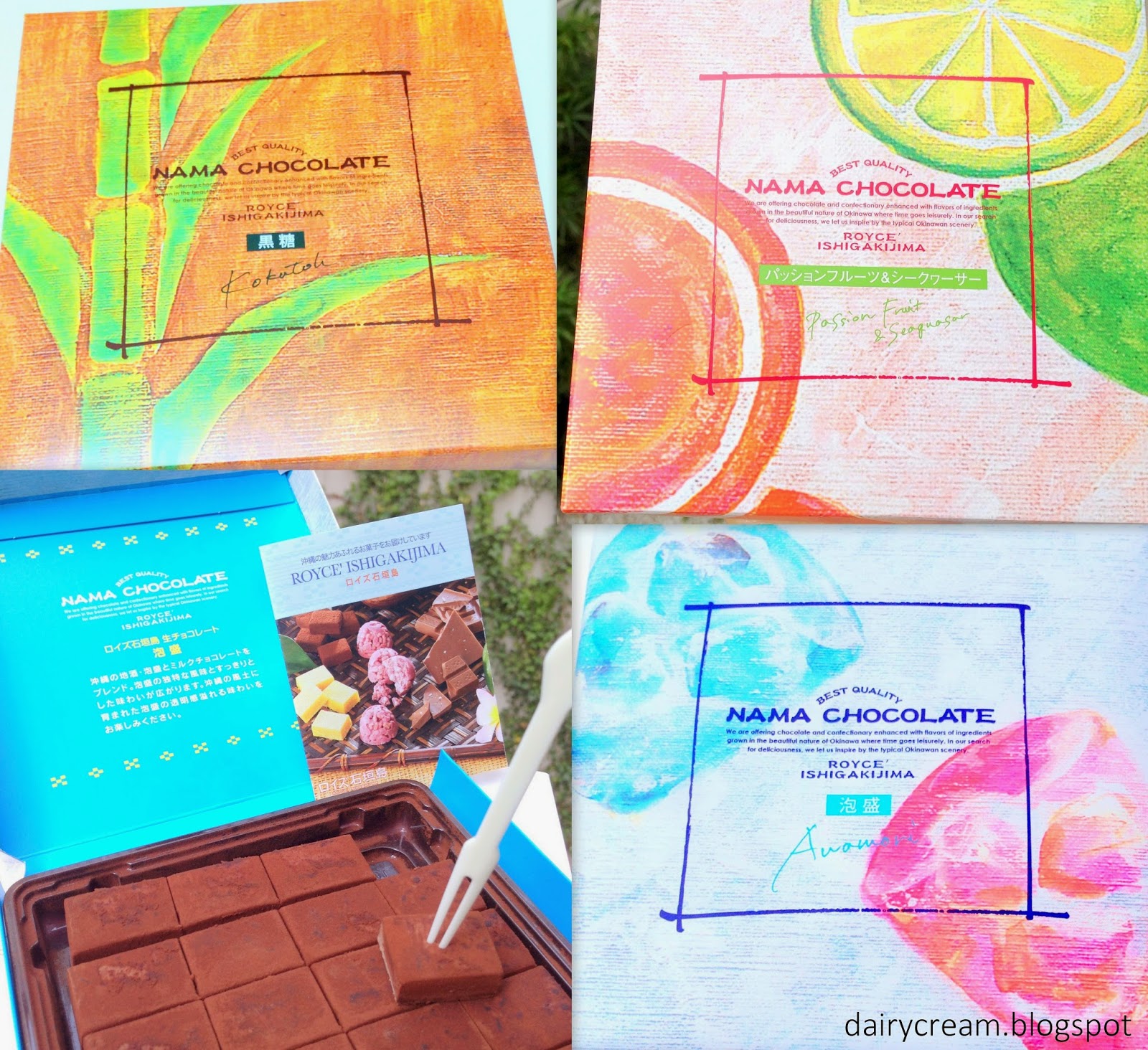 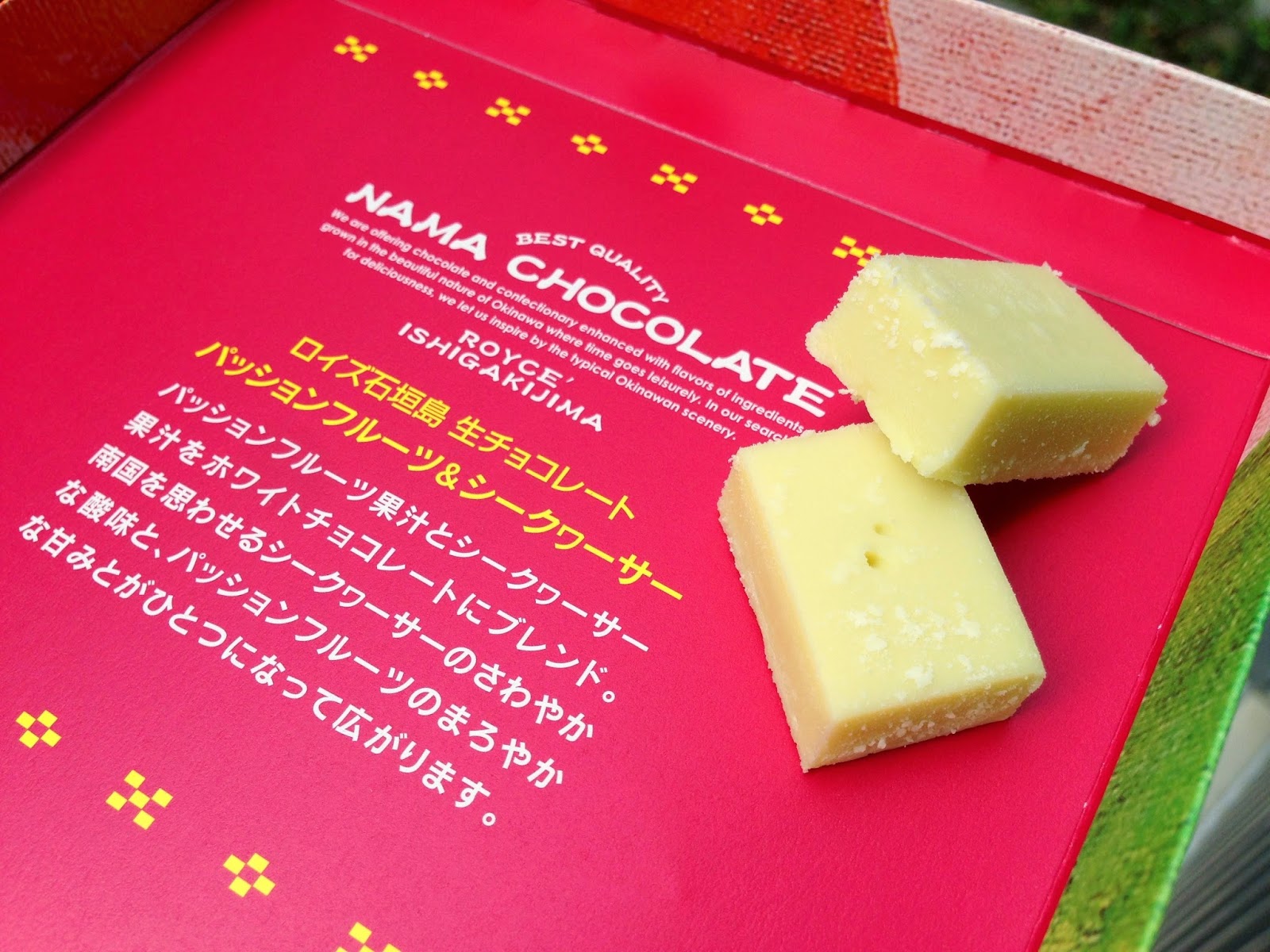 Not a fan of fruit blended chocolates but out of Mango, Pineapple, Passionfruit and Lime, I chose the last one, thinking that it would be at least be not too sweet. However, it was so sweet and I am glad I hadn't bought the other two.

Meanwhile, Okinawa is famous for its distilled liquor aka Awamori and so it was churned into Royce Nama Chocolate as well (See Blue Package). The alcohol is rather mild so I'm sure kids can take it as well. 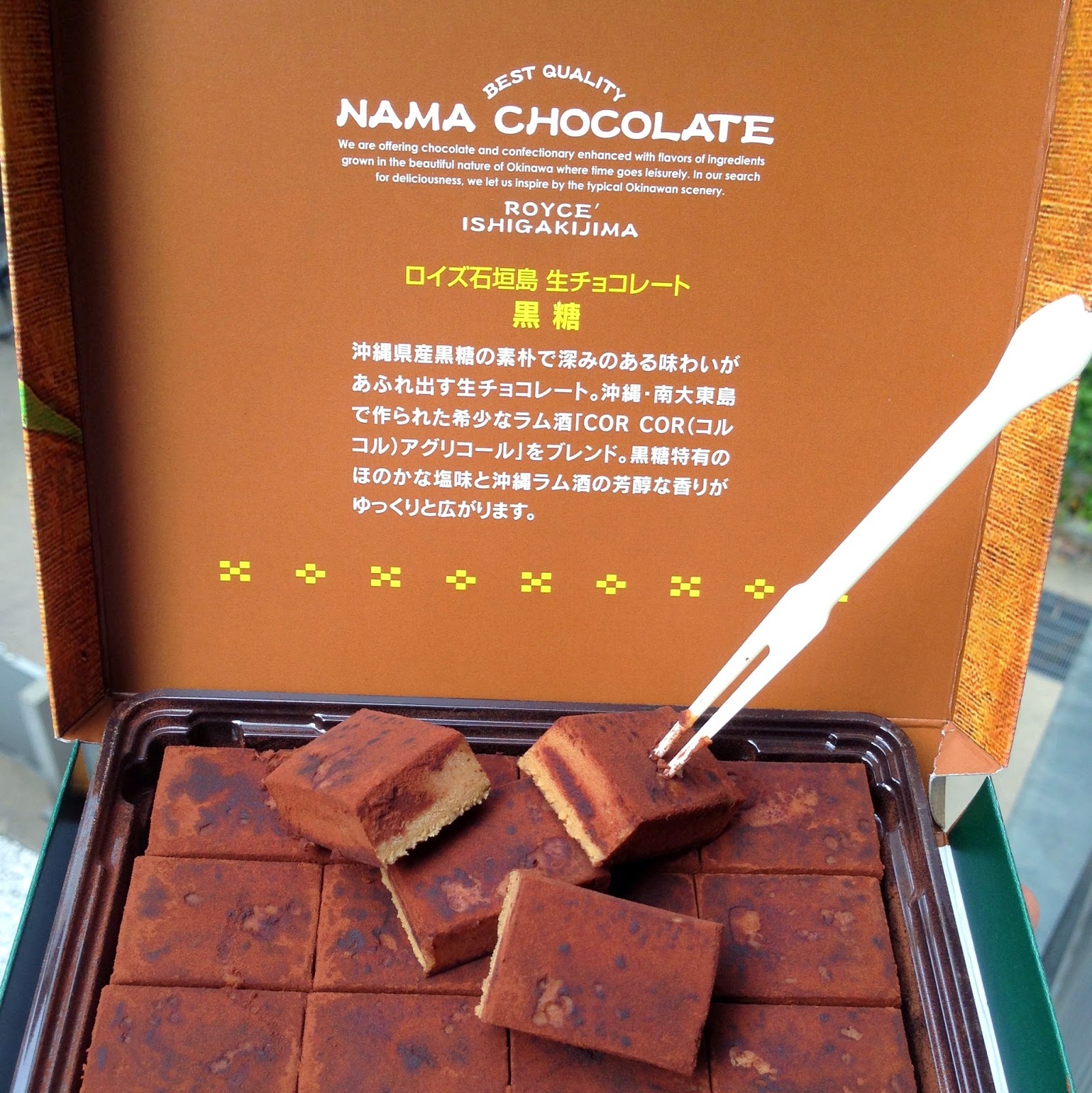 My favourite flavour is the Kokutou aka Black Sugar version with mixed with salt and rum. The intense molasses flavour overtook the chocolate and somehow suppressed the creamy character of Nama chocolates. 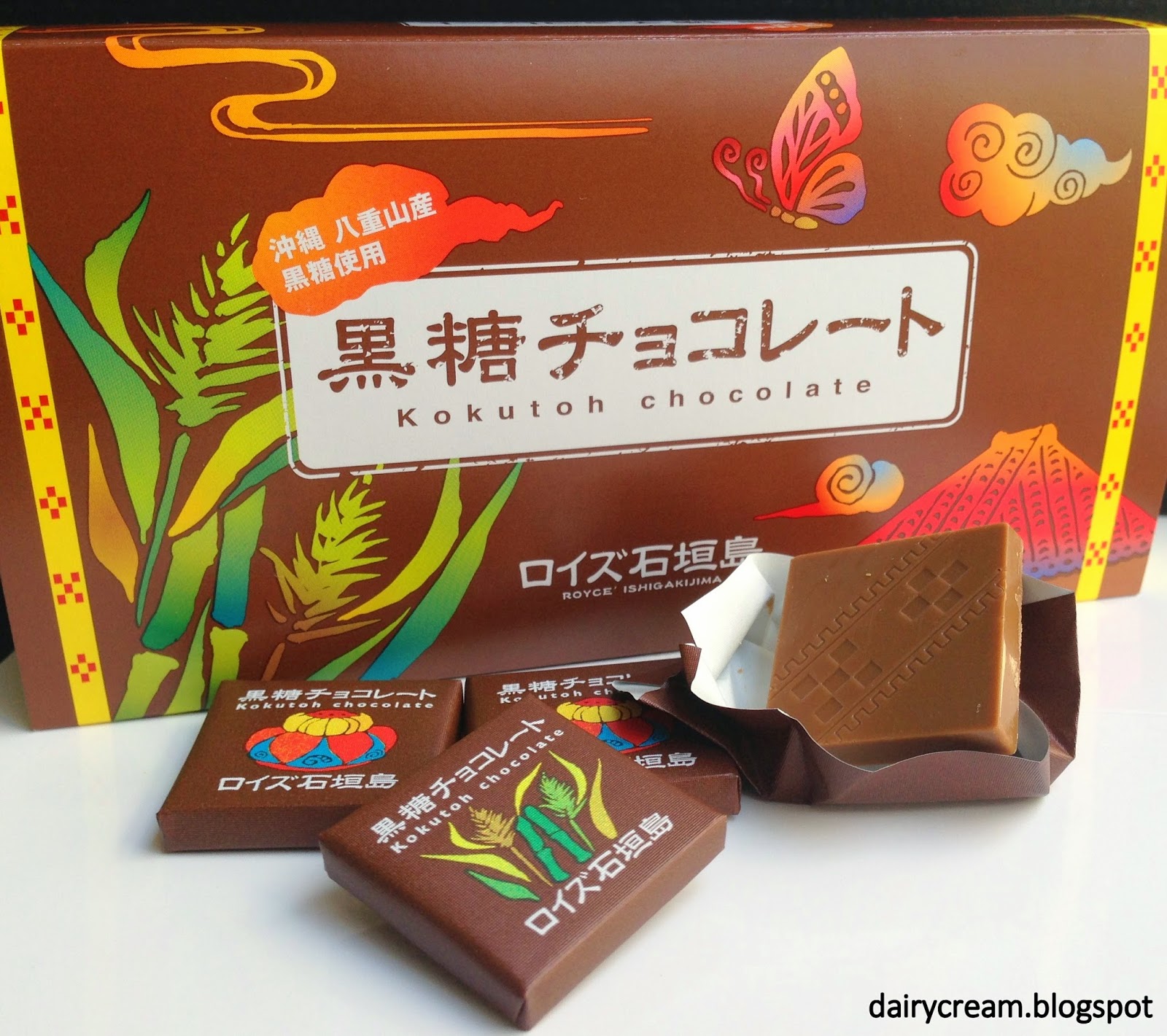 And it goes without question that I found myself hooked to the Kokutou Milk Chocolate Squares. Each moreish delight comes in a different package design based on the iconic images of Okinawan. Very special and meaningful, isn't it? 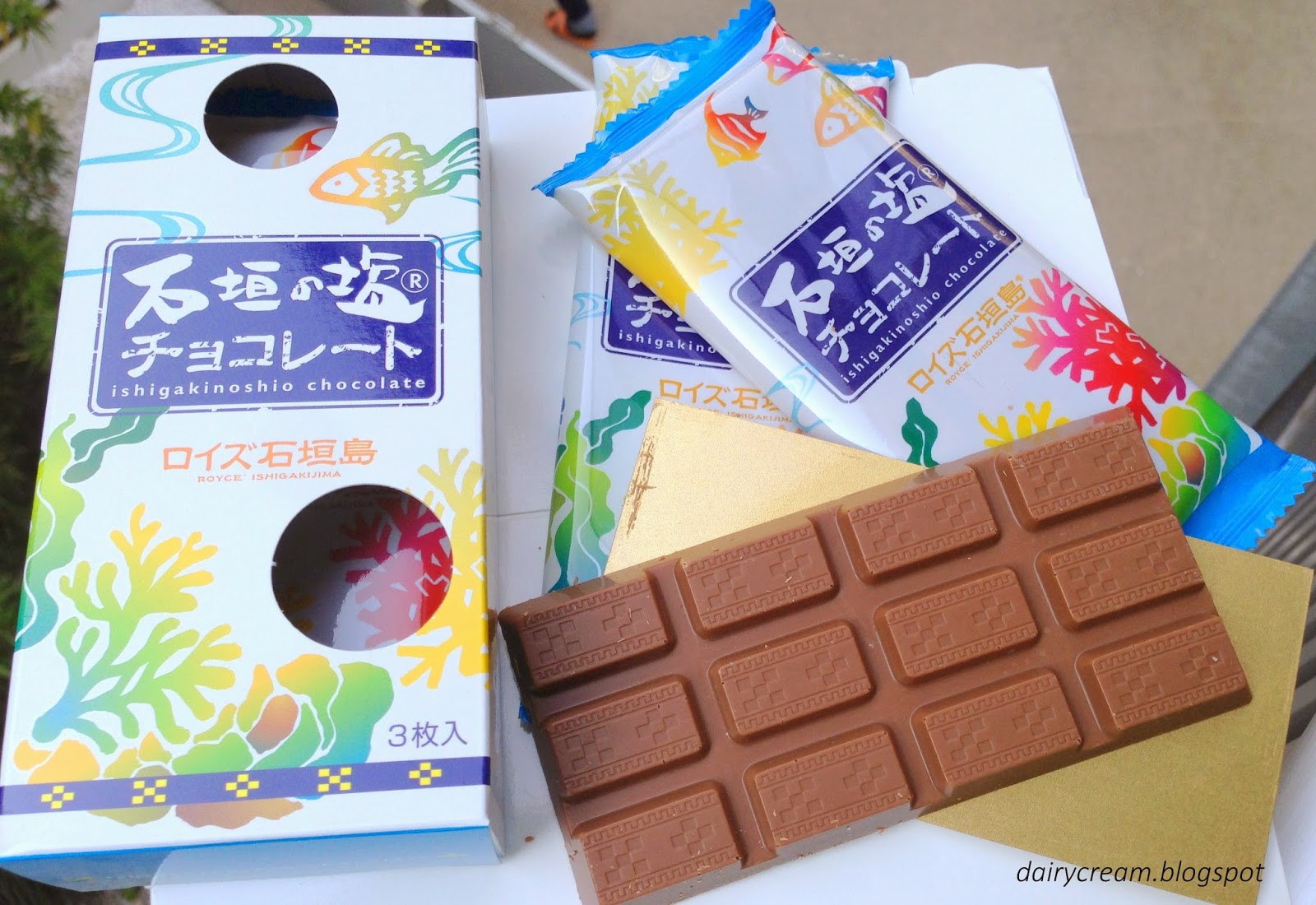 And last but not least, the Salt Chocolate Tablets.  石垣の塩チョコレート
Each box comes with not 1 but 3 big rectangular slabs of milk chocolate coated generously in Ishigaki's salt. Now I've begun to think that milk chocolate works the best with salt out of the three types of chocolate (white, milk and dark).

It is really rare for Royce to bring in their sister brand to Tokyo so if you managed to catch them randomly somewhere, don't miss it! :)