That's another marketing slogan that sounds familiar because Suzuki-en ya has used it before. Opened on 12th March 2017, Gomaya Kuki is a tiny café in Omotesano that sells 6 flavors of gelato revolving around black and white sesame. The shop is a collaboration between traditional sesame producer 九鬼 and favy gourmet group. Needless to say, the shop uses the sesame oil and sesame from 九鬼.

You can't choose between the single or double, cup or cone because the standard order is 2 flavors for 500 yen. My friend and I went straight for the richest Black and White Goma (though I was inclined to pick the Goma Shio). And the verdict? Both were  thick, creamy and robust flavour but the kurogoma has a sharper and lasting sesame taste to it. Very delicious and enjoyable indeed.

Sesame seeds and sesame oil are self-service at the counter table. Some people might be hesitant to add the Sesame oil but my advise is to go for it. It adds a lovely nutty aroma to the ice cream, just like how sesame oil brings steamed chicken to life.

Ok, don't mistake it as maple syrup.
One cup is said to contain 9000 sesame seeds. How true I can't tell. I'm not too sure if it's the world's richest Goma ice cream but if you can't get the kick, there's always black sesame paste. That's what I call rich.
Gomaya Kuki （ごまや くき）
東京都渋谷区神宮前４丁目６−９ 南原宿ビル１F
11:00〜23:00 daily
http://gomayakuki.jp/
Eat-in available but order of beverages is required. Terrace seating is available for those take-away only. 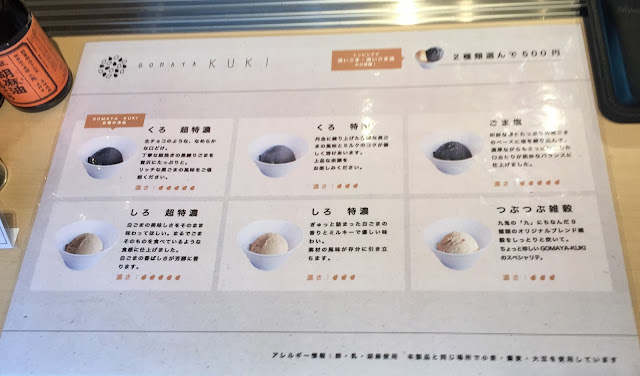 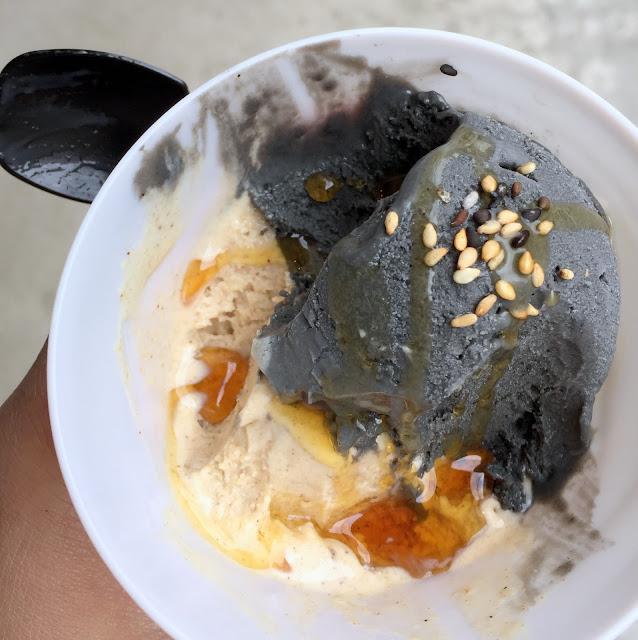 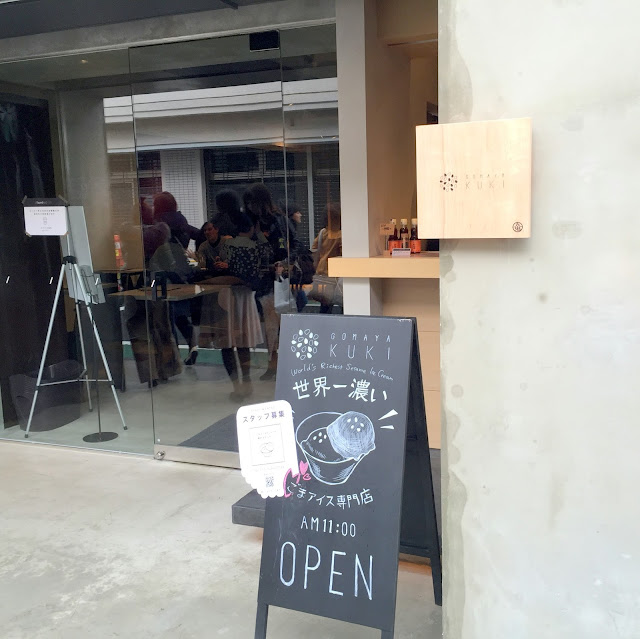 Posted by dairycream at 8:31 PM