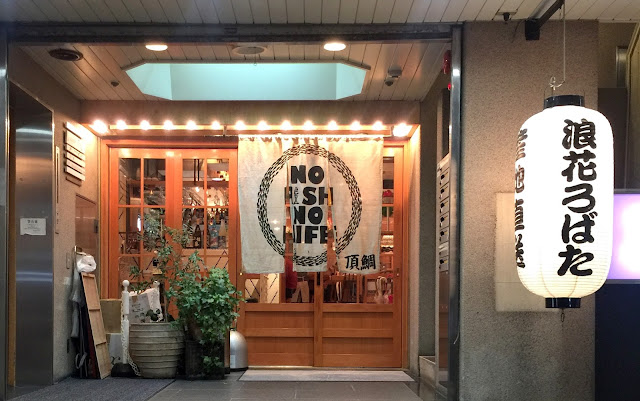 "No fish no life".
These words were the first thing I saw when I reached the restaurant. They were painted on the door curtain and made me laughed as this is the first time to see this for a Japanese restaurant.

And when we stepped in, the place was so noisy and seated with few groups of customers despite the fact that it was only 30 minutes past their dinner service time.
Contrary to the name, this place does not serve only fish. 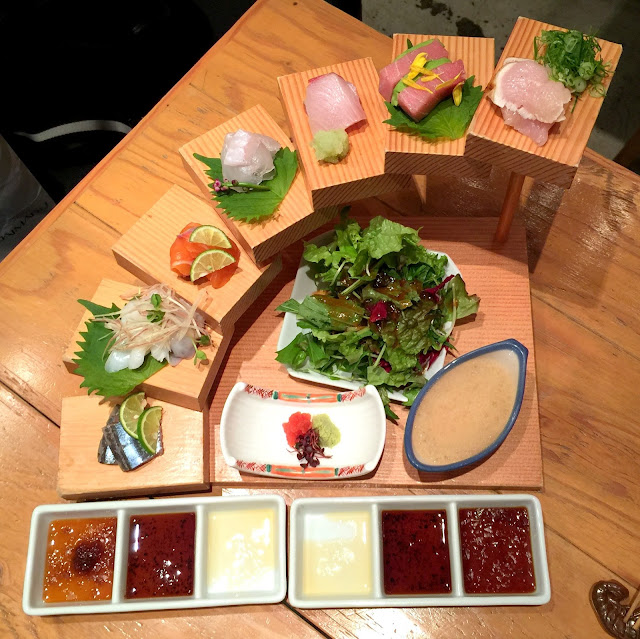 For instance, the Sashimi Platter (¥1480/pax and from 2 pax onwards) contains CHICKEN SASHIMI. So rare a sight that I wasn't paying attention to what the waiter was saying when he was explaining the region where each seafood came from. So how does a raw chicken taste like? Well, it tastes....just like a chicken. This Kyoto Nanatani Chicken is very lean and the seared skin has a tantalizing char fragrance. 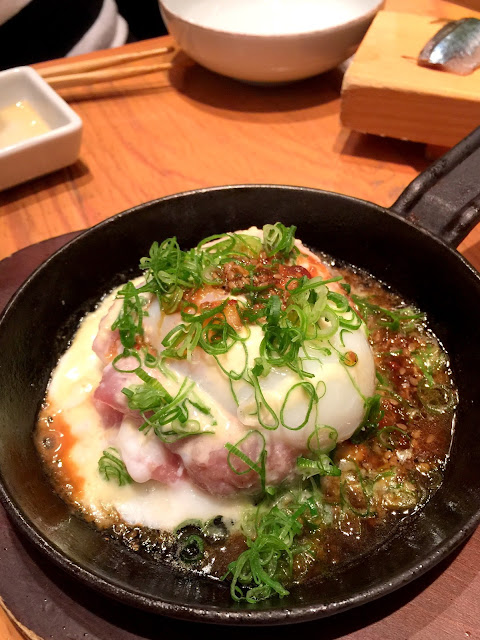 Another interesting dish was the Rare Toro Hamburger Tuna (¥980). Topped with an onsen tamago, the raw Maguro came sizzling on the hot plate before the waiter drizzled some special sauce on it. By the time you tossed everything together, it would have been partially cooked by the heat and looked like minced meat. The taste wasn't as heavy on the seasonings as I thought. It's wet, slimy and I must say its quite a unique appetizer. 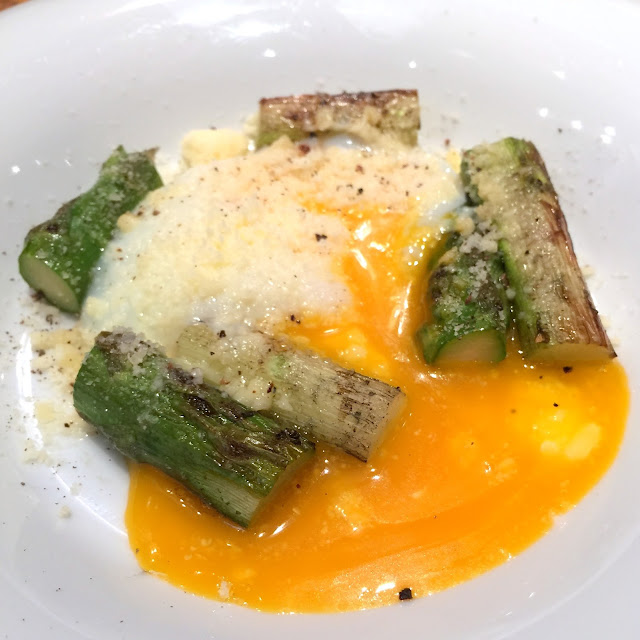 The next dish, something simpler in its demeanor and preparation, was the Asparagus and 68 degrees soft boil egg. I would have thought this is some fine-dining Italian restaurant if not for the loud rowdy chatters and roars in the background. From the "Carbohydates" section, we had Hokkaido Sea Urchin and Thick Asparagus Peppercino (¥1280), which looked unimaginatively plain but full of umami, with bits of sliced chilli pepper for some twisted sensation. 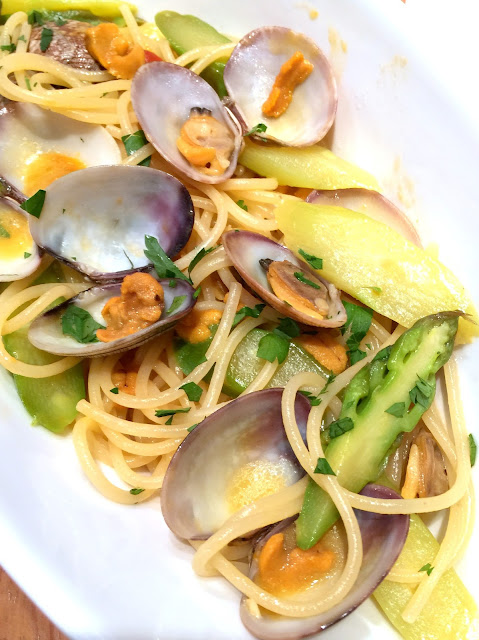 If you find it too light, there is always the soy sauce spray, part of the set of quirky condiments at each table. They even have a meat potato cake and a "Fuwa fuwa tofu" squeezed from a bottle on the menu. 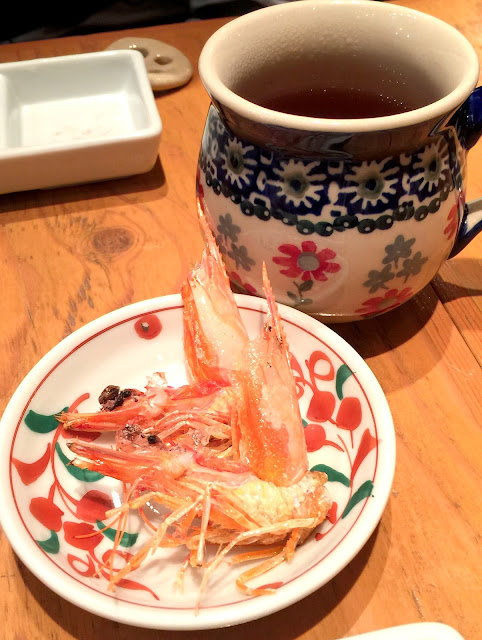 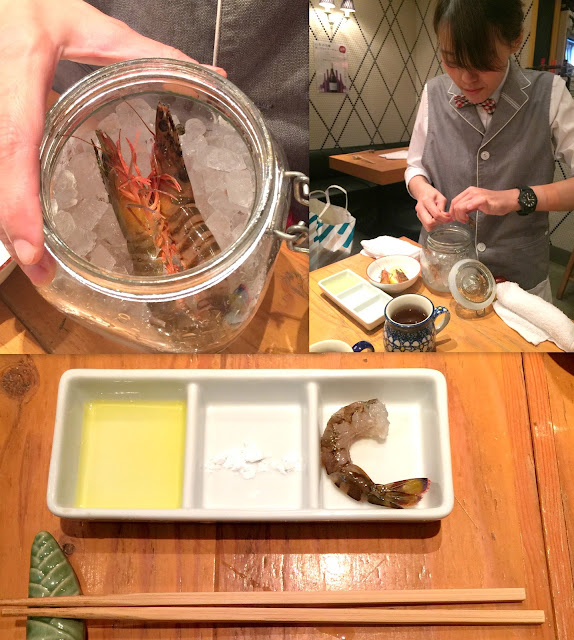 Oh, just be warned that there is a table charge for each pax that includes an "amuse bouché" of live ebi that is shaken in an ice jar and deshelled right in front of you.

Posted by dairycream at 5:58 PM