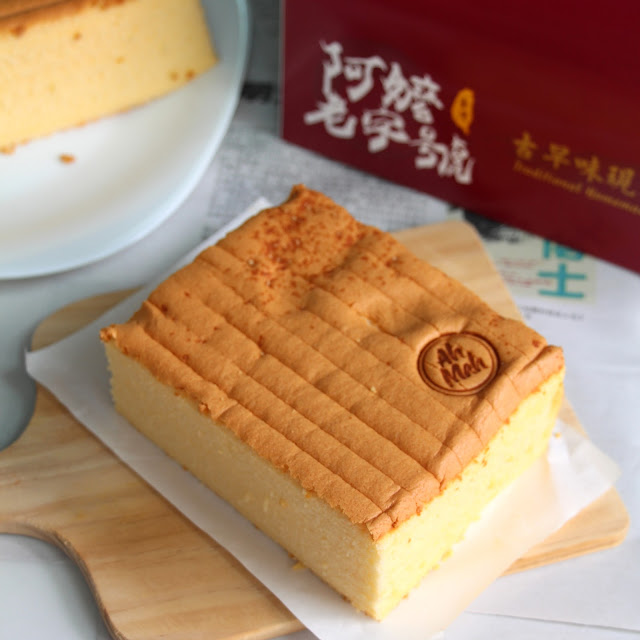 These are the basic 5 ingredients you need to produce a simple cake that can attract long queues.
From bubble tea to salted egg yolk croissants to cheese tarts, the next big thing that is making waves in Singapore is the castella, a humble egg sponge cake that reminds you of those sold at old-school bakeries. 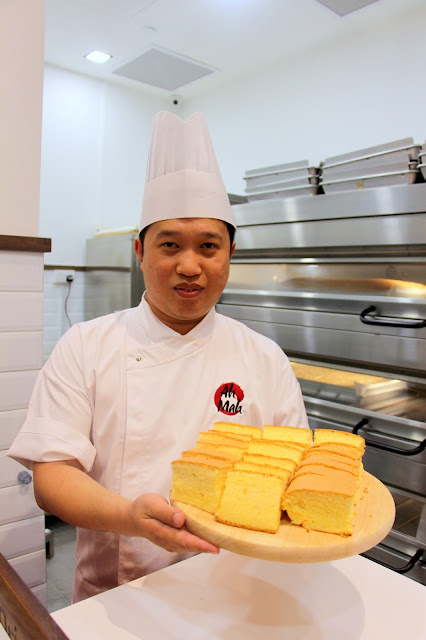 Joining the cake scene is the Malaysia-born Ah Mah Homemade Cake which officially opens its first overseas outlet at Bukit Panjang Plaza on 14 July 2017.  Chef Jim learnt and adapted the recipe from a Taiwanese chef before launching it in Malaysia in April. In just a short span of 3 months, the brand will have 19 outlets in Malaysia by the end of July and is rapidly moving global with stores in China, Thailand and Australia this August. The cakes are baked freshly every day and those not sold within 12 hours are discarded to ensure quality control
Unlike the Japanese castella that has a honey sweetness and a dark brown coat, the version here is more porous and bouncier to the touch. They are neither soft as Japanese sponges nor silky smooth as chiffons. I wished there could be a stronger egg aroma to it but nonetheless, these light treats still holds an appeal with its restrained sweetness and absence of artificial additives. Besides the Original ($8), the shop also offers Cheese ($11) and Pork Floss (to be released in August). I prefer the Cheese version that frolicks between the sweet and savoury zone. With a bonus thin layer of crust thanks to the diced cheese pieces scattered atop before baking, I could not stop at one slice.
Ah Mah Homemade Cake
1 Jelebu Road
#01-18 Bukit Panjang Plaza
Daily: 10am – 10pm
2nd outlet at Vivocity opens 20 July 2017 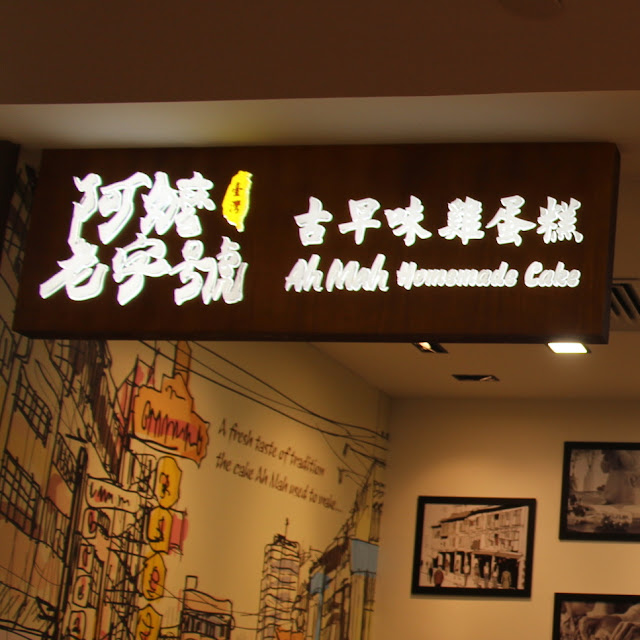 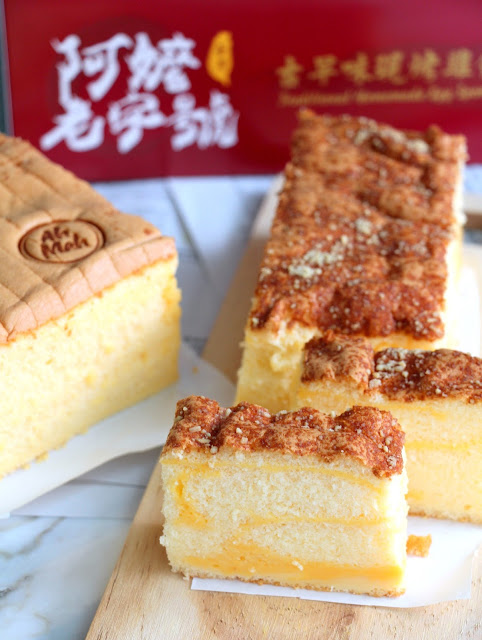 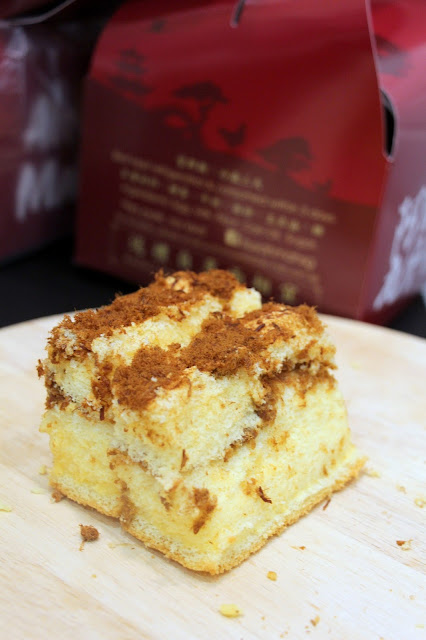 Pork Floss (to be released)