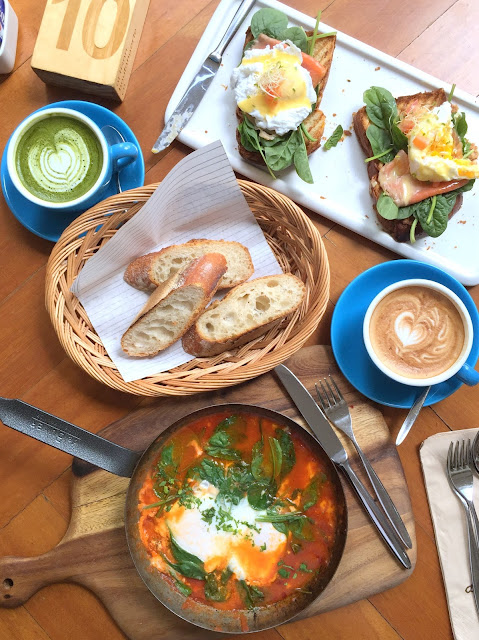 While Artisan Boulangerie Co may be famous for its bread, it seemed to me that the quality of their brunches surpassed that of the pastries. Available until 5pm on weekends and 2pm on weekdays, the brunch is mostly made up of dishes using eggs that are said to be cage- and hormone-free. 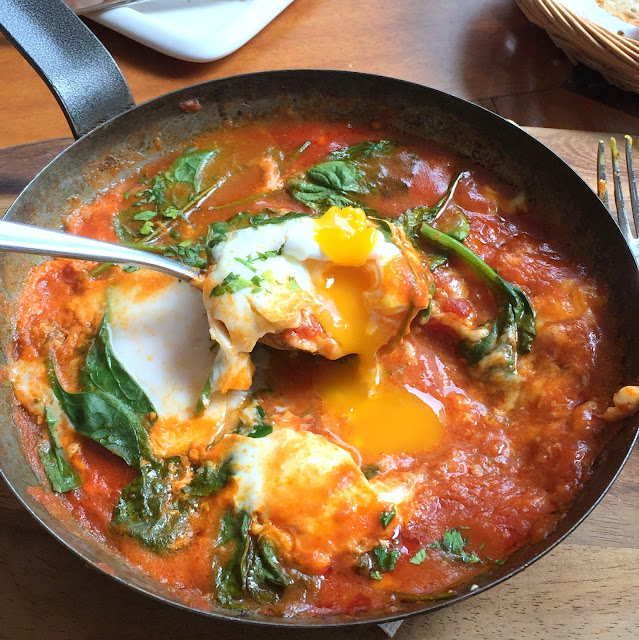 My favourite was the Tomato Skillet Eggs ($18), a traditional North African Shashuka with 2 eggs and choice of any 3 toppings. I picked the baby spinach, cherry tomatoes and mozzarella, which softens into creamy threads in the oven's heat. The sauce was bright, tangy and not spicy at all, perfect for mopping up with the crusty baguette.

Not the same could be said for the Egg Benedict ($19.50), which was a case of overpriced dish with eggs being handled poorly. The egg whites were rubbery and the hollandaise sauce was barely existent despite the excellently toasted brioche. 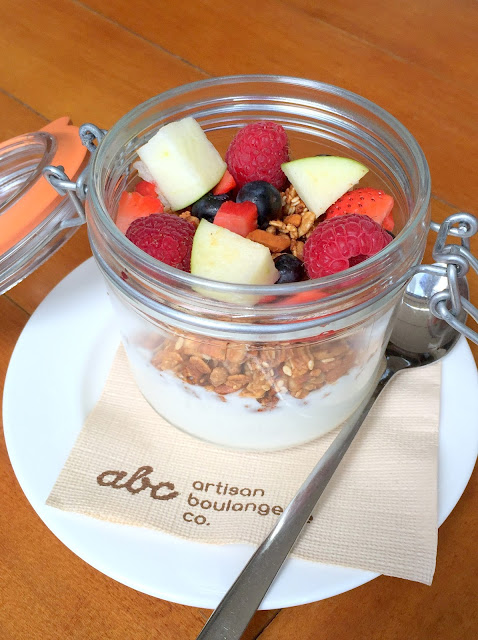 Instead of the pancakes which seemed to be empty calories that occupy stomach space, I opted for the Homemade Almond Granola Yoghurt ($12), a hearty jar of plain yoghurt loaded with nutty goodness. While not everyone might be used to a subtle goat milk smell in the yoghurt, it is a good thing that this fermented culture was unsweetened. 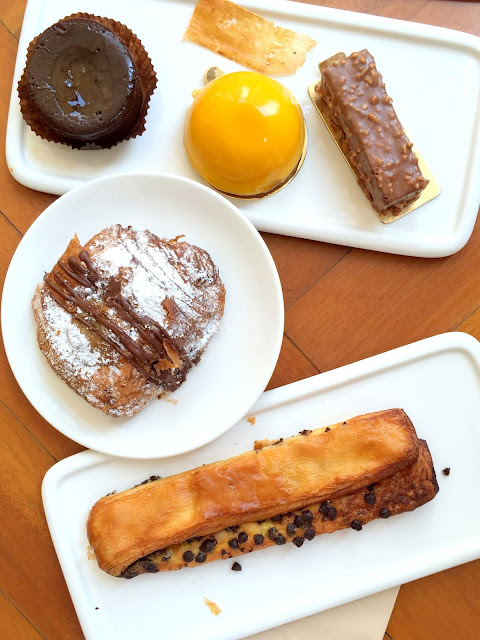 On the other hand, the much-anticipated pastries turned out disappointing. The Pain Suisse ($4) looked promisingly flaky but turned out to be sinewy and oil-logged. As for the petit gateaux, the Mango Soleil ($9) could be a potentially hit for mango-coconut mousse lover but the brown base was too wet to hold the entire structure which disintegrated faster than imagined at air-conditioned temperature. The same issue plagued the Hazelnut Crunch ($8), which was the better of the lot but the mousse melted too quickly. I wondered if the server picked the wrong cake as my Salted caramel Lava cake ($8) tasted nothing of caramel but chocolate. It was indisputably fudgy but "leaking oil" at the base. 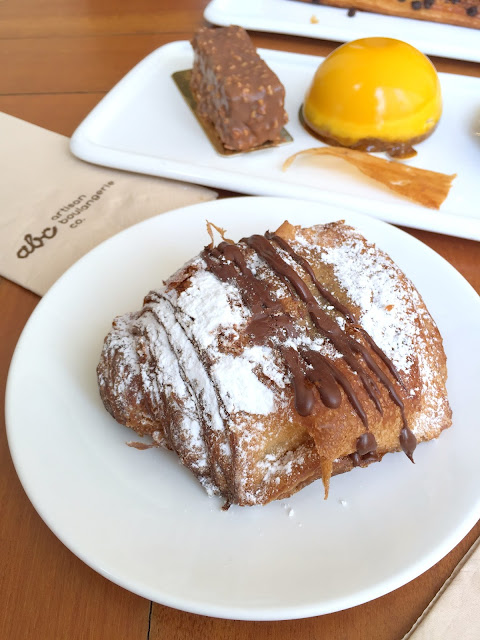 Filled with banana paste like a sandwich, the Banana Chocolate Croissant ($4.70) was a sugary treat that reversed the situation with its crisp layers. However, the same standards might not be guaranteed for dine-in as I took it home and popped them in the oven for a couple of minutes. I could have chosen the wrong items that day, but there were simply too many mistakes in the execution to go unnoticed.