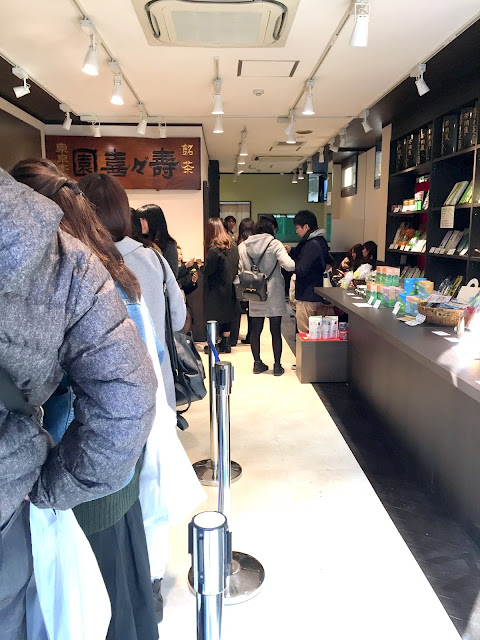 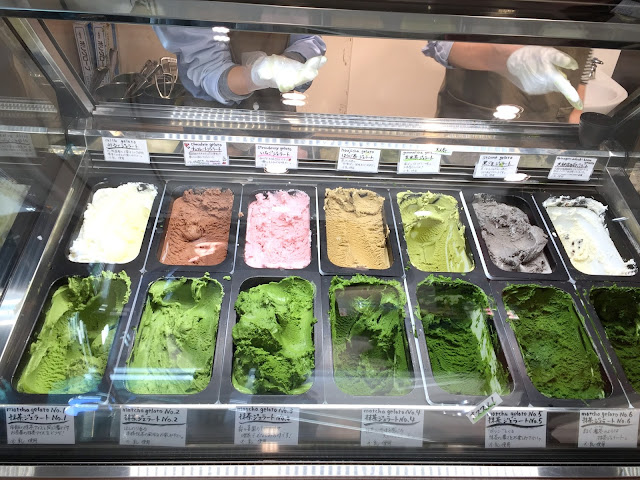 Look no further than Tokyo Asakusa for the richest matcha ice cream in the world! Yes, you are not reading wrongly. It's Tokyo and NOT Kyoto. Shizuoka's famous green tea gelato parlour Nanaya has collaborated with Tokyo tea shop Suzuki En 壽々喜園 (since 1848) to sell its famous matcha ice cream in varying degrees of intensity. 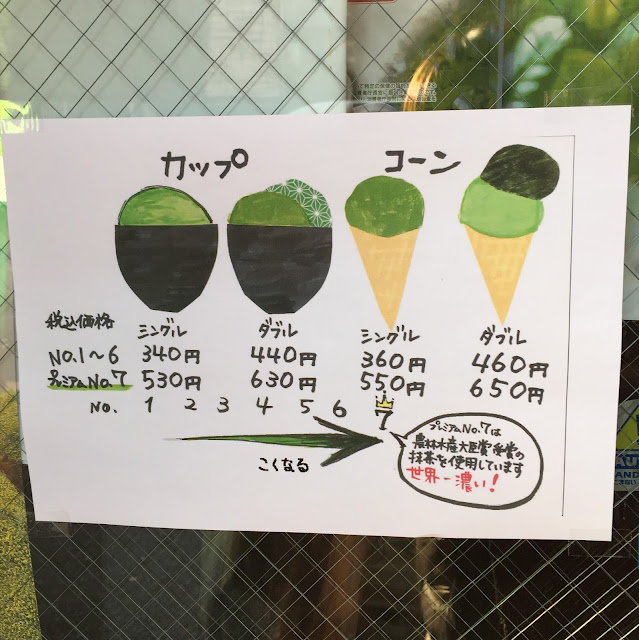 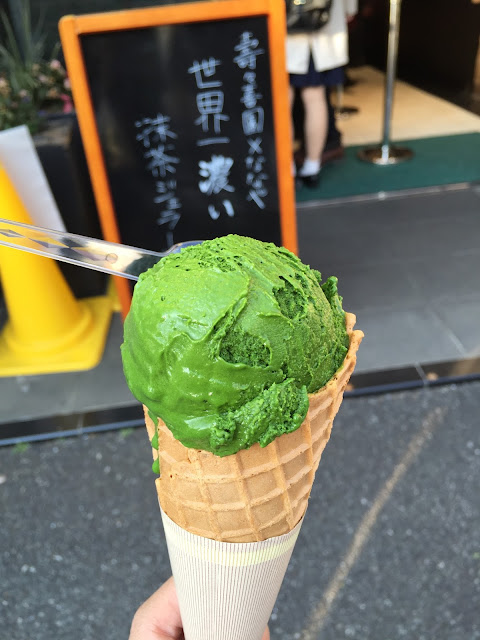 Tasting is believing as the No.7 matcha gelato is outrageously rich in matcha taste. The first lick left me dumbfounded for words and it took me a while before I came to realize that this IS reality, NOT a dream. Named as the world’s richest matcha ice cream, this dark emerald green scoop was indisputably "超抹茶!"

Yet it did not overpower on the bitterness that some would shy away from. The matcha flavour shone through the cream effortlessly, with smooth echoes of sweetness in the background, making it a supreme gelato from the average soft serve. Not a surprise as this is made from a batch of Shizuoka tea leaves which has won the MAFF award for consecutive 3 years.

The matcha gelato here ranges from 1 to 7; No. 1 is the average matcha gelato sold everywhere, No. 2 is twice the intensity, No. 3 is the same level of intensity as the tea from Suzukien, No.5 is known as "the boundary of richness", the level which artisan gelato makers argue as impossible to go beyond for any gelato. 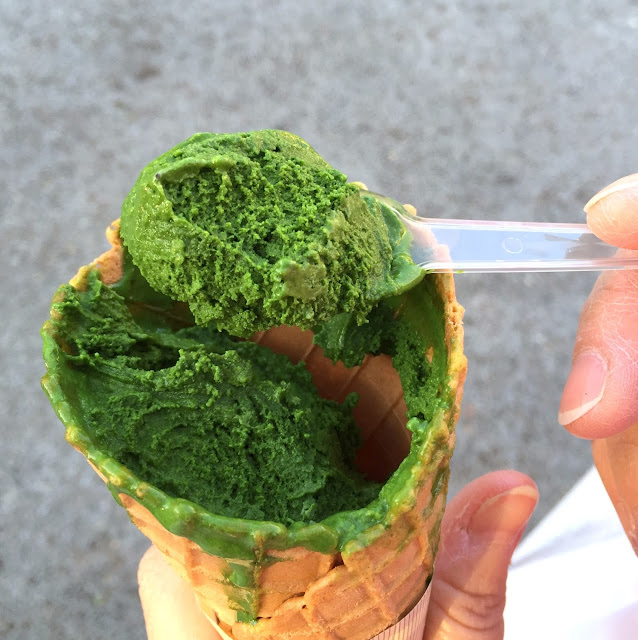 And now you can roughly picture the strength of No.7, which is sold for the first time in Kanto area and NOT even available at the main outlet in Shizuoka. In short the higher you climb, the greater the satisfaction especially if you are a matcha lover. Try ordering different levels and you will experience the difference instantly. 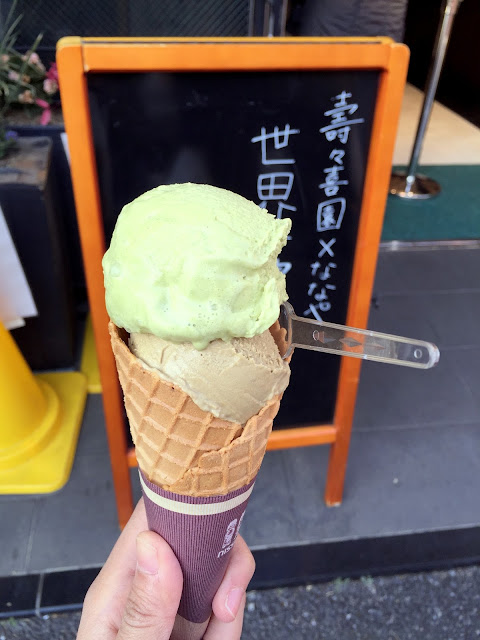 Meanwhile, the other flavors such as Houjicha and Genmaicha are no less exceptional. My heart smiled upon a lick of the black sesame gelato; so irresistibly toasty and compact. Opened since 29th Dec 2015, this place has shot to fame and expect to see lines forming outside the shop. Not to worry as it moves quite fast. 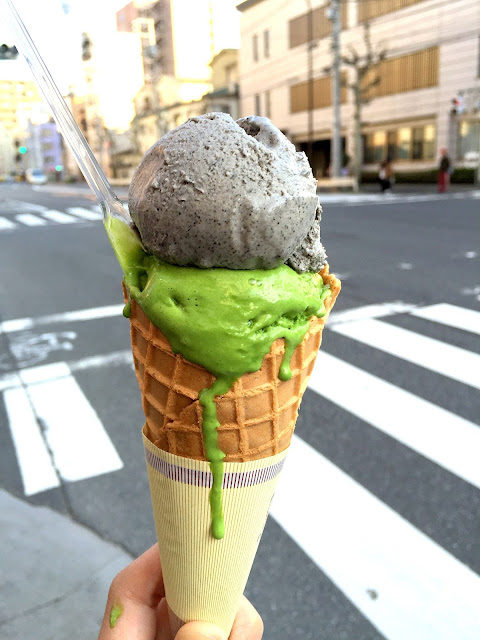 However, do go early if you like to try the No.7 matcha gelato as it is always the fastest to disappear from the display window.

Now you don't have to travel far for the world's richest matcha gelato.

Just be prepared for a life-changing experience. 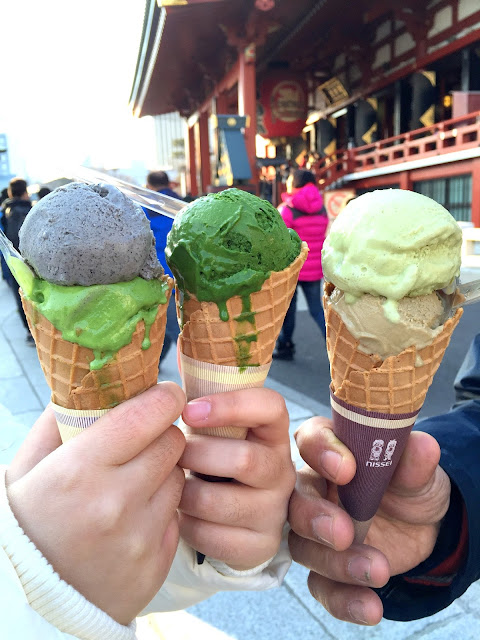 抹茶ジェラートショップ壽々喜園×ななや
9.30am-5.30pm daily
3-4-3 Asakusa, Taito-ku, Tokyo
TEL：03-3871-0311
Access: Walk straight up to Asakusa Shrine and bypass the hospital behind the shrine to a main road. Cross the traffic light and you’ll see the tea shop壽々喜園
Shop blog (Japanese): http://suzukien.blogspot.com/
Posted by dairycream at 7:56 AM