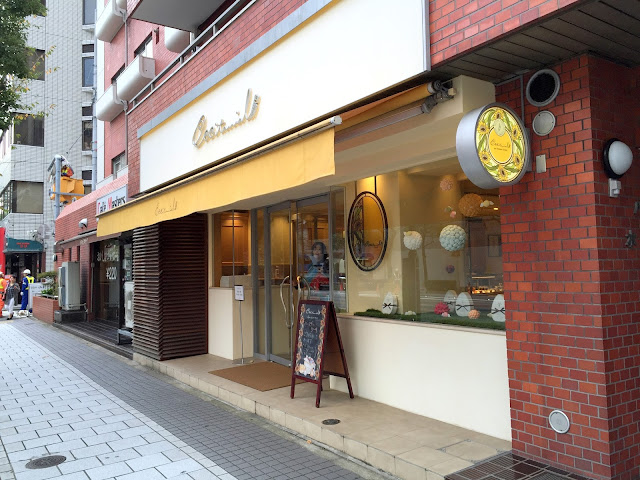 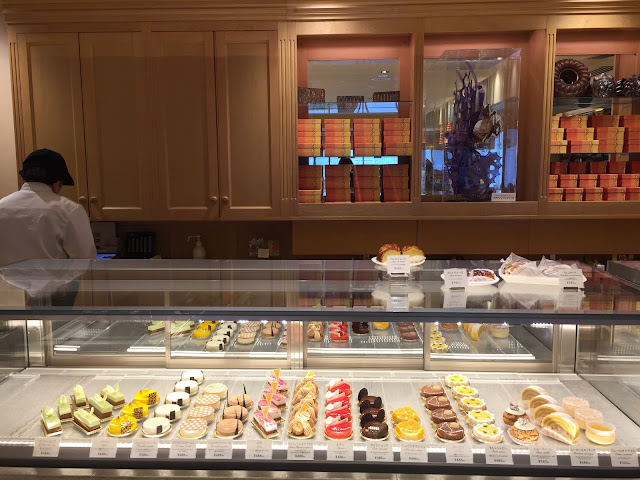 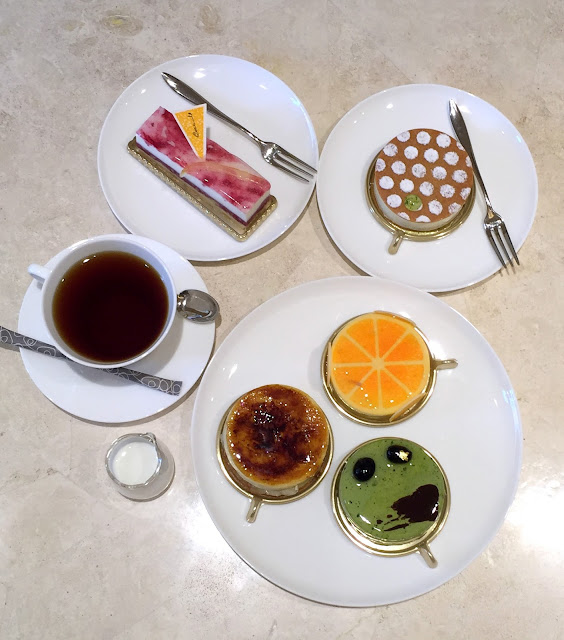 This has got to be the best patisserie I've visited for my recent autumn trip.

If you have tried Hidemi Sugino's ultra velvety mousse cakes before, then you should make a trip to Occitanial. This patisserie in Suidobashi is a collaboration between famous French patissier, Stephane Triand and Japanese patissier, Kazuhiro Nakayama.

With numerous awards in global pastry competitions, Stephane Triand is another well-known figure who has received a MOF (Meilleur Ouvier de France) title, the highest French accolade given to any chef in recognition of the expertise and talent. The selection process is highly stringent and other familiar winners include Pierre Herme and Joel Robuchon.

After moving from France to America to assume the role of executive chef at The Four Seasons and St.Regis Hotel, Chef Stephane crossed over the Pacific and started his first overseas outlet in Tokyo. His perfectly circle-shaped works with a glossy shine made them highly distinguishable from other pastry shops. 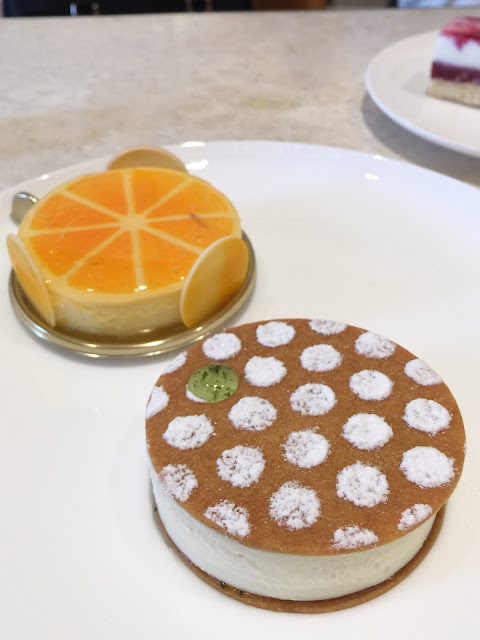 Almost 90% of his petit entremets are mousse-based cakes that are excellently silky and smooth. To me, they hold a stronger, lasting presence than Sugemi Hideno's mousse cakes which are  light but sometimes too fleetingly delicate. Moreover, every single one has no less than three different kinds of textures and I enjoyed everything we've tried that day. The price of one cake at Sugemi's place  will probably allow you to buy around 2 items at Occitanial. Perhaps it'll be a good idea for anyone who has visited Hidemi Sugino to visit Occitanial and do a quick comparison between the two. 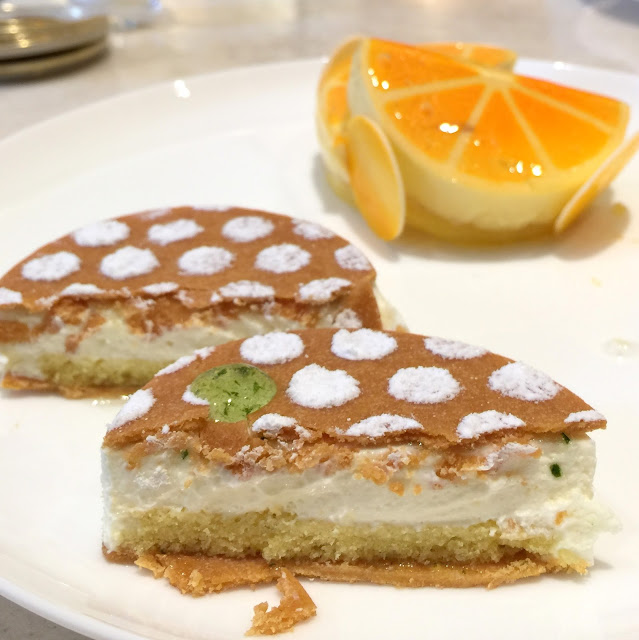 Our favourite: Fromage Basilico (¥486) バジルフロマージュ.
It tasted like a plate of basil cheese pasta and got us hooked instantly. 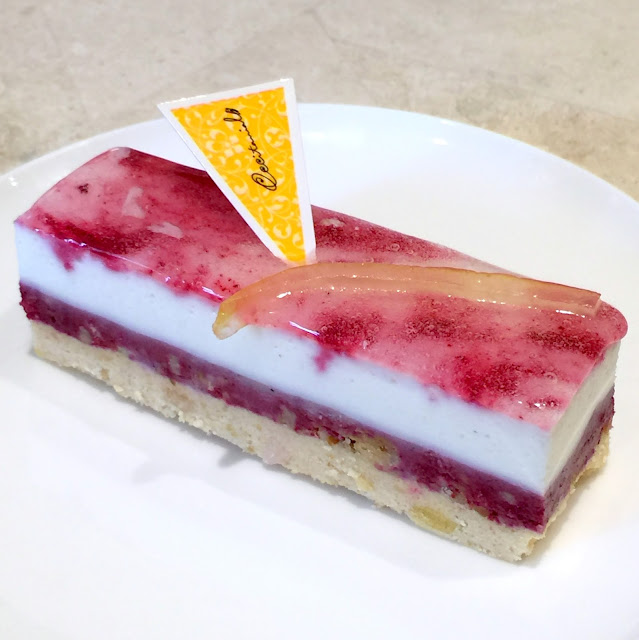 Nara (¥486) ナラ ラベンダー風味のカシスクリームとレモンケーキ
A lemon cake with cassis cream that is infused with lavender. 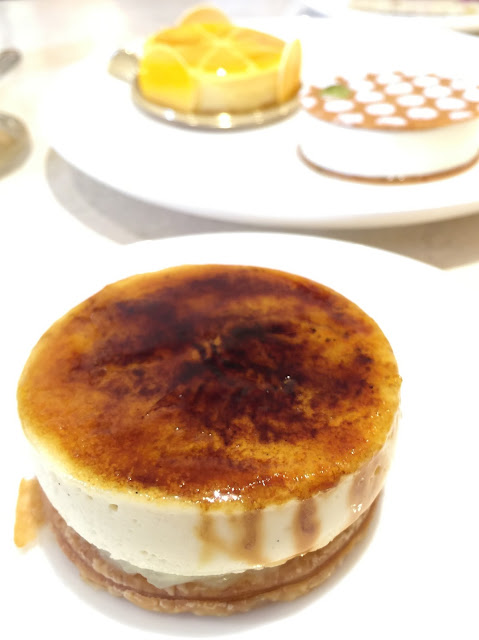 Gorgozonla Chiboust Pie with Custard Pears (¥486) .
This and the Green Tea Kabuki were the first two to be wiped out from the display. I love blue cheese and this is another one that I highly recommend as it is hard to find elsewhere. 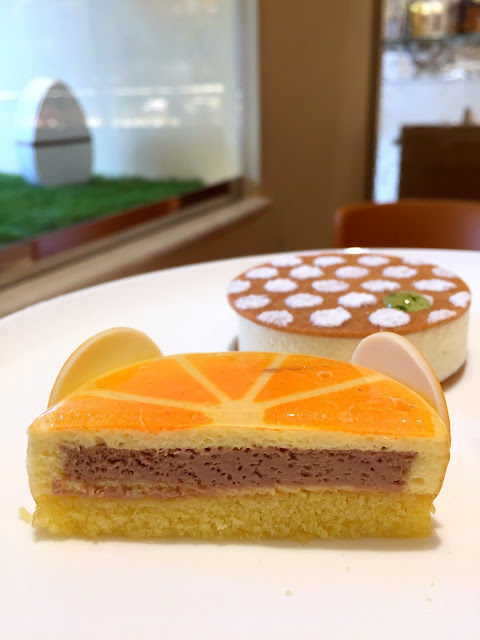 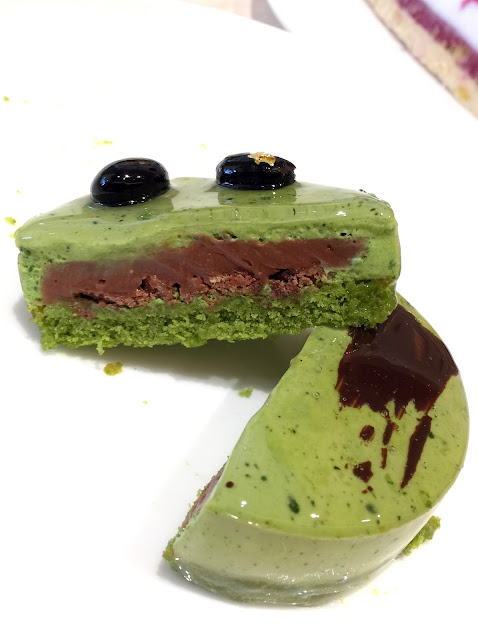