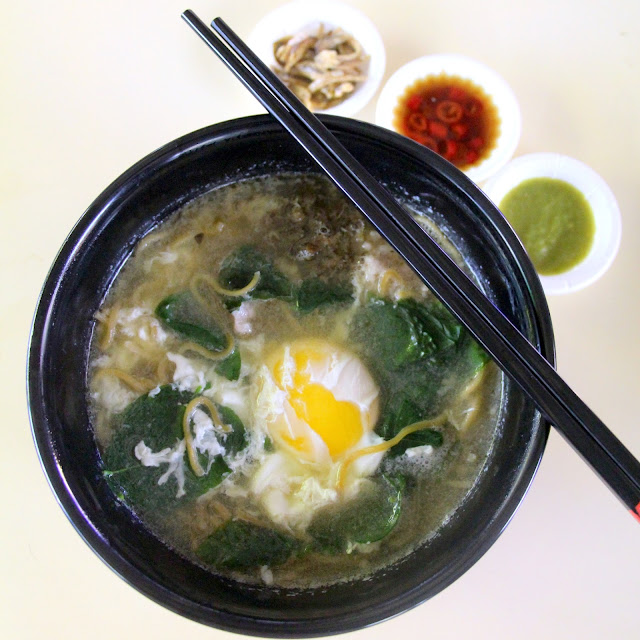 Discovered a relatively new Ban Mian stall at Serangoon Gardens recently and I learnt later that this is run by a young hawker. There are 5 options (dry/soup) and the most expensive one does not hit more than $5.50 for the prawn ban mian.

Since customers are allowed to change their noodles, we chose Ee-mian for the soup and the combination, to us, was better than having ban Mee soup. Ikan billis is served separately in a small dish to retain its crispness.

I had most of the dry Ban Mian ($4), served in a pretty special blend of dark soy sauce that stood out from the usual dry noodles. The noodles were slightly firmer than Mee Pok with nice chewy bites. The sweet-savory taste was strong and I was pleasantly surprised to see chye por (dried radish) in the bowl. Even the minced meat are well-marinated into a dark reddish brown with a delectably dry crispness to them. That said, I was expecting sunny-side egg as shown on the menu but it was a semi-boiled egg served in the side bowl of soup. Nonetheless, it is still quite different from the usual ban mian we have elsewhere and I think it is one of the stalls worth trying if you are in Serangoon gardens market. 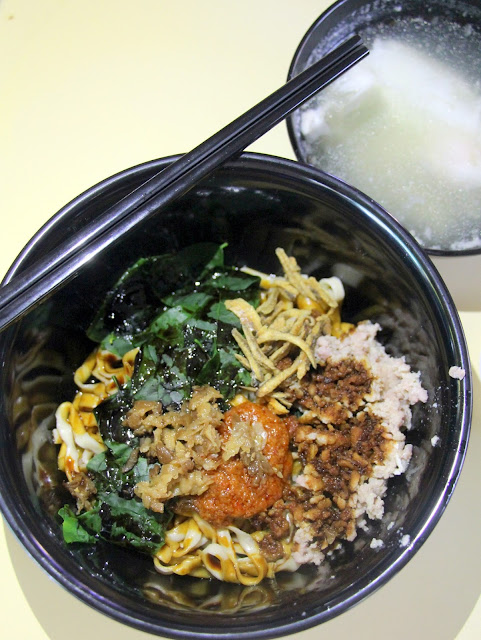 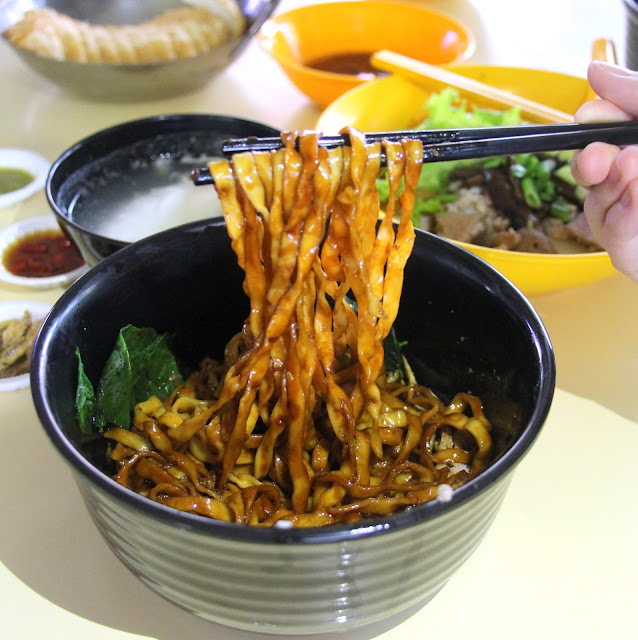 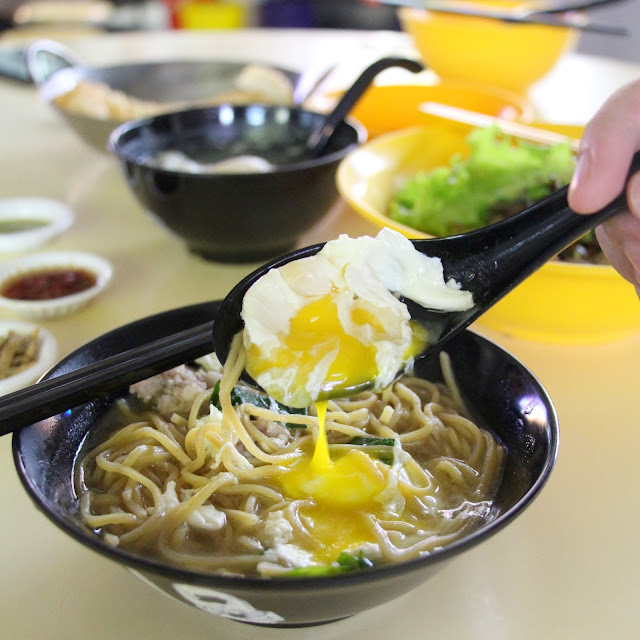