Barrio by Mex Out: New Breakfast Menu at Vivocity Outlet 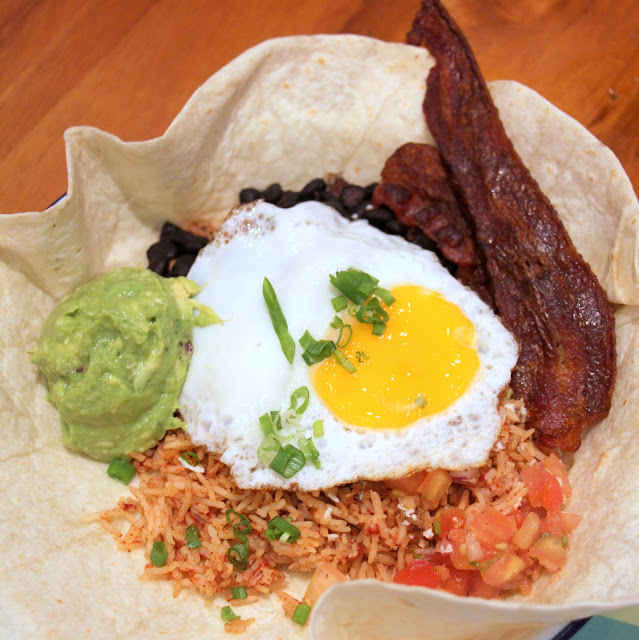 That's the heart of Mexican eatery, Mex-out, that has been known for its Mex-American cuisine which is influenced by both the ancient Mayan and Aztec culture, as well as modern Bajan California and the Carribean. It's said that everything here uses the freshest ingredients. For instance, the Guacamole is made fresh daily using with fresh avocados and seasoned with just the right amount of lime

Having heard so many delicious stories of its food at first outlet in Far East Square as well as its beer-inspired casual restaurant, Barrio by Mex Out @ 313 Somerset, I finally came to its latest outlet at Vivocity which is decked in a cheerful mode, with walls and place mats in bright primary colors. 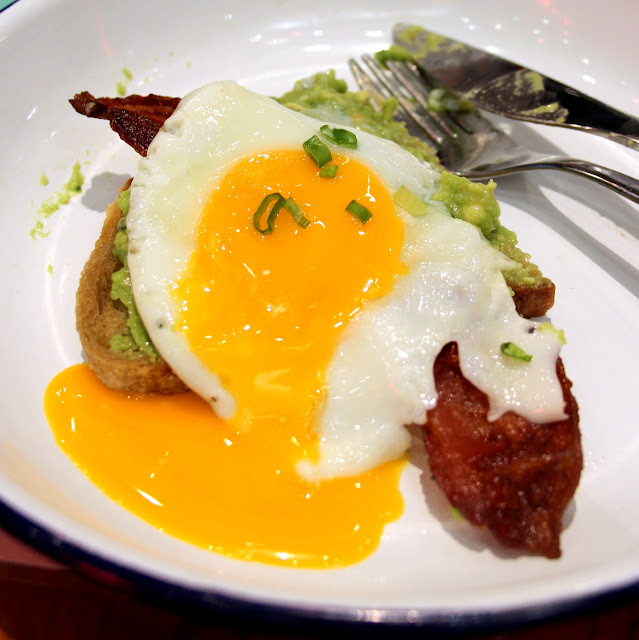 Be it the Smashed Avocado on Toast or the Breakfast protein salad, these hearty dishes took off with excellent guacamole on the right level of consistency and seasoning. I'm usually a bread person in the morning but I can foresee a change with the Huevos Ranches, a plate of tasty rice grains tossed in some mildly heady chipotle chilli powder with black beans and a fried egg.   It was meant to be eaten like a tortilla but I concluded that they were already delicious on their own. 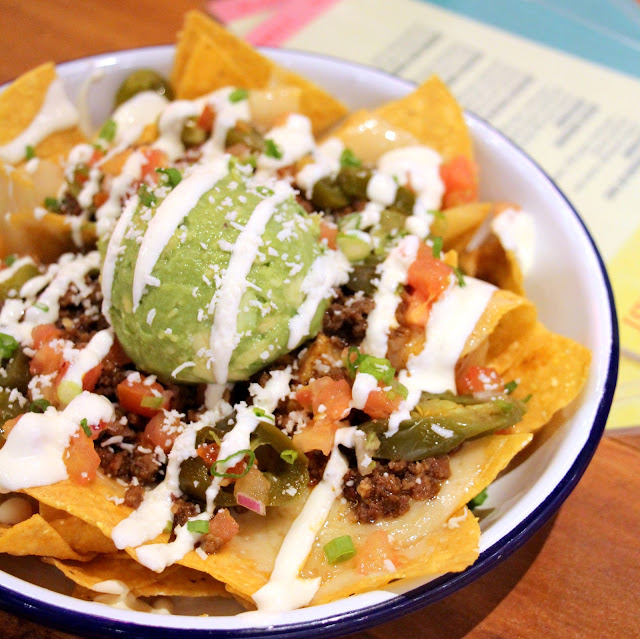 If the guacamole from the breakfast dishes can't satisfy you enough, get the Loaded Nachos with smoked chilli con carne, corona cheese and melted cheddar ($13.60) from the regular menu. This will likely last you from the start to the end of your meal. 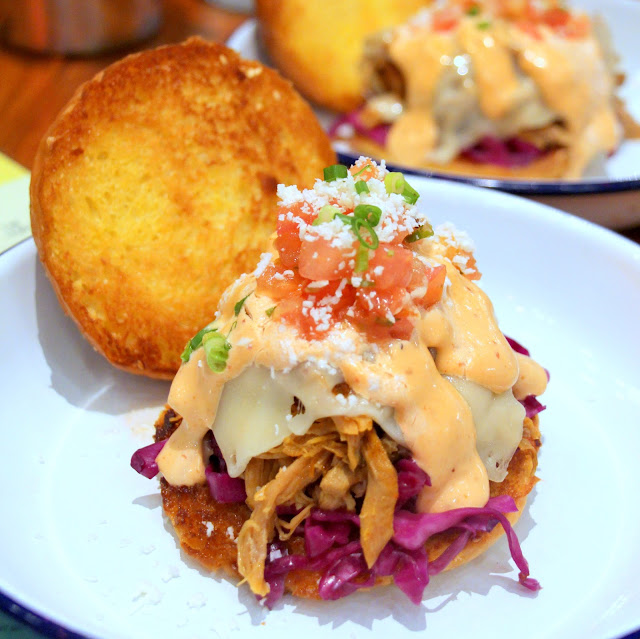 But this place also doles out some mean tacos, quesadillas and tortas too. The latter category merits some serious investigation as "tortas" aka Mexican-styled sandwiches, looked like any American burger but tasted better than most. The butter brioche bread was utterly crisp, bolstered with a super-rich filling of pulled pork, pickled red cabbage and Alioli--a combination both colorful and tasty. 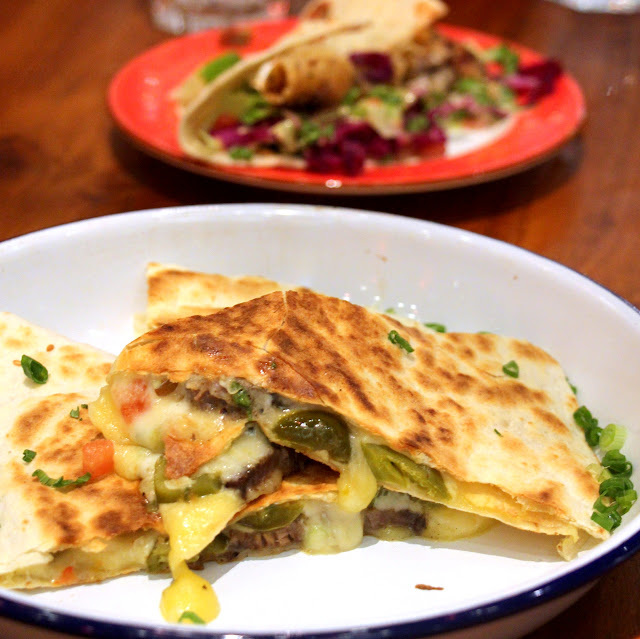 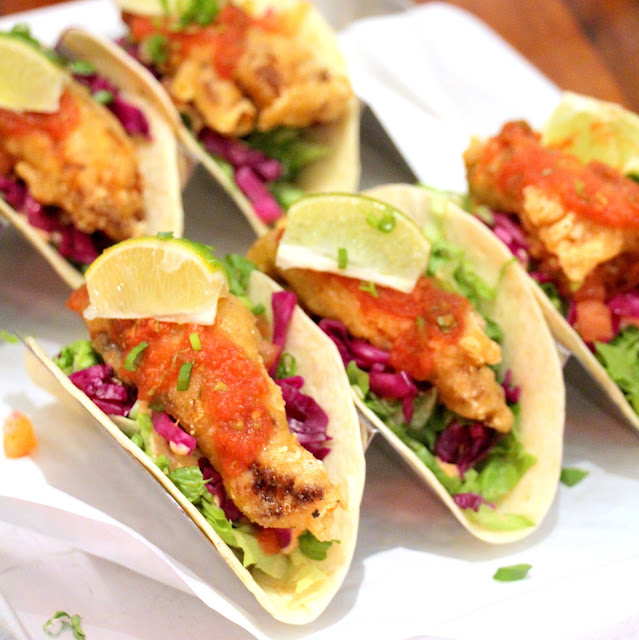 I was a little disappointed with the Fish Tacos  ($13.40/2pcs) as there was too much fried batter and the Alioli did not liven up the meat very much. Even though the dash of lime did impart some acidity, I thought the sauce could be a little more zingy. 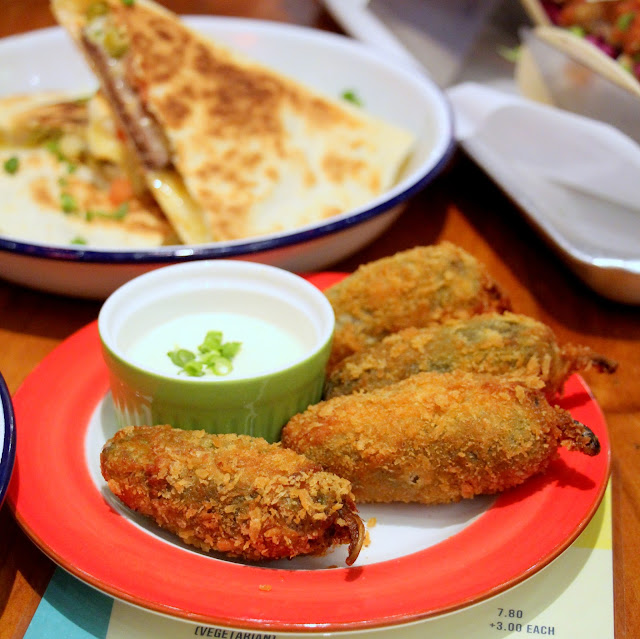 Spice-wise, the food doesn't get hotter than the Stuffed Jalapeños with Cheese (4pcs/$8.40). These mini chilli pepper bombs are crispy on the outside and gushes out a mix of cheese and juice as one bites into it. The mild fiery sensation only popped by for a minute or so and by then, you would have gone on to the second or even third chilli pepper like me.

There is only churros with hot chocolate sauce for the dessert menu. But with so much food-coma inducing food already lined up at the start, I don't think we need too many sweets either. The cinnamon sugar-coated churros, in its most primitive form, was delectably crisp and aromatic. 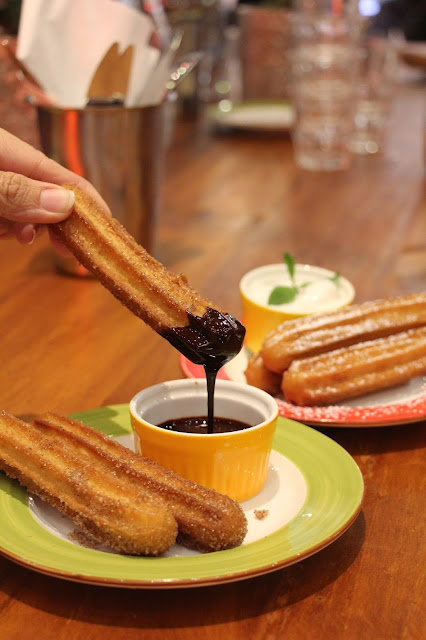 There's a breakfast churros version is dusted with icing sugar instead of cinnamon sugar and served with a yoghurt sauce. But I highly recommend the classic chocolate, even though it tasted a little like those bottles of Hershey chocolate sauces. After all, you can always choose not to dip your churros in them.

Heard that this place collaborates with Mexican distillery, Sauza Tequila, which was founded since 1873. With so many dishes boasting intense, bold flavors here, I think anyone would need some margaritas for an authentic Mex-out experience.


This is an invited tasting