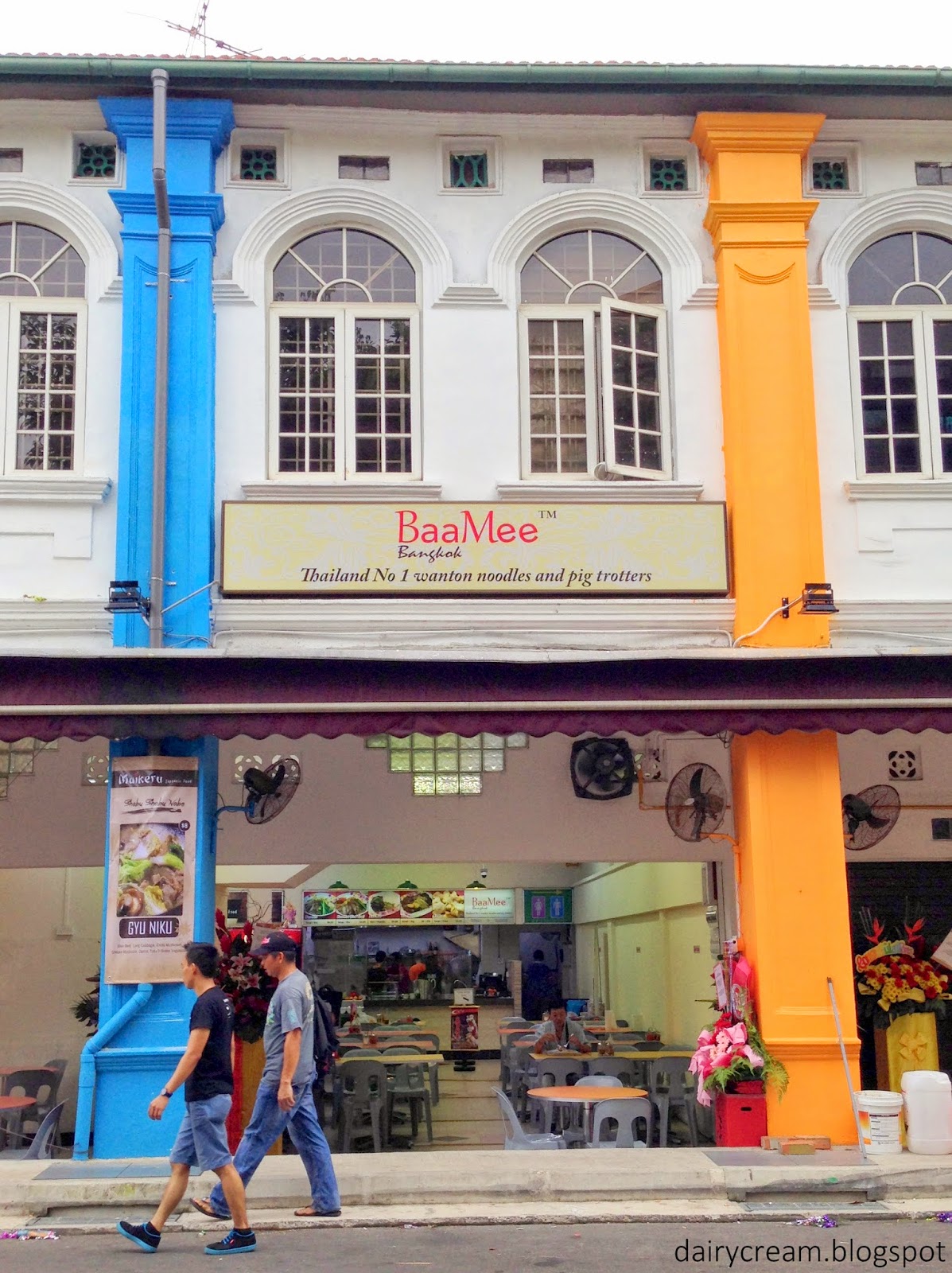 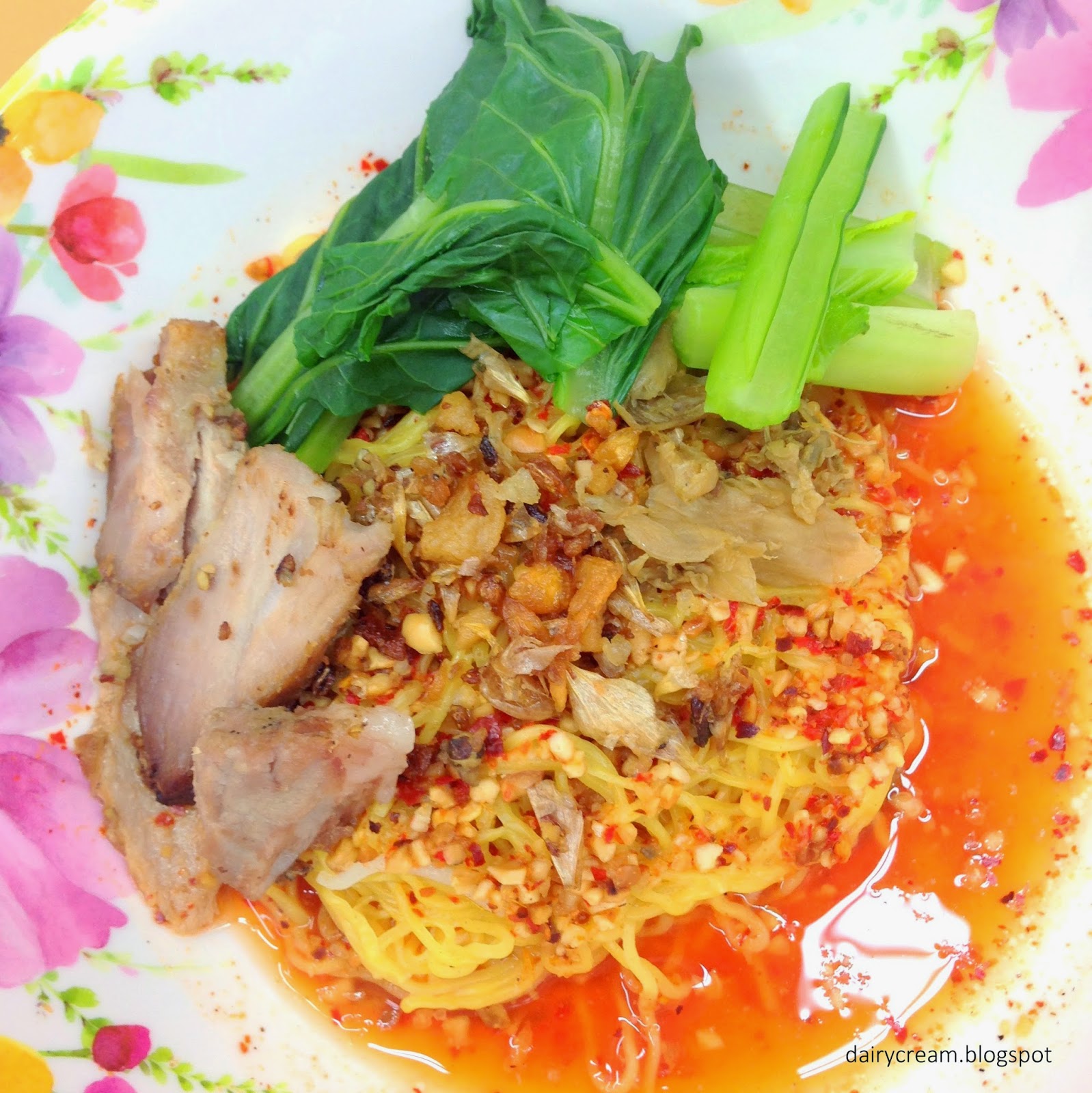 Tucked in the corner of Jalan Besar is a newly opened stall with a signboard that says "Thai No. 1 Wanton Noodles and Pig Trotters". Helmed by a Thai chef, this place has barely opened for less than a month but some pictures on its facebook page look promising. My pick is none other than the signature Thai Tom Yum Baa Mee ($5) which was astoundingly tasty and addictive.
Topped with a colorful mixed of garlic, peanuts, dried chilli, whole black pepper and some unidentified crispy elements, the thin strands of Thai egg noodle are fired up aggressively with a pool of tom yam sauce that comes from the same tom yam soup base for the soupy version. The fried pork lard was in short supply and the char siew was dry and flavourless. But this was not a huge problem since there were some unexpected crunchy chye poh and the noodles were consistently light, springy without clumping together. 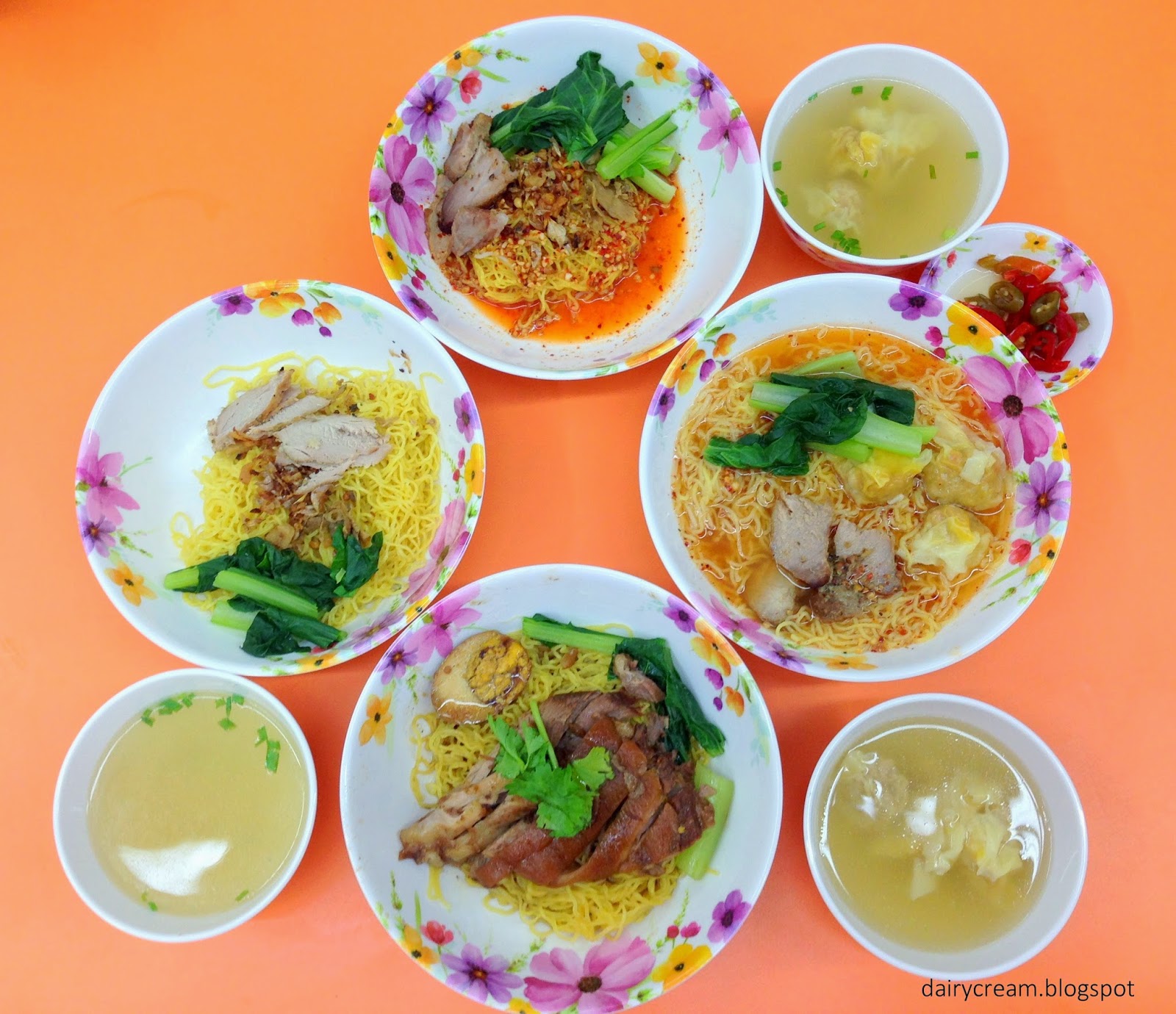 The soupy version ($5) was disappointing as the broth was sweeter than spicy; nothing much reminiscent of the robust and perky Tom Yum Goong. 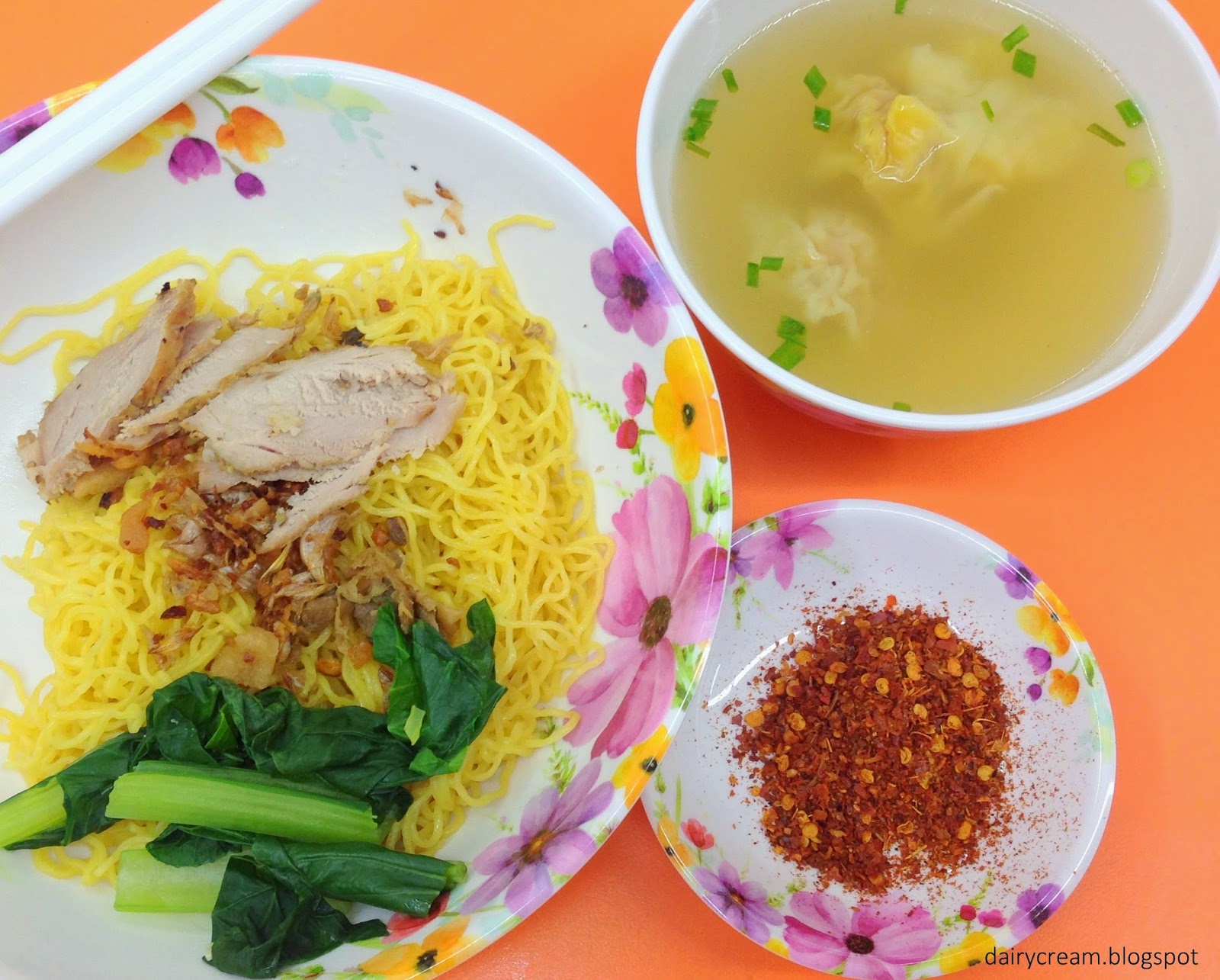 For the non-spicy eaters, there are the original Thai Wanton Mee ($4.50) and the Pork Trotters Noodles ($5). Both were quite bland but the Wanton Mee had a tantalizing aroma of pork oil. Good thing that there is always a bottle of fish sauce standing by on every table. 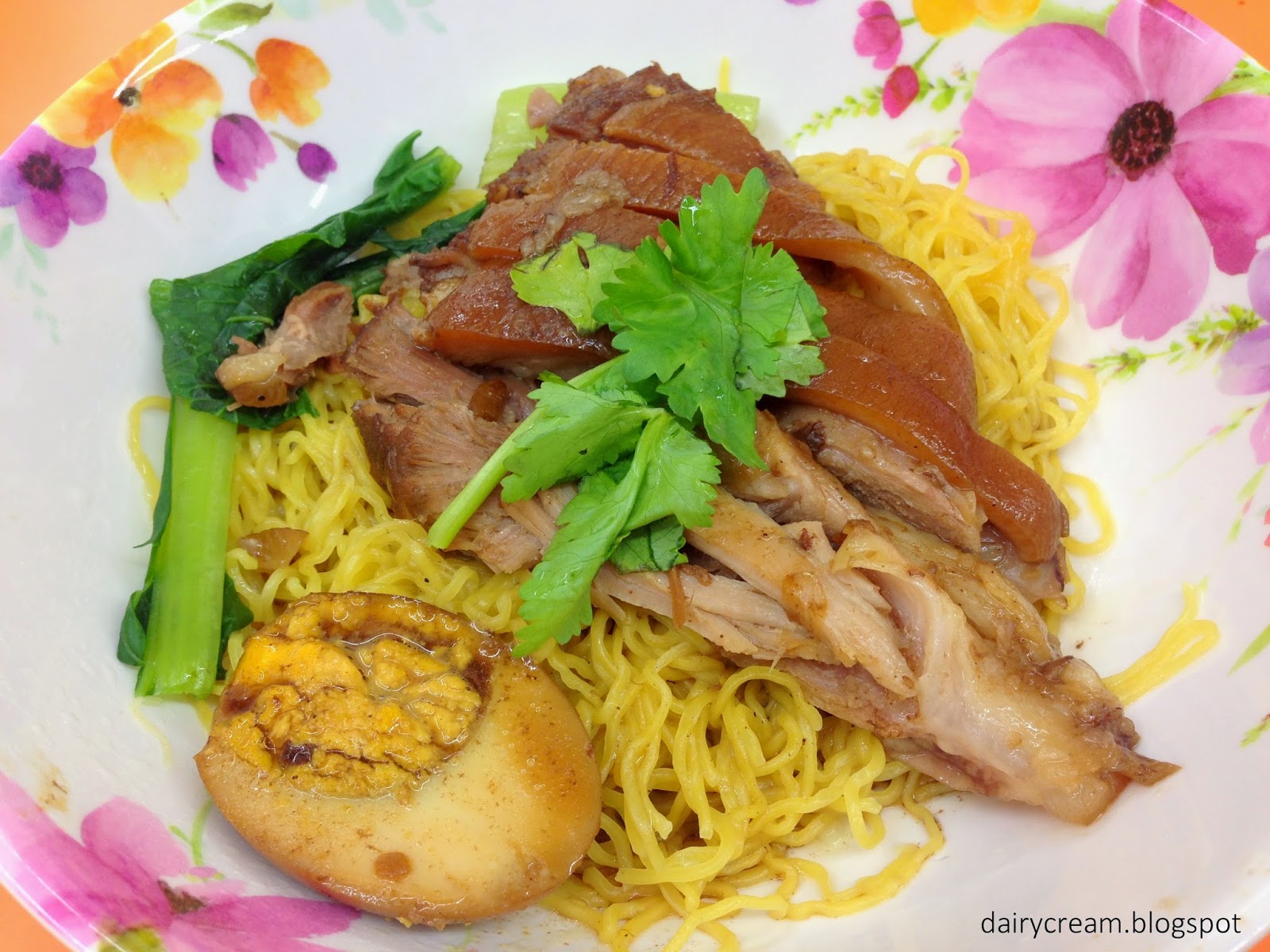 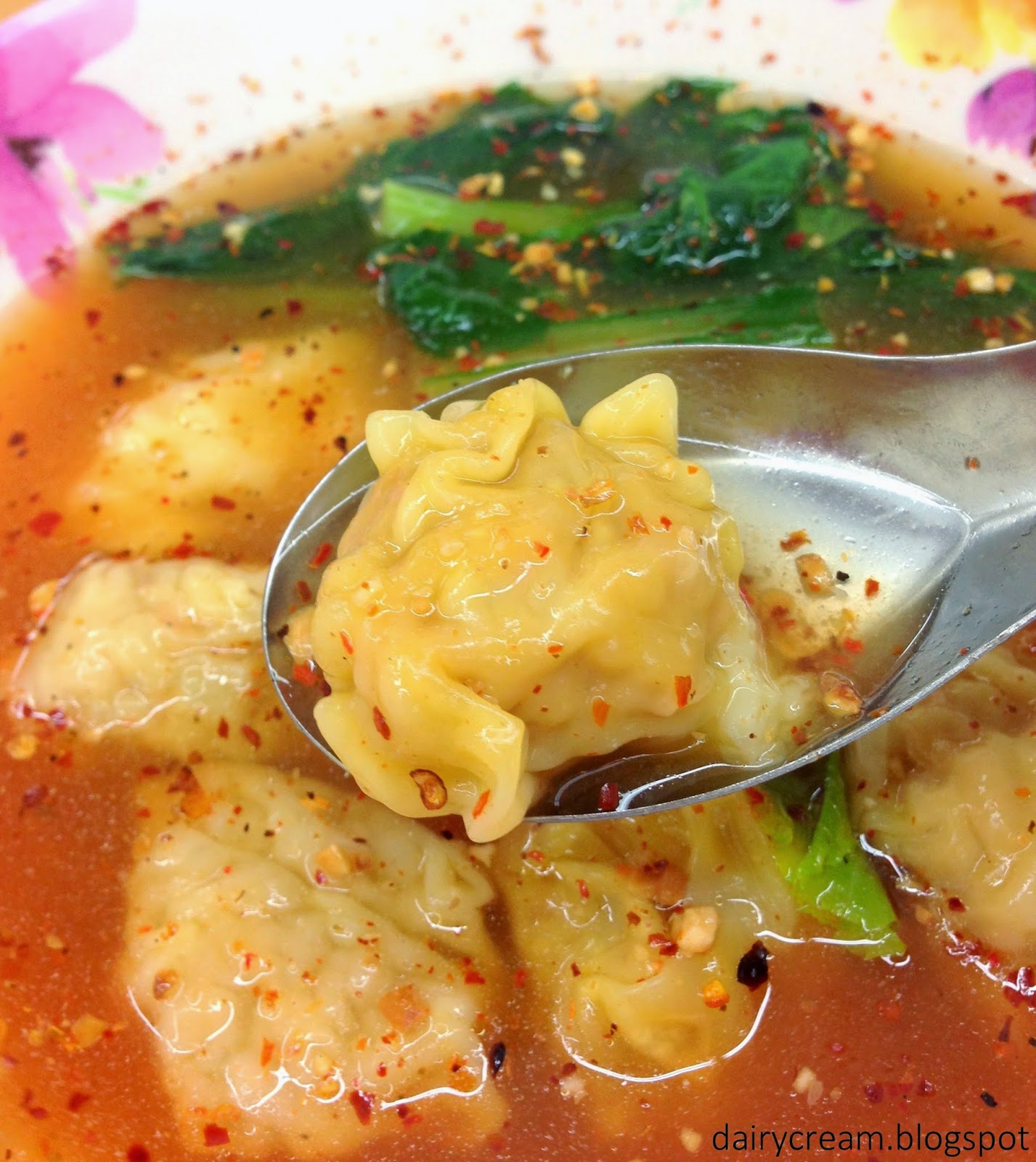 Every order of noodles (except the Pork Trotters noodles) come with 3 plump meaty wantons, with a skin that was soft and melting. They were so tasty that we ordered an additional bowl of Tom Yam Wanton Soup ($6/10pcs) 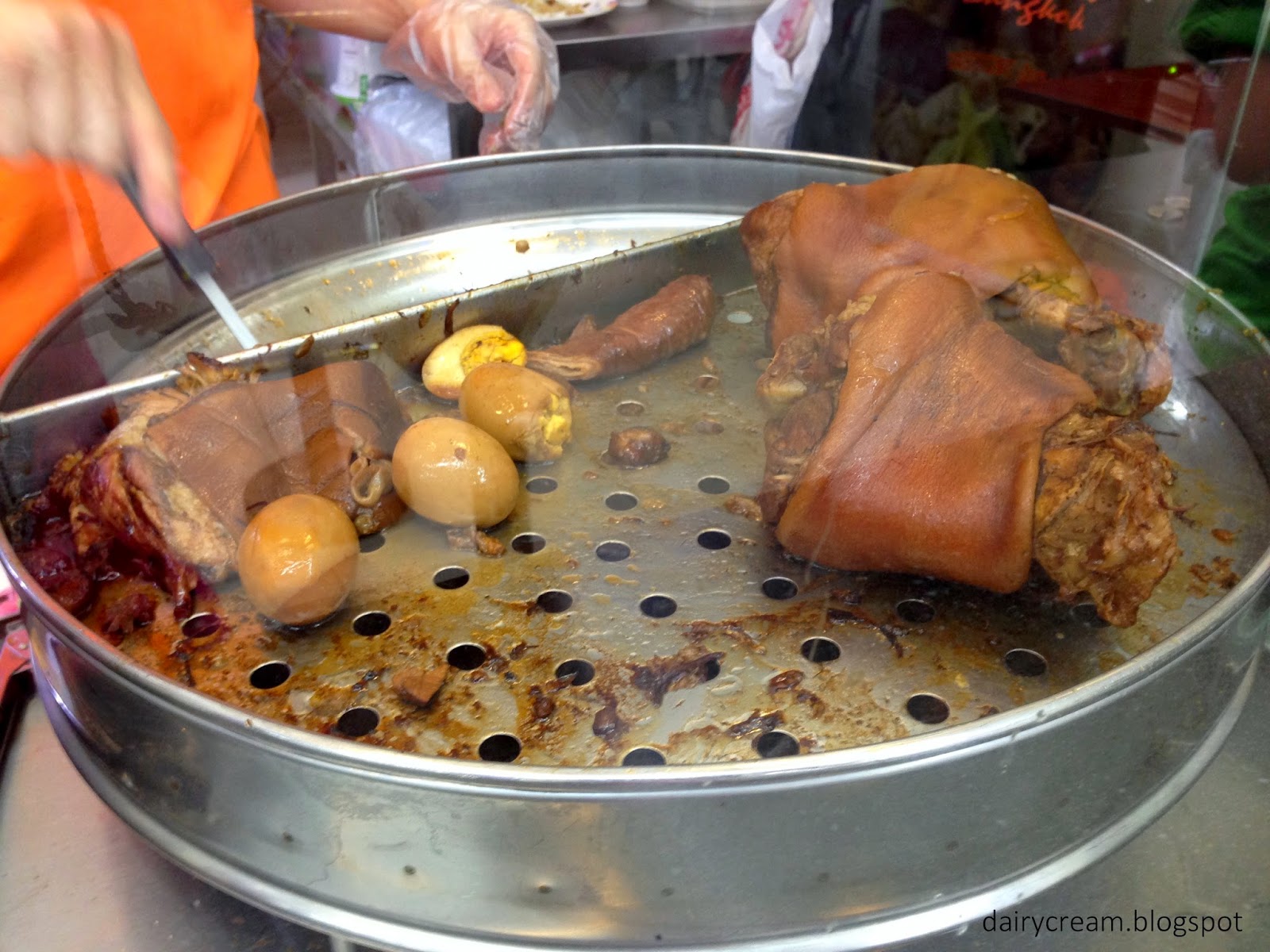 Another highly recommended item is the Kaa Moo aka pork trotters. We had the platter ($6) that comes with pig intestines, trotter skin and braised eggs. 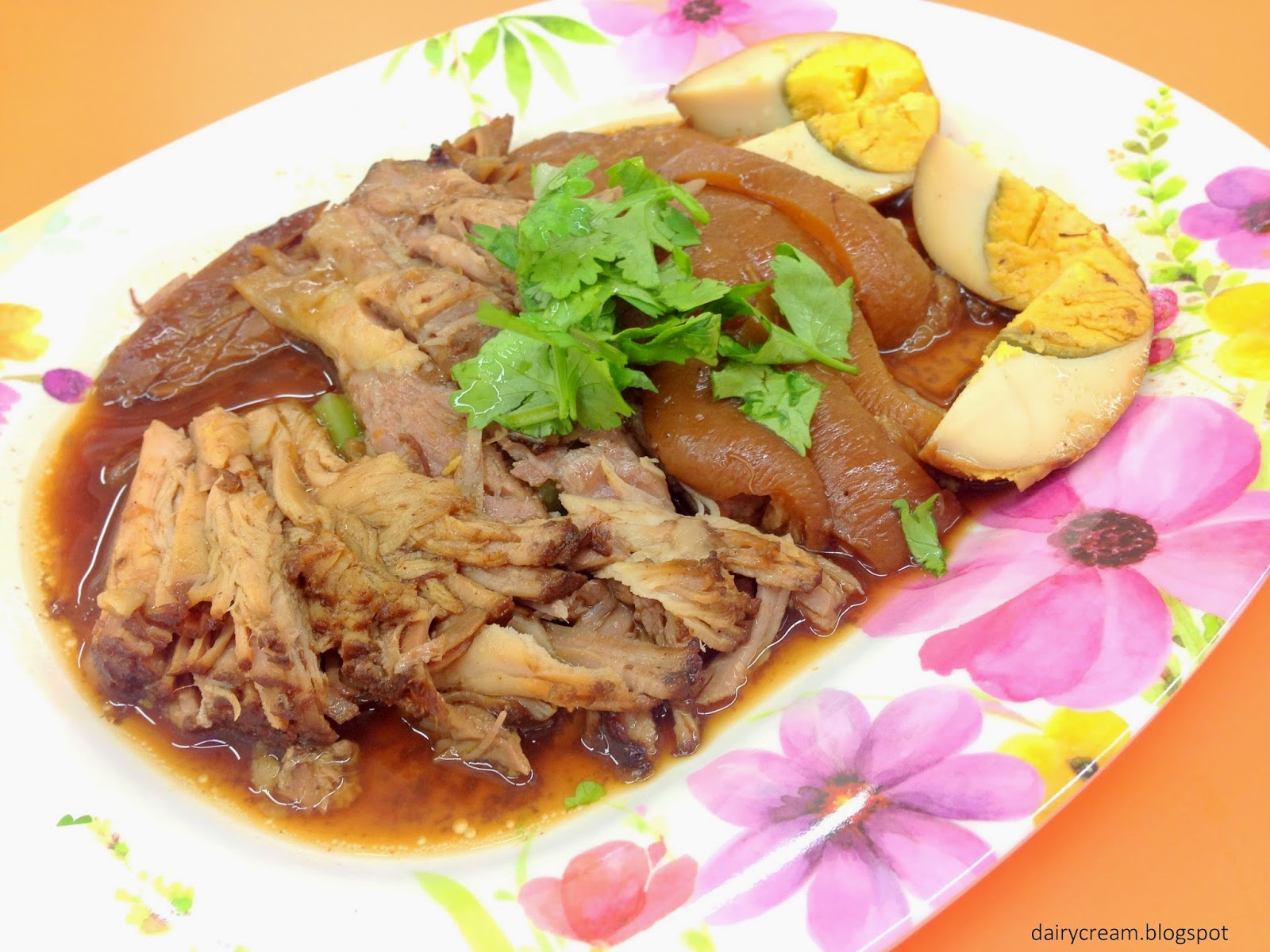 Compare to the traditionally rich Taiwan-style braised gravy, the sauce is significantly milder and the meat is uncompromisingly soft. Purists who swear by the authentic sweet Thai version may want to add more sugar from the condiments on the table but I was thankful that this dish was customized to suit local palates. 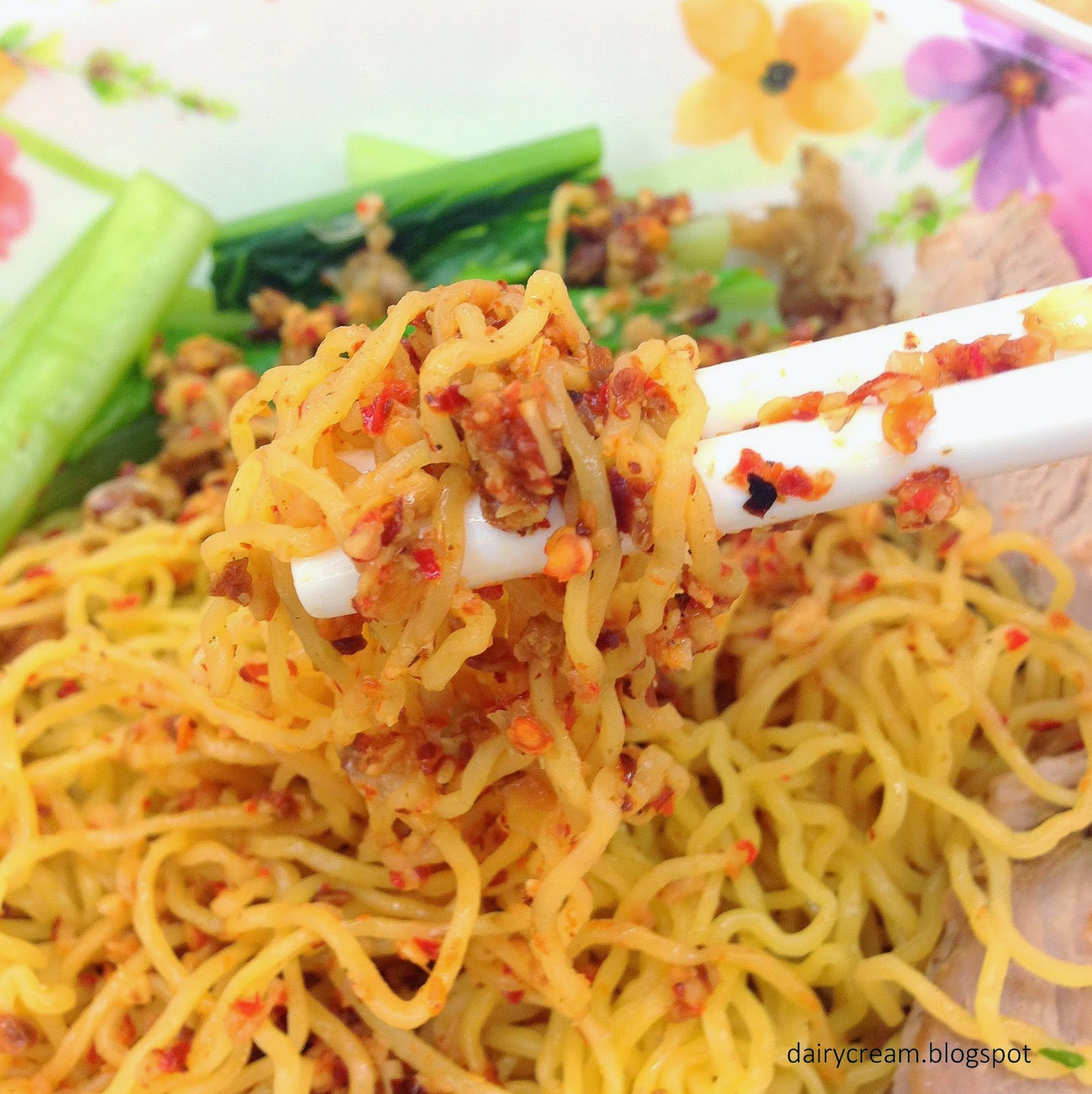 At the end of the day, nothing is as memorable as the terrific bowl of Tom Yam Wanton Mee Dry. It was definitely spicier than expected but this is a good thing. As old habits doesn't die out fast, I tossed more chilli flakes into my bowl and continued slurping happily right till the very last bits.