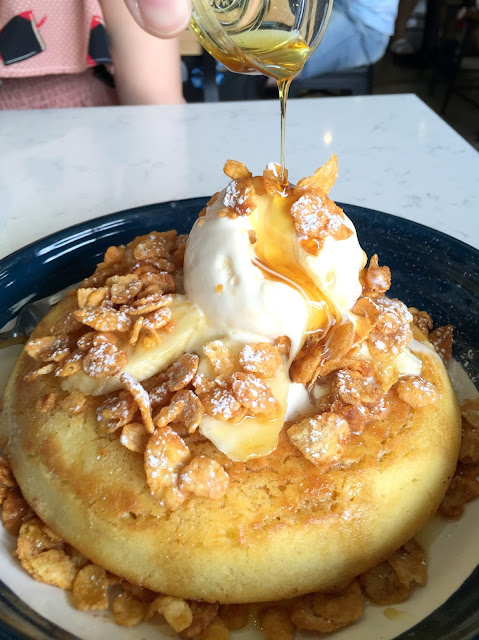 It feels good to come back to Bukit Timah after so long for an old girls catch up. But the scene has changed here with so many new F&B outlets, one of which is Atlas Coffeehouse that is opened by the same duo behind the now defunct Assembly Coffee. 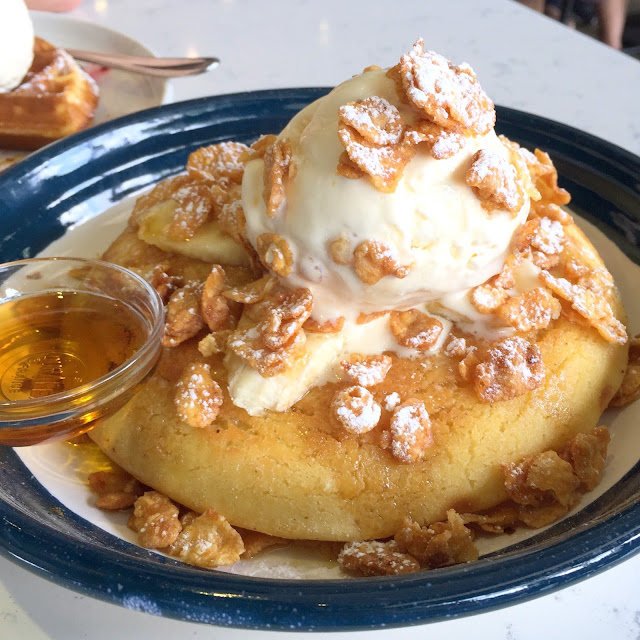 I was keen to try the food here after hearing raving reviews from many foodie friends. The one-page food menu is short and concise, with about half devoted to savoury and the rest to sweets. Perhaps the dish that appeared most often on the Instagram feed was the Atlas Butterscotch Banana Pancake ($18.50), a UFO-sized pancake dome topped with caramelized bananas and homemade butterscotch and honeycomb syrup.

It was indeed a sight to behold, as no cafes in Singapore has ever done it this way. It's like a soft, pillowy butter cake that become dense and moist as it gradually soaks up the honey and melted ice cream pretty well. It's sinfully sweet indeed (some might surrender) but makes a deserving weekend indulgence especially with the crunchy cornflakes. Stuffed though I am, I could not stop eating. 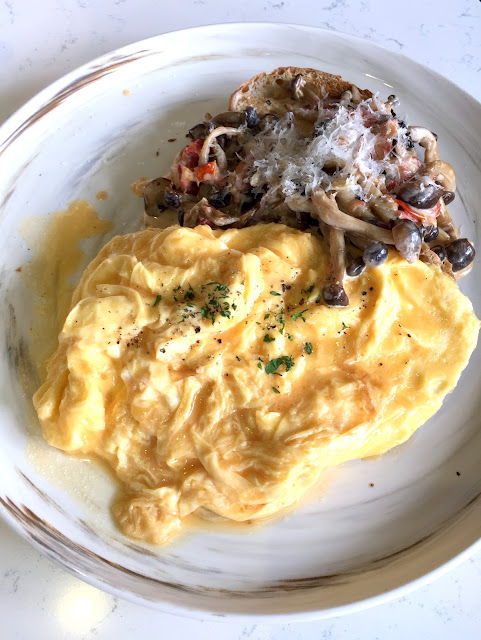 The Creamy Mushrooms on Sourdough with Scrambled Eggs ($17) would be a safe and sound option for those craving for savoury dishes. The eggs were executed well but the flavors were quite flat for the mushrooms. Perhaps some herbs or a more generous amount of Parmesan Cheese would do the trick. 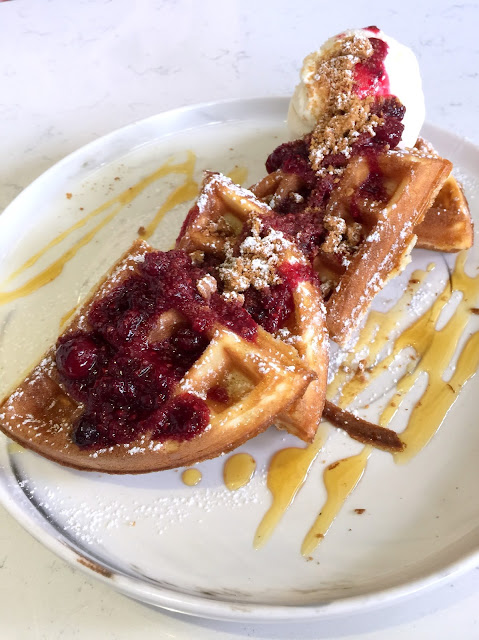 That said, I was bowled over by their all-time popular buttermilk waffles; crunchy on the edges and tender on the inside. I had the Mixed Berries Compote ($13.50), which sufficiently tangy to tame the wildly sweet vanilla ice cream  but I shall try the Earl Grey Caramel next time.

Add that with a cuppa hot chocolate.