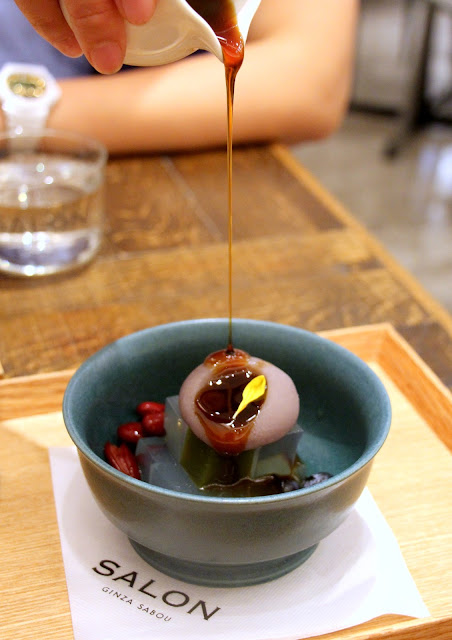 Salon Ginza Sabou is part of the Salon adam et Rope group that focuses on Japanese traditional sweets. But it seemed like the business did not take off very well initially until the menu expanded to the Matcha parfait--the one which almost every table would order.
Many people would call it a photogenic sweet but I didn't find it pretty at all. I was rather skeptical as it looked just like the matcha tiramisu served in the Maccha Kan. But I was glad to be proved wrong. It's a sophisticated box buried with plenty of gems such as chestnuts, Warabi jelly, genmai crunch, matcha gelato beneath the matcha dusted chocolate veil. Excellent composition that begets triple satisfaction that an average parfait tower. 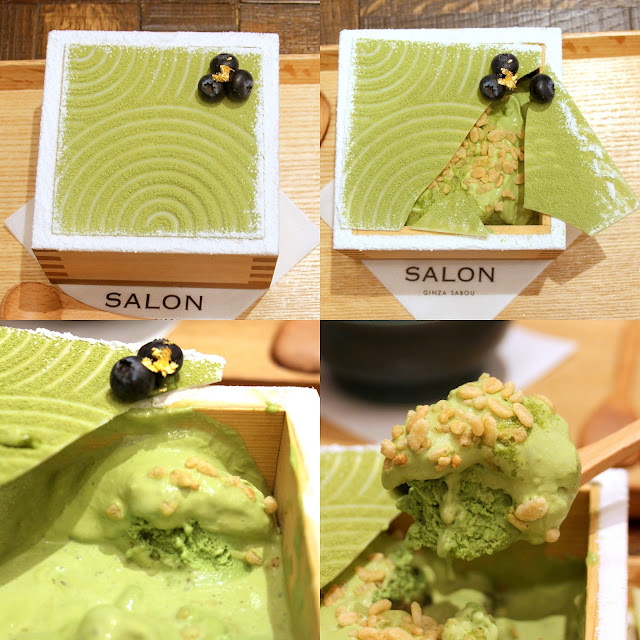 As it was late after our dinner at Hanatare, the Warabi mochi and the seasonal Wagashi were sold out. But thankfully there was still the anmitsu on the menu for my friend who wanted something light on sugar and calories. Fret not if you want more substantial bites as this place also serves classic rice sets featuring Yukihotaka rice from Gunma prefecture as part of its Salon Rice Project and some ala carte dishes. It's a pity that I missed out the award winning tea from Inokura Tea Farm but I can imagine it will make a good pairing with the sweets. 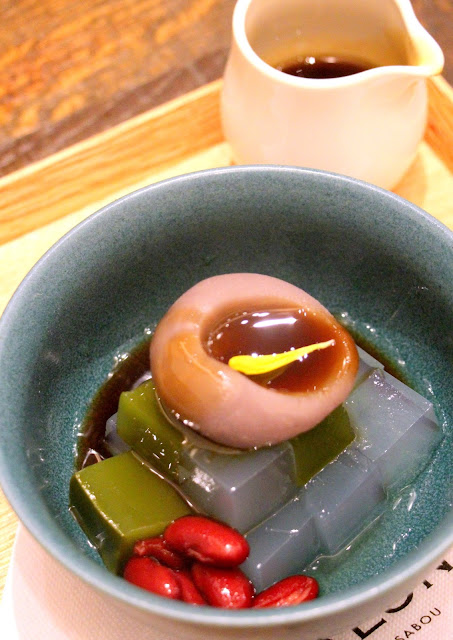 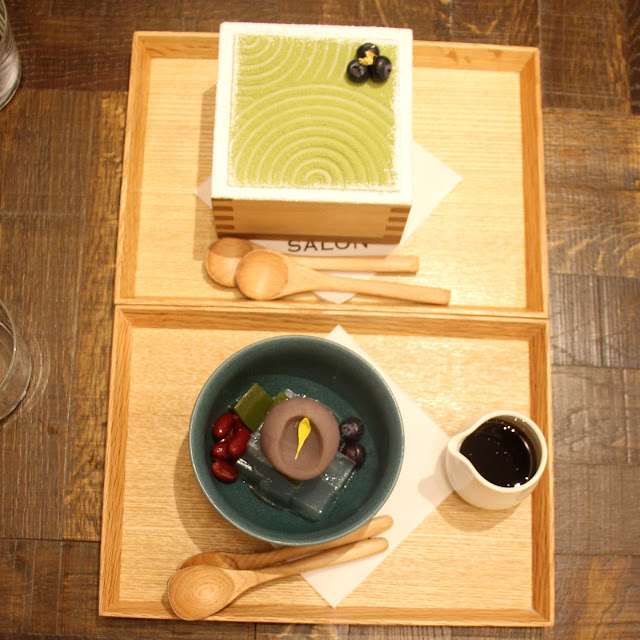