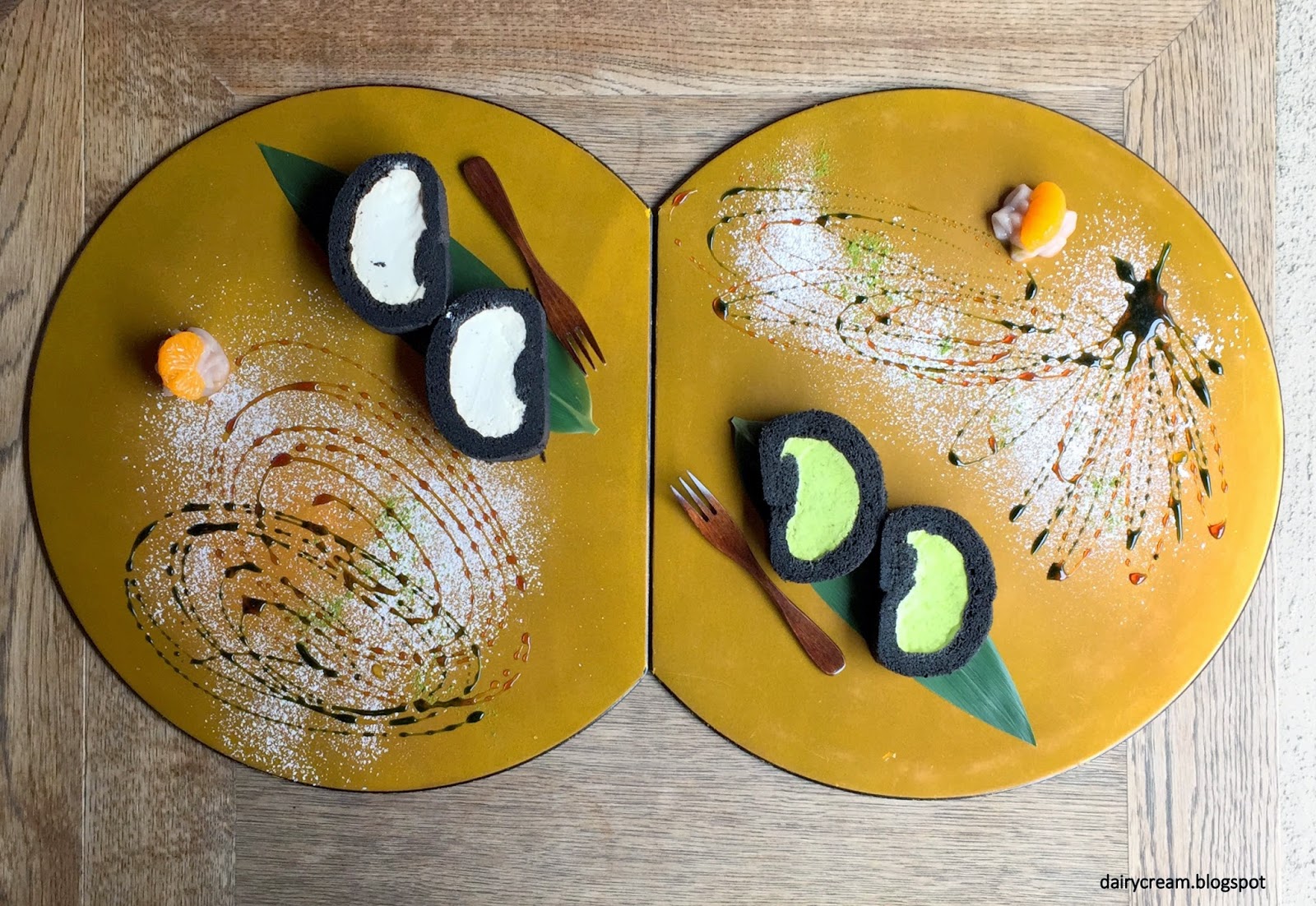 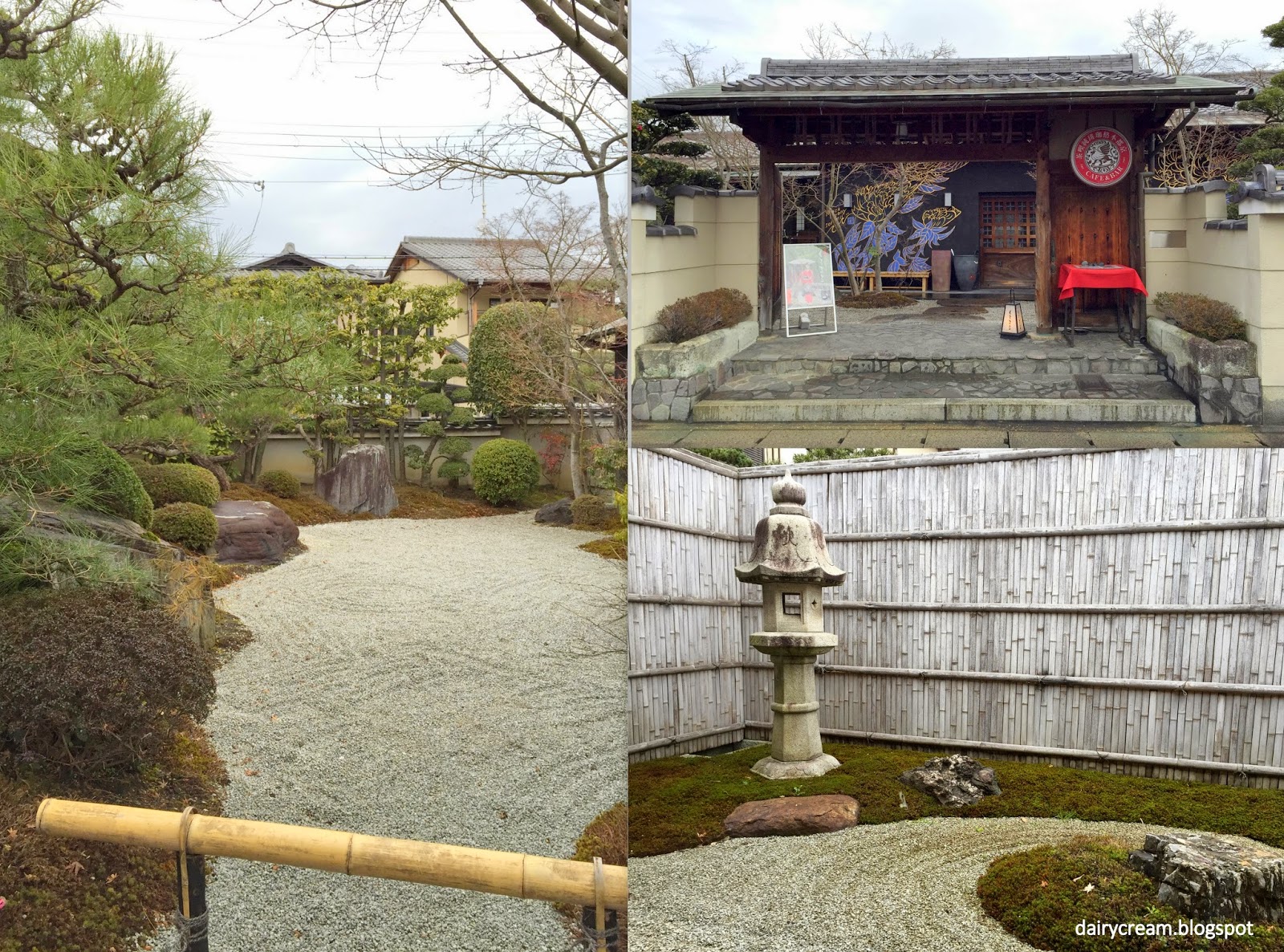 Housed in a old Japanese mansion with a beautiful 140-ha Zen garden, ExCafe is an exclusive Japanese Wa cafe located away from the main commercial streets of Arashiyama. There is undoubtedly some gentrification going on here but the food is backed by solid cooking. 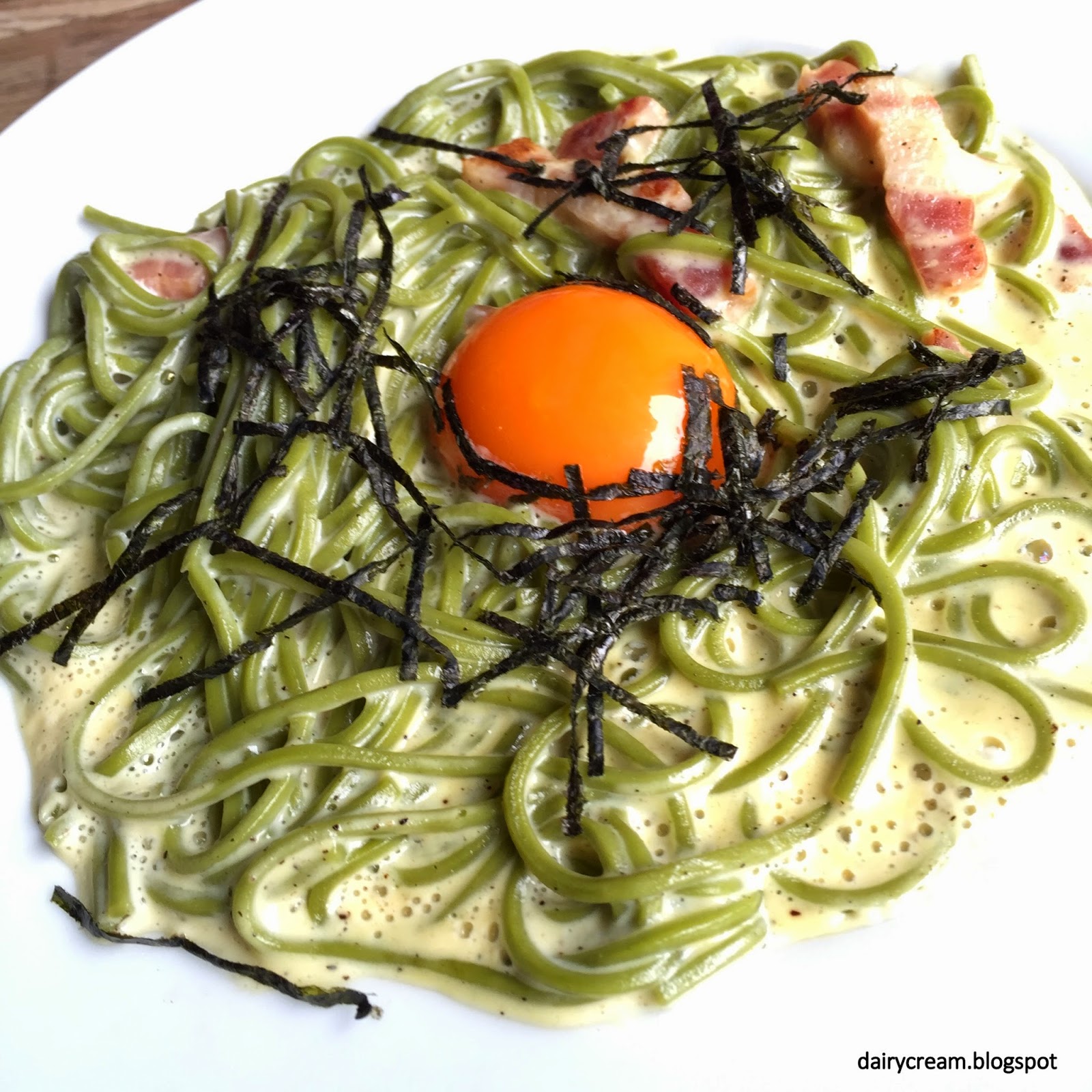 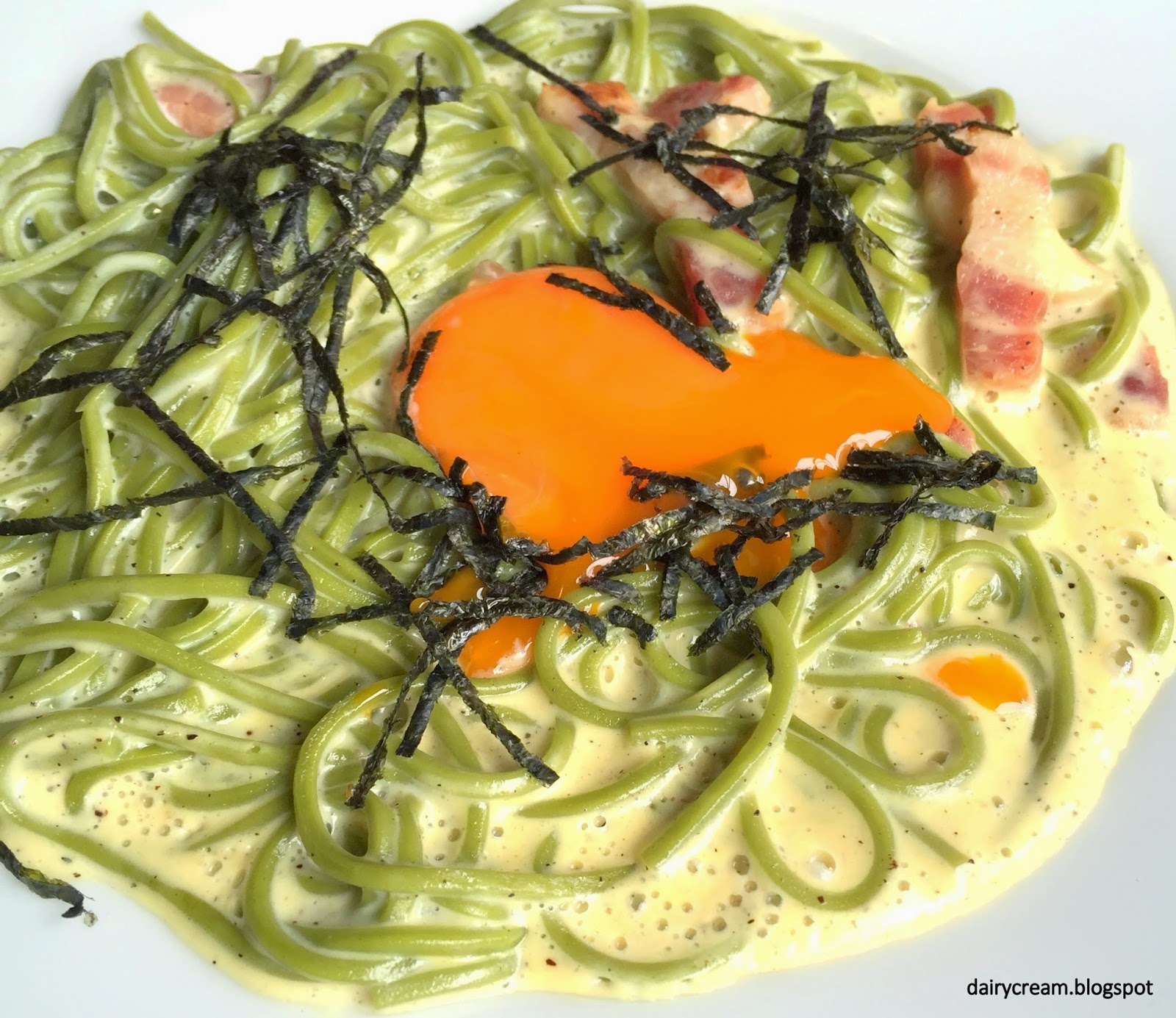 The Tea Soba Carbonara (¥1060)is the BEST Carbonara pasta I've ever had in my life. I don't really care whether cream was used as long as it tasted good.

This was the perfect plate of pasta that I have longed search for; the salt, the earthy matcha soba, the cheese, the premium rich egg from "Tamagoya" of Saga Kyoto (「京都嵯峨 たまごや」の「特別濃厚卵」. The aromatic sauce is rich, flavourful and in the golden consistency that coated every strand of noodle. 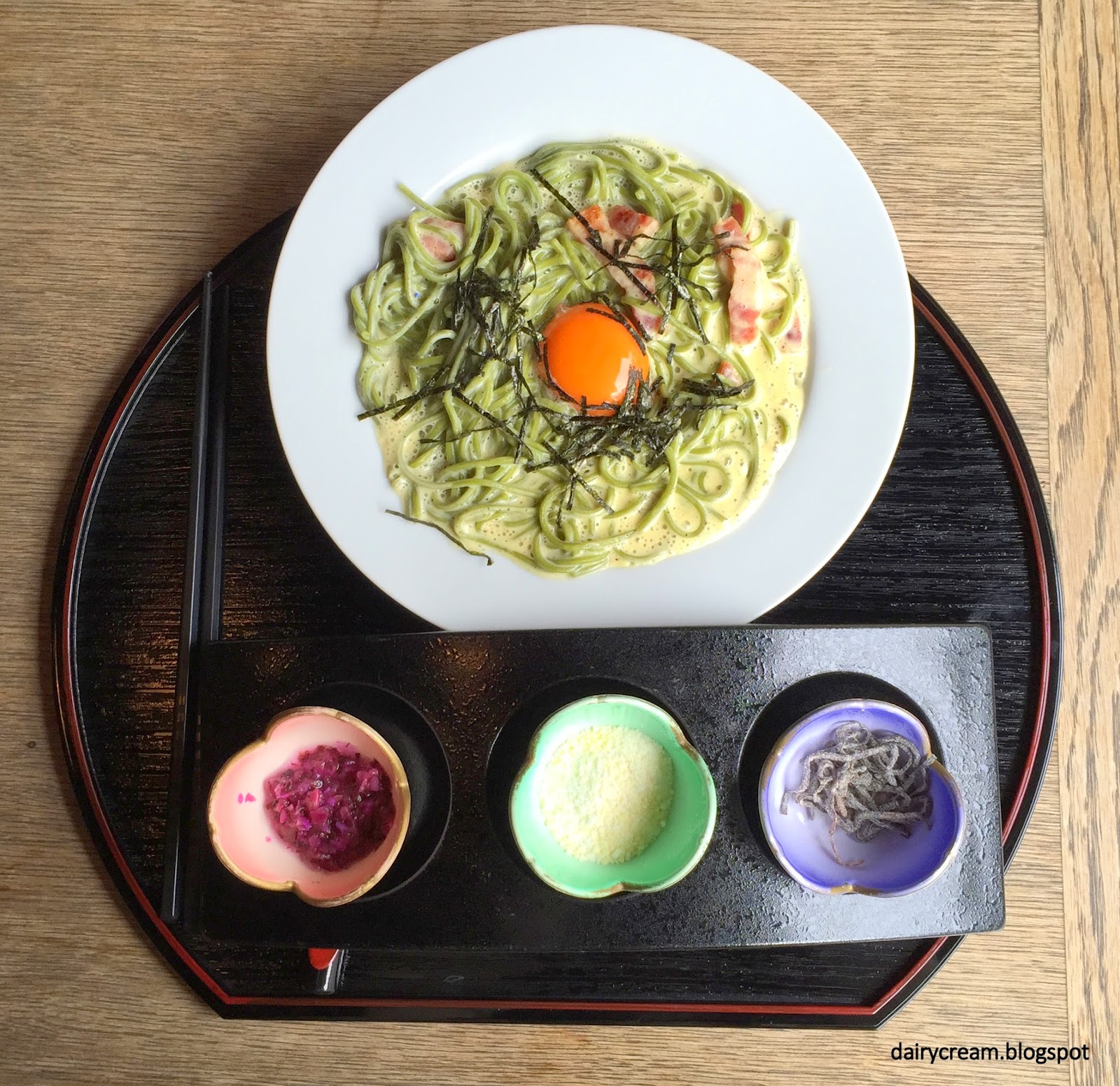 Just as I thought I am in heaven, the trio of condiments, namely shibazuke, salted konbu and cheese powder, plunged me back into reality, into the fact that I am now right in Arashiyama. The dish doesn't require extra seasoning but if you like to play along with the novelty, why not? 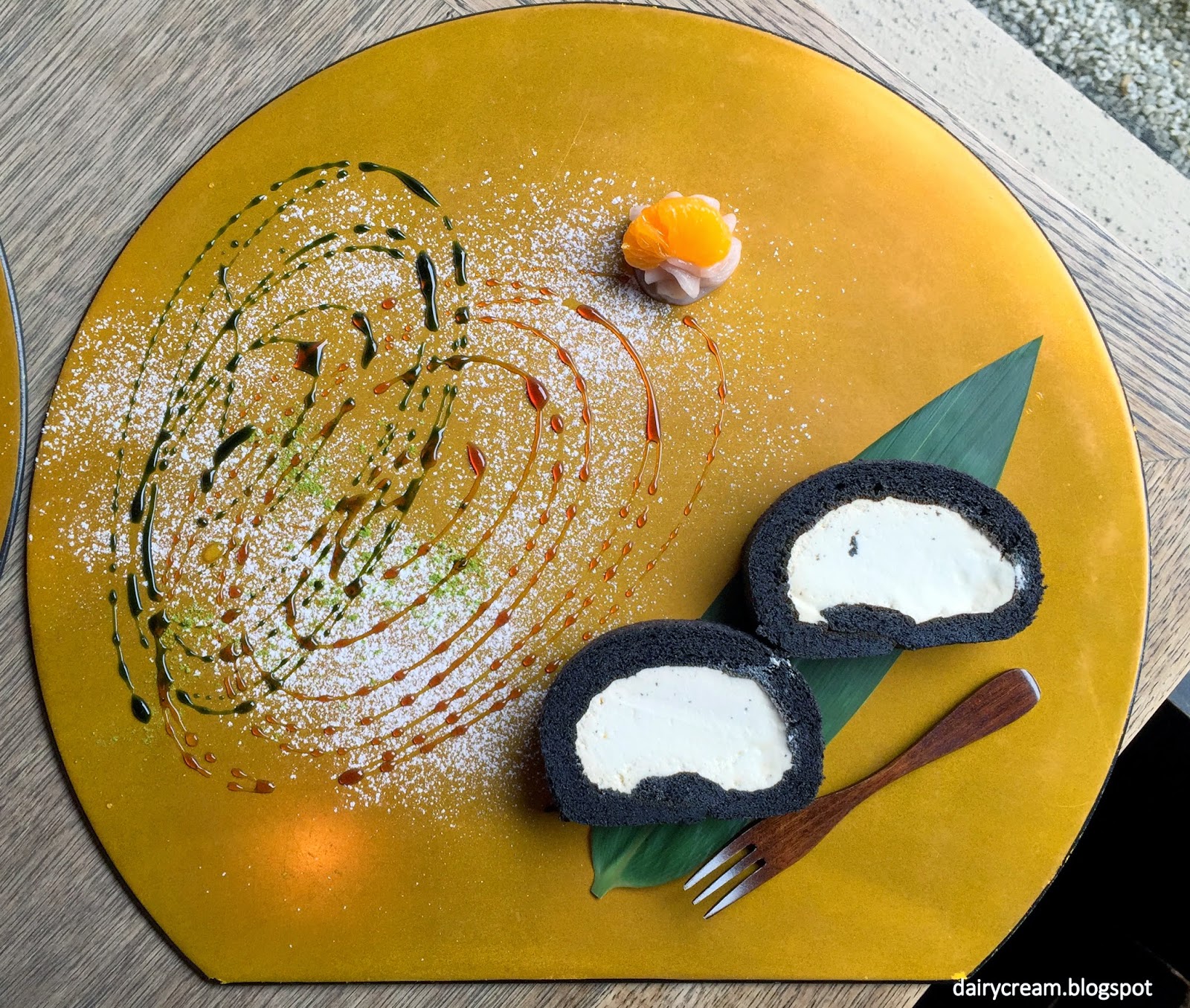 京黒ロール くろまる
Most locals come here for the Kuromaru Roll, a dark mysterious black roll that has been featured in local magazines and TV. At ¥600 for 2 pieces, it might be more logical to buy their whole roll at ¥1200. Golden plate that looks like an art, you'll get your money from the aesthetics alone. That said, the roll meets more than just the eye for presentation. The sponge is softer than a rabbit's fur and the cream, as pure as it looks and merely tainted with a dash of sugar. 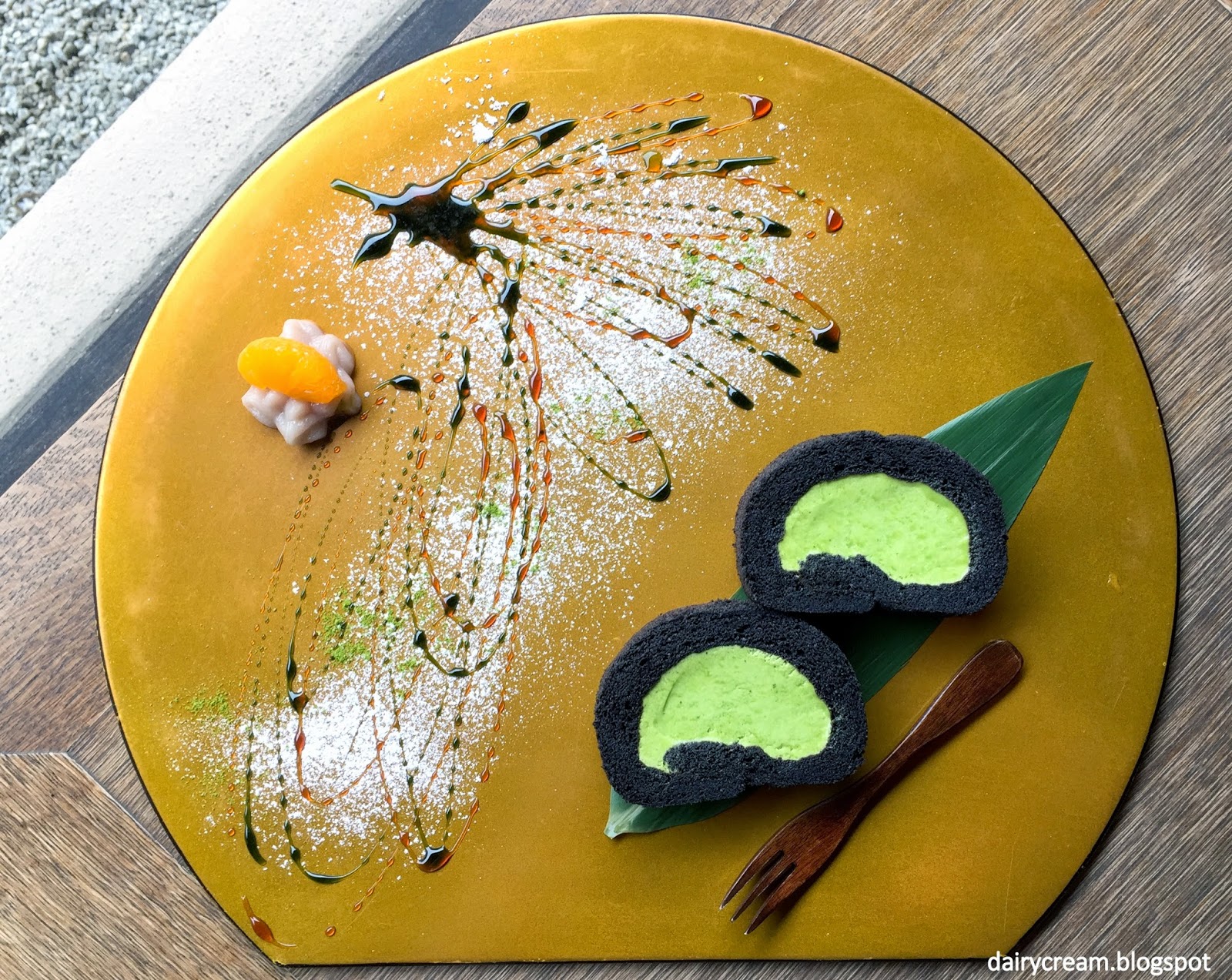 京黒ロール くろまる抹茶
There are two other versions, matcha (¥790) and Harimaen's organic matcha (¥890). Since I can't tell the difference between normal and organic stuff most of the times, the normal matcha flavour was more than enough to keep us happy. It was so TRANSCENDENT that I had to restraint myself from licking the plate.
In case you are a rusk monster like me, excafe belongs to a company with another brand, Rokkakuan that specializes in Japanese style rusks. Think shichimi-shoyu (seven spices soy sauce), salted kinako, Kuromitsu and of course, Uji matcha. There is a shop along the trek upwards to Kiyimizudera. 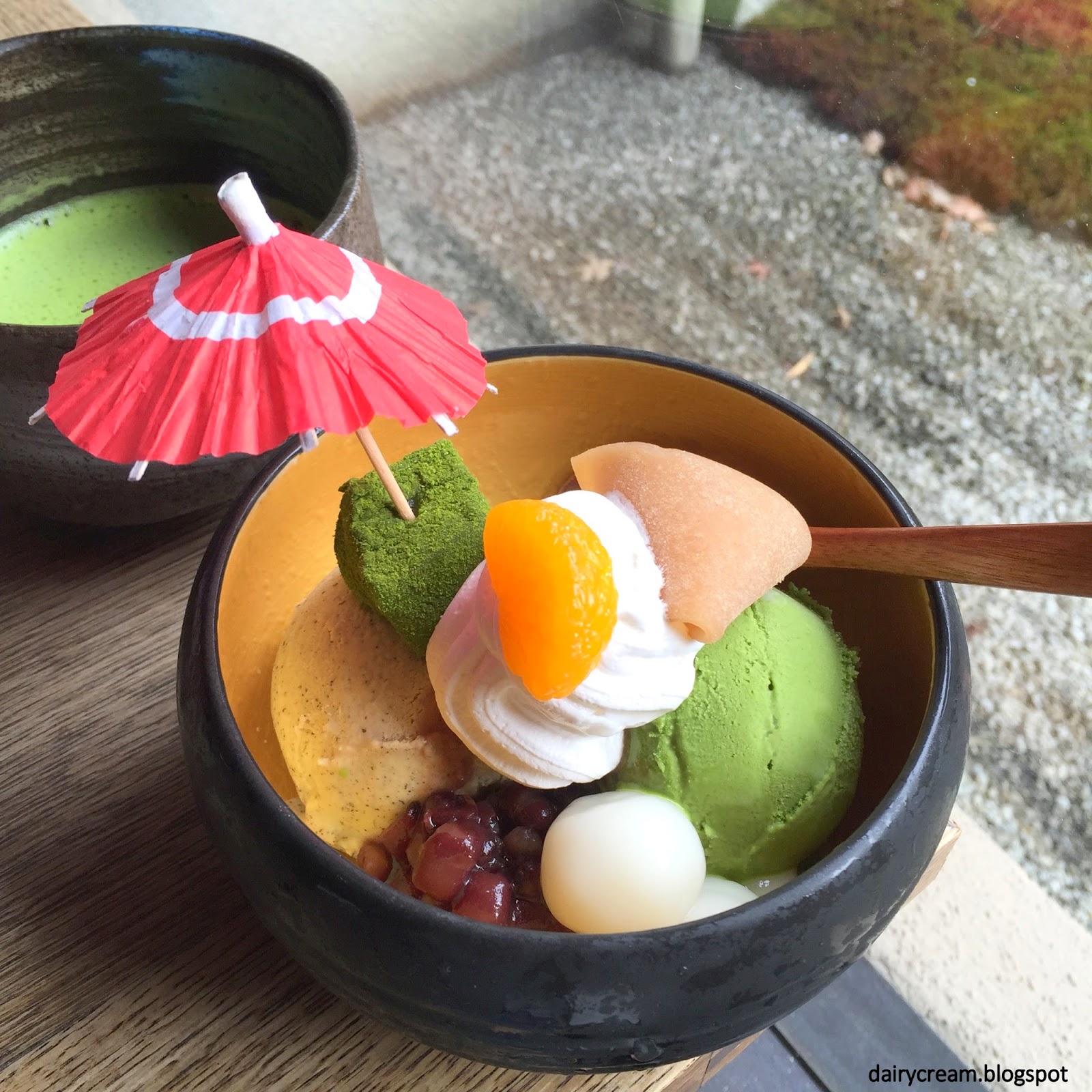 天龍寺パフェ
We complete the zen retreat with a Tenryuji Parfait (¥900), which exuded an orientalistic charm like a young geisha walking with an umbrella in summer. Named after the nearby world heritage site Tenryuji, this parfait contained warabi mochi, Yatsuhashi (Kyoto's cinnamon Mochi), organic Houjicha and matcha ice cream. 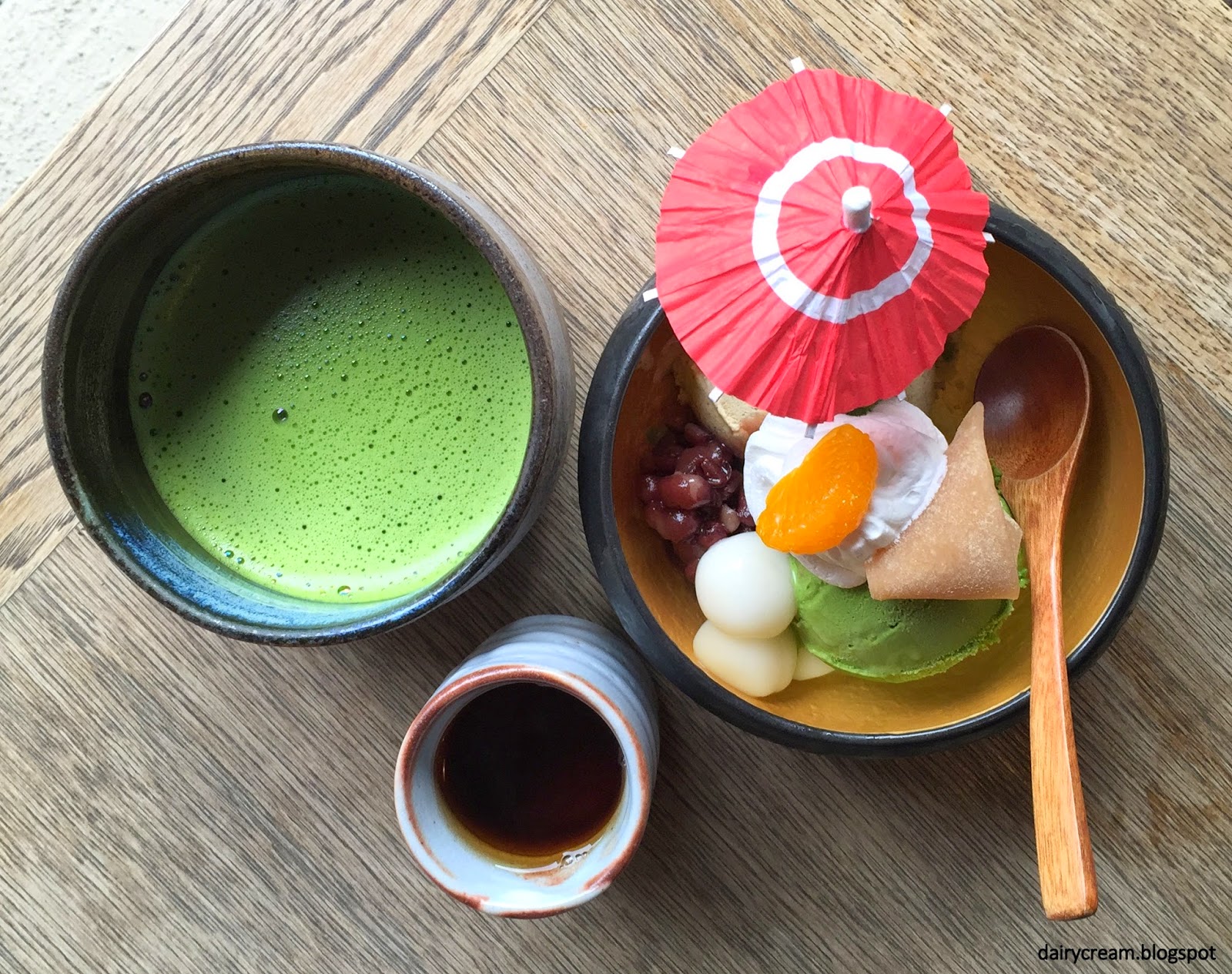 This was normal, albeit slightly too icy and sweet. All food can be topped up with an additional sum of ¥300--¥400 for a drink. I had a hot brew of freshly whisked matcha, sipping and pondering over the meaning of life as I gazed at the beautiful gardens.
Shhhh....don't hush a word. Let there be silence.