I have been a follower of Yamashita's san cakes since he was at Glacé. He moved on to Flor Patisserie later but little did I expect that he have set up his own shop when I was merely away from Singapore for only a year. 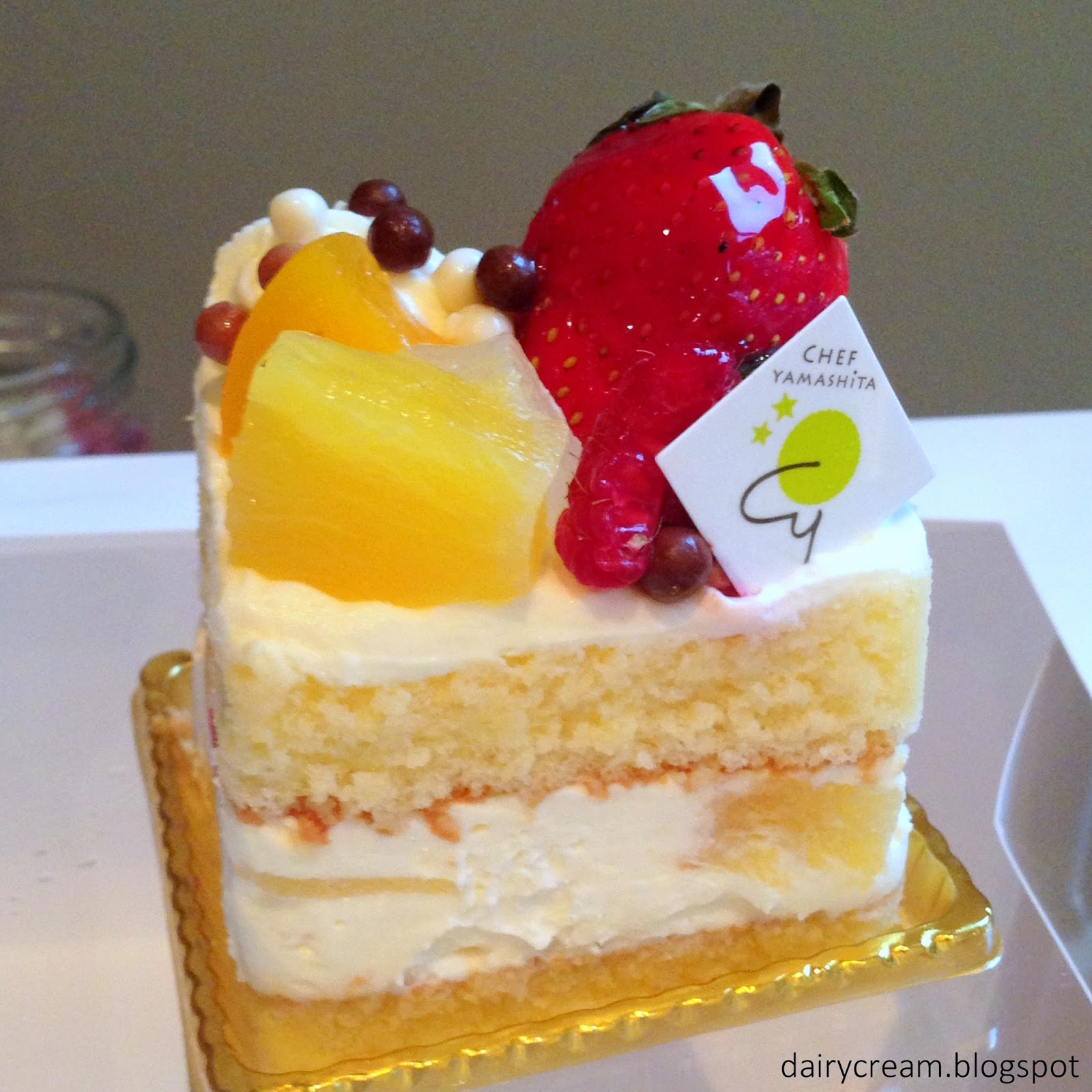 Though locations have change, the taste and style of this Osaka trained patissier has remained the same. For instance, his signature strawberry shortcake still delivered that excellently fluffy, aromatic sponge with luscious super-fresh cream. 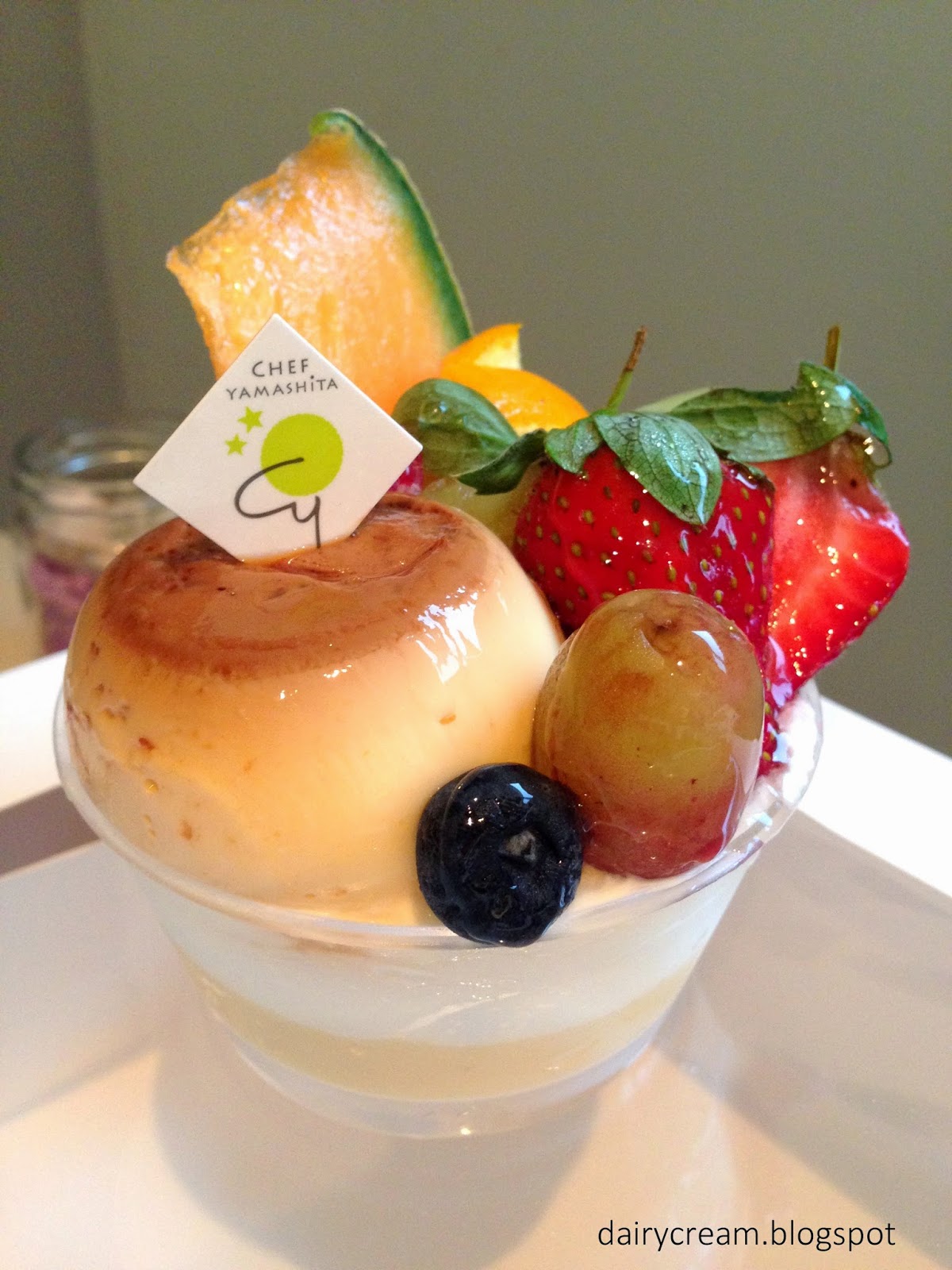 The Creme Pudding A la Mode took me by surprised as the custard pudding is still rich but not overpoweringly sweet, a welcome change from the classical dense version which is a brutal test of one's tolerance to cream and sugar. Fresh fruits and hidden crunchy chocolate balls lightened the deal. No wonder Shirley littlemissbento says she could polish this entire bowl by herself. Anyway, it is all thanks to Shirley that I could 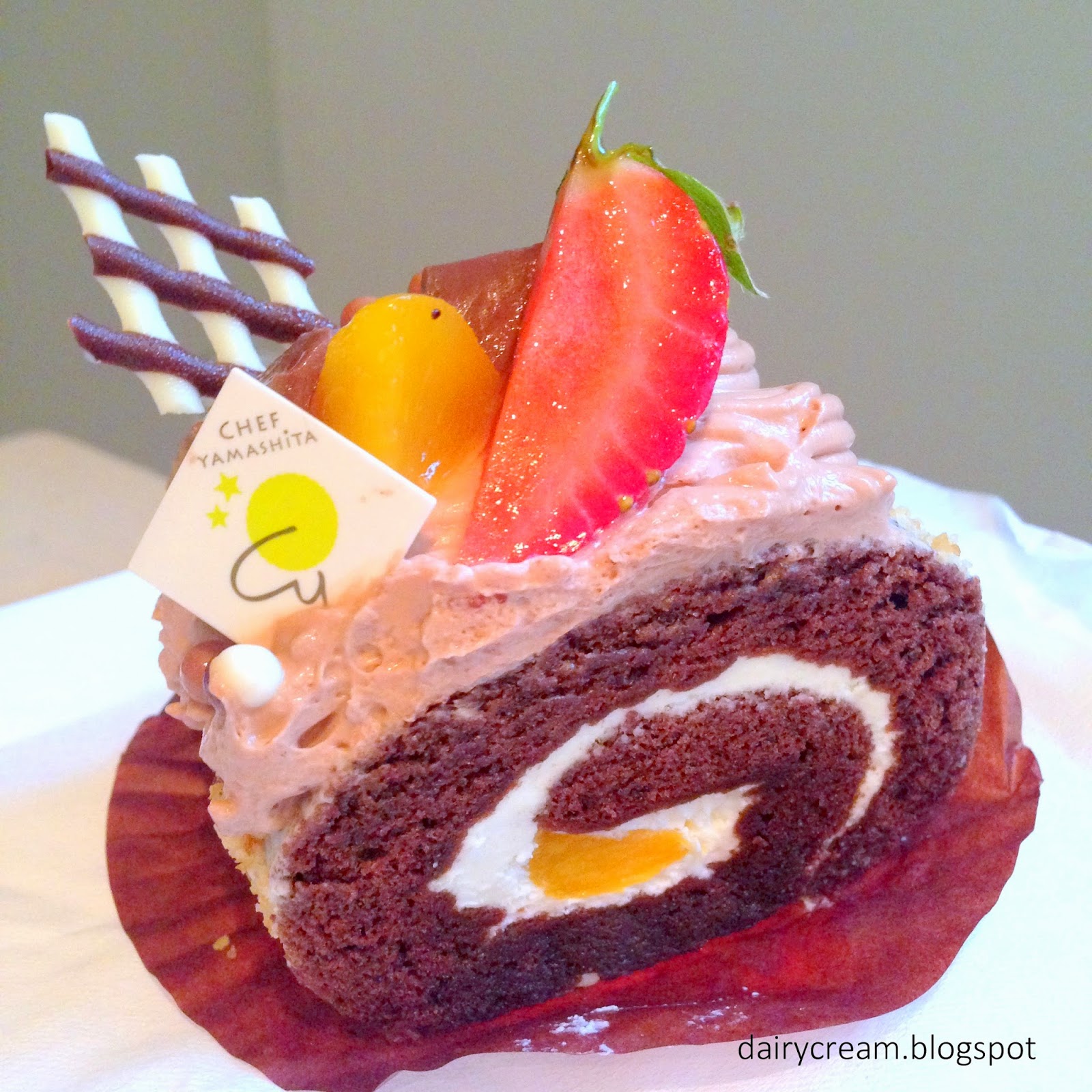 On the other hand, something went amiss when the chocolate sponge roll seemed to be as sweet as the plain shortcake sponge. More like a traditional English Swiss roll with more sponge than cream, the wavy strands of chocolate chantily and melt-in-your-mouth Nama chocolate squares became the target of my fork. I wish there was more intense cacao notes in this cake. 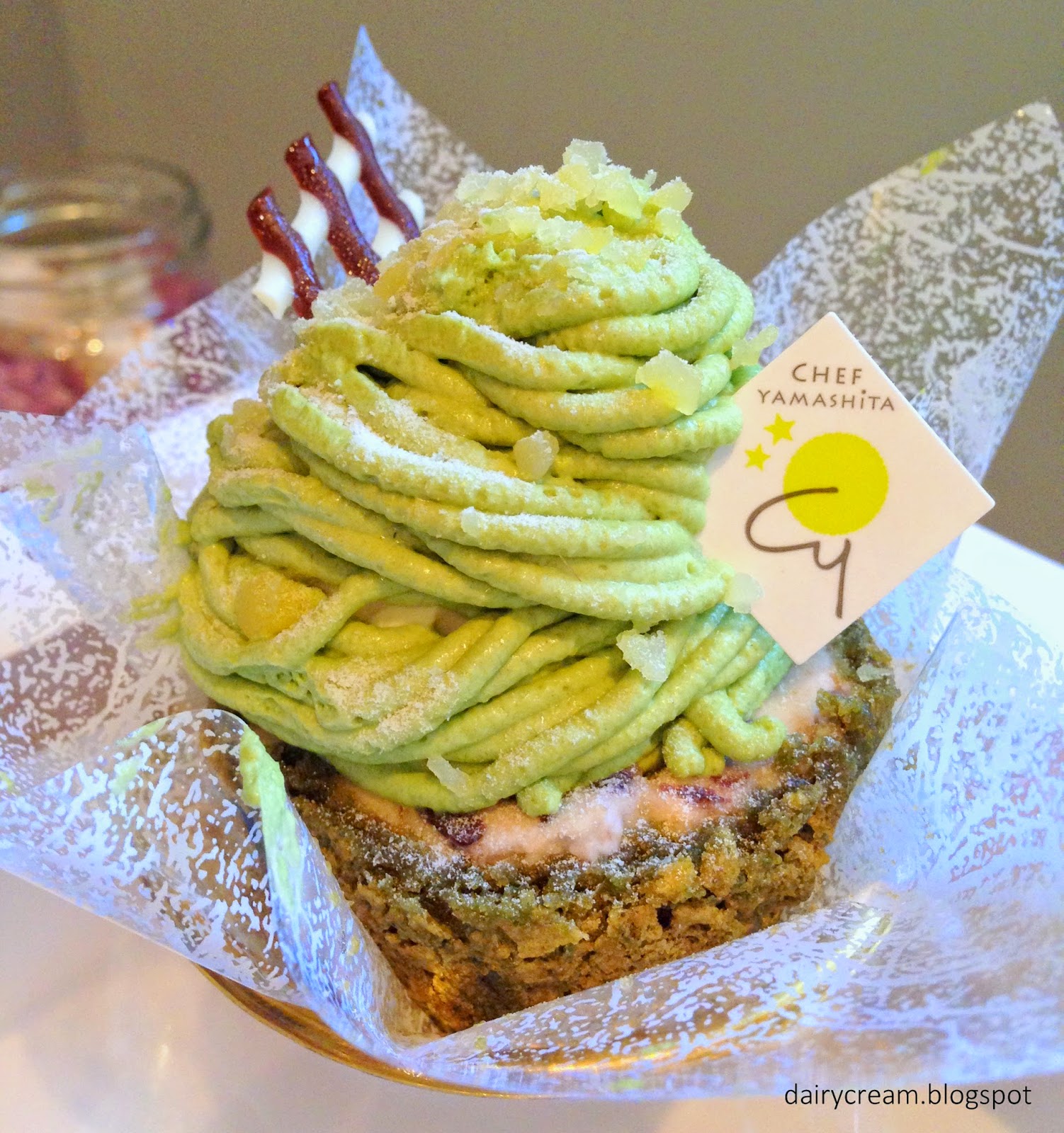 But out of the five cakes I've had during this sitting, my favourite was the Matcha Mont Blanc on Sesame Chestnut Roll and the Luna Wrap. Some might feel that the matcha wasn't concentrated enough but I thought it was one of the better matcha-incorporated cakes in SG. But the highlight is not the mountain of matcha cream, but the greyish roll that has the potential to stand as one good dessert itself. 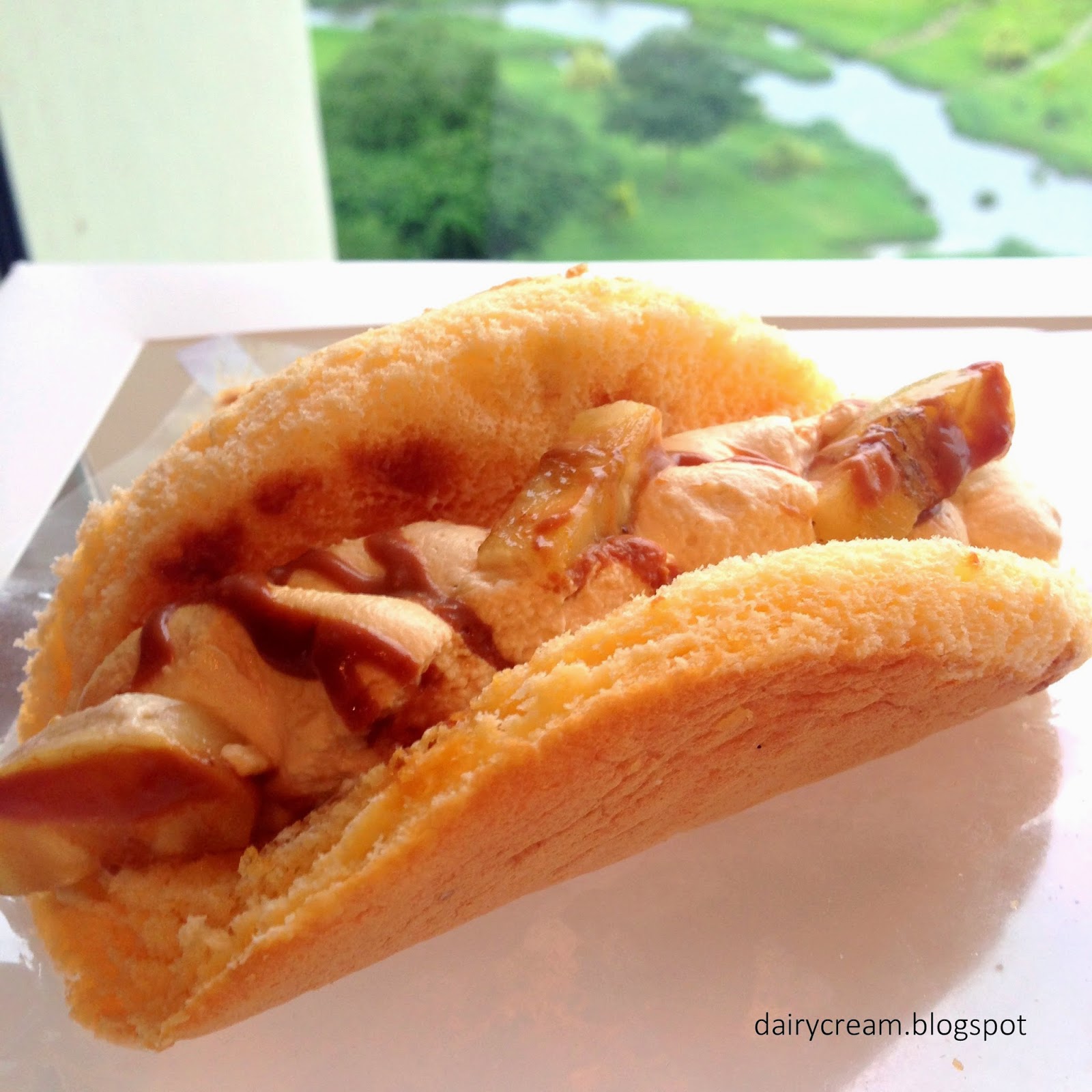 Perhaps inspired by the crescent shaped moon (Luna), the so-named omelette sponge wrap looked so deceivingly dull but one will be greatly humbled by its taste and texture. Pillowy and fragrant with egg aroma, the sponge encases caramel sauce, caramel whipped cream and bananas as if they were delicate babies.
Consistent quality cakes at no more than $6. This is going to be my regular to-go place for Japanese cakes.