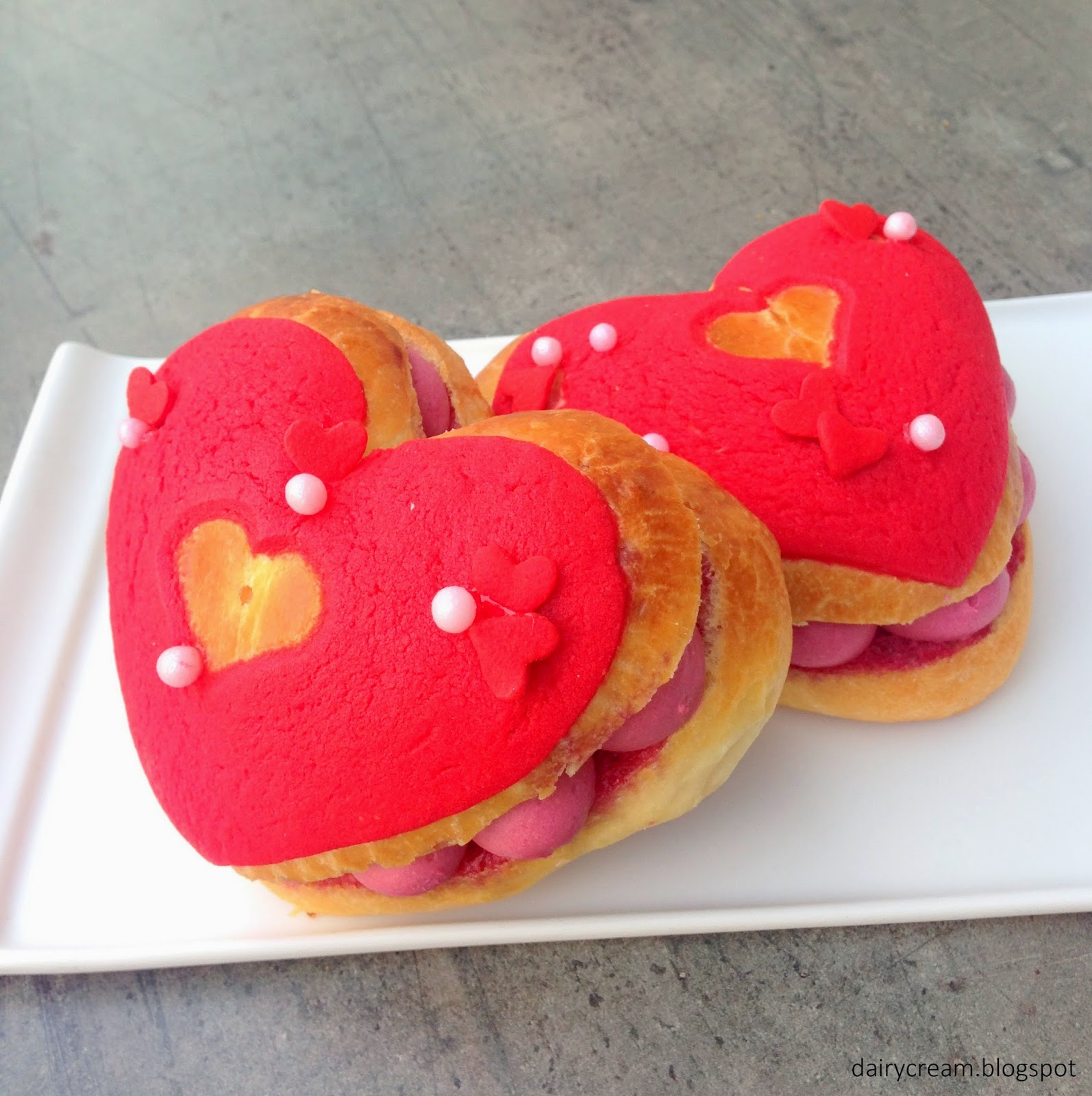 Ooh!! ah!!! That was the excited responses from the tables when this pillowy heart appeared in front of our eyes. Sandwiched with raspberry cream, this Valentine's special creation named Tropezienne ($12) turned out to be a brioche burger instead of a choux puff. The raspberry flavour was bright and tart, but the enjoyment was implicated by a rather squishy chilled bun that became fluffier after sitting in room temperature for a while. Nonetheless, this romantic spin on a classic French pastry definitely scored points on originality. 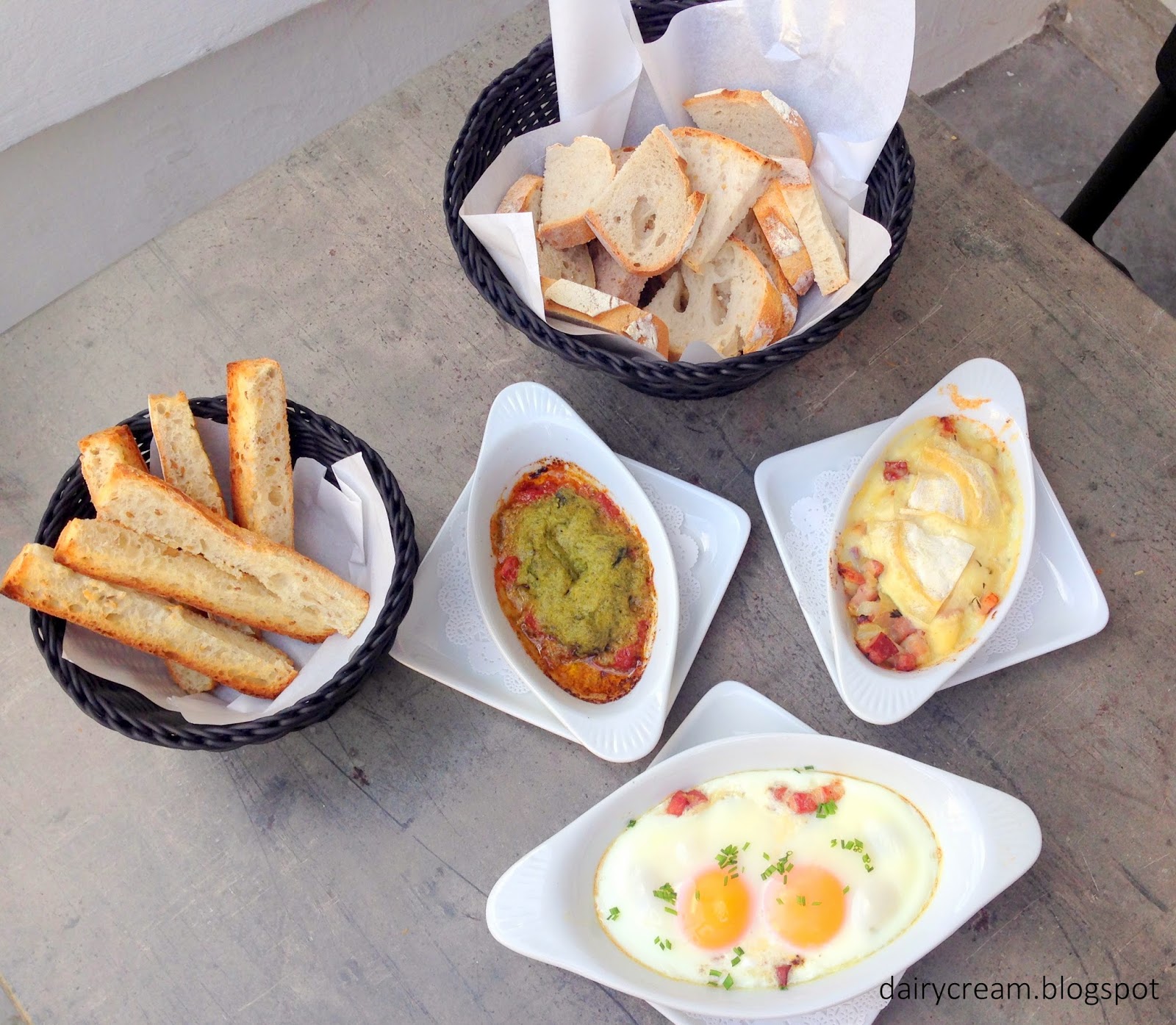 But what makes do.main stand out from the other pastry shops is the traditional bread freshly churned from "natural leavening". These are not to be mistaken as the American sourdough and you will get whacked with a baguette if you refer to it as "sour dough" (just kidding) 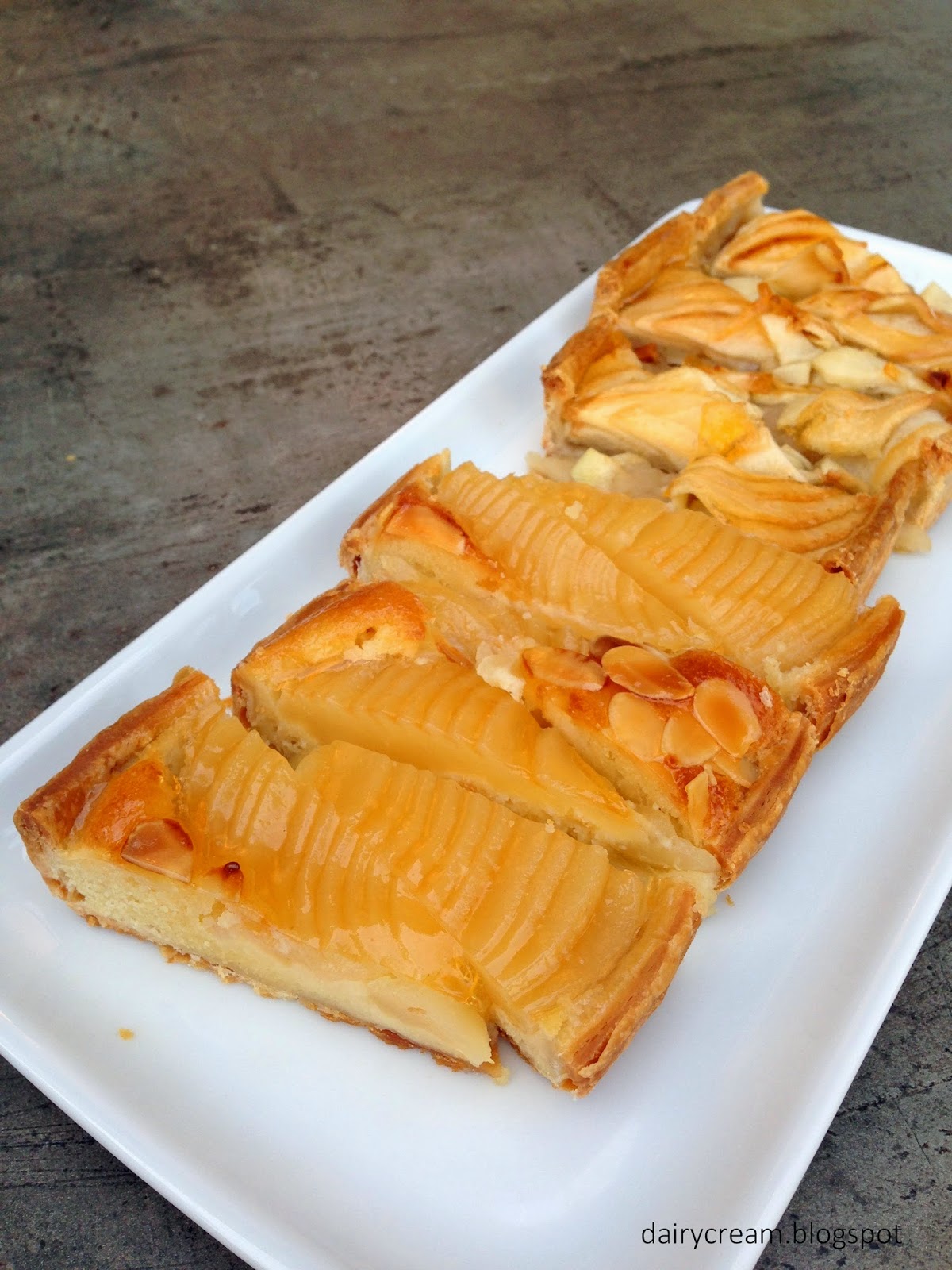 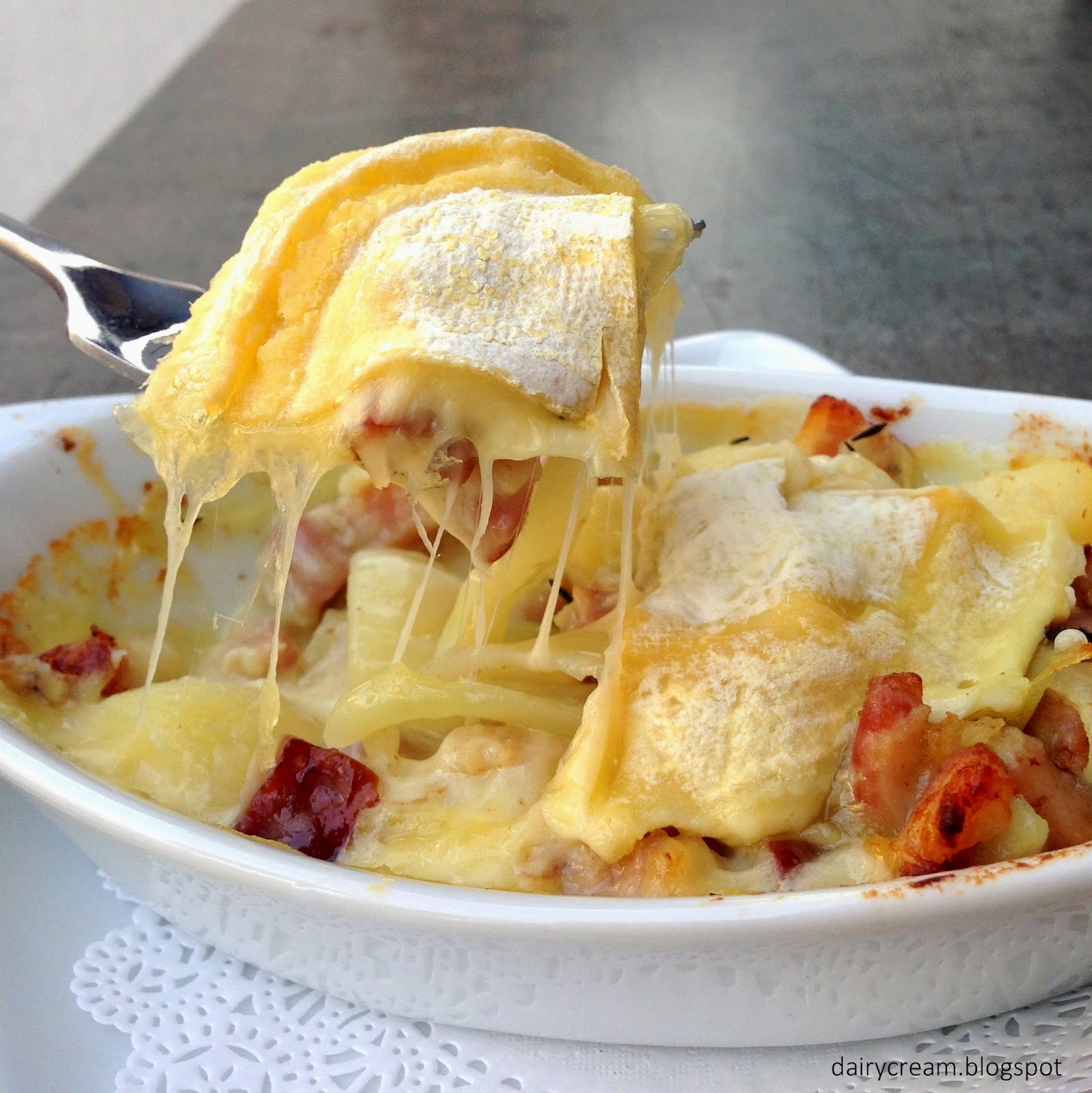 Probably one of the best ways besides eating the bread plain is to have it with cheese.

The Tartiflette "Reblochon" $16 (Oven baked Cheese, Potatoes, Bacon) was one of the ala carte dishes that melted my heart instantly. I could slowly savour the cheesy goodness as the pud remained in a semi-liquid form right to the very final lick. The baked baked escargots $16 here are good too. Plump, tender and fresh, these are unlike their frozen limpid counterparts served at other places in Singapore. 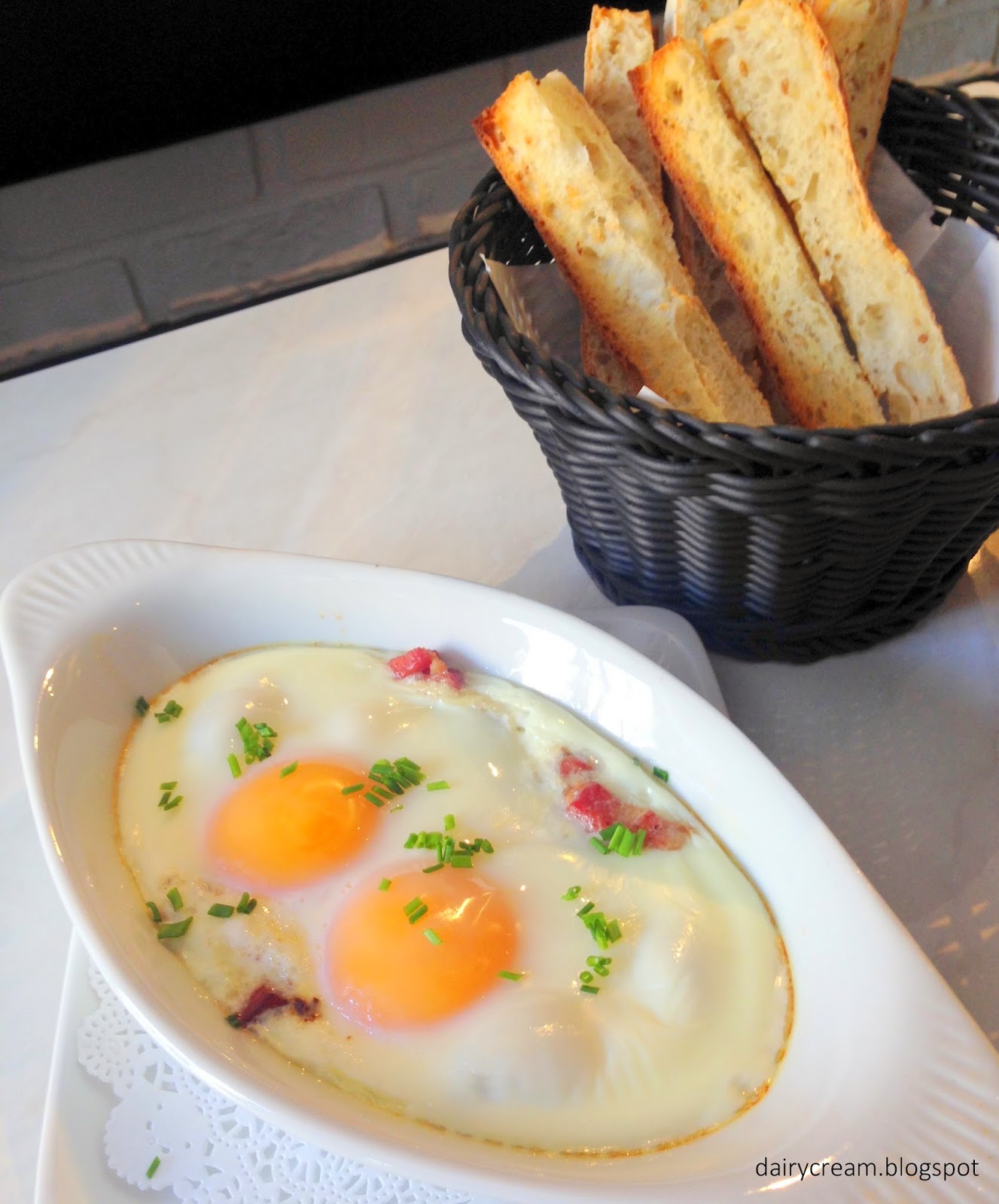 Other French bistro favourites include the Broken Egg (Plain $12/Cream Bacon $15 /Tomato) that is served with Mouilllettes aka toasts soldiers. I doubt anyone will have a problem clearing the assorted bread basket as the bread is truly a mark of the chef's expertise.

It would be foolish not to grab some of the excellent sweets here as well. I highly recommend the macarons that were in a supreme class of its own. The light delicate shells crackle as one bites into it and next comes the moment when the mouth is pleasantly violated with the luscious fillings. 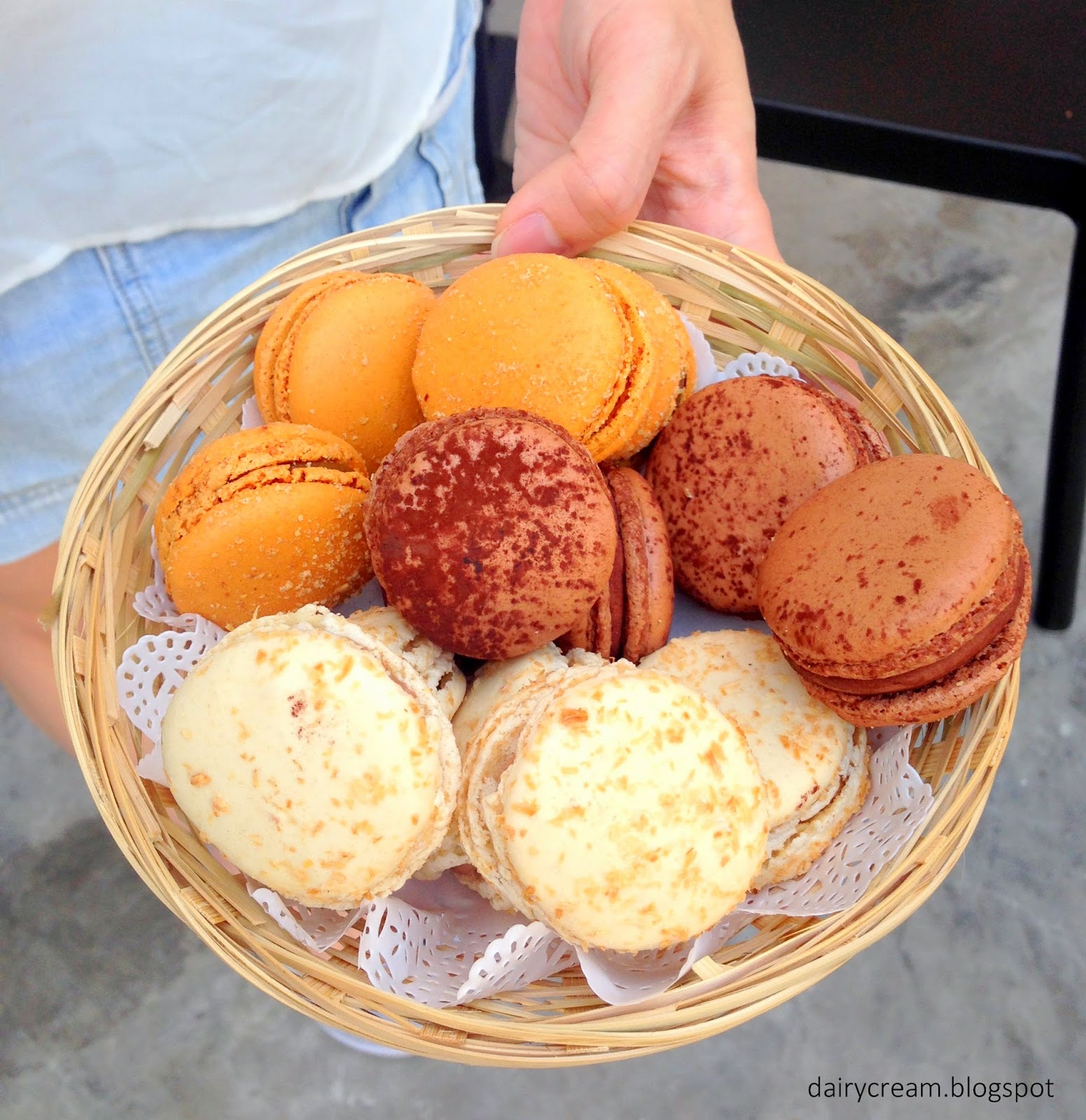 I am obsessed with the Peanut Butter Caramel, which tastes like a royal marriage of Snickers bar and Skippy Creamy Peanut Butter. The Coconut is also unbelievably fragrant and divine. Same goes for the dark potent Chocolate. At $2 per piece/$6 per pack, I must confessed that these are definitely a steal and perhaps more enjoyable than the ones from Patisserie G and even Laduree. 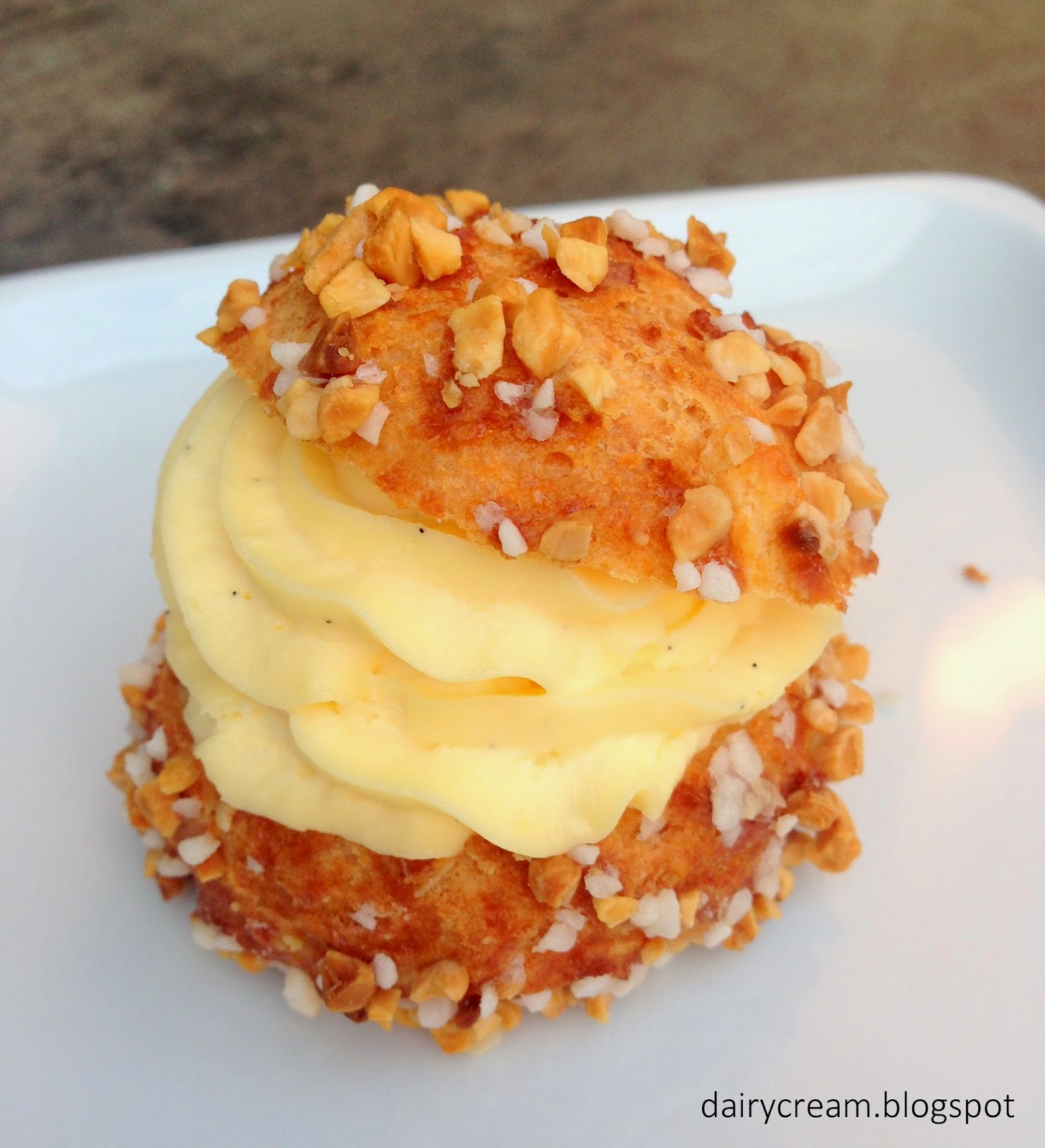 Another must-try is the Cream Puff ($5). Or more precisely, a chouquette puff that looks deceivingly small but sublimely overloaded with almost unsweetened vanilla cream filling. Unmasked by the sugar, this is one rare moment when I could really taste the pure flavors of the dairy. 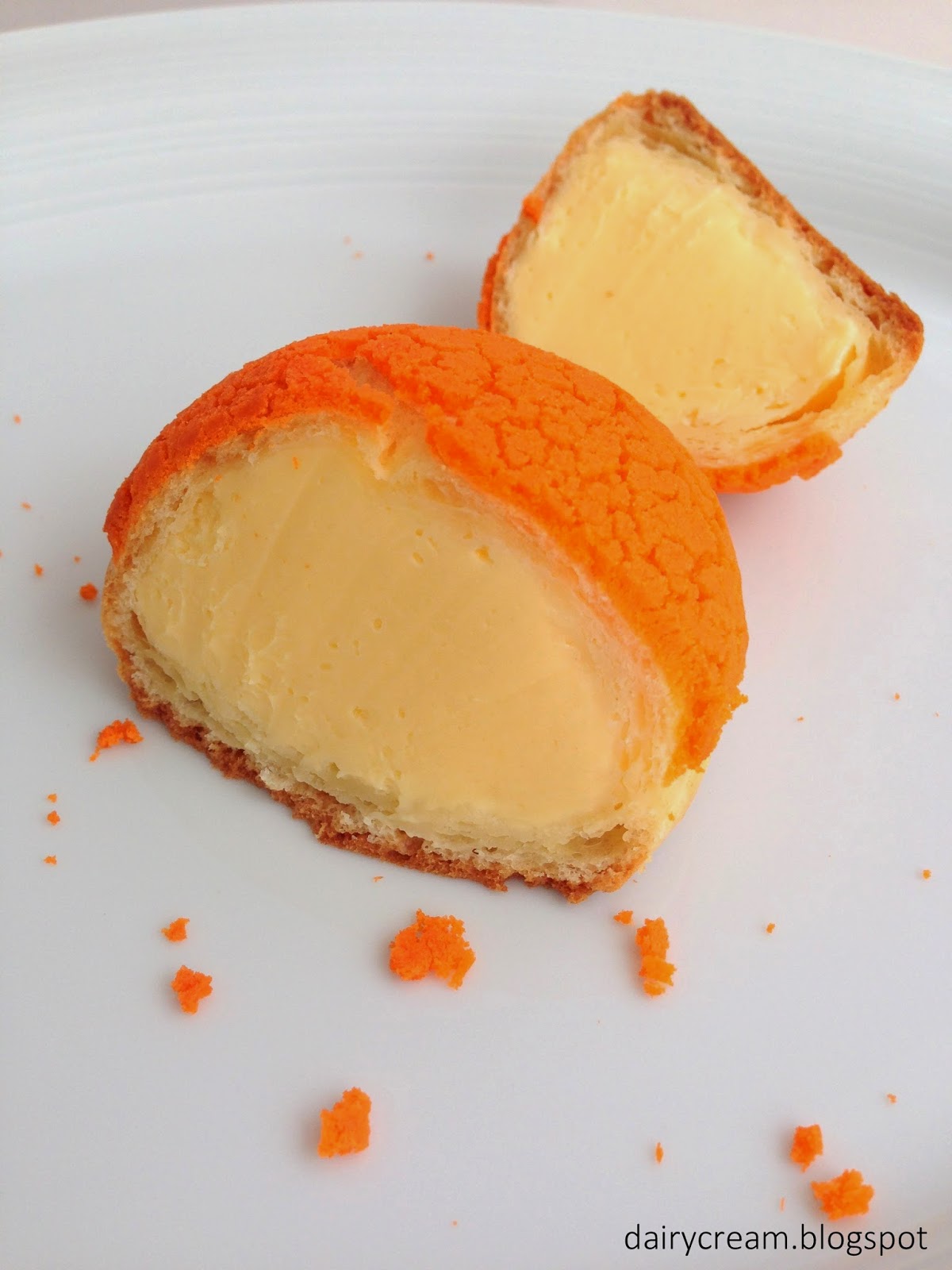 With the upcoming Chinese New Year, Chef Frederic has also created the Mandarin Choux Cream Puff that is bursting with smooth citrusy cream. Quiches and cakes, these will be the next on my list. 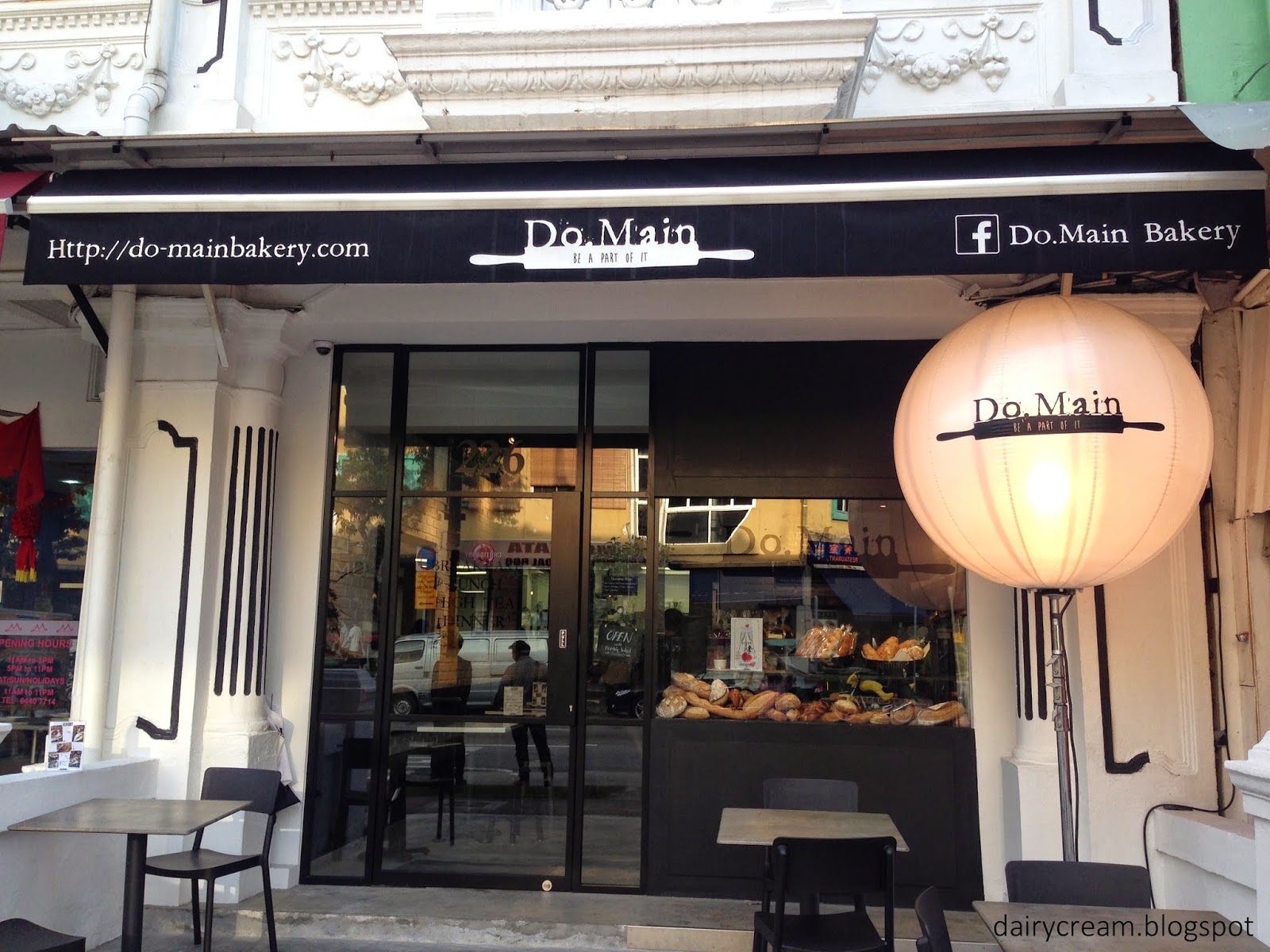