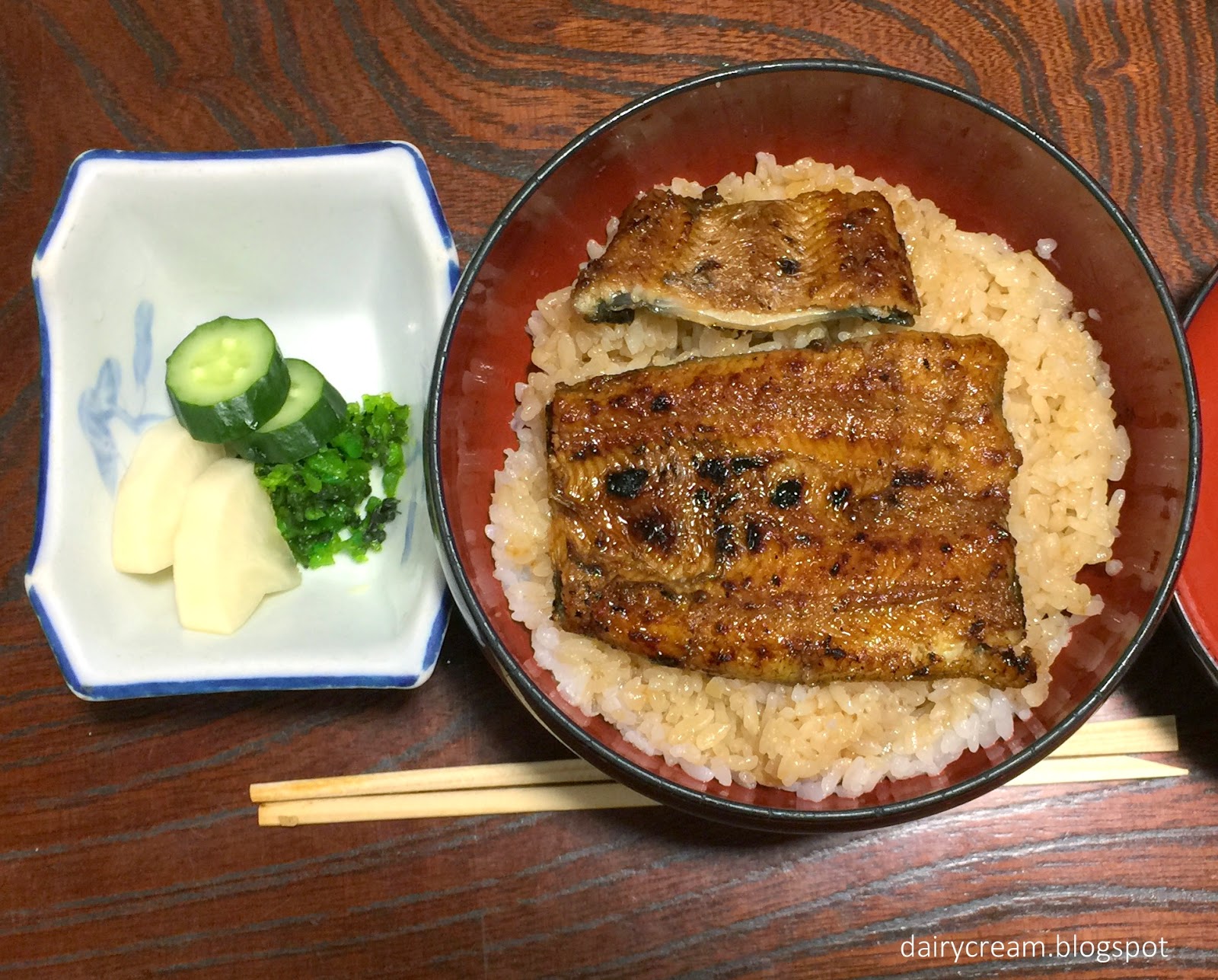 Perhaps being steeped in tradition, the folks here quite liberal with the rules so they allow people to smoke.

Not sure if it sounds like a good deal to you but this more than a century old unagi-ya permits indoor smoking. This implies that a meal here might be ruined when a bunch of salarymen popped in and start to smoke before, during and after meal. 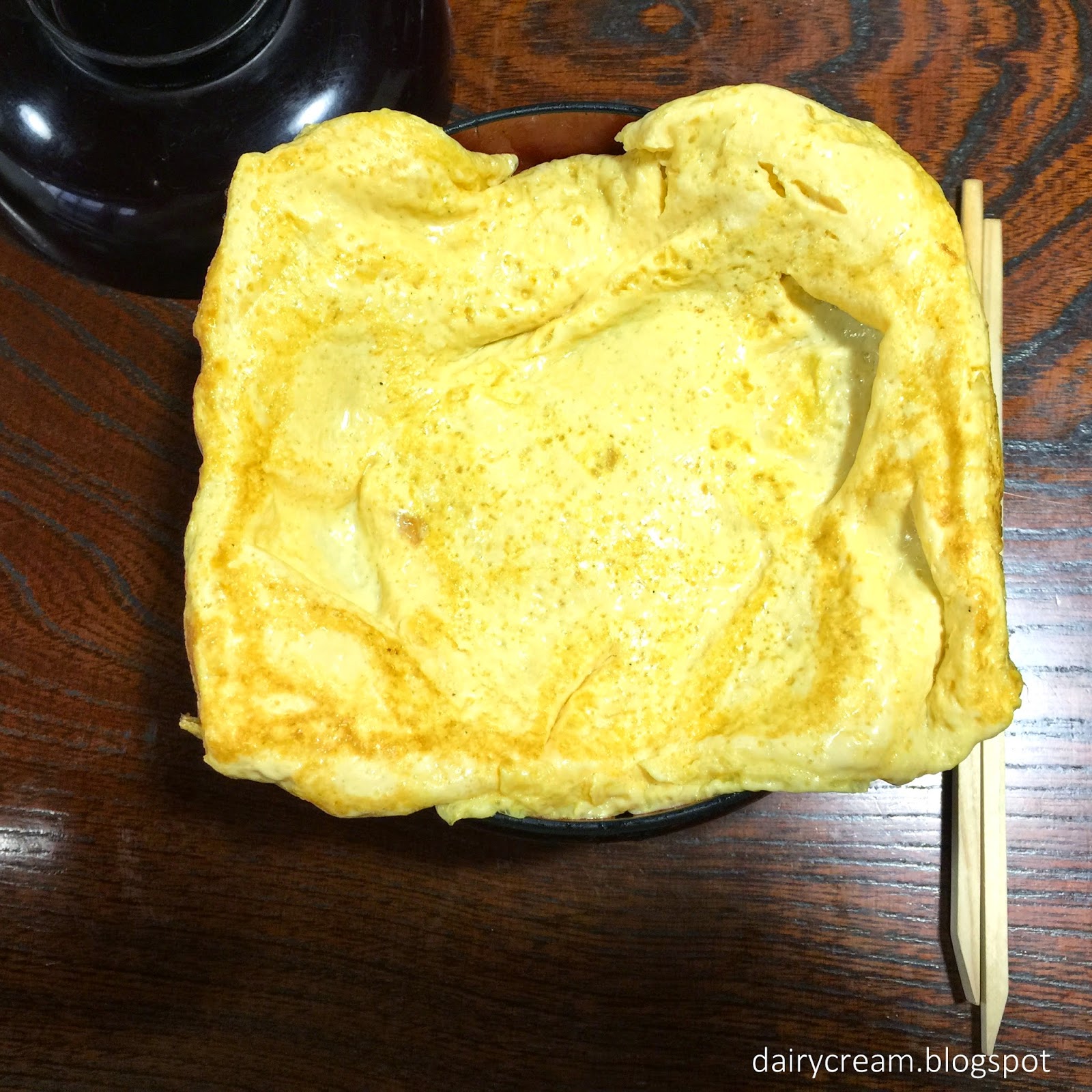 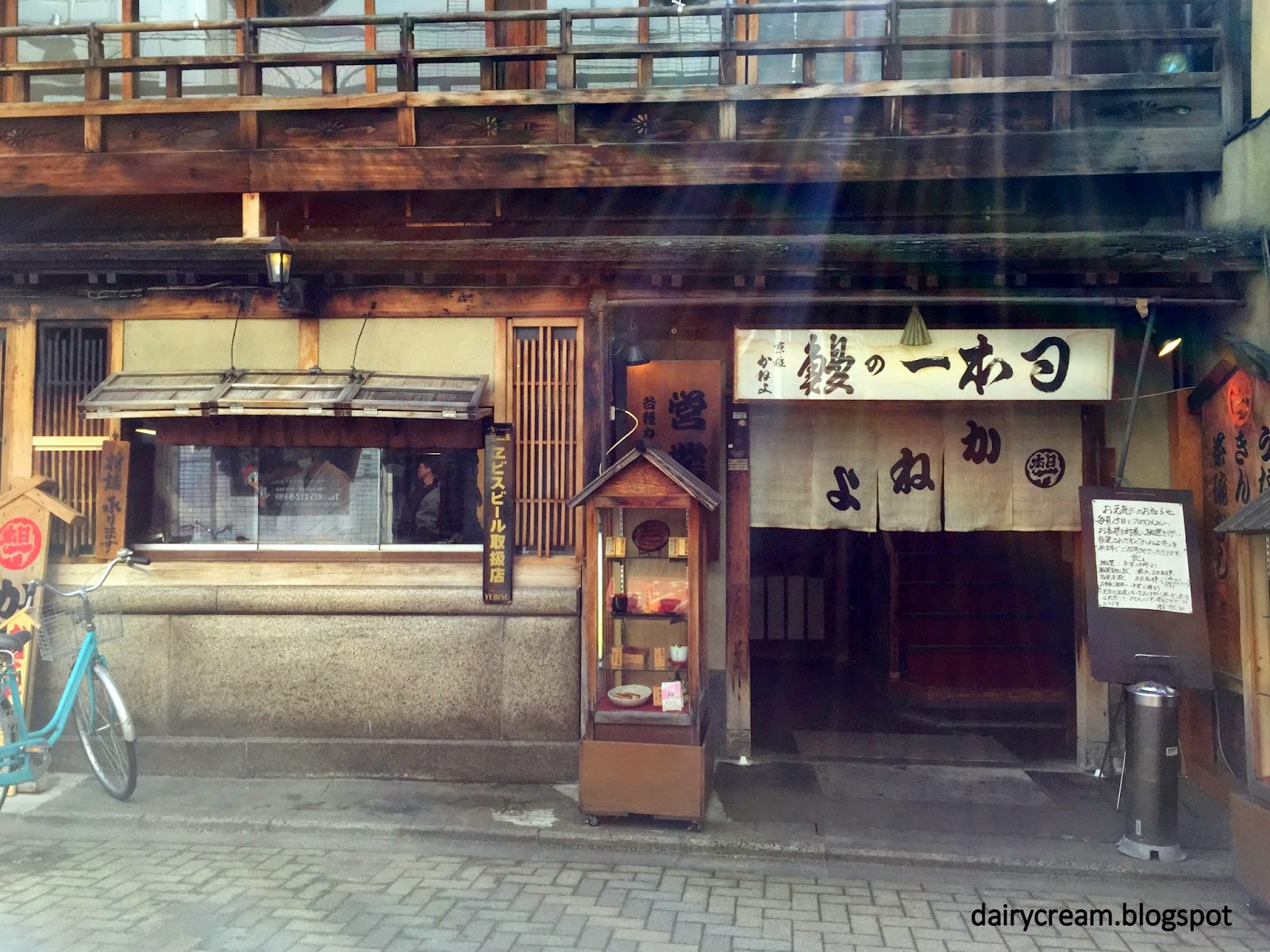 Opened since Taisho period, this Unagi-Ya is said to be one of the most famous or perhaps respected shop in Kyoto. Since day 1 of the operation, they have been consistently grilling the eel over long charcoal and this process can still be observed through the kitchen window at level one. But I have reservations whether the unagi the food tasted better with longer history as the homemade tare (sauce) of the unagi here was slightly too diluted and the portions of the eel were meagre. This is relatively compared to Nodaiwa in Tokyo. 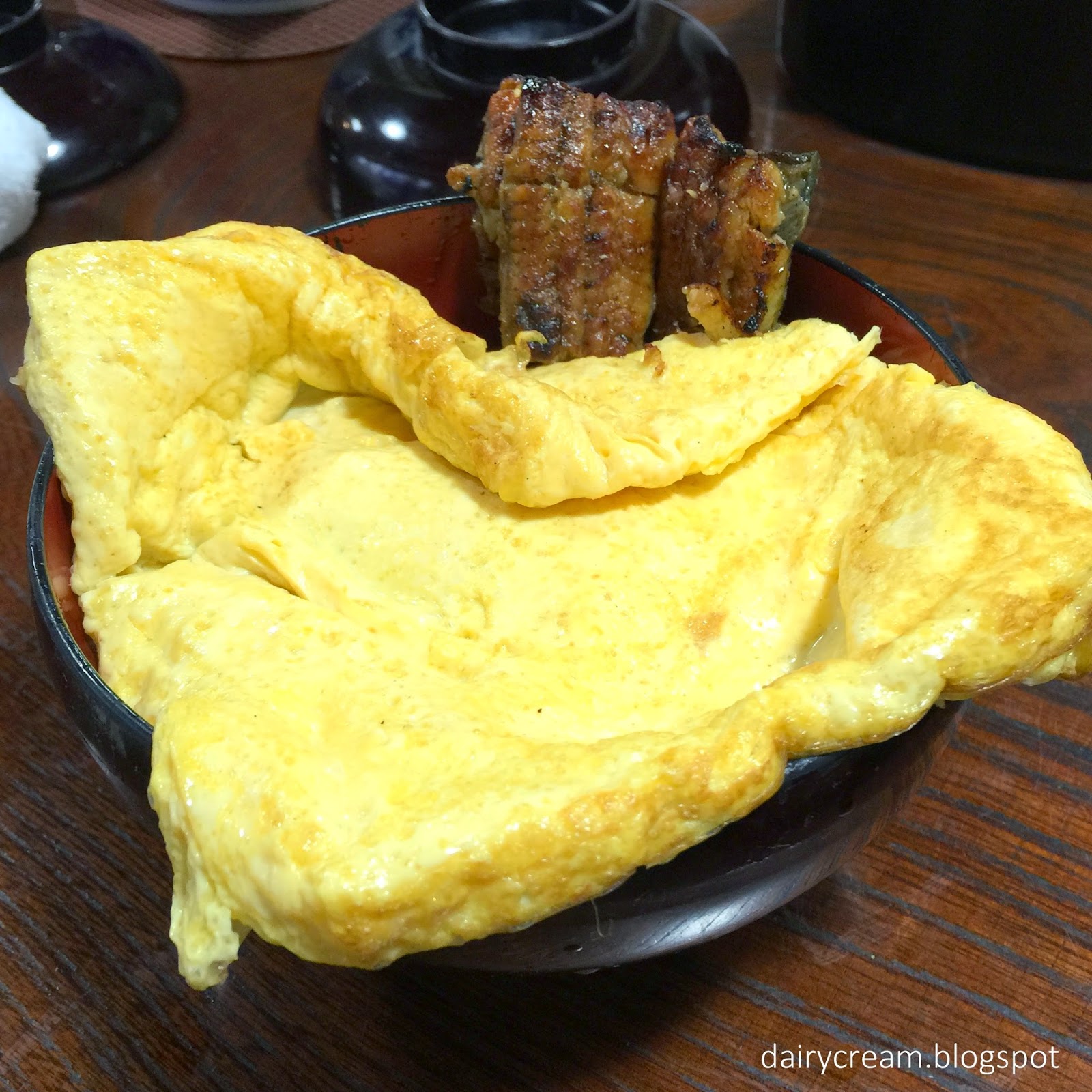 The most famous item here is the Kinshidon (¥2100), a standard unagi rice bowl huddling beneath a thick blanket of savoury dashi omelette. But in all honesty, the taste was underwhelming and I would rather invest in Anago Donburi from Kaisuian Tokyo. 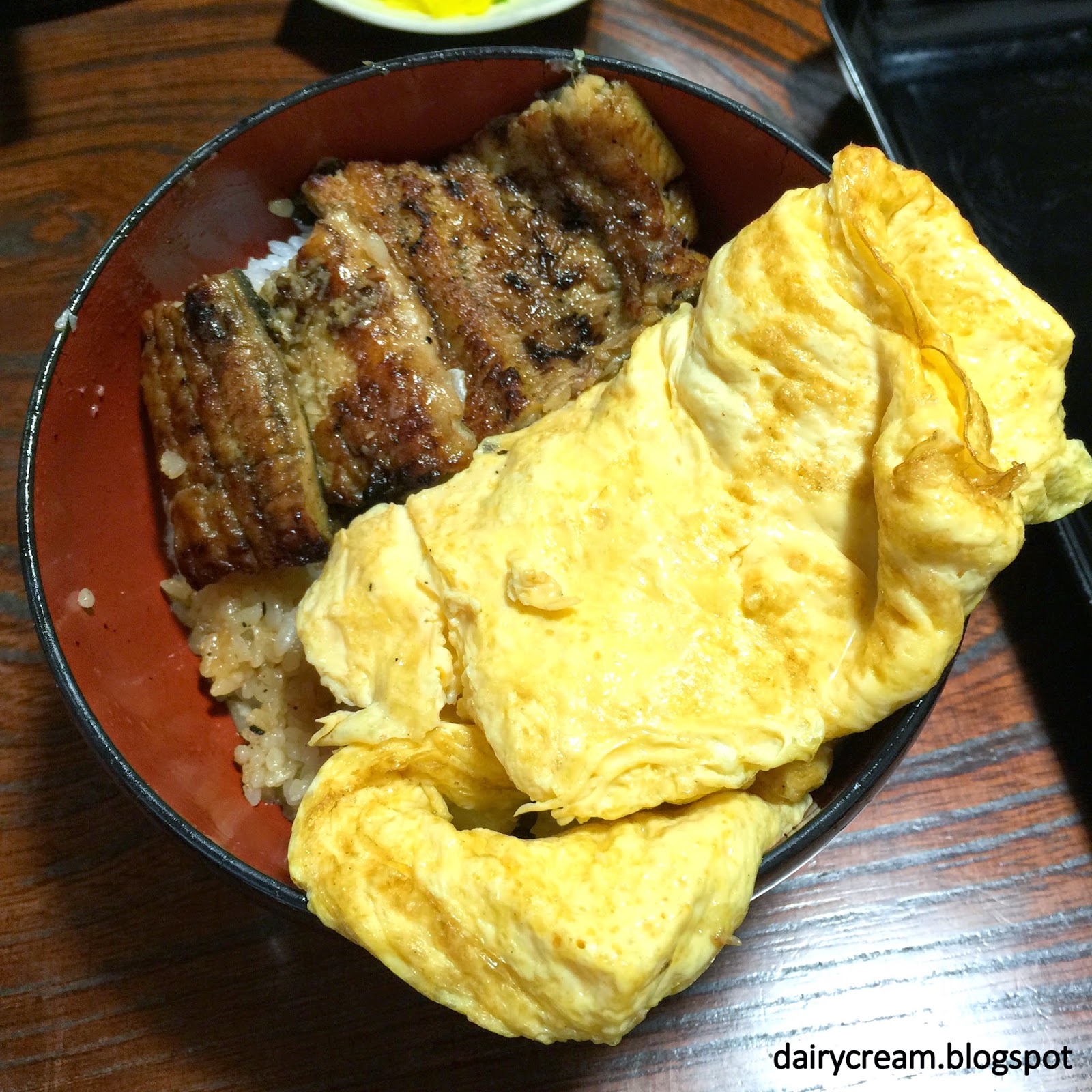 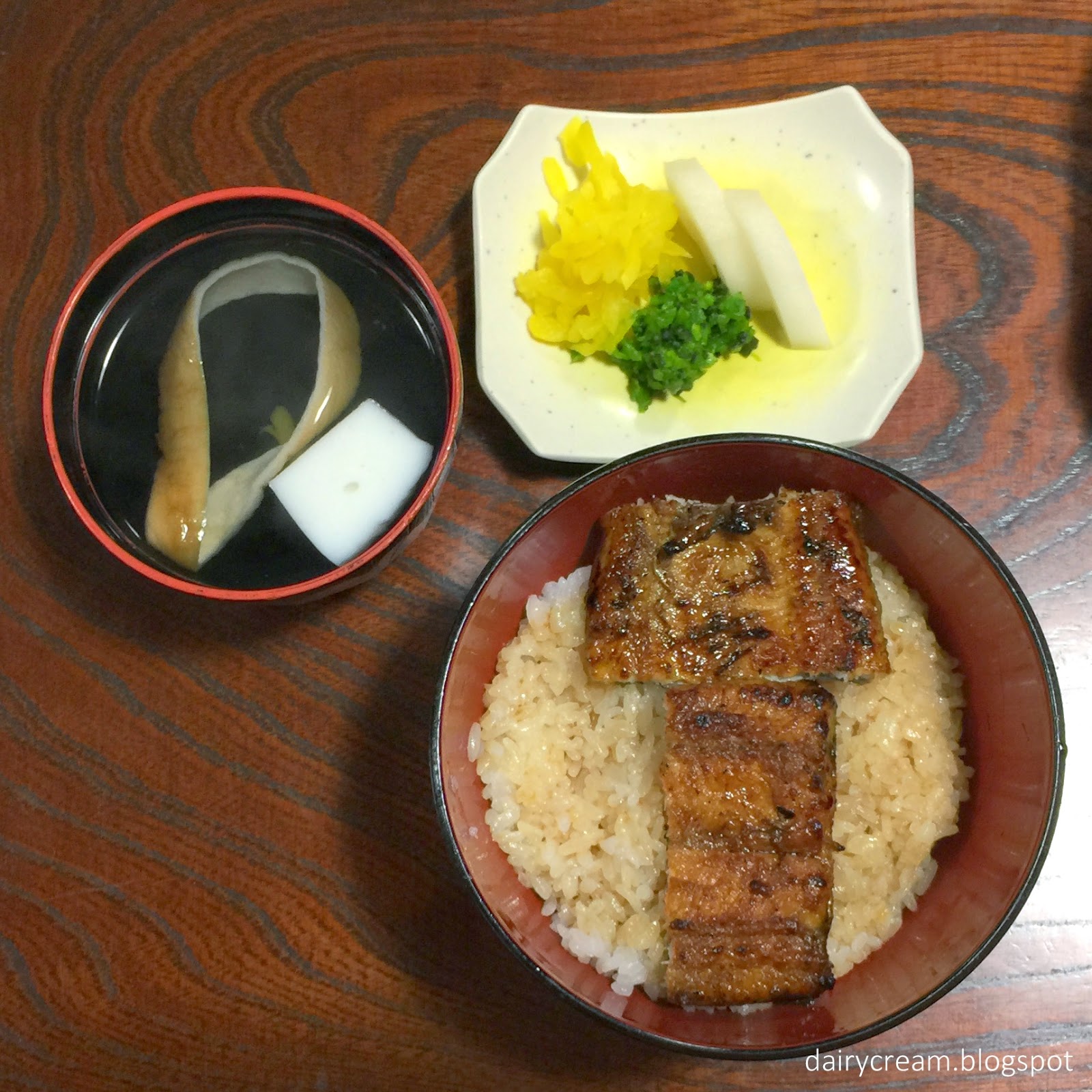 The Kaneyo set (pic above) is a special lunch time deal that is priced at ¥1200, only until 2pm. The price sounded very attractive but the portion of unagi was also reduced significantly. Hence, the usual Unagi Don (¥2100 see top pic) might be slightly more value for money. 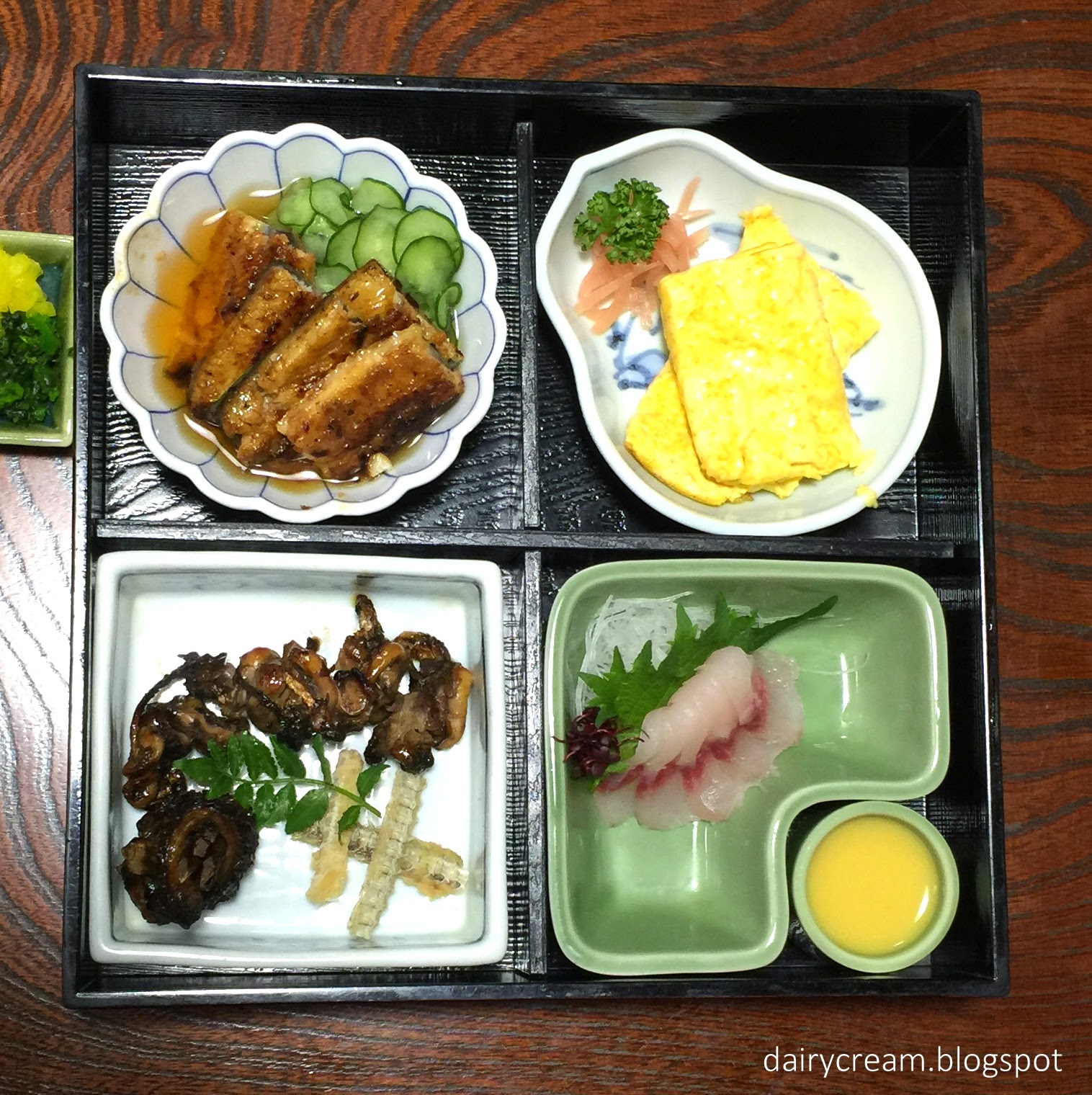 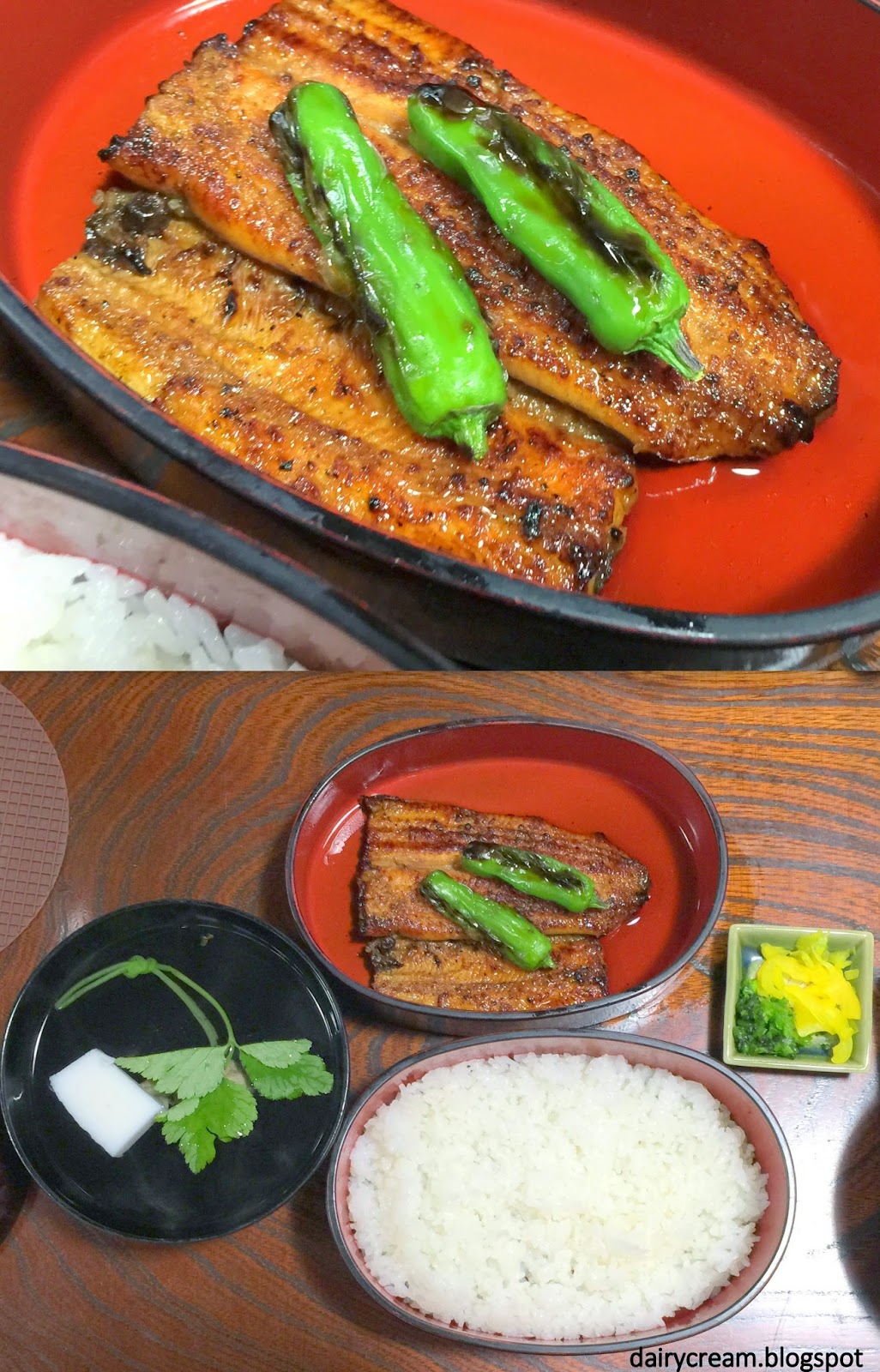 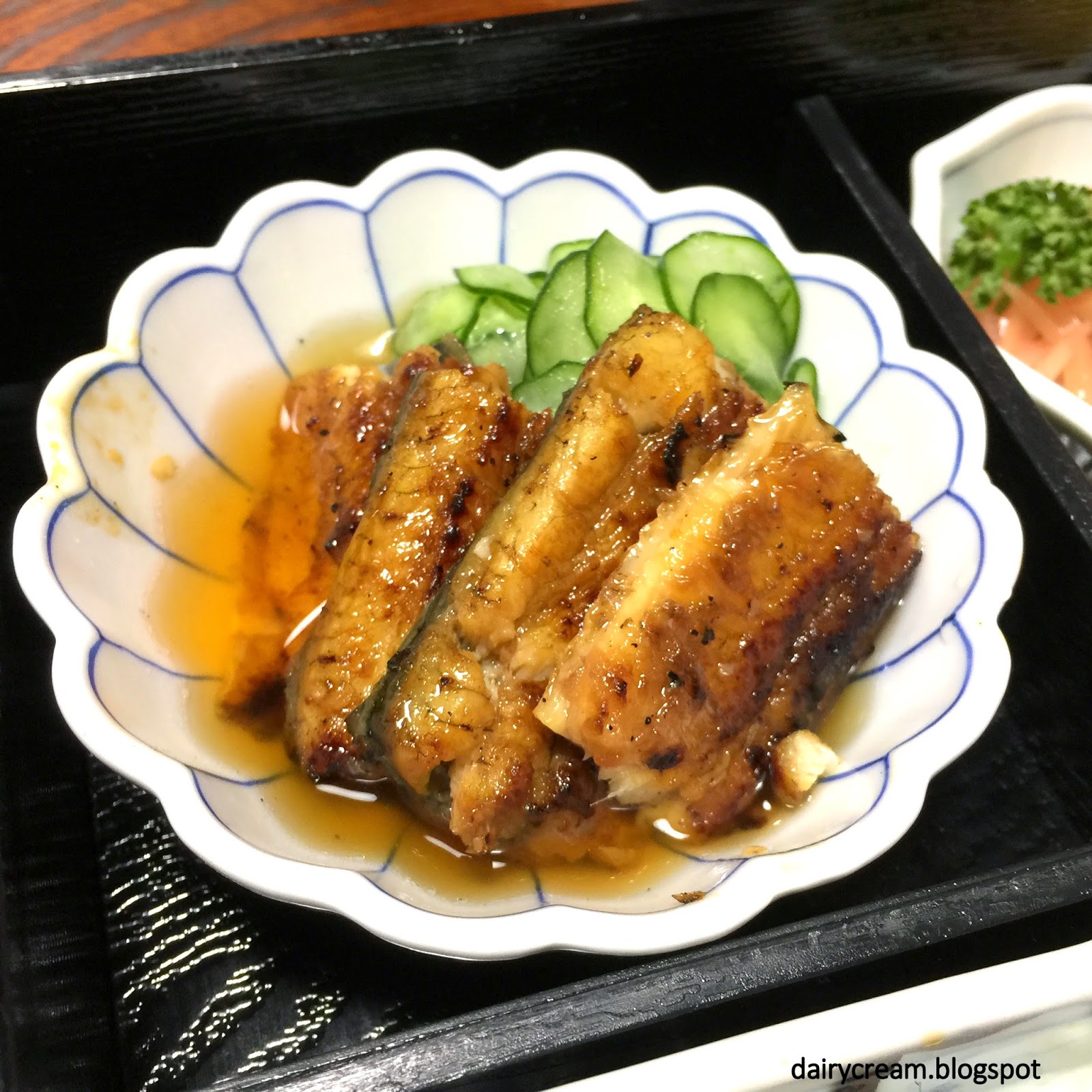 Marinated Unagi from the Hamamatsudo (4600 yen)
In fact, the more elaborated sets Hamamatsudo (¥4600) and Unagi teishoku (¥3400) offered the most generous quantity of unagi and came with a variety of other side dishes including grilled unagi liver, sashimi and omelette. 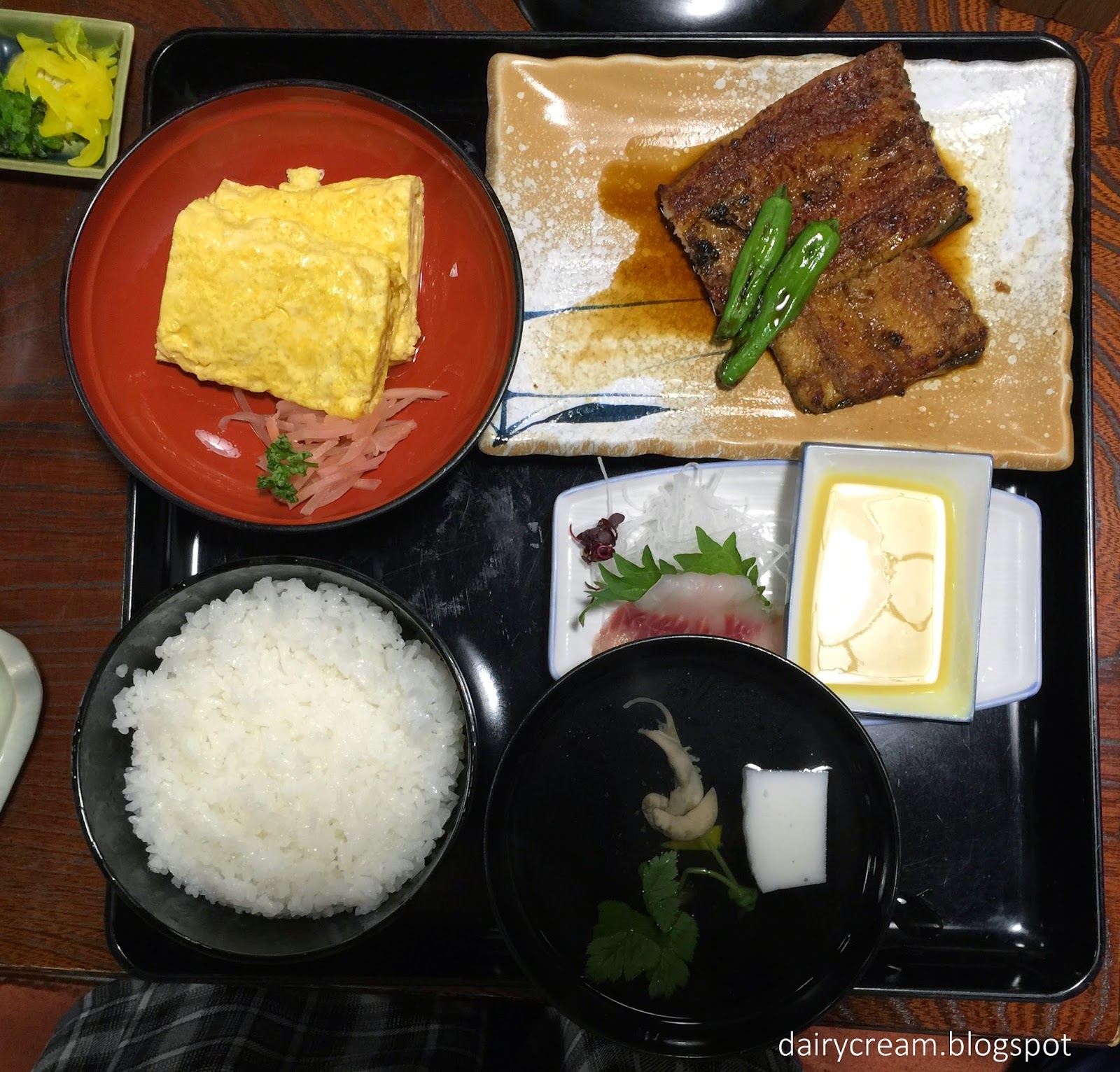 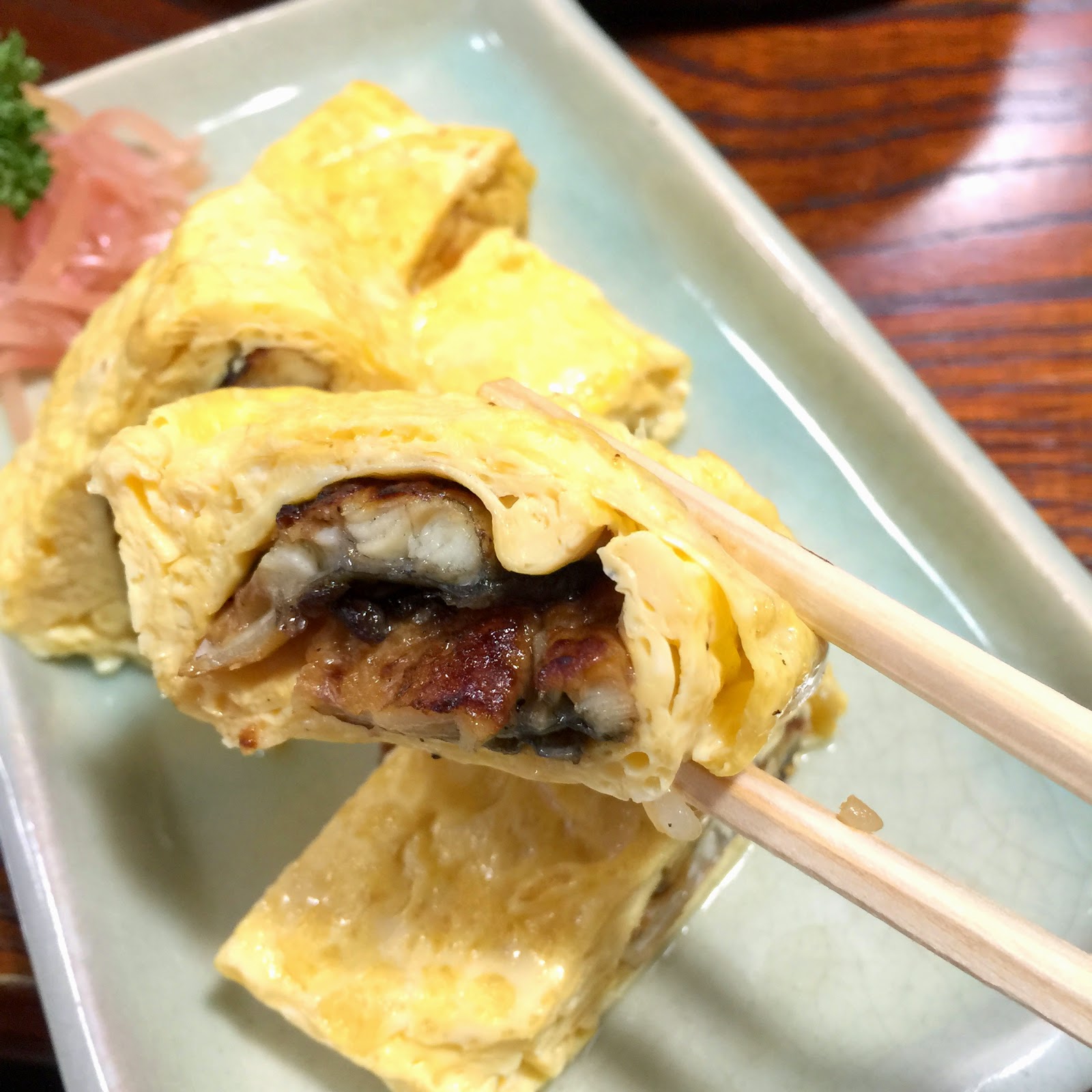 Skip this Umaki (¥900), unagi wrapped in omelette, because the eggs were too soggy and the flavour did not resonate well. Was it really so unpalatable? Actually, the food was still edible but maybe my senses got temporarily dysfunctional due to the tobacco.
All in went in my mind was to finish the meal and get out of this place. ﻿
京極かねよ Kyo-Goku Kaneyo
Kyoto-shi Nakagyo-ku Rokkaku-dori Shinkyogoku
Higashi-iru 456 Matsugaechō
京都府 京都市中京区 六角通新京極
東入松ヶ枝町456
Daily 11.30am-9pm (Lunch to 2pm)
Tel: 075-221-0669
Reservations for 5-40 pax.
http://www.kyogokukaneyo.co.jp/info/

Posted by dairycream at 2:16 PM