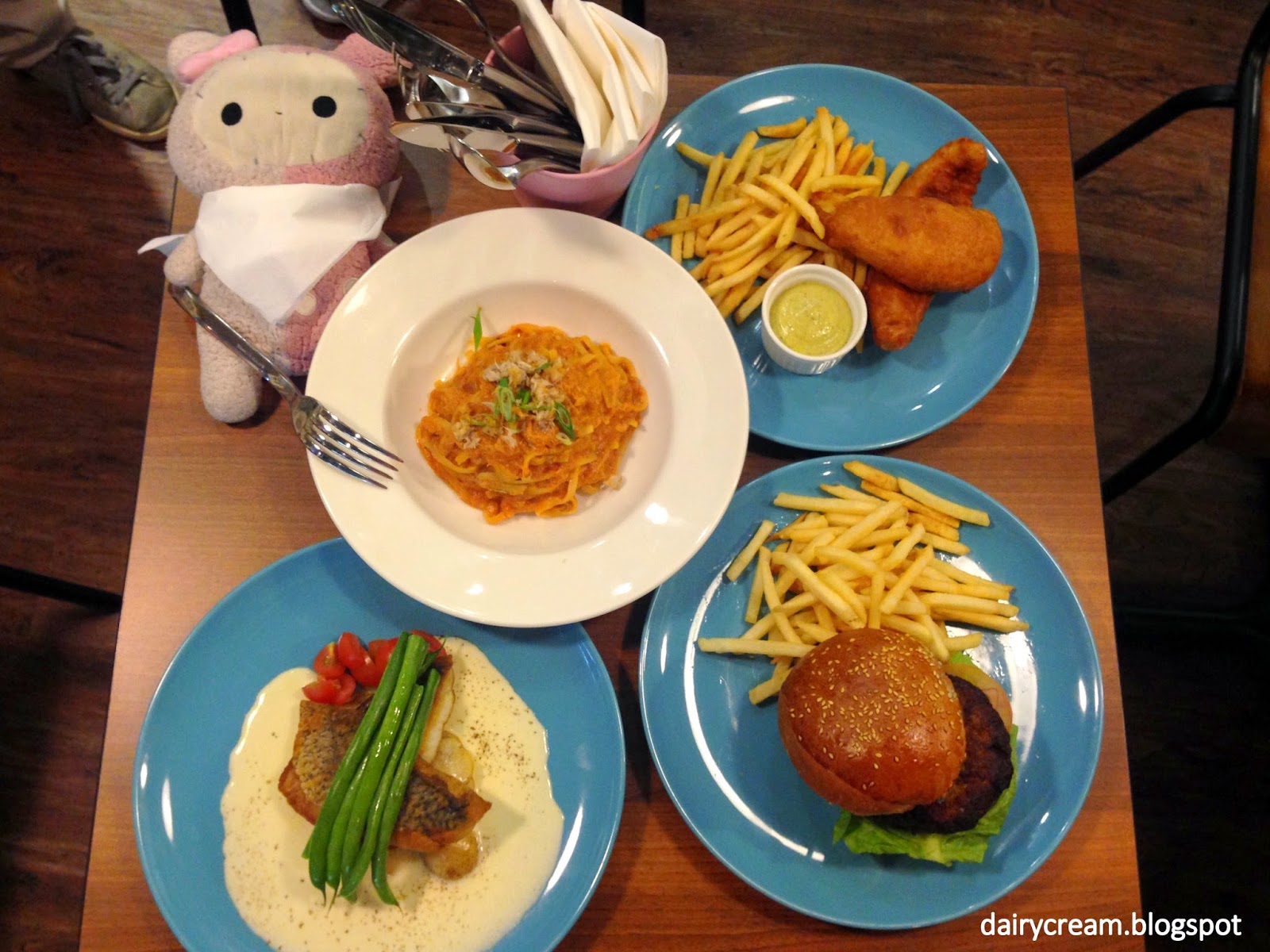 Opened by a young entrepreneur Deming who switched from his finance background to pursue his passion for food, the Quarters is a casual dining quarter that serves mod-Sin (modern Singapore) cuisine that are created from scratch. On the menu is a myriad of influences from various cuisines including Peranakan, Italian, American, Chinese, Japanese....very much a reflection of our Singapore society. 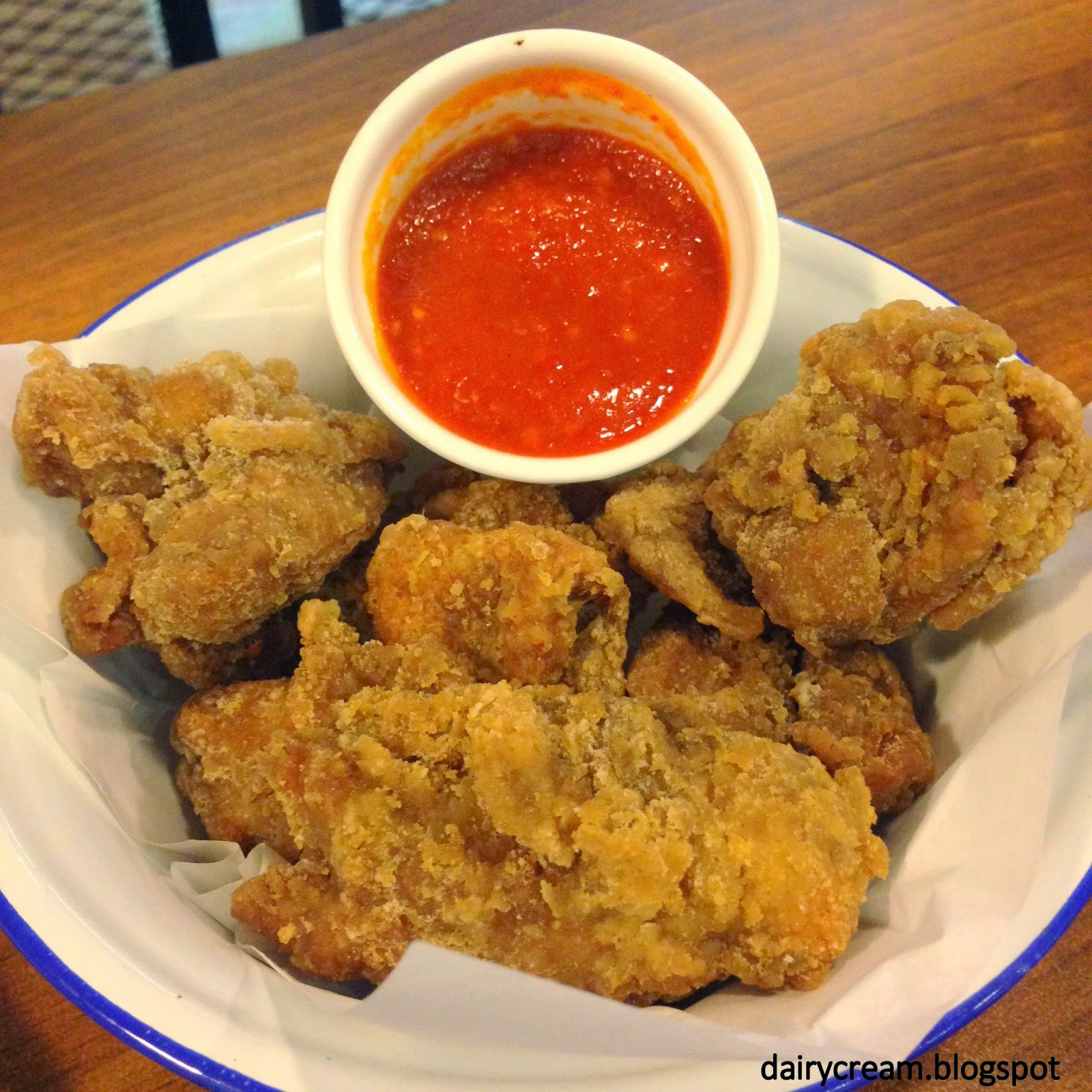 For instance, ALL the sauces here are created by Deming and they were the stars that helped to drive the munching of deep-fried bites. Fries were paired with Salted Egg Alioli in the Salted Egg Yolk Fries ($8.50) while the Har Cheong Kai ($8.50) went with the Power Belachan (above pic). Some may be expecting Salted Egg Yolk Dip similar to that of Liu Sha Bao but the dip is actually spiced mayonnaise made with salted eggs, which explained why they tasted so different from the typical salted egg yolk sauce. 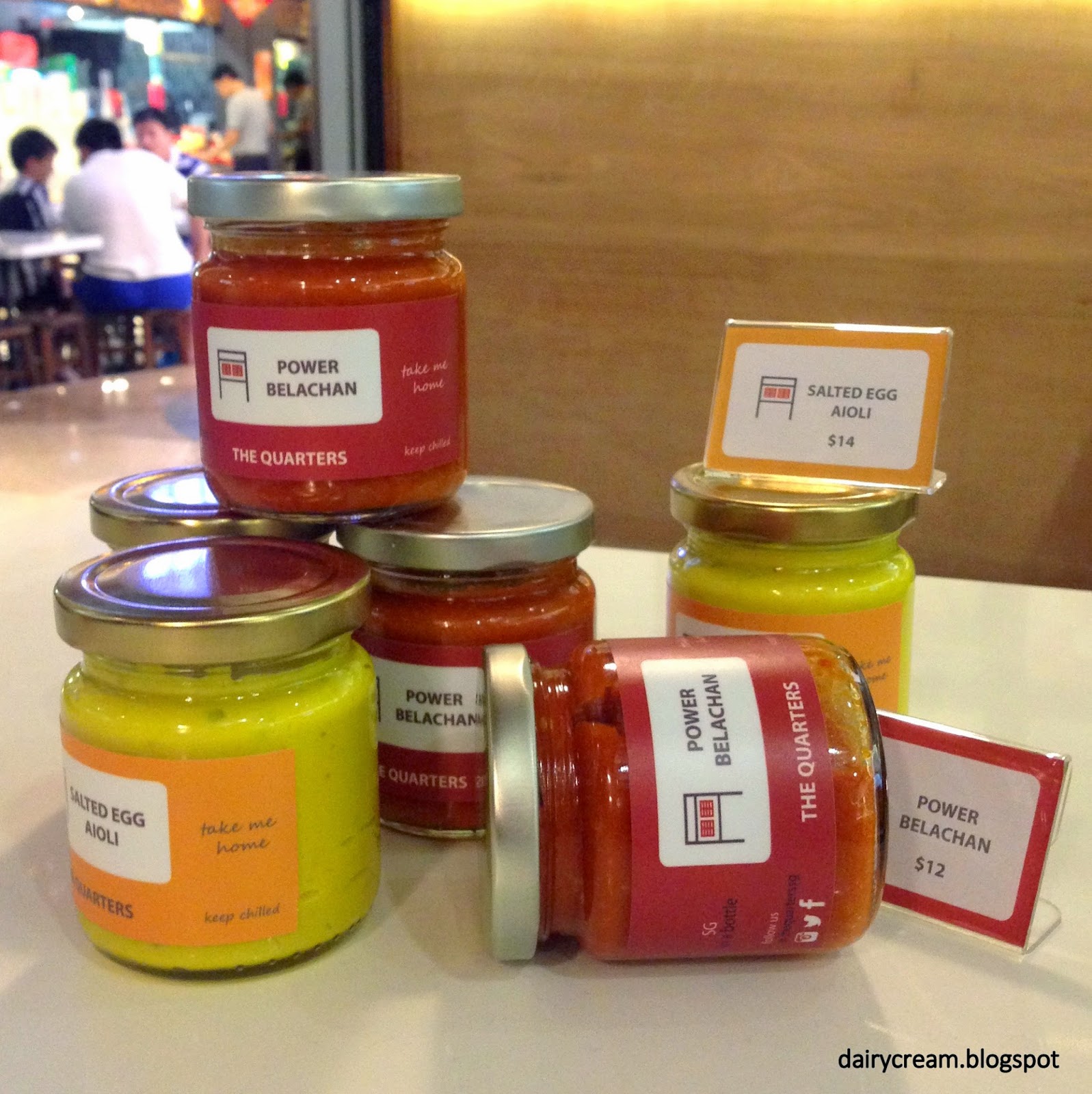 The homemade sauces have achieved such a success that they are now available in jars at the restaurant or online at  www.batch.sg I highly recommend you to try these sauces as they will definitely be your kitchen saver! 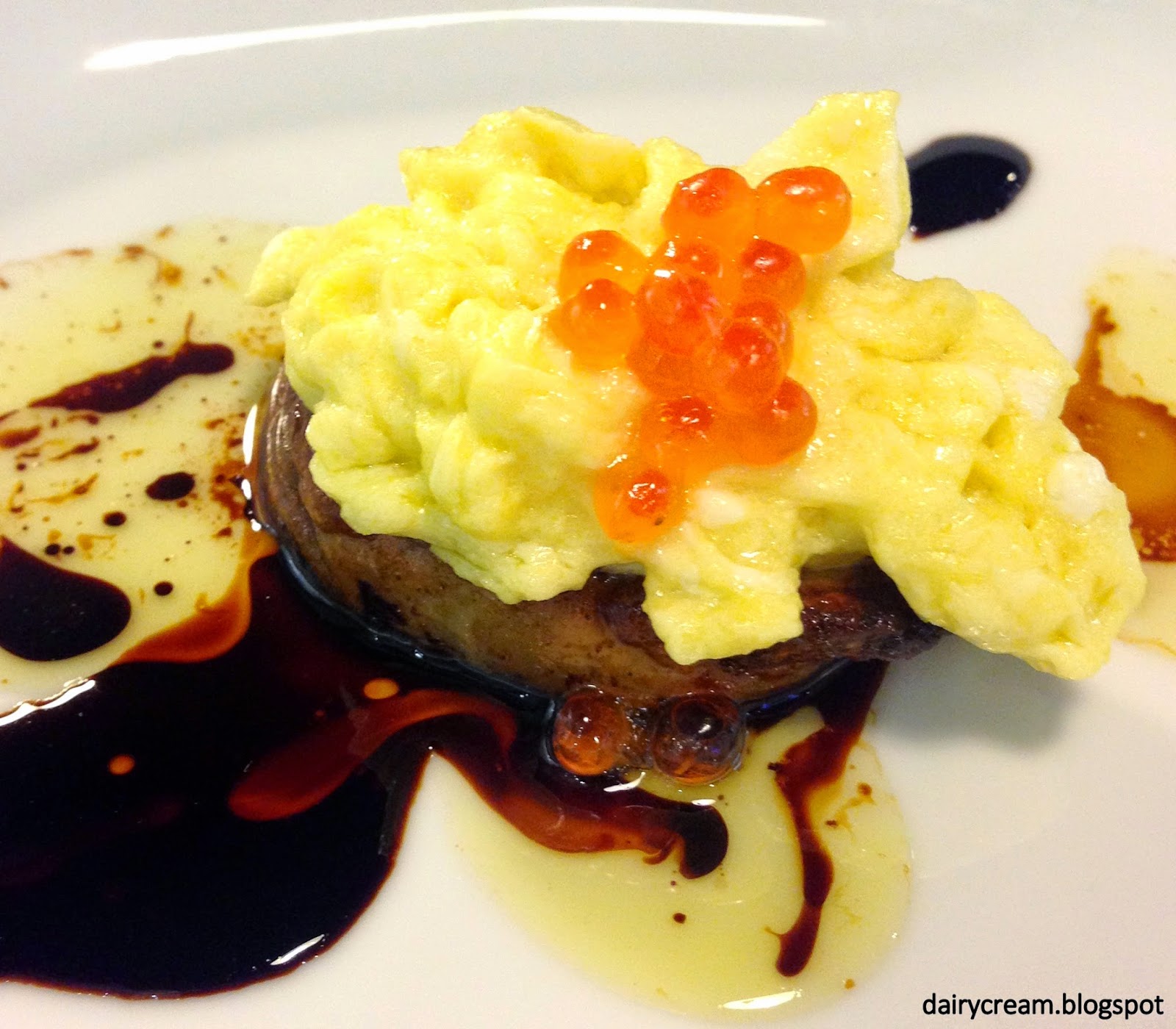 On the hindsight, the Calamari ($12.80) were too greasy for my liking while the Fwah! ($18.80), another unique interpretation of the Foie Gras with scrambled eggs, could spawn a craze if not for the overcooked liver and absence of sweet-tangy elements in the dish. 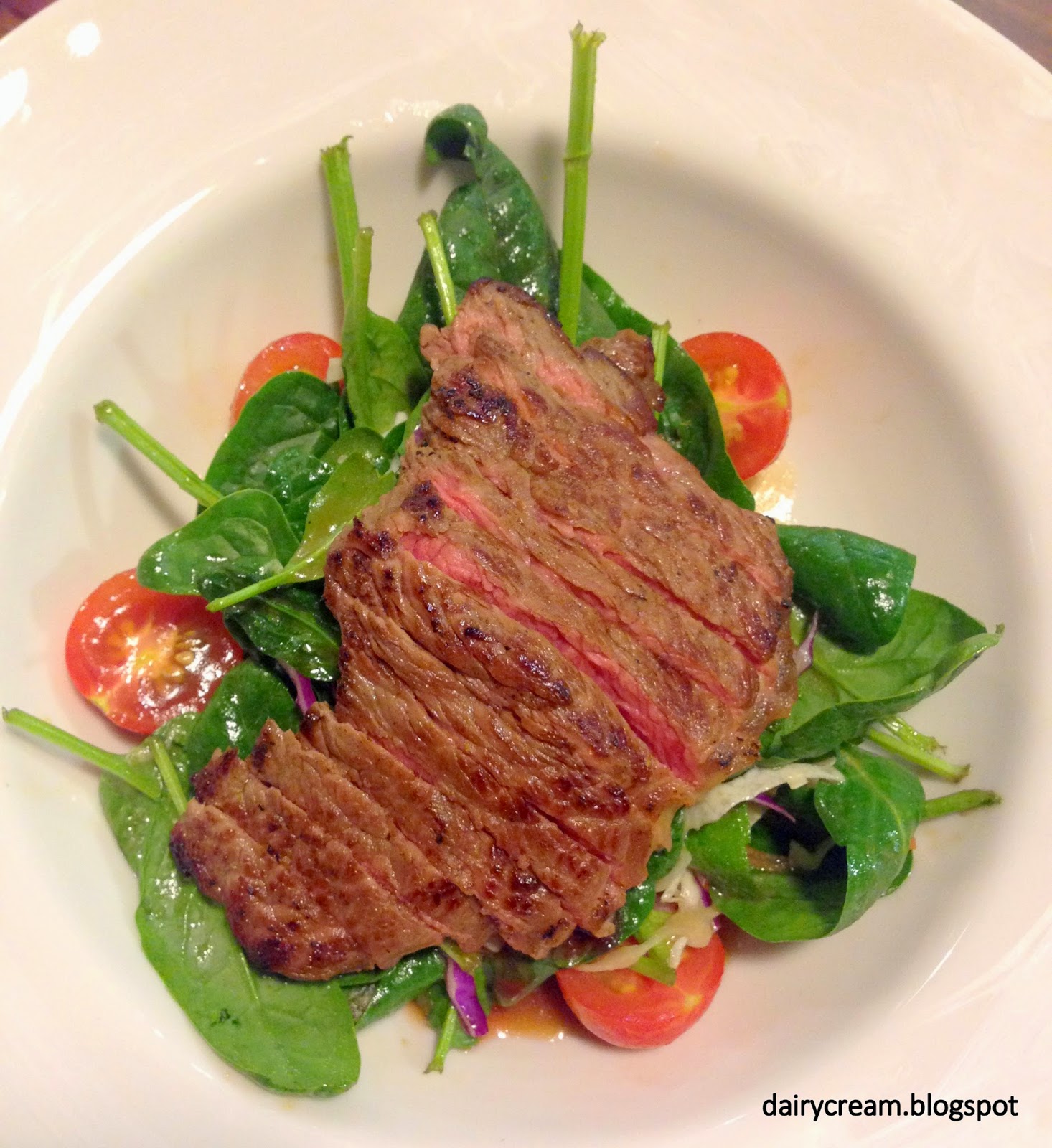 I prefer the Wafu Beef Salad with Soy Ginger dressing ($14.00) to the Samsui Chicken salad ($12.00) though the latter was refreshingly sweet and spicy. The beef could be softer but the clean flavor of the ginger lightened the meatiness and combined very well with the baby spinach. 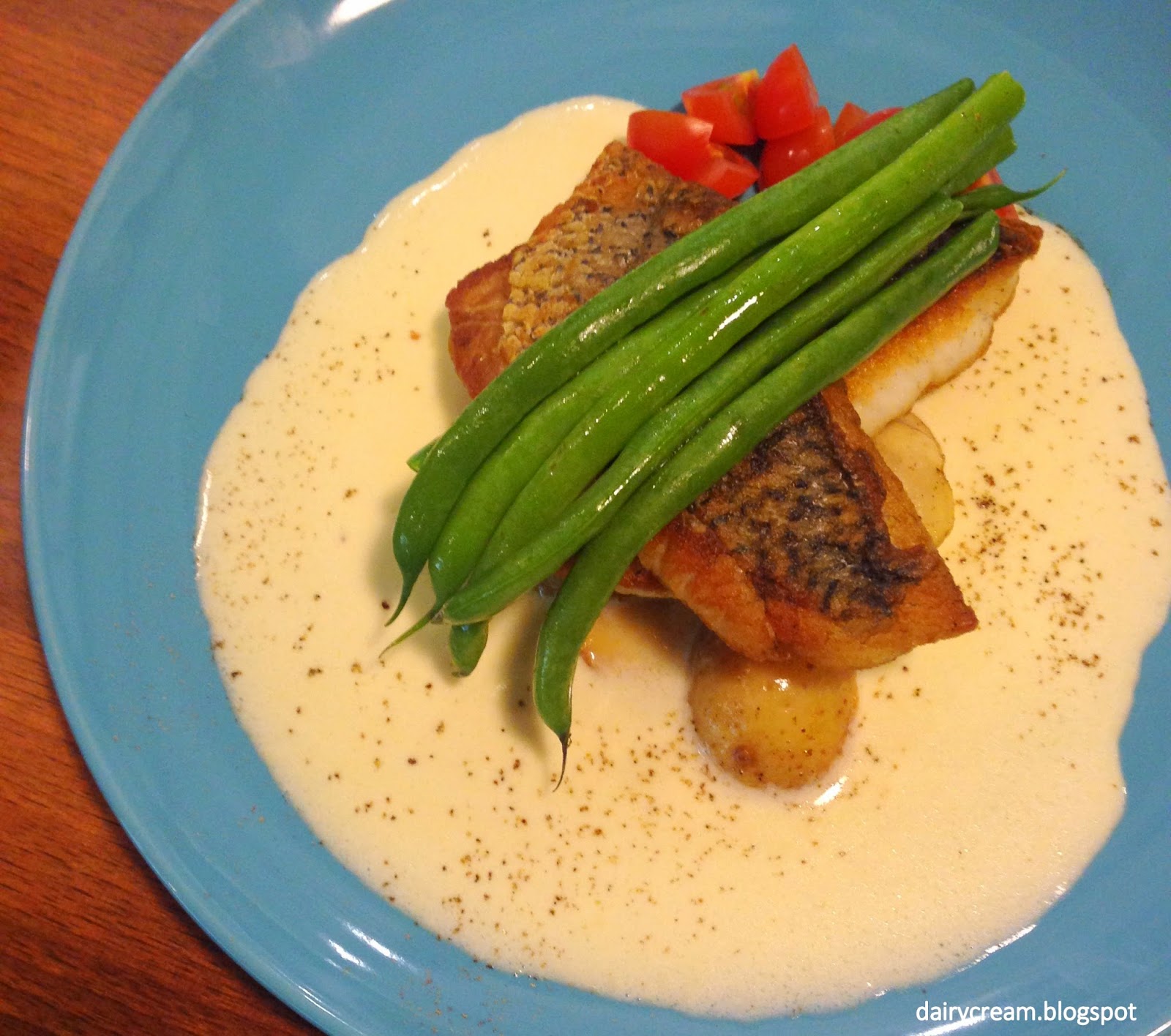 I thought the names of the Mains such as The Last Samurai, Raffles Gaga or Majie Indulgence were pretty creative but the cooking had its high and low points. The Great Escapade ($18.80 , above pic) is the most memorable mains that day; the pan-fried barramundi Lemongrass infused with ginger flower. 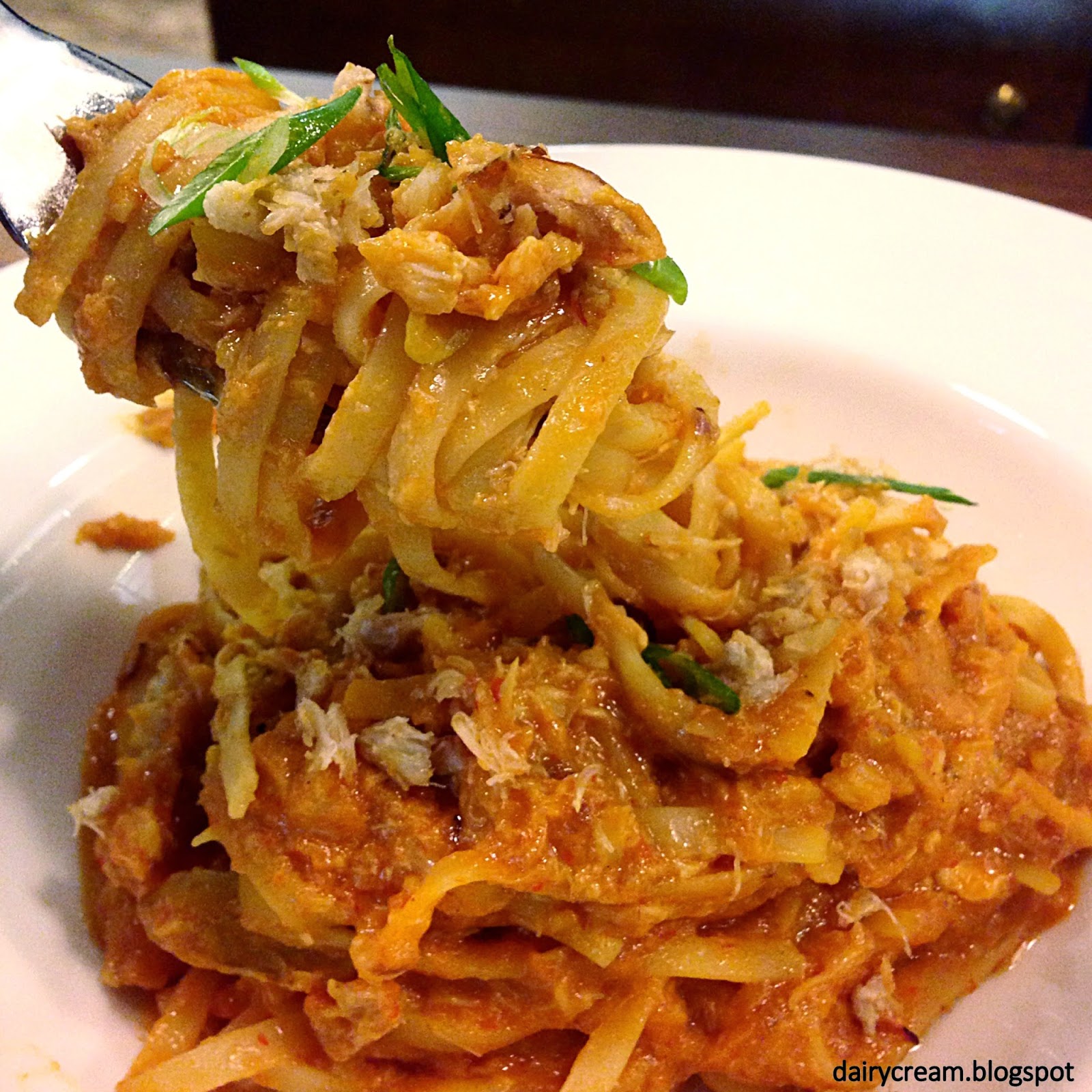 The Majie Indulgence ($18) would be another successful example of fusion dish if the base was less sweet. I preferred a more robust spice kick. Instead of the usual dory fillet, Leatherjacket fish was used for the Raffles Gaga ($16) but doughy fried batter and rubbery texture of the fish did not invite a standing ovation. But yes, the Curry Lime Tartar is so good it should also be sold in jars. 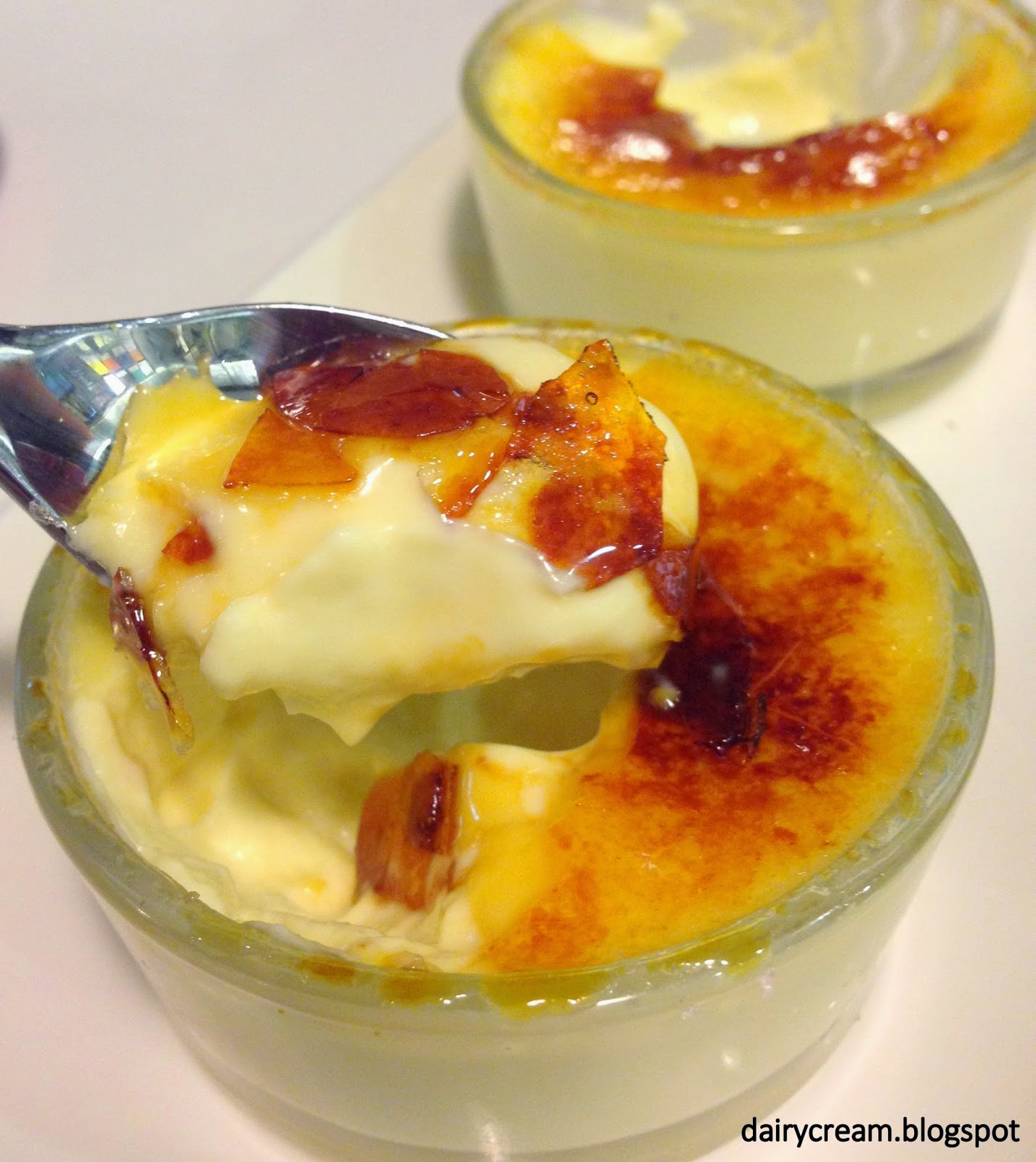 Of the desserts, the Duriancanboleh ($7) is a Must Try for durian lovers; smooth pungent and creamy, the custard is not too sweet either. This dish first came about NOT because the owner Deming was seeking an Asian-inspired dessert, but because he could not find any decent Creme brulee and decided to create his own. Now this successful experimentation has become such a hit that they are sold in takeaway boxes. 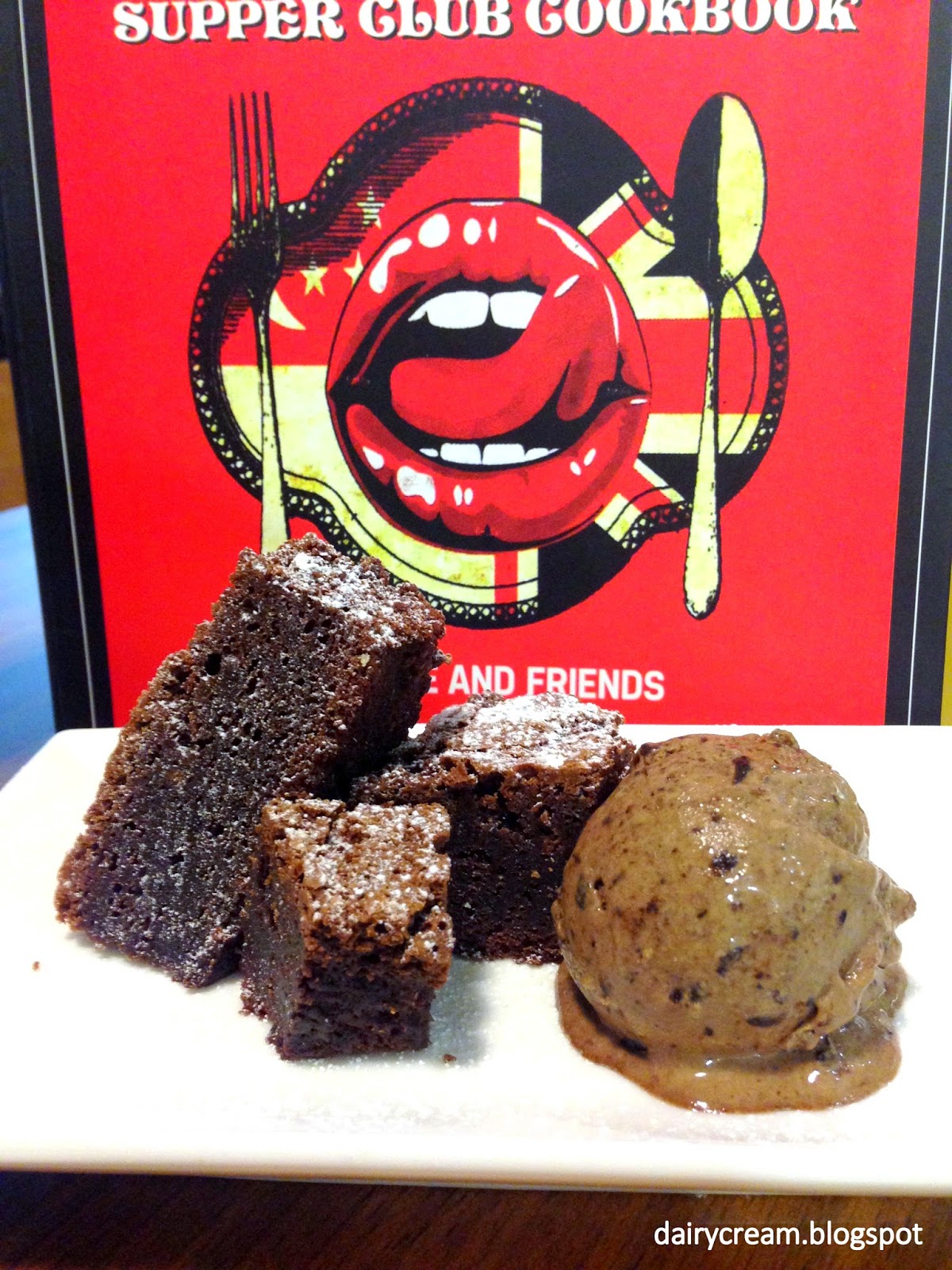 Other desserts such as Sweet Potato Cream Puffs or the Kueh Baulu did not resonate as much as the Chocolate Brownie with Buah Keluak Ice Cream, ($9.80, above pic) which might take some time getting used to. I was surprised that NO chocolate was used in the ice cream but yet it had such well-rounded, earthy cacao tones. 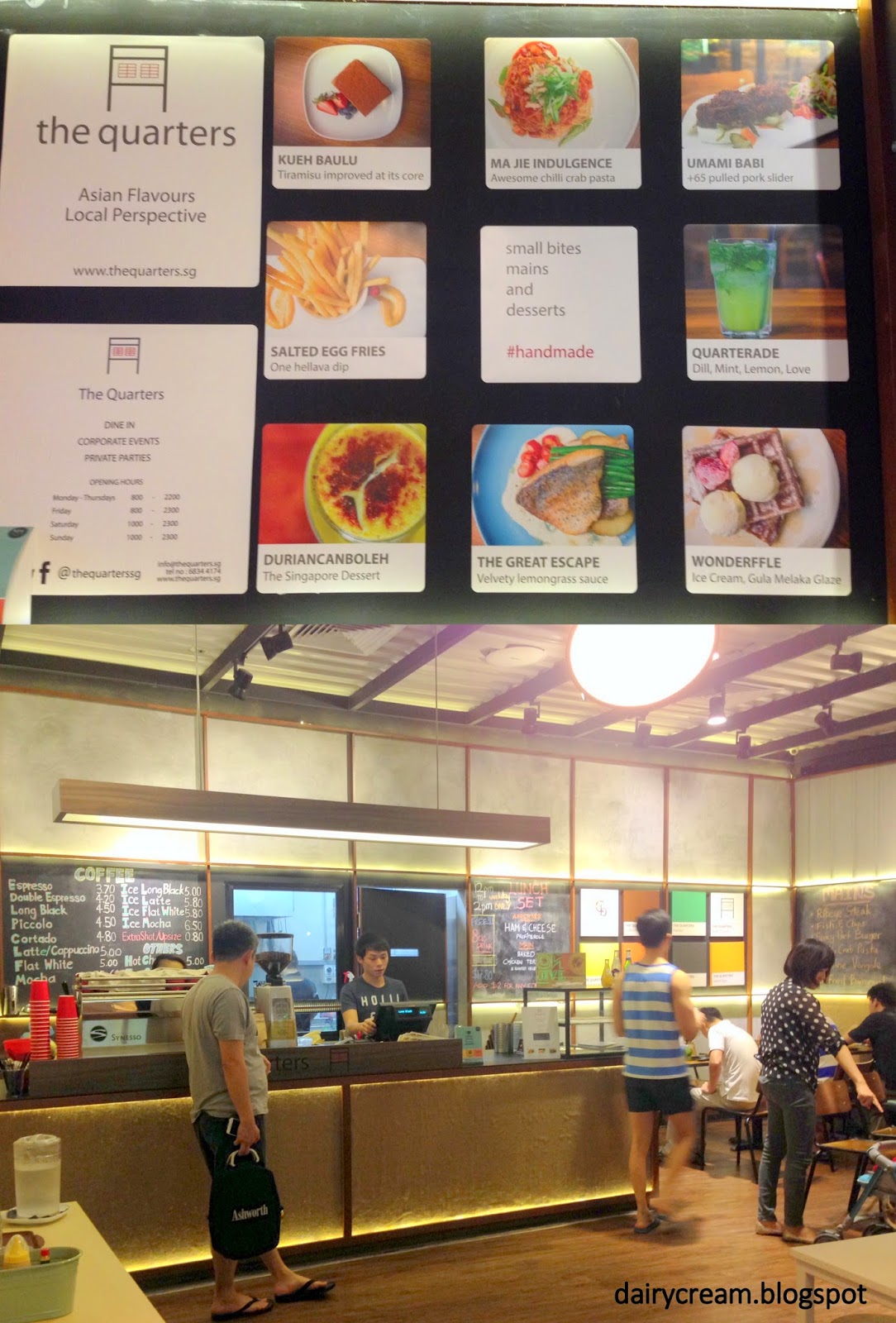 Lots of creative innovation is going on at the Quarters that has opened barely for less than 6 months since September 2014. The cooking might need to be more consistent but there is plenty of room to play with in the area of mod-Sin cuisine.