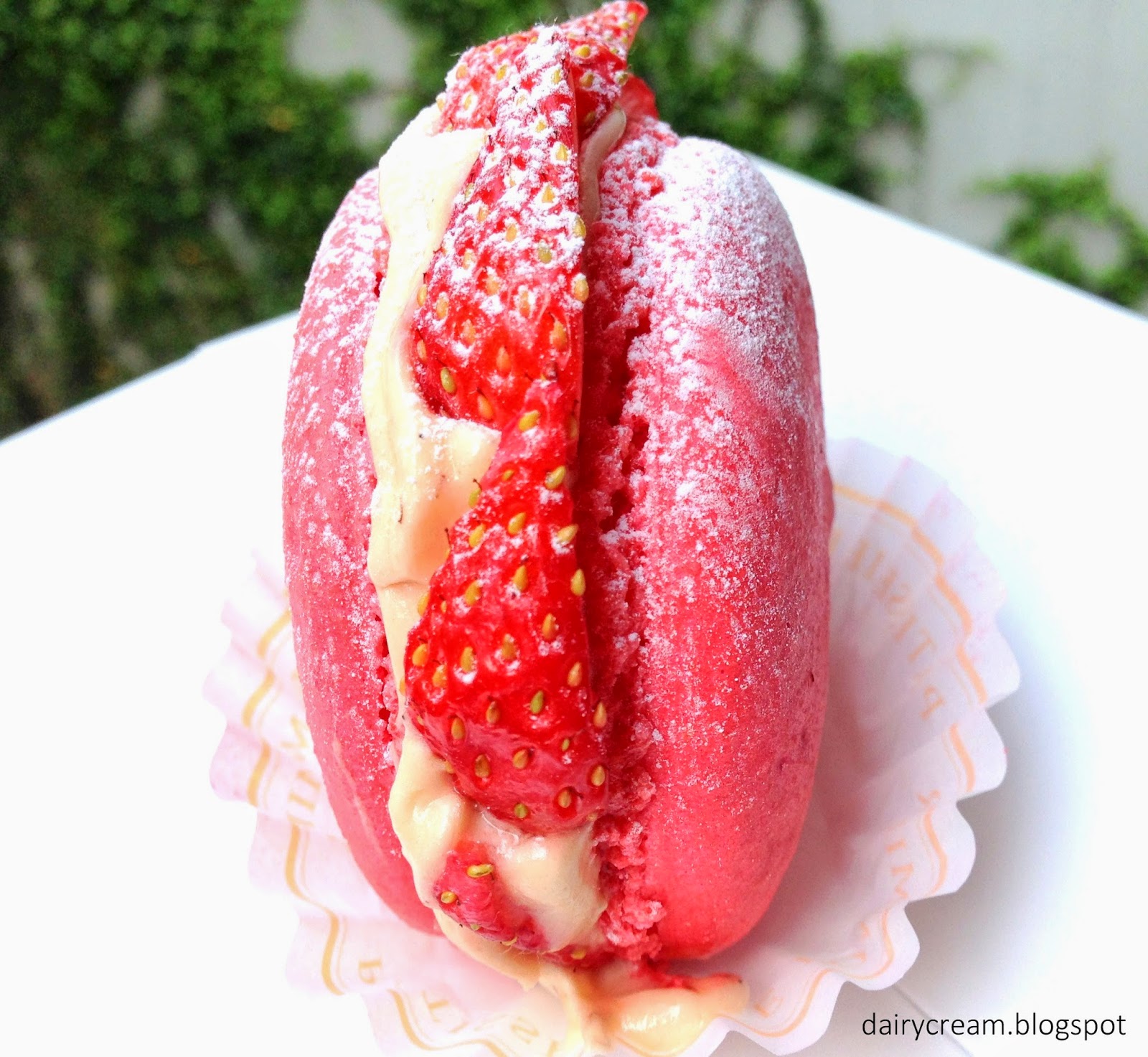 Not all neighborhood patisseries in Japan are opened by Japanese. Le Pommier is one example that is run by French Chef Federic Madelaine in a corner of the serene Kagurazaka streets. He is not just any other French guy who makes pastries. 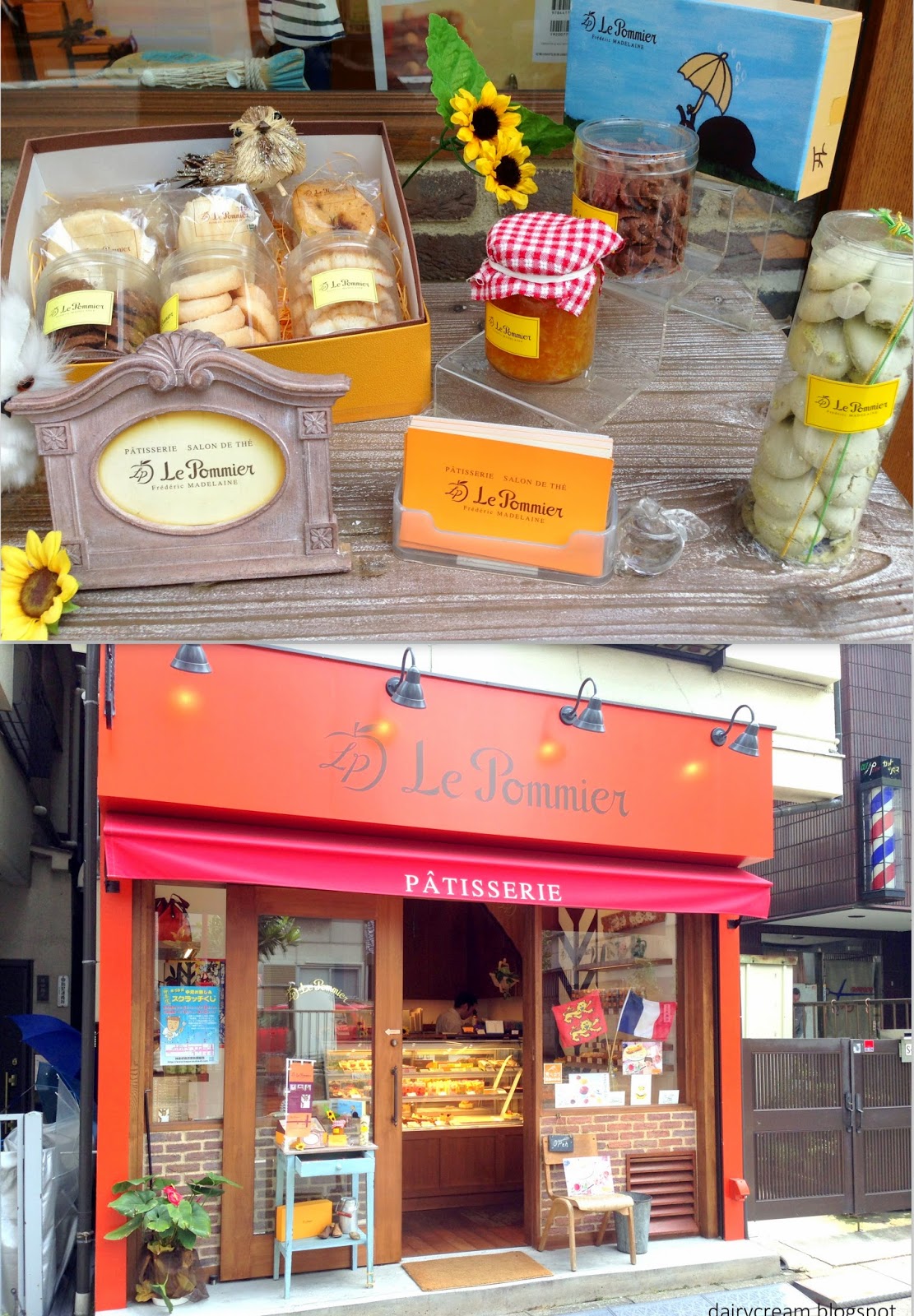 Chef Federic was awarded the honour of ‘Chevalier’, the French equivalent of a knighthood, for his contributions to France’s culinary profession. His techniques might be rooted firmly in France but concept-wise, his works are very Asian. 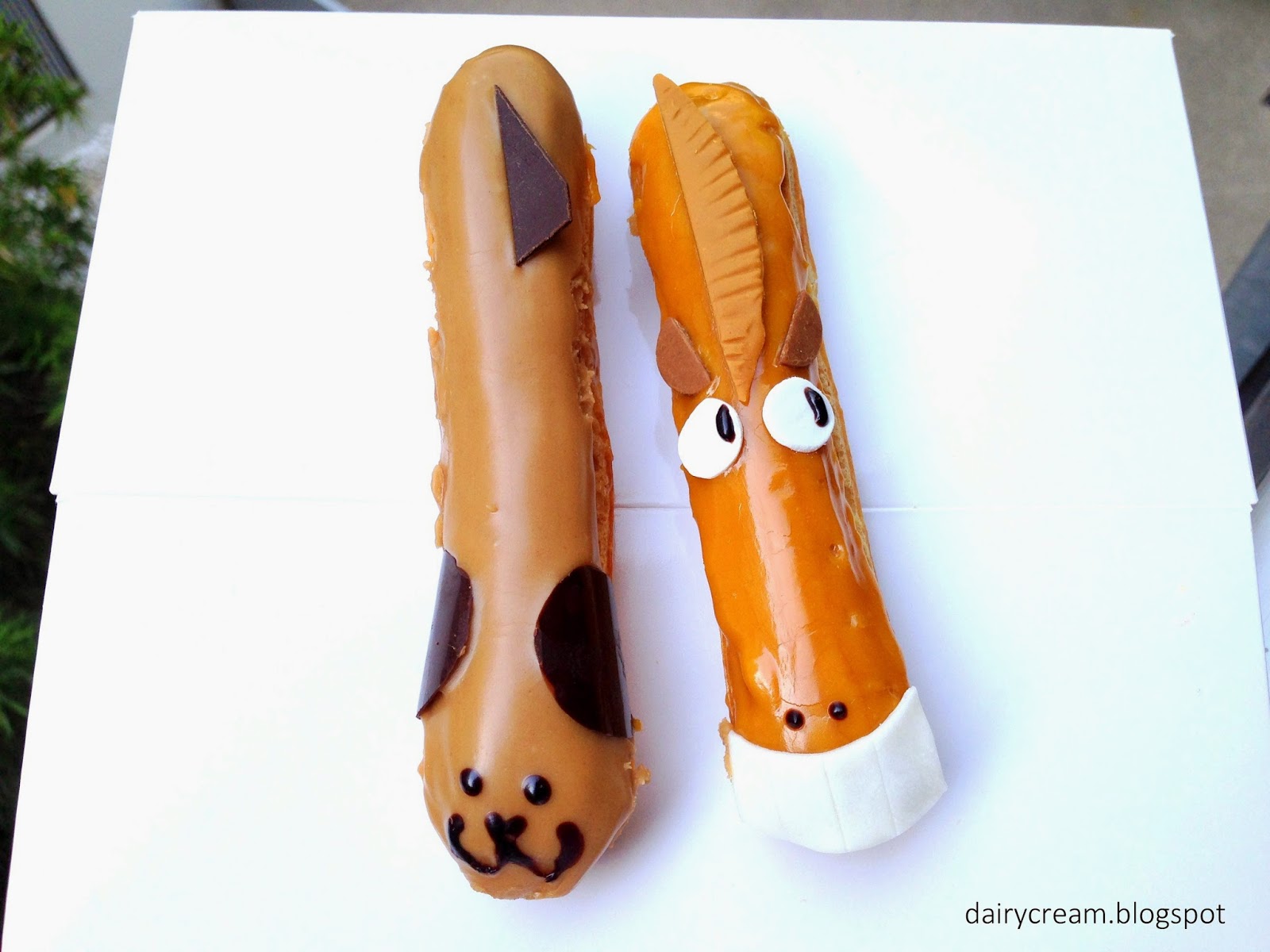 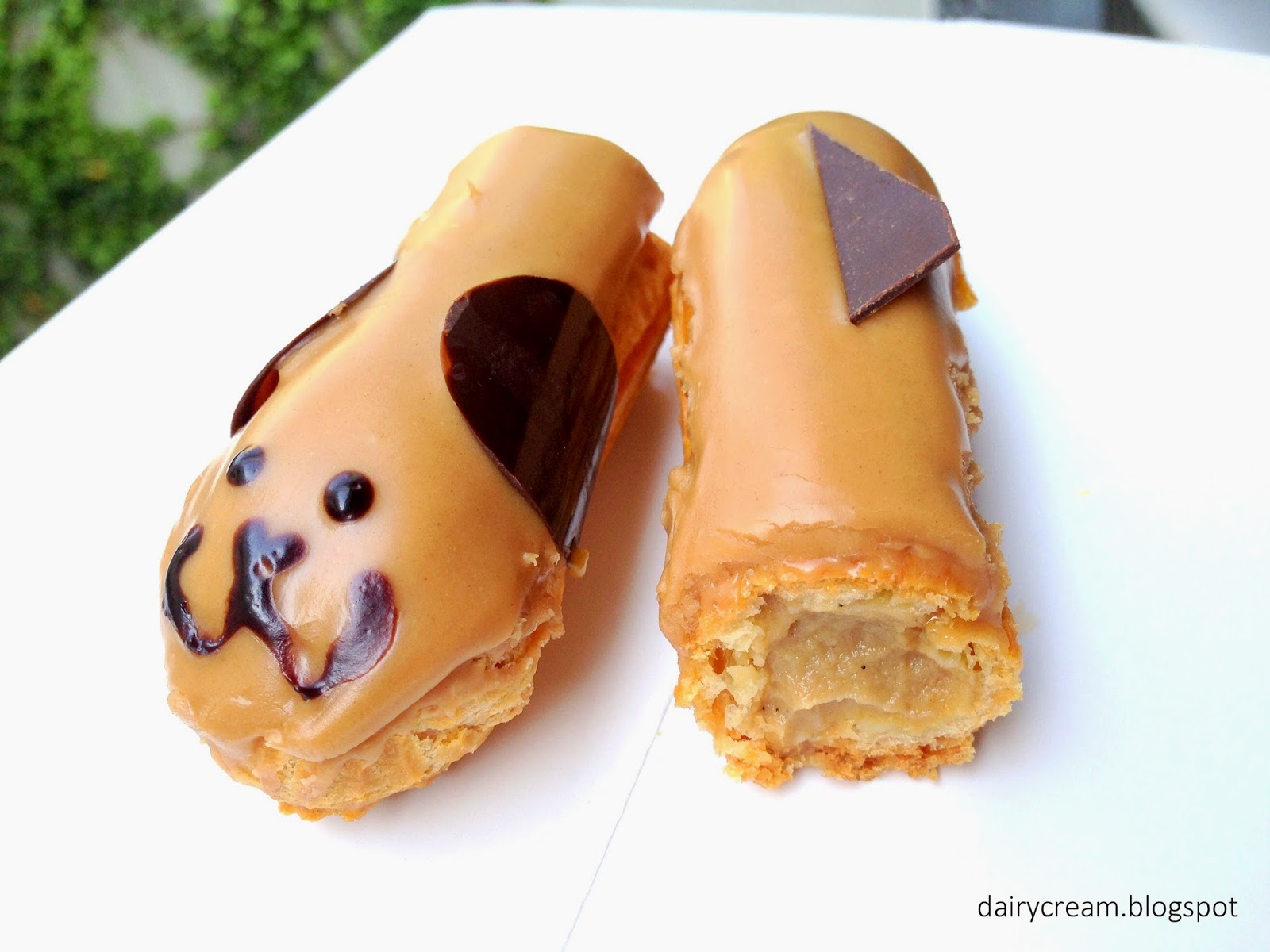 What animals do these remind you? Seems like even the French chef cannot resist making some cute eclairs when he comes to the Land of Kawaii. The dog eclair is a No.1 best seller of Le Pommier and it contains creamy hazelnut. The texture of the choux puff thicker and chewier than typical japanese choux. 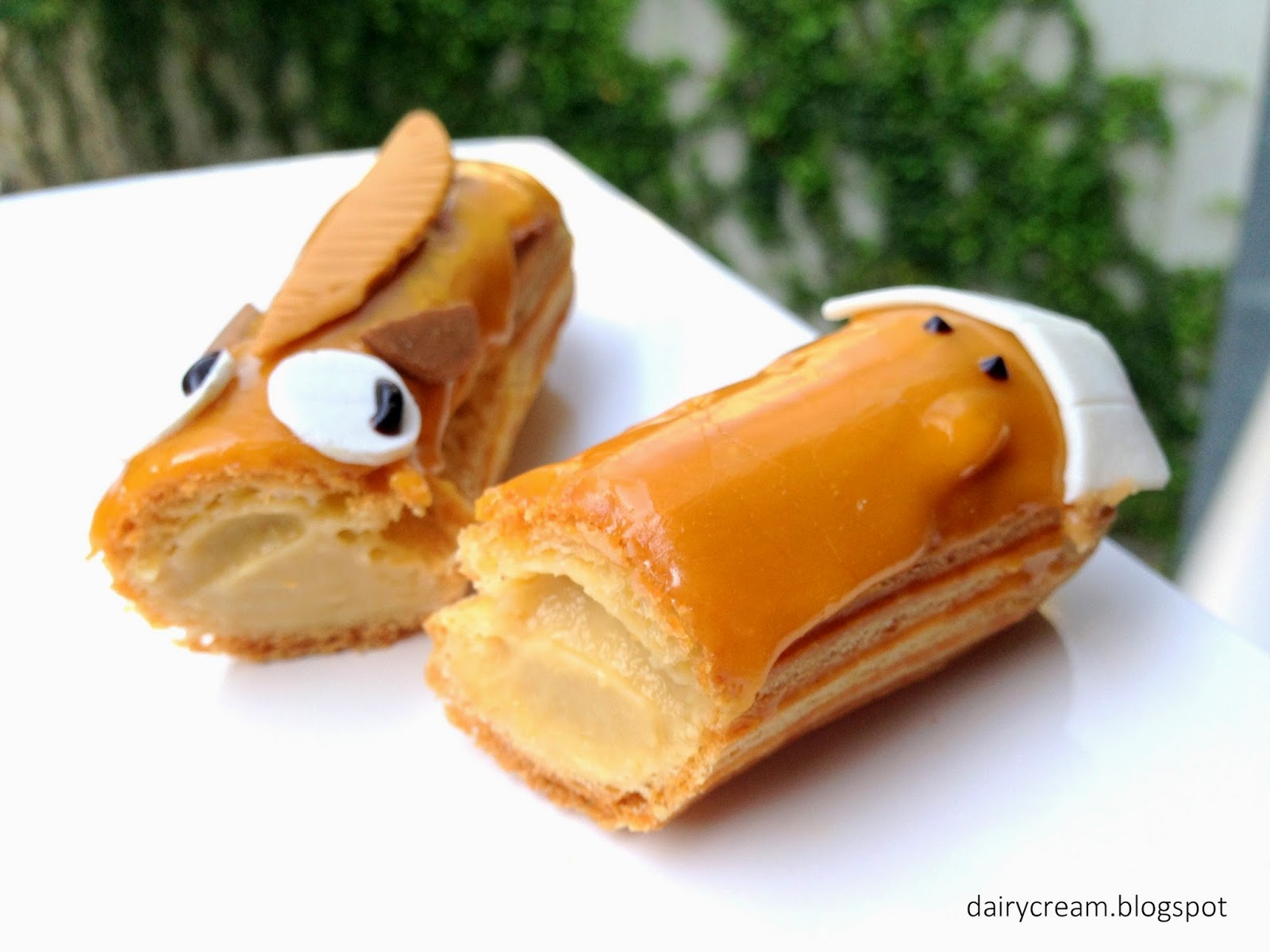 In fact, he is famous for his zodiac eclairs. Last year, he made this Horse eclair to commemorate to Year of the Horse. It is piped with a banana cream which I thought was rare! I am not a banana fan but this nailed the right spot. 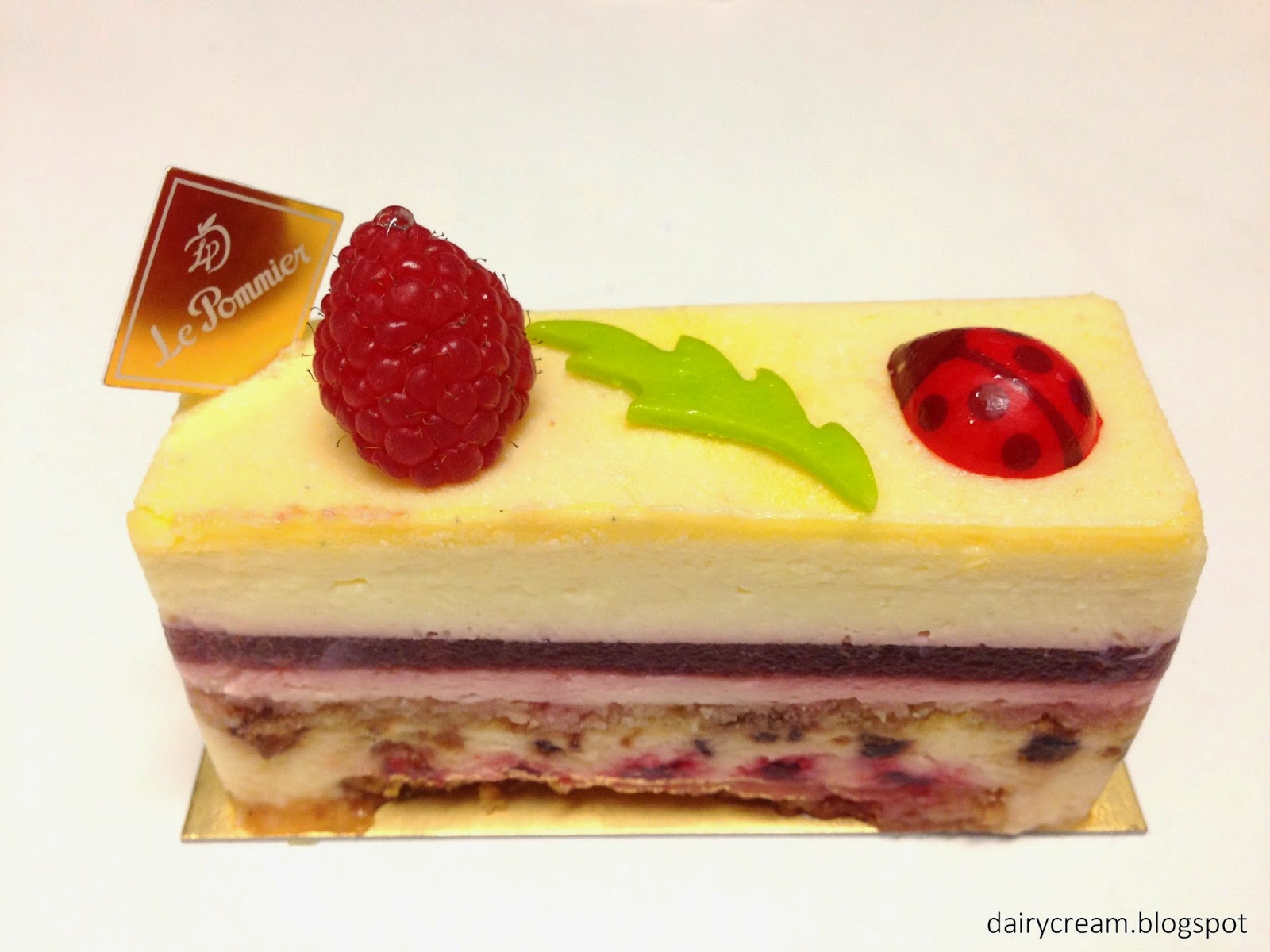 Mama Mia~
A layer of white chocolate, mascarpone mousse, framboise jelly, mascarpone mousse with cassis, almond sponge and thick sable base. I have no reason not to like this creation because the framboise layer is not too tart and the biscuit crunch to provide a sanctuary from the sweetness. Mama Mia~ 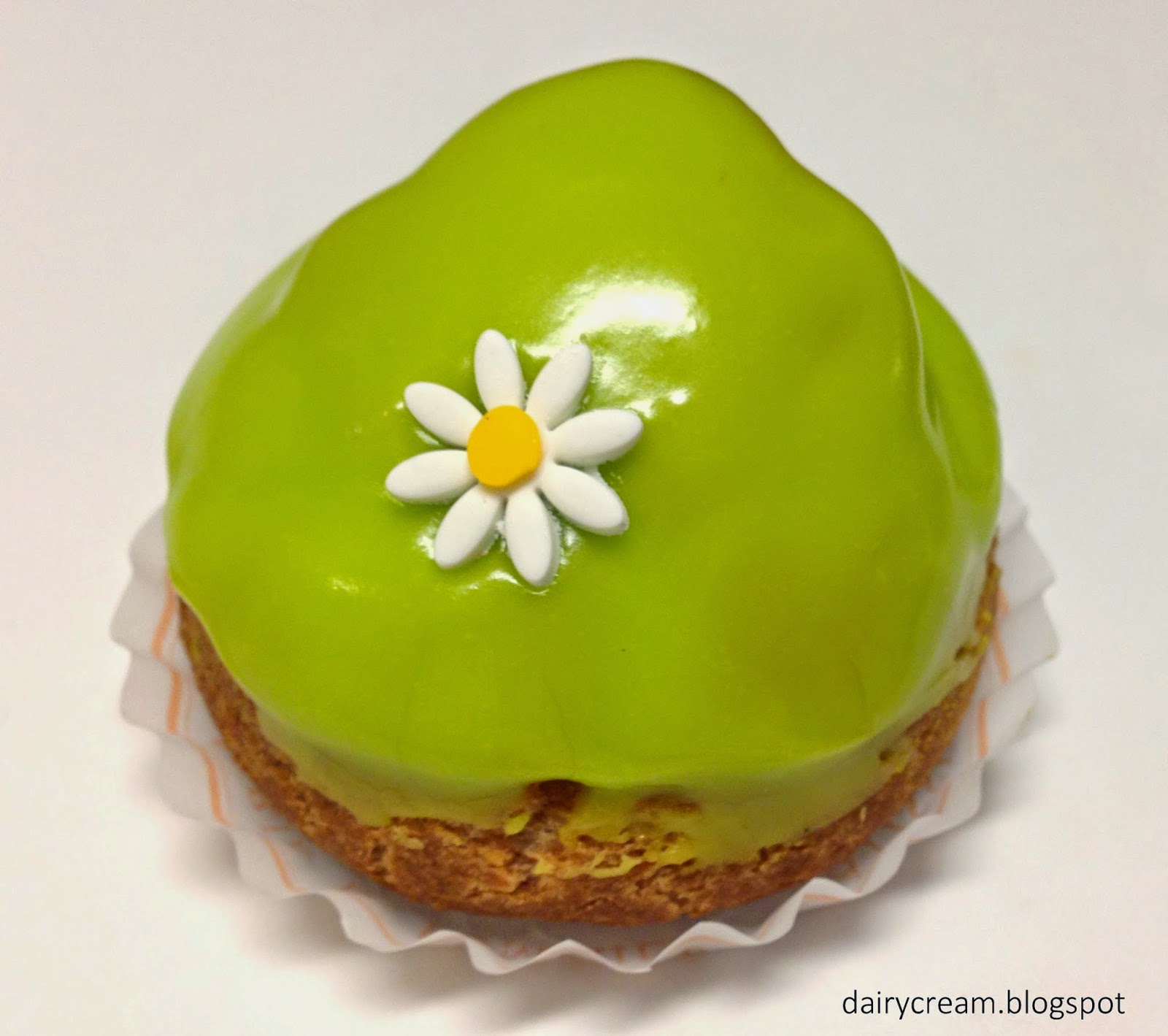 Think that this is a matcha or pistachio flavor? Nope, it's super sour citron choux puff in cheery spring design. The lemony flavour was too assertive and could not be toned down even by the ultra sweet and thick icing sugar frosting. I scraped that off. 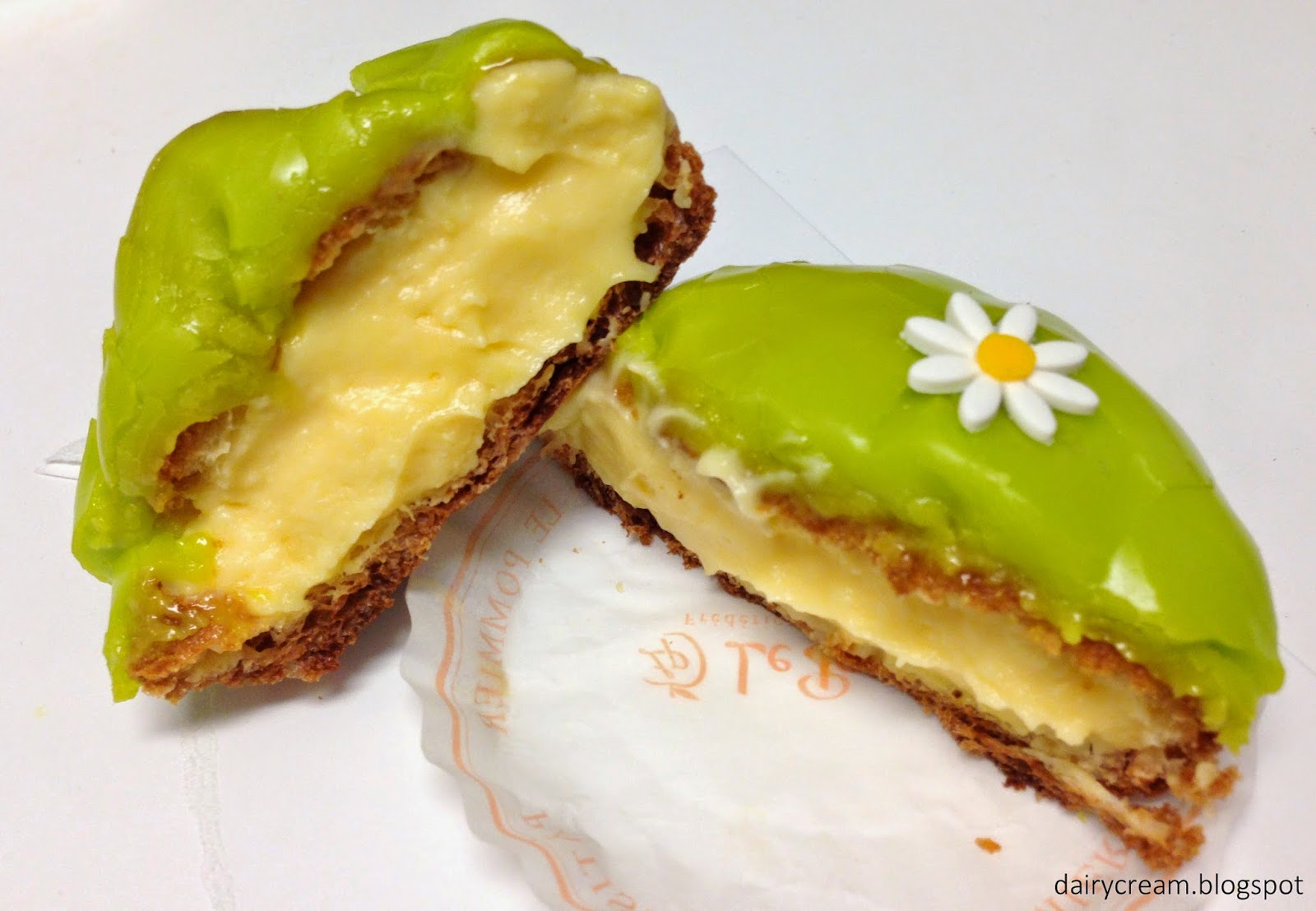 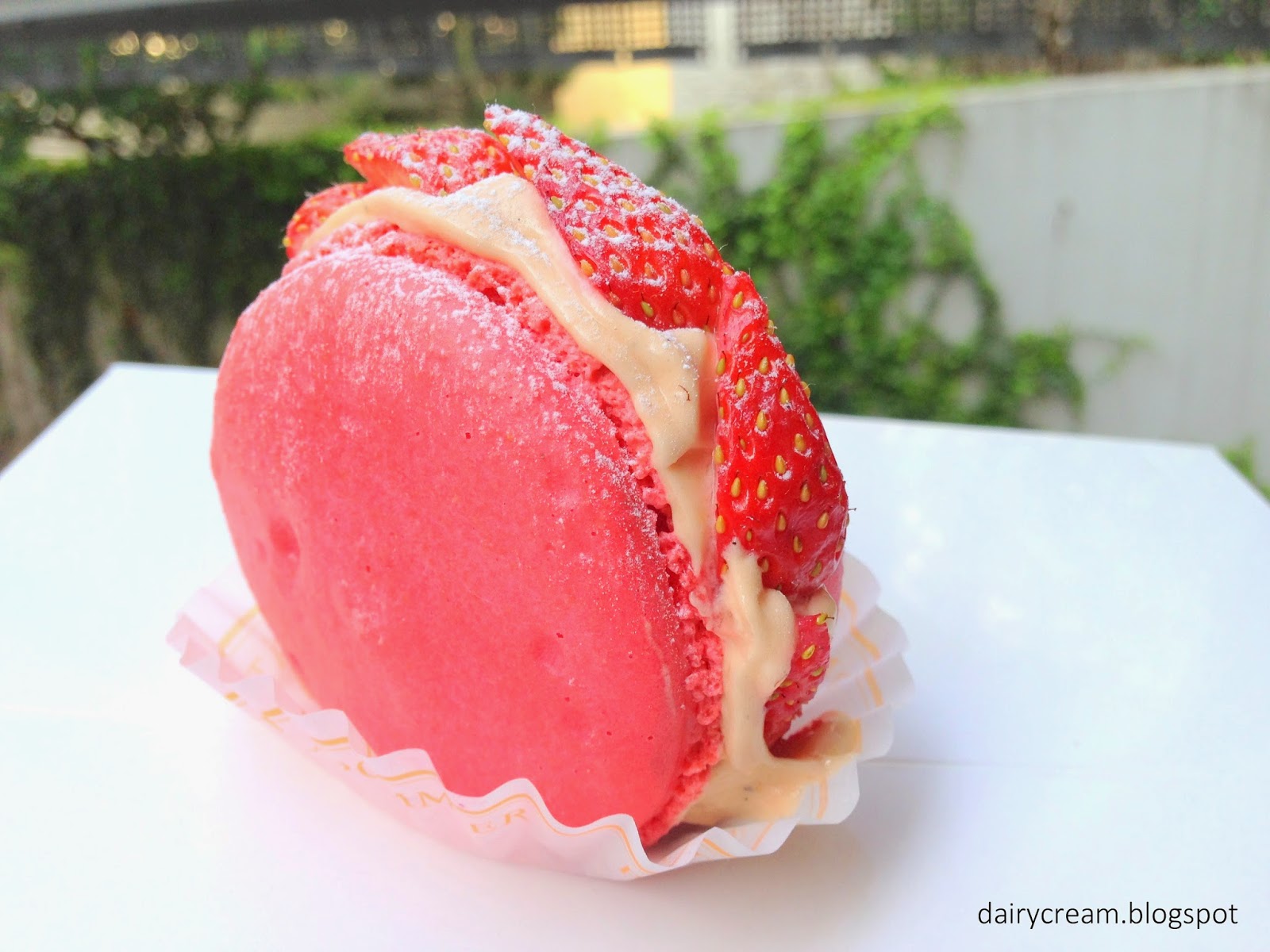 The Yoyo which looks like a Yoyo (duh...), is a large size strawberry macaron filled with strawberry mousse, custard cream and strawberries. I liked the concept of making a macaron sandwich stand on its own instead of the usual flat position and the fruit filling. The macaron is delicate just like how pavlova is typically paired with unsweetened Chantilly cream.

You don't have to make a detour all the way to try this shop but if you happened to land yourself in this old geisha district, do check out the eclairs and that pink Yoyo!