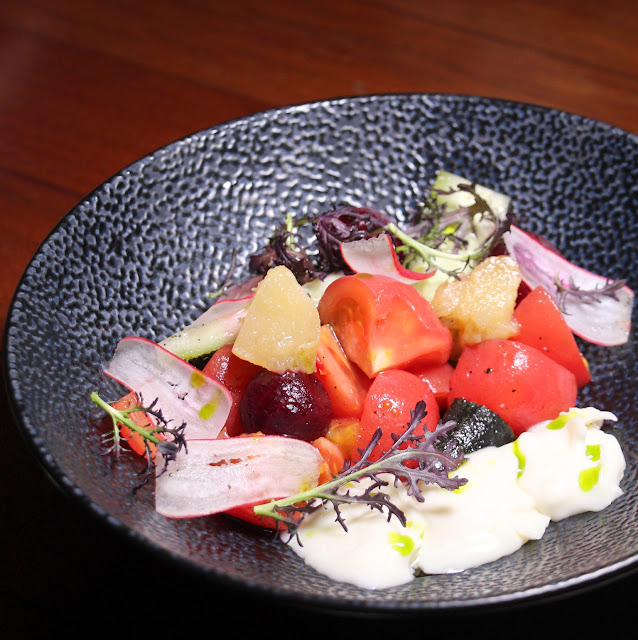 After the successful establishment of the Summerhouse at Seletar, 1-Group, the lifestyle F&B Group operating several award-winning restaurants such as UNA and 1-Rochester, redefines botanical adventures once again at The Garage.

Converted from a 1920s Art Deco Conservation building, the 2-storey house offers 2 different F&B concepts; Bee Knees and The Botanico. The latter which I visited, is situated on an open-plan rectangular space at the 2nd level, with an outdoor terrace sheltered under the lush green canopy. There's a hidden garden bar in the outdoor area for guests to chill out with cocktails such as Blackberry Mojito and Garage Gin'onic 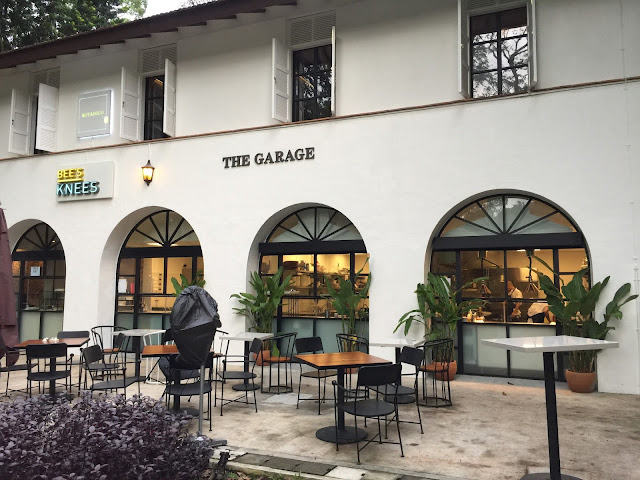 What Botanico offers is a contemporary-bistro, seasonality-driven menu based on formidable techniques and a dedication to the "craft". Spanish-born Chef Antonio Oviedo wasn't born in a family of chefs, but a combination of virtues led him to amass a diverse range of skills in some of the world class kitchens. 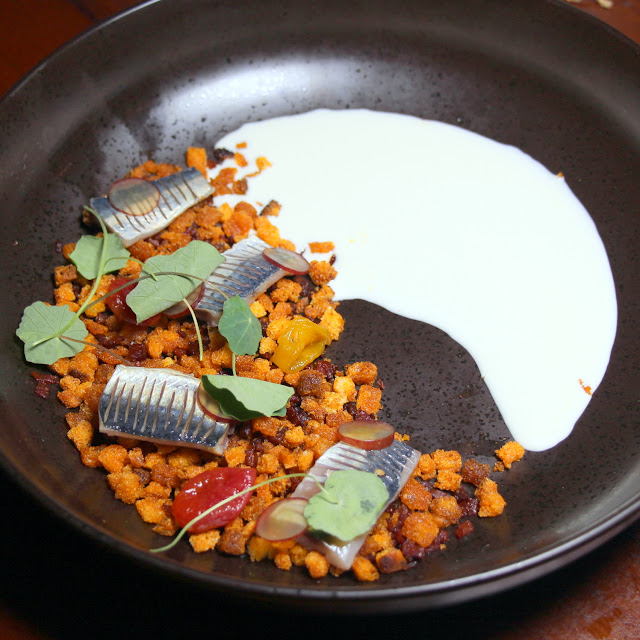 Smoked Sardines ($20)
Chef Antonio managed his culinary transition from 3 Michelin-starred El Cellar de can Roca in Spain to Binomio and later Iggy, with aplomb as witnessed from his innovative dishes that are humble yet rarefied. For instance, one doesn't get gazpacho as a bowl of chilled red soup but as a kind of almond milk conditioner that bridges the diverse elements such as Smoked Iwashi, crispy croutons cooked in Iberico fat, chorizo bits and tomatoes. Never have I come across such an eccentric dish which can't be easily categorize as an appetizer or a dish.

Reflecting the spirit of Botanico is this Botanico Salad which features plump and juicy Momotaro tomatoes alongside pickled beetroots, cucumbers and Canarejal cheese, a traditional raw unpasteurized sheep milk's cheese from Northern Spain. I was taken aback by the pungence of the cheese but I loved the richness. This is a dish could convert non-tomato eaters as the cheese allow the natural sweetness of these French tomatoes to speak for themselves. 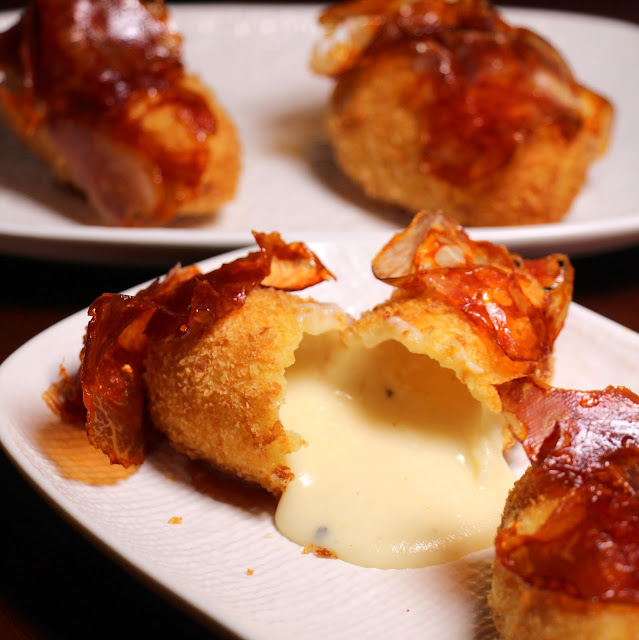 Spanish croquettes are a common sight on bar counters in Spain but this Idiazabal Croquettes ($14 for 2 pcs) by Chef Antonio could be the most truthfully cheesy deep fried bombs you ever had. The bread crumb coating is crisp and light while the idizabal, a kind of unpasteurized sheep milk's cheese from the Basque Country, does not overpower despite its mass presence. Not to mention that the chorizos ratcheted up the smoky flavors by a few notches. 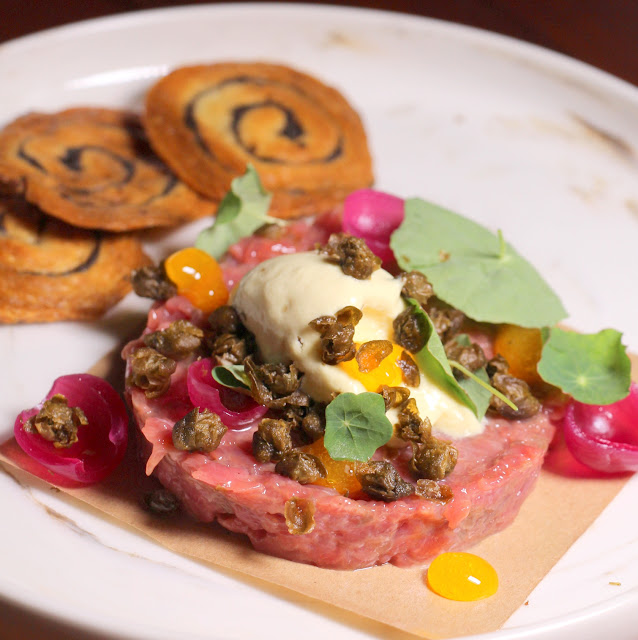 I was apprehensive of the Lamb Tartare ($20) but it proved to be the lightest form of raw meat I've ever had. There's no hints of gamey-ness at all and in fact, very fun to eat with pockets of flavors from the deep-fried capers, pickled onions and funky mustard ice cream alongside the Black Olives Arlette that reminded me of a crispy cheese galette. 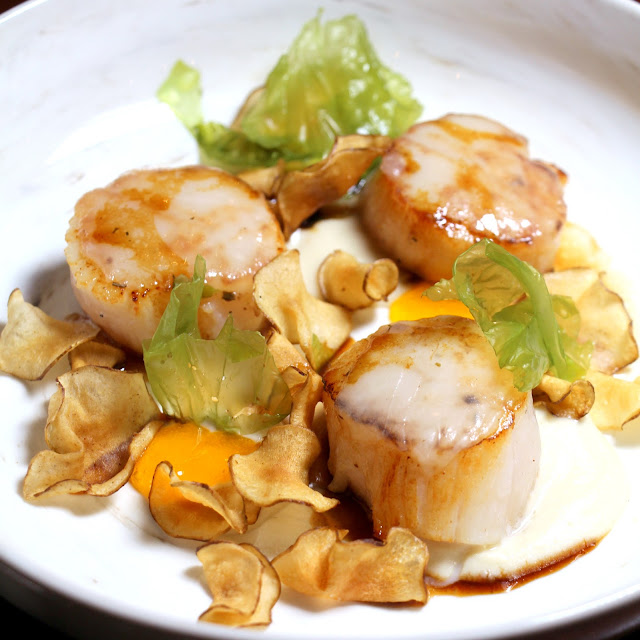 Botanico might not be the place that one associates with seafood but those I've tried were first-rate. Hand-dived from Hokkaido, the sustainable Japanese Scallops ($27) came in 3 fresh succulent portions, slightly scorched in places to add flecks of brown to the opaque white.  The sweetness was enhanced by Iberico lardo while the Tompinabar (Jerusalem Artichoke) puree and crisps were a welcome change to the usual parsni 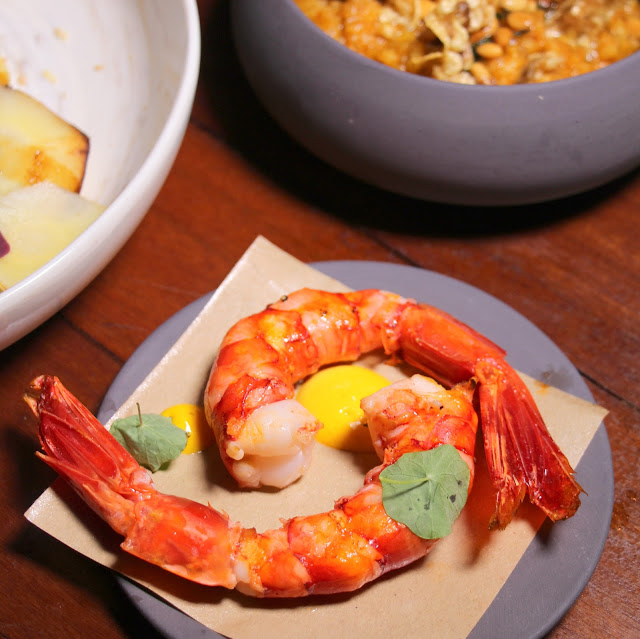 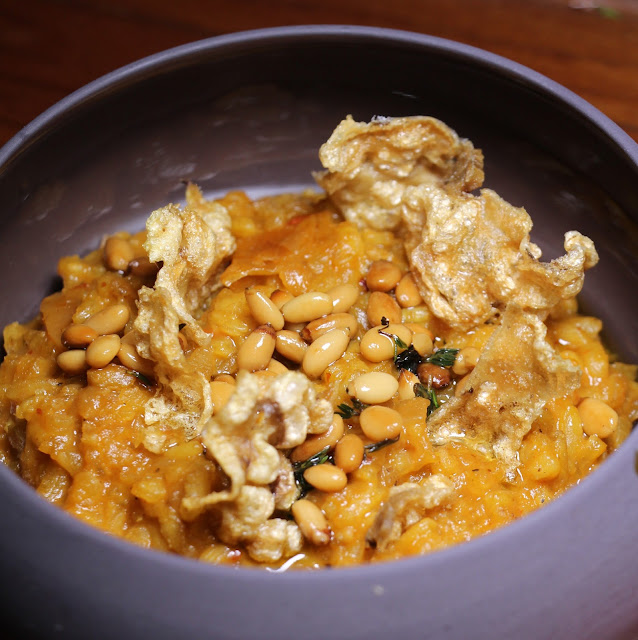 I highly recommend The Chargrilled Carabinero. It was such a steal for $28 as the scarlet prawns were utterly sweet and plump, complementing perfectly with the saffron mellow rice that was like a cross between paella and risotto. Having fully absorbed the essence of prawn bisque made from the stock of Carabinero prawn heads, the rice was heady in aroma and brimming with umami goodness. I really enjoyed the sticky texture and emptied the bowl grain-free. 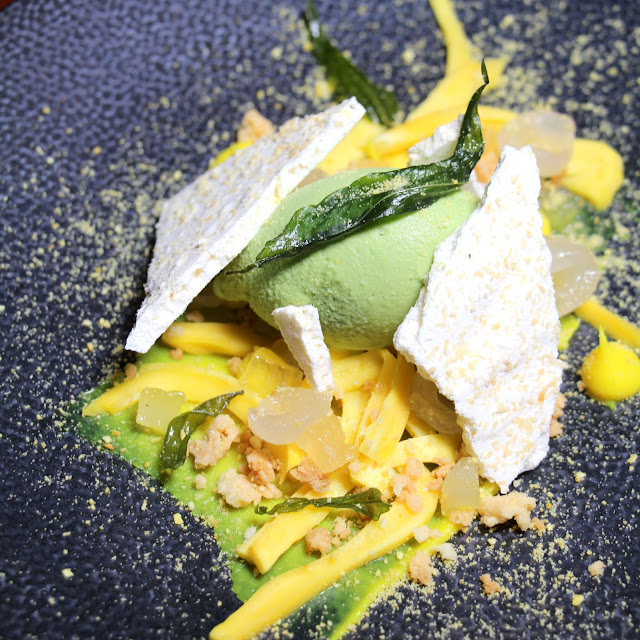 Chef Antonio's flair for free experimentation continues to the desserts. The Tropical Fruit ($14) is breaks down the barrier between sweet and savoury with the aromatic Laksa Leafs Ice cream and white chocolate tumeric ganache. Paired with pungent jackfruit, sea coconut, deep-fried laksa leaves, this dessert is so bold and wild; a rediscovery of  the beauty in tropical herbs and fruits. 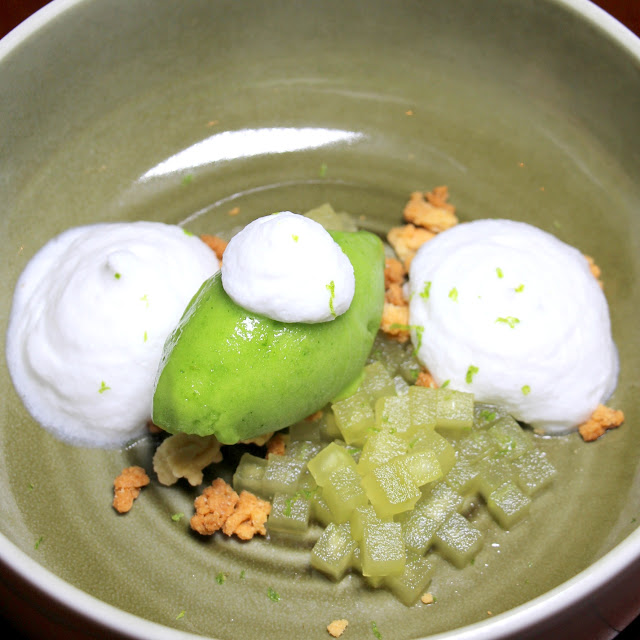 As an interpretation of gin and tonic, the  Botanist ($12) isn't as intense as expected, but more like a palate cleanser with cucumber sorbet and coconut foam that dissipates in seconds. Apart from coconut sables and kaffir lime zest, there's Granny Smith apples infused with gin that won't leave you sober. The flavors were too clean for me but I am sure those without a sweet tooth will like this. 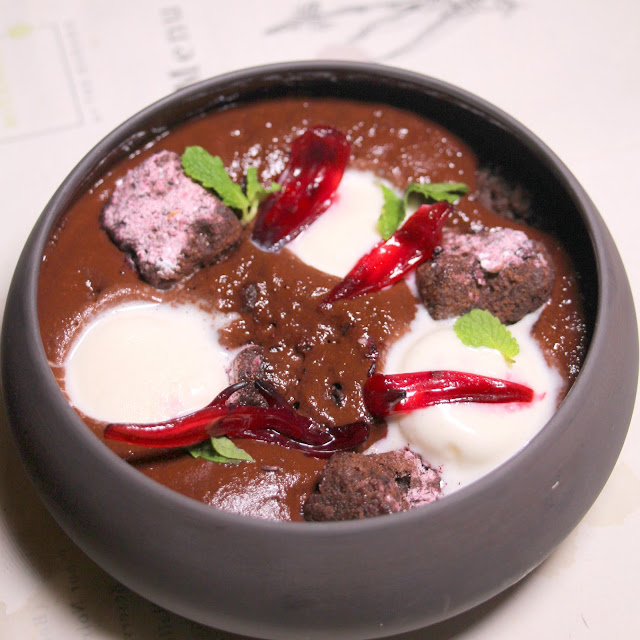 The Ceiba ($14) is a must-try dessert for hard core chocolate lovers (Me! *raises hand*) as the warm organic chocolate cream doubled up with fudgy chocolate brownies to produce a knock-out effect on me. So bitter rich, potent and deeply satisfying that I couldn't suppress my greed to spoon for more. The ginger ice cream was mild while the red hibiscus petals were sour and crunchy. Put them all together and you get a very balanced chocolate dessert.

From the starters to the desserts, the food here truly testify chef's prowess that straddles across disciplines, be it traditional or avant garde, savory or desserts. I can't wait to be back here, to be inspired by Chef Antonio's dishes in a place of beauty and peace 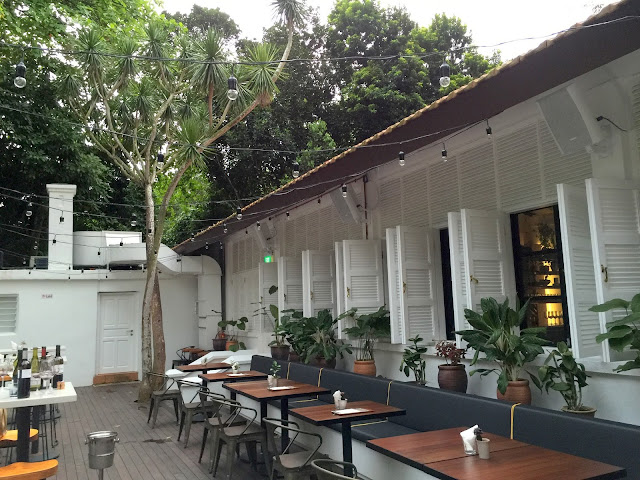 This is an invited tasting.
Posted by dairycream at 9:52 PM