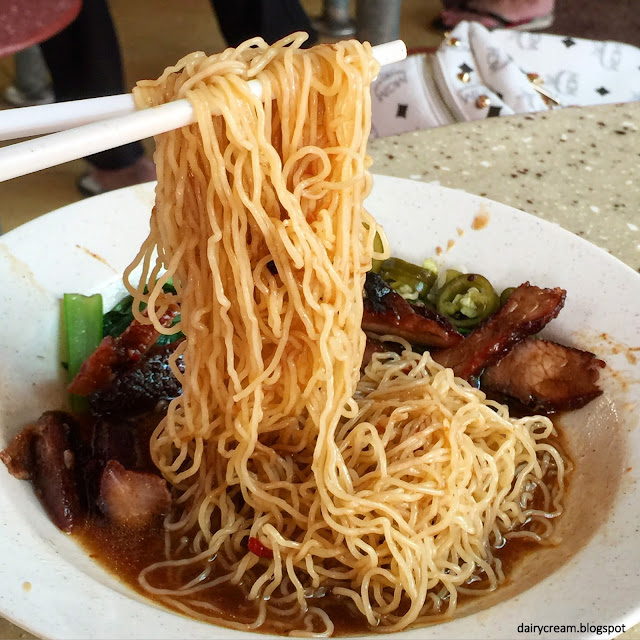 Why would I wake up so early on a Saturday morning and travel all the way to Jurong?

Thanks to Derrick @ SgFoodonFoot who initiated and organized this West Side Food Trail, I finally had the opportunity to explore the good hawker eats from the West together with Miss Tam Chiak. One of them is Fei Fei Wanton Mee, which has been around for more than 40 years since the early days in Ghim Moh. 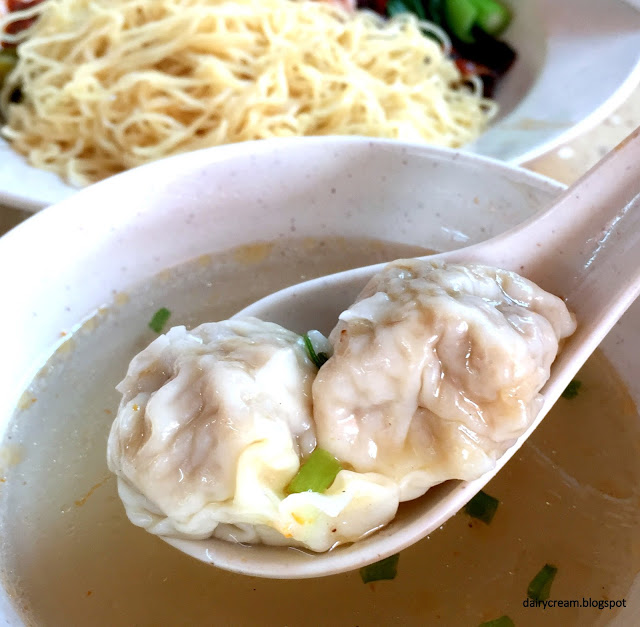 Besides the mandatory dumplings, a plate of wanton Mee can never be completed without char siew so do pick the right time to come. This is because the Roasted char siew is only available from 10.30am but sells out usually around 12pm. 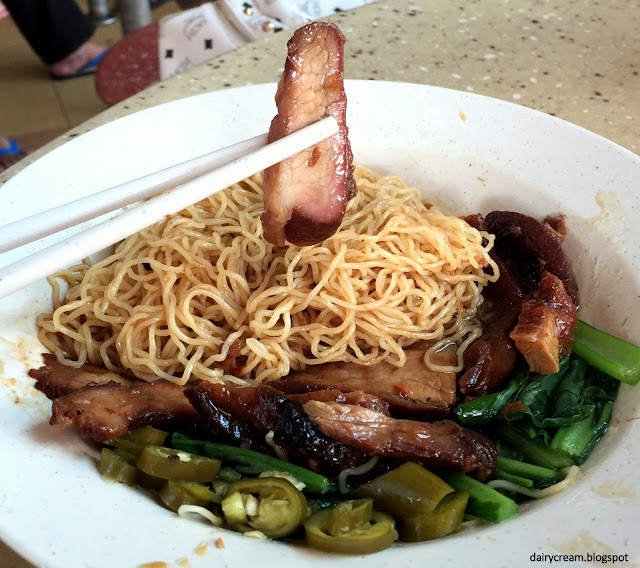 Preparation to roast the meats start as early as 3am in the morning before the stall opens at 9am. With a good balance of fats and lean meat, the char siew cut boasts a chewy, tender bite and retains the meaty succulence. 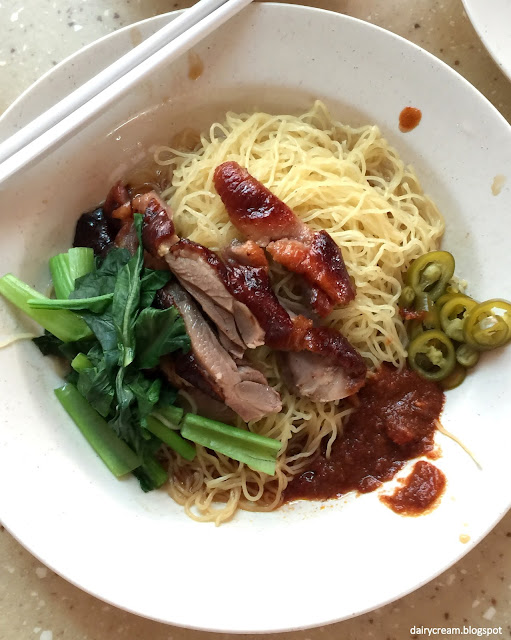 I prefer the wanton Mee to the Roast duck meat as the presence of sweet roast marinade seeped into the noodles to help cut through the soy-sauce base which is rather heavy on salt. 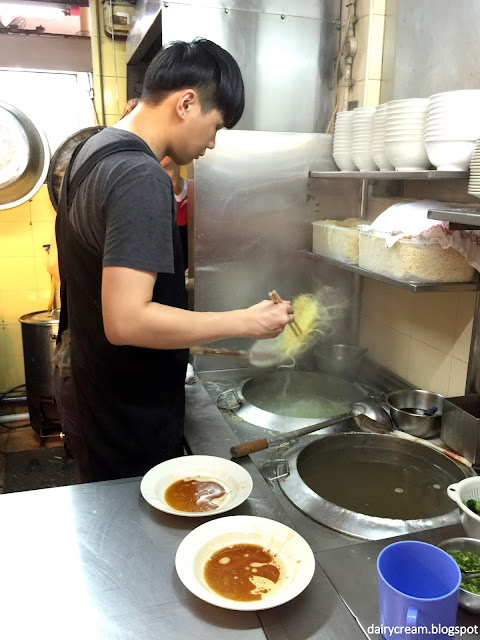 As age catches up with the owner, his 25-year old is taking over and gradually learning the ropes. This young man definitely has the potential as the texture of noodles were perfectly springy. In fact, I love the type of thin-curly noodles used here, which reminded me of Yap Kee's angel-hair wanton Mee in Holland Drive. 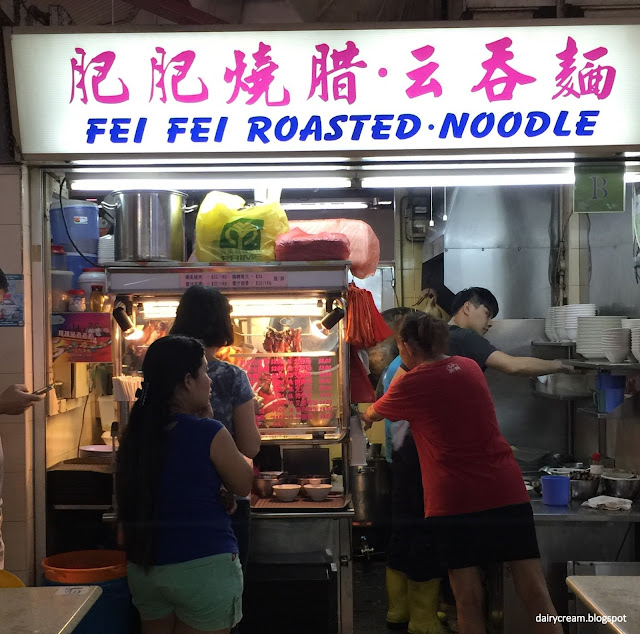 Be prepared to queue for at least 45 minutes on a weekend. But if you really love wanton Mee, the waiting time shouldn't be a problem.