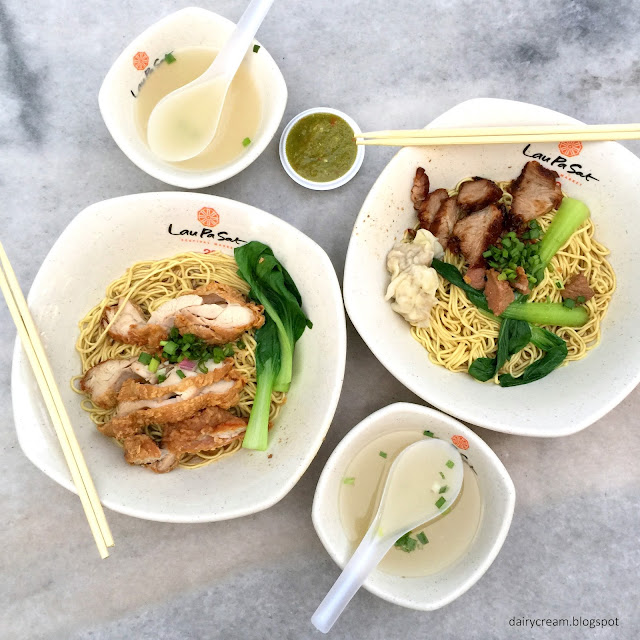 Smacked right in the CBD is a noodle stall called Noodle Evolution that enjoys brisk business during peak lunch and dinner hours. The noodles here doesn't resonate as strong as its stall name but it is a real and good example of how our future hawker scene will evolve under the existing efforts to  preserve our hawker legacy. 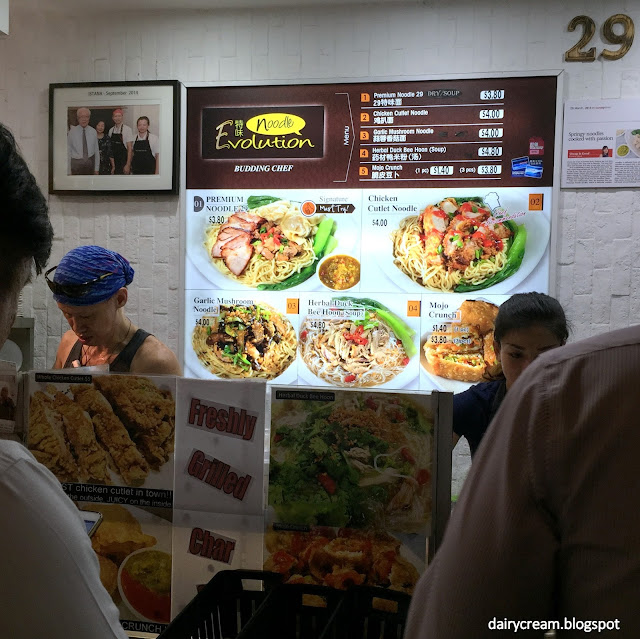 Unlike other hawkers who silently prepares their food with a straight-face, Mr Mok seemed quite a friendly and approachable man who occasionally explained about his food to customers like me who had no idea which to pick. 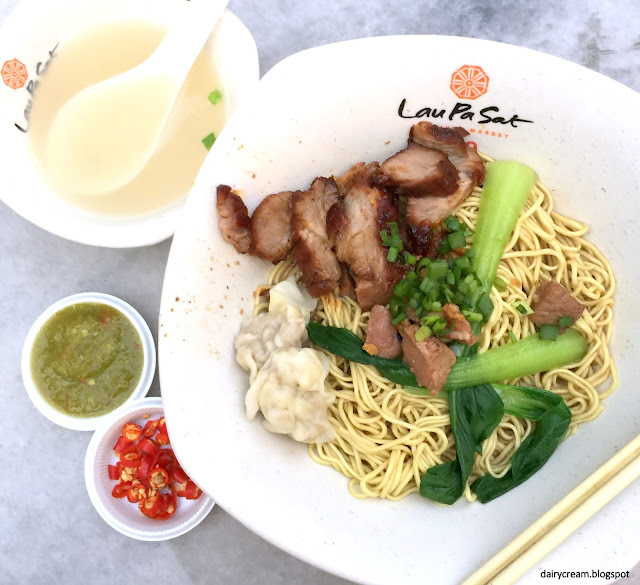 The menu is straightforward with just four basic options; premium wanton noodles, chicken cutlet noodles, garlic mushroom noodles and herbal duck beehoon soup. The premium wanton noodles ($3.80) was fortunately, not sold at a premium price but there were only two dainty wantons that would vanish in just two mouthfuls.

Maybe I should not have complained about the few pieces of char siew at Foong Kee as the portion is about the same here. The char siew does not have that tantalizing caramelized char but still comfortingly tender.

Forget about having chilli/non-chilli versions here as each standard bowl is chilli-free, though it comes with a highly recommended homemade green chilli which Mr Mok describes as 5 on the spicy scale if chilli padi was rated as 10. It reminded me of Thai green chilli sauce which is bright and tangy, but it still didn't pep up the noodles as much as the chilli padi did. 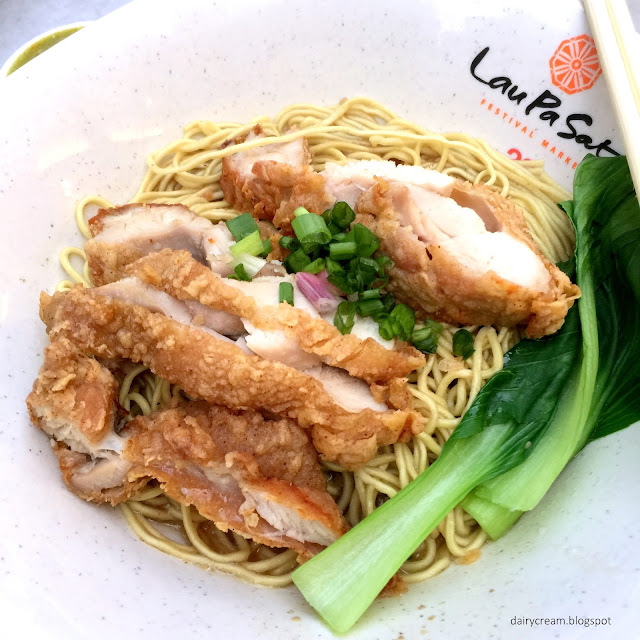 In fact, I prefer the chicken cutlet noodles as the chicken cutlet evoked nostalgic memories of the crispy lemon chicken cutlet from Golden Rooster at Coronation Plaza during my schooling years. Similar to the premium wanton bowl, the medium-thickness noodles are served in neither sweet ketchup or soy-based but light meat sauce which needed to be tossed very evenly. Otherwise, some parts might be clumpy and it is hard to get the hang of the noodles.

Overall, while there is nothing particularly off-putting about the noodles, I think they could do with much more character. Nonetheless, it is an encouraging sign to see such passionate hawkers who are willing to toil relentlessly over long hours to serve these humble delights.