The Pumpkin Harvest : Superfood for the Body

Tis Season is not only about Marrons, but also pumpkins. With the upcoming Halloween, many patisseries have come up with pumpkin-related cakes, bread and puddings. Pumpkin itself is known as a superfood for the body. Why? 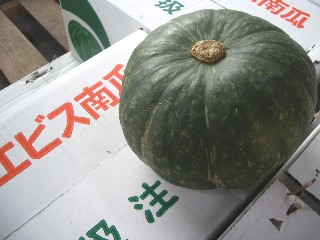 The alpha-carotene and beta-carotene are potent antioxidants found in pumpkin and are pro-vitamin A carotenoids, meaning the body converts them to vitamin A. Vitamin A promotes healthy vision and ensures proper immune function. The beta-carotene in pumpkin may also reverse skin damage caused by the sun and act as an anti-inflammatory. Alpha-carotene is thought to slow the aging process and also reduce the risk of developing cataracts and prevent tumor growth. Carotenoids also boost immunity and lessen the risk of heart disease. To read more about this superfood, click here.

So that gives us the excuse to indulge in pumpkins desserts!
Here are some of the pumpkin items. They are generally well made but there are some misses though.

The pumpkin paste that is sitted on top of the tart outshines that by Sugar Butter Sand Tree/Ginza Budou (shown below). The paste is smooth and not too rich/creamy. As such, one can deduce that the pumpkin component was made with a high ratio of pumpkin to cream, but not too much pumpkin such that it turns off the consumers.

Kabocha Tart by Ginza Budou
This one stood out for its pumpkin-horse carriage南瓜马车 look but the taste is rather unsatisfying compared to the above. Guess Ginza Budou should stick with its hot-seller item that always has a long queue....its signature ultimate sugar butter pie.

The paste is too thick, dry and tough. The paste will stick together in small clumps even though the pumpkin ball is deconstructed. They are way thicker than the red bean paste in manjus, mochis or even our chinese dou sha bao. The marinated pumpkin slices were too hard to bite.

Kabocha Pie By Patisserie de Bon Coeur
pumpkin+caramel+pie filled with some nuts
This is a simple but well-executed variation of the pumpkin tart. The tart base was not made up of digestive crumbs but not puff pastry either. The consistency of the pumpkin section hit the jackpot, as the sweetness was accented by the caramel cream at the top.

More importantly, the chef has stated that it was made with Hokkaido Ebisu Pumpkin, which is one of the top-notched pumpkins from Hokkaido, famous for its strong sweetness. According to the farmers, the season of ebisu pumpkins ends by October, so if anyone comes across ebisu pumpkins in other periods of the year, they are likely to be imported from New Caledonia, Russia, Tonga or Mexico.

Pumpkin Pie by Sola
the pie layer stood out among the rest.
A giant pumpkin pie made up of a unique texture of pie that resembles puff pastry but not exactly it itself. The bowl shaped pie base is so hard to break through with a fork. However, the contents were very generous as it consisted of pumpkin mousse, fresh cream, custard and sponge---the all too familiar combinations in a pastry that features pumpkin as the core ingredient. This looks smaller than the actual size of the item.

Pumpkin Pudding from Hokkaido 居酒屋しんや
This is a famous pudding shop in 札幌市.

the pudding scale by Pudding d'Or. Click here for the official website
The pudding texture is classified as mid-range sweetness and pretty hard on the "pudding scale" is used by the shop Pudding d'Or where this was bought from. Pudding d'Or is a shop that featured all the famous puddings and often limited editions puddings from all over Japan. The puddings on sale changed very fast and so it is better to grab those that you like once you spot one.

It was quite rare to eat a "hard" pudding but the sweetness was not too overpowering with the bitter caramel liquid at the bottom. Still I would prefer a soft pudding.


For the pumpkin-banana caramel mousse tart by Payard, click here
Posted by dairycream at 10:59 PM