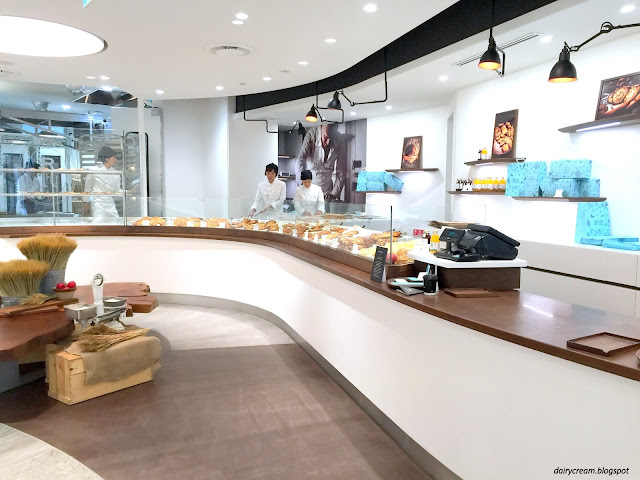 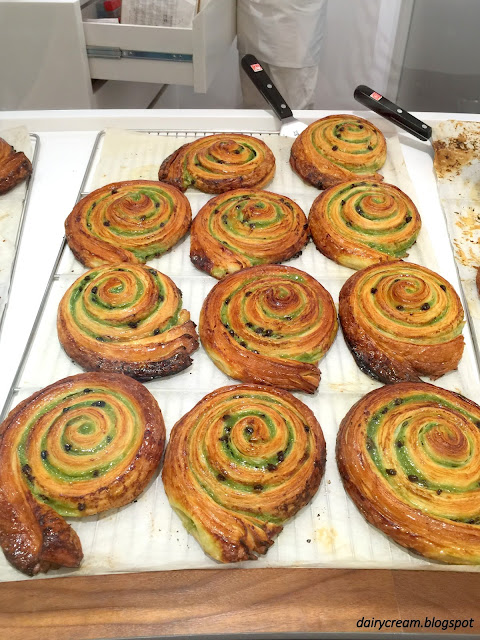 The first thing I saw when I stepped into the chic modern boutique....er no, bakery, was snails. Many many snails.

Not the slow-moving creatures but golden escargots croissants lined up beautifully on the display rack.

Yes, I have finally arrived at Rituel by Christophe Vasseur who is considered to be the Best Bread Baker in the Paris, needless to say in France or even in the World. After successfully opening his first neighbourhood Parisian bakery named Du Pain et Des Idees (Bread and Ideas) in 2002, Christophe Vasseur finally opened his first overseas shop in Tokyo only recently in Oct 2015. The warm wooden panels against the sleek contemporary white space were remarkably different from a typical bakery. It feels like a cafe to me but there are no tables, only benches on the first and terrace floor. 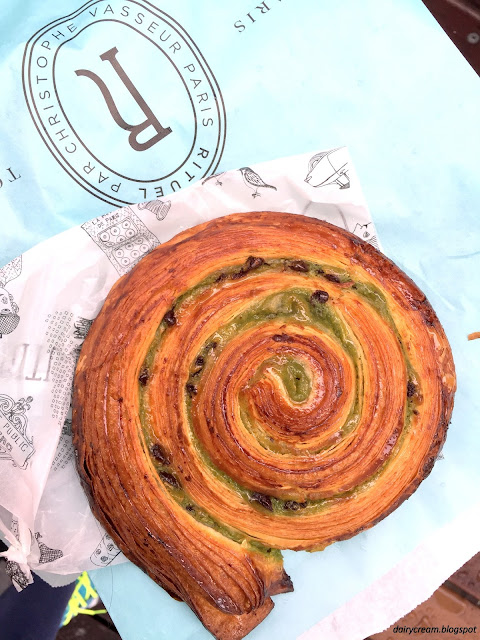 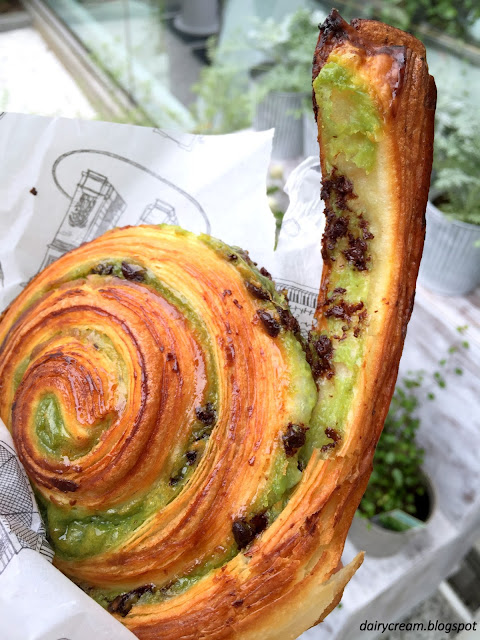 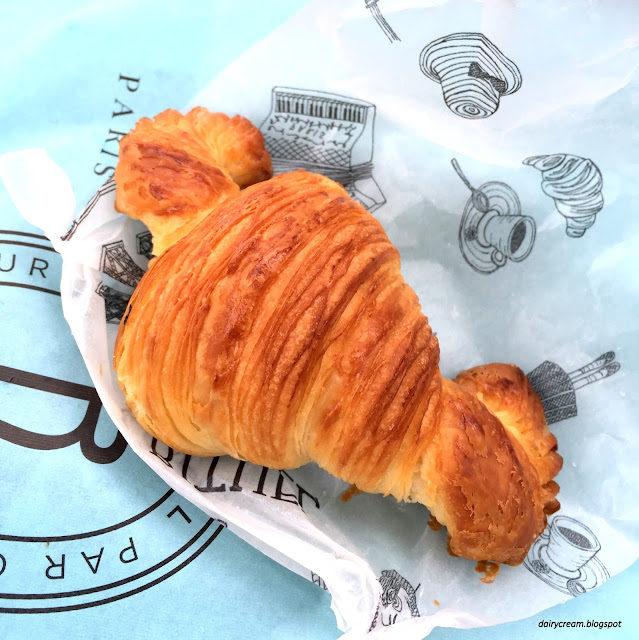 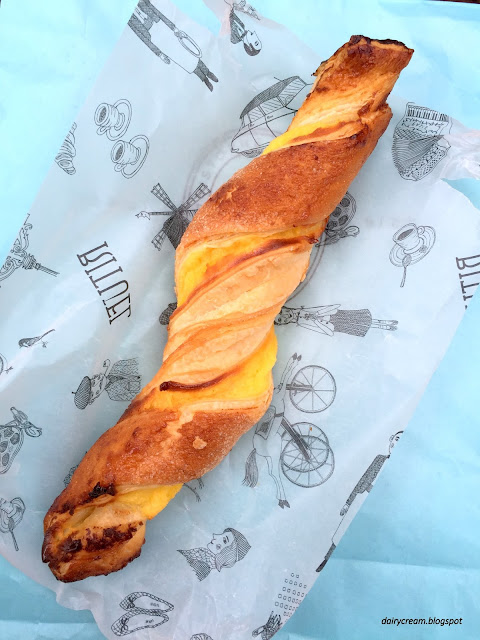 Having heard and read so much about this master baker, I headed here once I woke up, only to arrive in a desperate situation as my pants were wet and my shoes were partially soaked from the morning rain.

I needed bread, a warm escargot to feed my growling belly. Flavors range from praline, chocolate banana to the Japan-only Mangue Vanilla. It didn't took me long to decide on the Chocolat Pistache, a giant and rustic piece of golden pastry which is as expensive as a piece of cake at 540 yen. It did not matter as it was a transcendently good pastry. As I torn off the pieces, the fluffy, chewy interior remained fused to the crunchy outer layers. It crackles, so delightfully, and I smiled.

There is a saying that one eats a croissant to enjoy butter. While Chef Christophe holds a firm belief in using local ingredients (Hokkaido organic flour, Yamanashi eggs, Chiba milk), he sticks to the A.O.C Pamplie butter for his bakes. This could mean only one thing; the hybrid of good genes from the two lands. I had the crispy-tailed croissant and this would be what the French called une tuerie (absolutely fantastic)

This was not the end. Try some of the pie-based pastries such as the 25-cm long twisted Le Sacristains. Folded with granulated sugar and rested for twice the average duration, the handkneaded dough transformed into alluringly brittle layers, interspersed with vanilla custard that are sweet and fragrant. 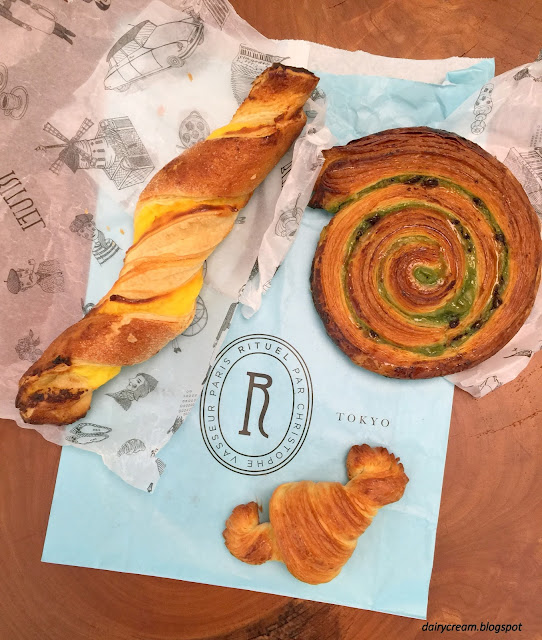 I am often asked, "Why do you visit Tokyo so many times? Won't you get bored?"
Now here is my answer.