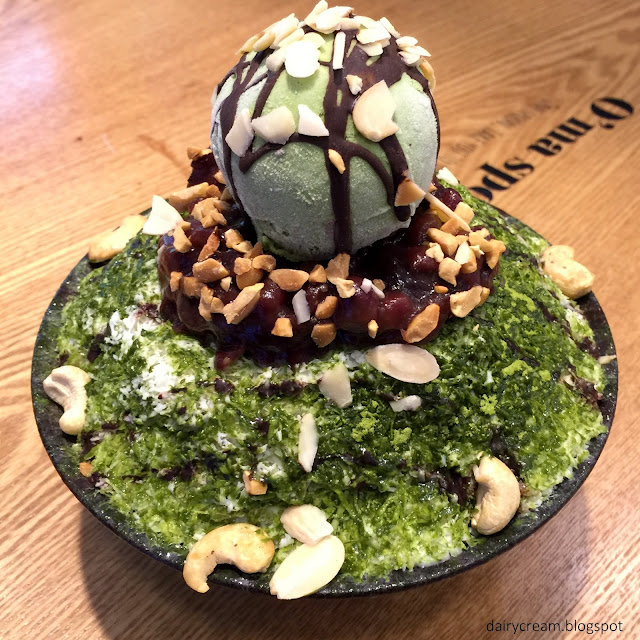 It’s the simple things that are the hardest to get right, but O'ma Spoon manages to master the science behind this popular shaved ice dessert as the texture of the ice is just as fine as powder snow. After its first successful outlet in Marina Square, the first Korean dessert franchise in Singapore opens another outlet at 313 Somerset where it continues to sell its fluffy milk flakes aka Bingsu 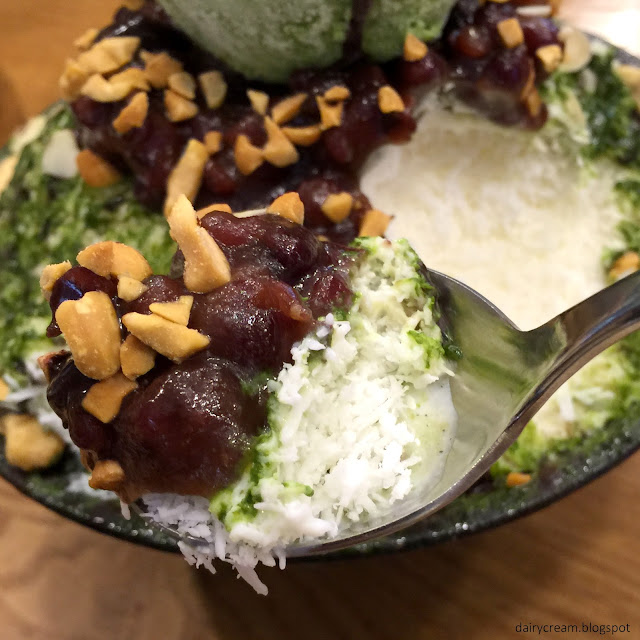 While the Injeolmi Bingsu is the most authentically Korean flavour out of more than the 7 flavors available, we went with the crowd and picked the popular Green Tea Bingsu ($13.90). There are no hidden ingredients beneath the voluminous creation as every necessary component such as red beans, cashew nuts and almonds are piled on top of alternating layers of green tea powder and shaved ice.

The tea flavour is not as strong but it still tastes a refreshing bowl of creamy green tea milkshake which you slurp it up with spoon instead of a straw. 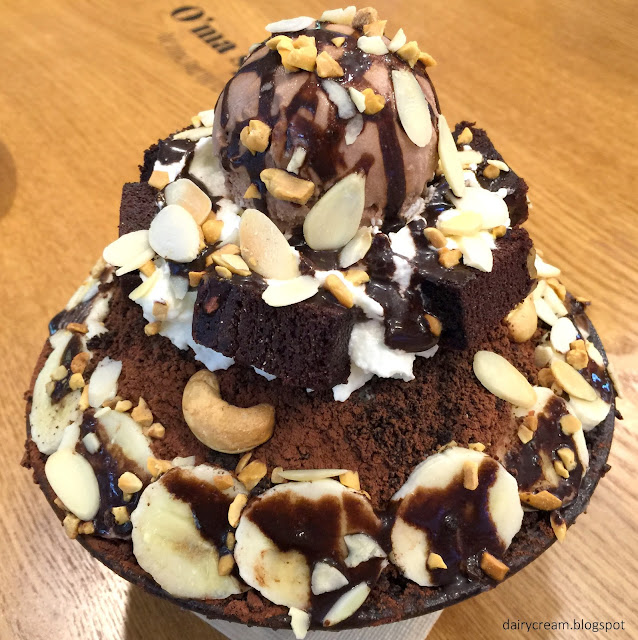 The Chocolate Brownie Bingsu ($18.90) is a towering concoction of shaved ice, almonds, American brownies and a scoop of chocolate ice cream, bananas, all drizzled chocolate sauce. It looks like the thing which will trigger a Sugar concussion but it is actually not and even less sweet than the Green Tea Bingsu.

In both cases, I secretly wish there are more ingredients for both kinds of Bingsu. However less is more and it might not be such a bad thing after all as all attention will be drawn to the consistently velvety ice. 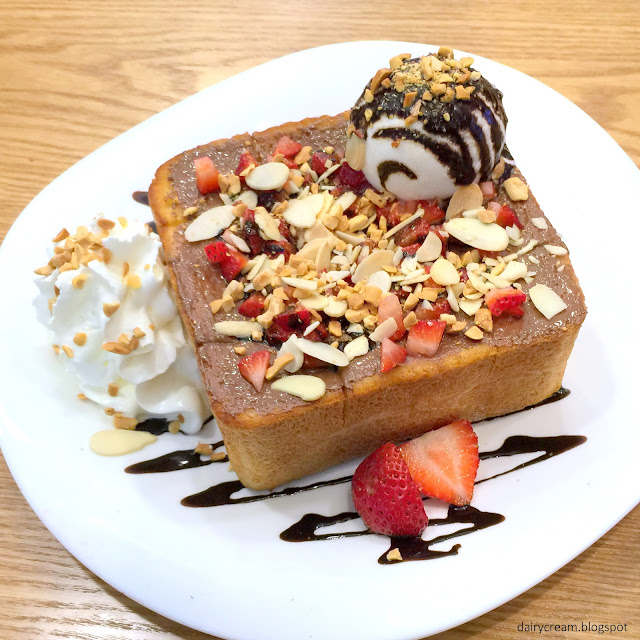 As for the Signature Oven-baked Honey Butter Bread, I got too distracted by the huge dollop of whipped cream and the sweet ice cream that I forgot this was supposed to be a Chocolate Strawberry ($14.90) version.

I would gladly exchange both creams for more strawberries and chocolate spread, though the made-in-Korea bread that was shipped in a frozen state to Singapore tasted fresh with a nice chewiness to it. 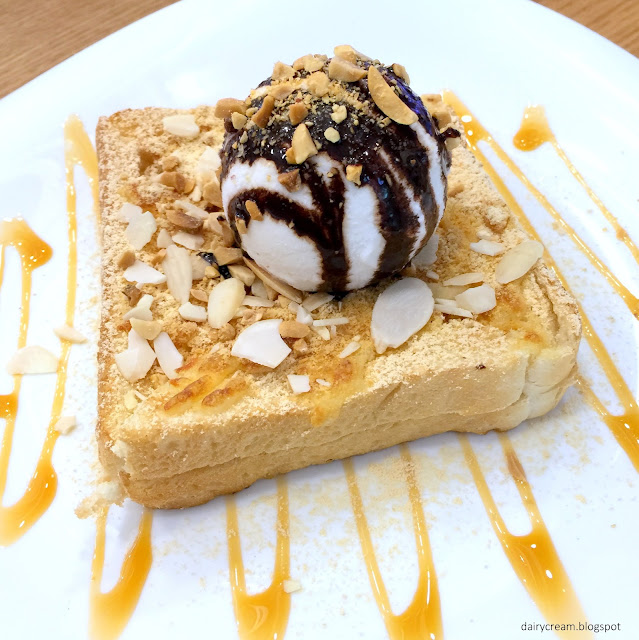 Even though it looked less photogenic than the honey butter bread, I truly enjoyed the mild savoury taste in the Injeomli Cheese Toast ($9.90) as it pulled me back from the brain freeze state. A more generous sprinkle of the soy bean powder would be wonderful to highlight the nutty aroma of this dish. 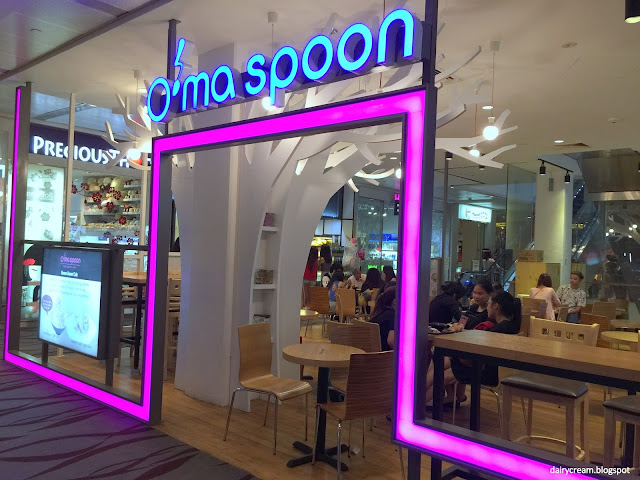 Honestly, I haven't try enough bingsu to call the judge but the impressive quality of the ice texture won me over. I won't deny that prices are steep but the tremendous portion is good for sharing between 2-3 pax. Alternatively, there is always the petit Bingsu that will set not more than $6 but load you with happiness in the hot summer sun.