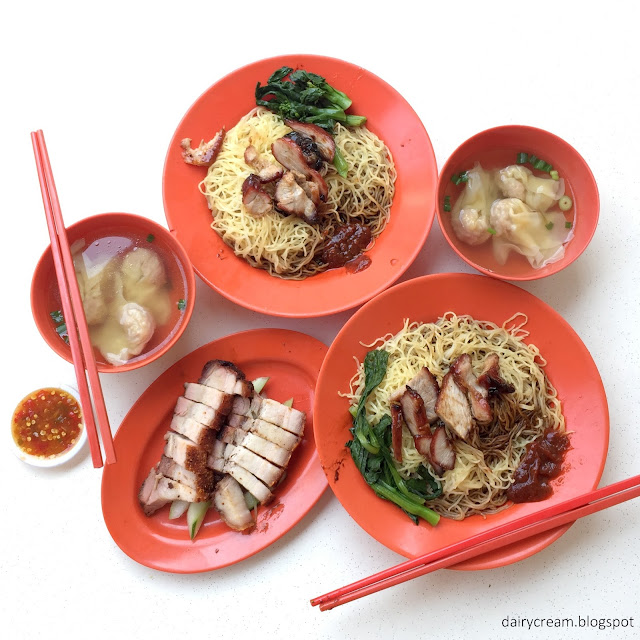 Yay! Finding the wanton mee that I love feels like winning lottery.

After the previous disappointing experience at RedRing, I finally met the noodles of my love at Foong Kee Coffee Shop. Tossed in a special savoury sauce blend of oyster sauce, soy sauce, lard oil and belachan chili, the thin noodles are cooked to perfectness; springy with a firm bite. A superb achievement given that most stalls tend to overcook their noodles. 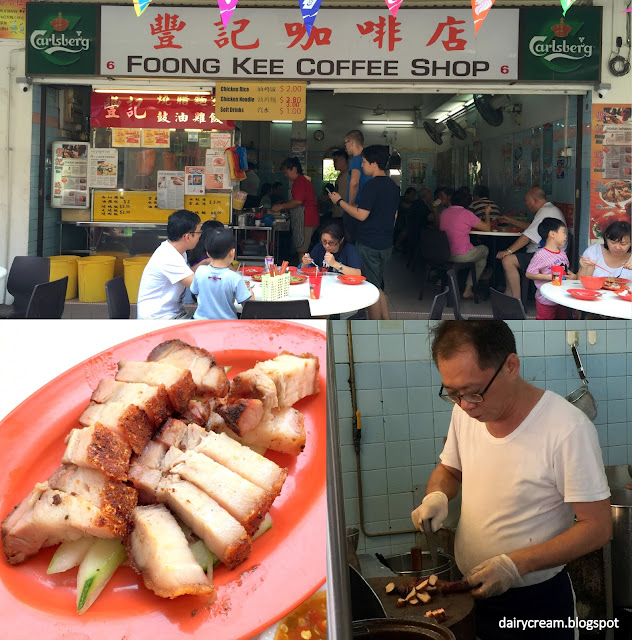 Roasted by the self-taught chef Wong Wai Chew, the char siew was fatty, chewy with the perfect hint of sweetness and the meat glistens beneath the dark brown surface, albeit occasionally charred. 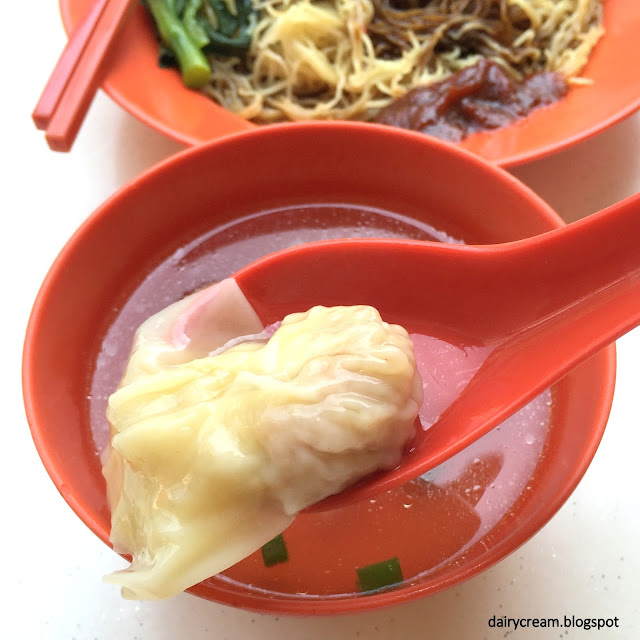 The char siu was so tasty that they nearly stole the limelight away from the plump meaty wantons, but failed because the portions were paltry and scattered in rather haphazard fashion (perhaps they were too busy). 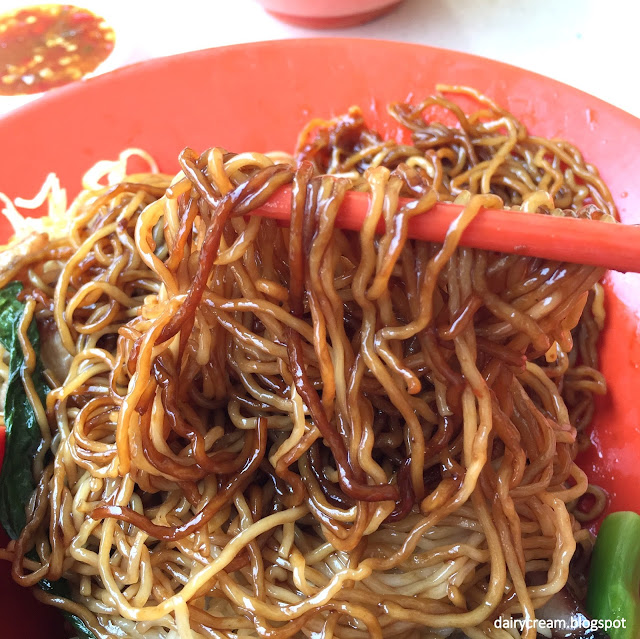 Nonetheless, that was a tremendous bowl of wanton mee that left me wanting for more after emptying the entire plate, unlike some sweet sauce-based wanton noodles which I barely chow through just not to waste my money. No wonder it was selected as the Best Wanton Mee in Singapore by the Straits Times. 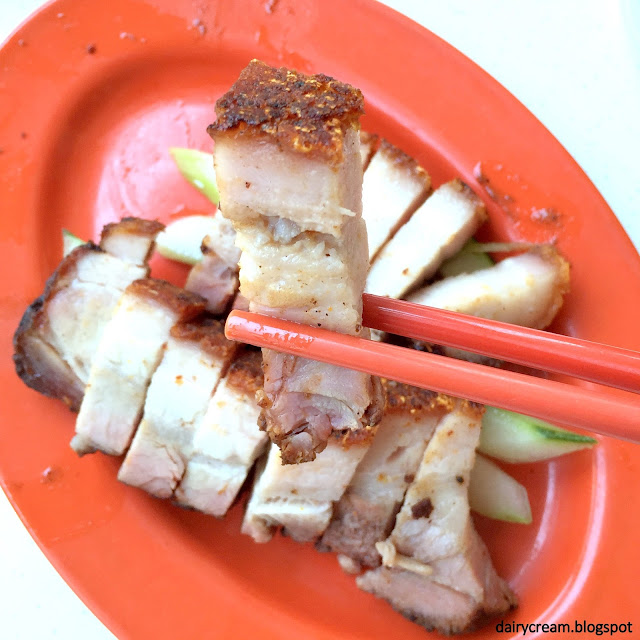 Another pride of this humble stall is the siew yok (roast pork belly). We had the smallest portion at $5 to share and it was crisp as expected, with even layerings of fat and meat that made these morsels so scrumptious. A bowl of rice would go well with them as the lean meat portion is quite salty. 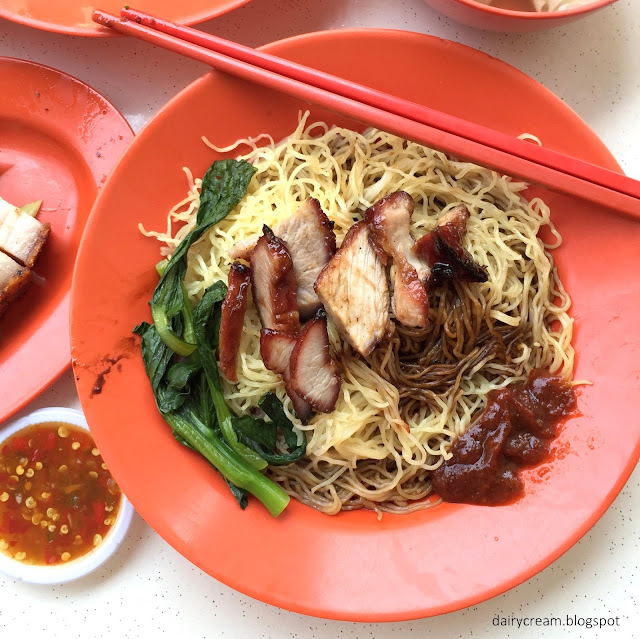 My friend preferred Eng's noodles over the noodles here but I would still pick these thinner strands here without the distraction of any self-service chilli sauce. Even though both of us were roasted under the hot temperatures during our weekend lunch visit here, we could not help smiling in satisfaction to have finally tried one of the tastiest wanton mee purveyors in town.