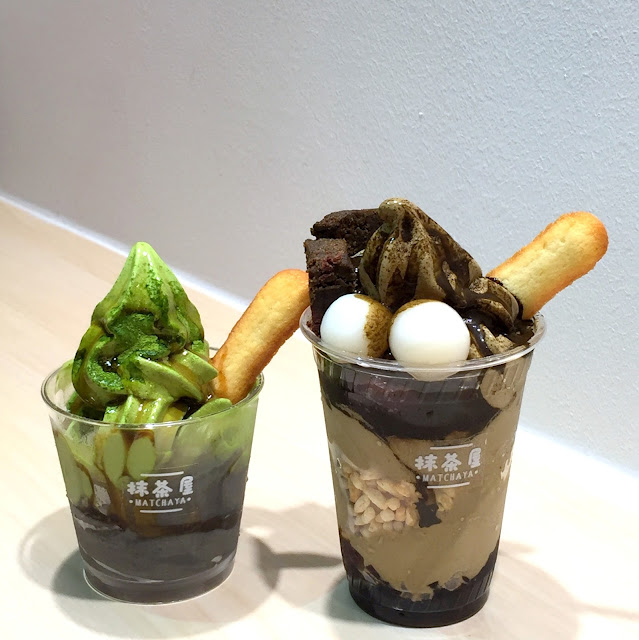 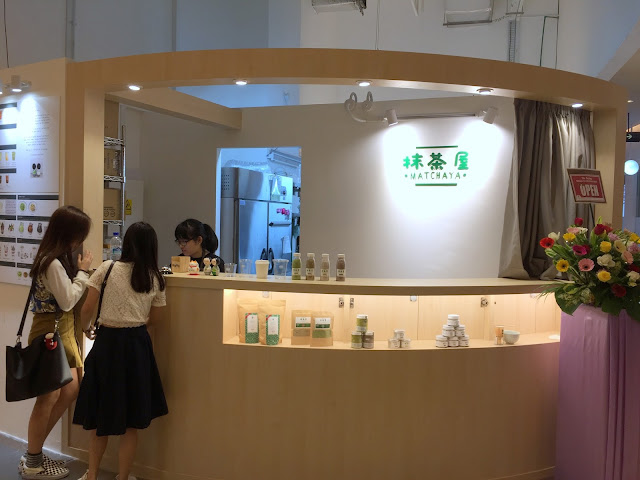 I used to lament at the shortage of authentic and quality Japanese dessert places in Singapore. Hoshino? Maccha House? Nana? Well, even though they originate from Japan, the standards belonged to the average cafe quality and nothing much outstanding.
But now, I can finally rest my worries as I have found the One and only--Matchaya, a humble tea house that specializes in desserts and beverages of various flavors besides matcha.  It plays around with houjicha (roasted green tea), goma (black sesame) and even Hokkaido milk.  After the successful opening of its first outlet in Tanjong Pagar, it has recently opened its second outlet (a sit-in cafe) at The Cathay, with an expanded dessert menu that include kakigoris, fondues and Warabi mochis. The concept is almost close to those established tea brands in Japan such as Fukujuen, Nakamura Toikichi, Gion Tsujiri, Morihan, etc.

These big boys use the tea from their tea farms to produce desserts of standards that sit above national average.  Land-scarce Singapore doesn't quite allow that to happen but the team at Matchaya works directly with tea farmers and sources the best ingredients from prefectures all over Japan to present the uniquely "Matchaya" tea dessert experience


It might sound like a whole truck of big words but I was instantly convinced after trying the desserts. Their signature soft serves were smooth yet refined, creamy but not buttery. I'm not sure if our local weather helps but I couldn't recall any soft serve in Japan which can match Matchaya's excellent texture. The Matcha soft serve struck a beautiful balance between sweet and bitter. This is actually highly tricky because being too bitter-rich can be dull and disconcerting but try toning it down could make it taste like white chocolate easily. Don’t get me wrong. I love those intense rich ones like Far East Bazaar but I don’t want every single matcha soft serve to taste like that. The black sesame was gratifyingly intense but could be better if it was less sweet.

While much has been raved about the matcha and black sesame, our unanimous favourite was the Houjicha which we had as a parfait from the Matchaya specialties ($10.90) exclusive to The Cathay outlet. The taste was exceptional. For those new to houjicha, it is virtually bitterless with a pleasant roasty, caramel-like flavor.  Somehow, there is an inexplicable depth to houjicha desserts just like kuromitsu and kinako that appeals to me strongly. The flavor in the parfait was enhanced with red bean, brownies, rice puffs and even some chewy tea jelly at the base. If you haven’t try one before, Matchaya is a good place to start with.
It was a delight to find Kakigori on the menu but there’s still some issues to be tweaked. The Hokkaido cream espuma was airy but the shaved ice was coarse and too icy.  The respective sauces (matcha, houjicha, black sesame) could perhaps be weaved into the espuma to fortify the profile of each kakigori. The price is considerably steep at $18.90 and thus the soft serves ($5.90 each/+$1 for mixed flavour) would be a more rational re-investment.
I heard that they are going to introduce other flavors such as genmaicha. But before that, I need to return to try their Kinako-Kuromitsu and Hokkaido Milk.

Best Japanese soft serve in Singapore? I can’t think of a better place than Matchaya. 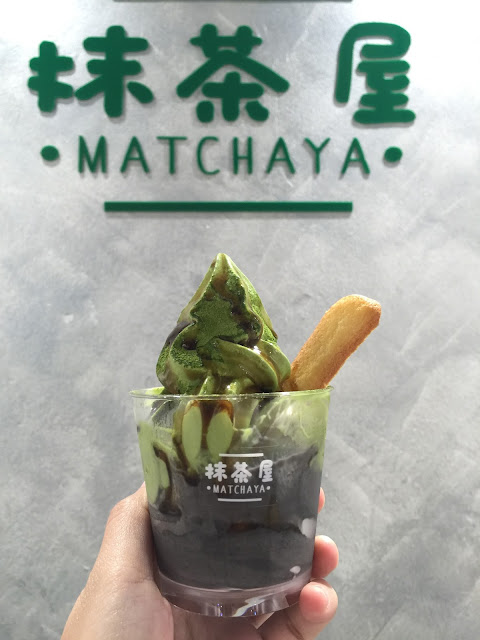 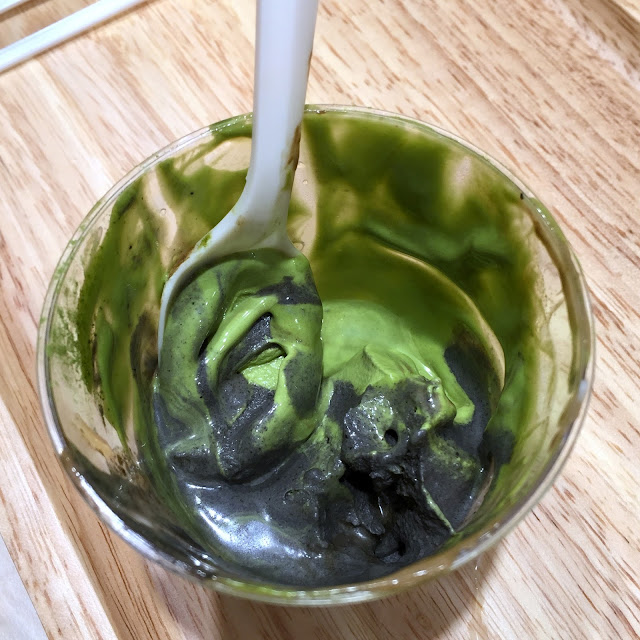 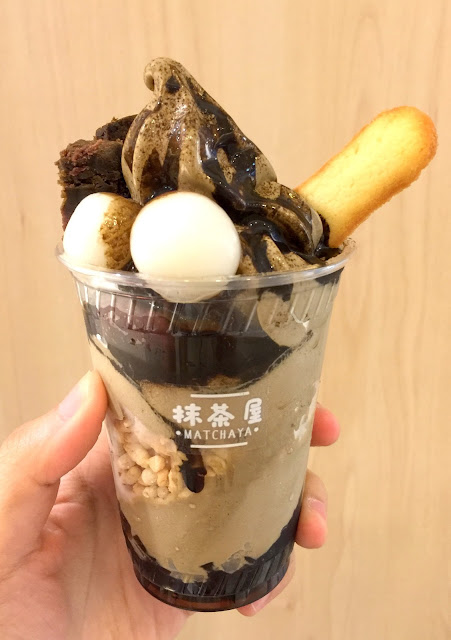 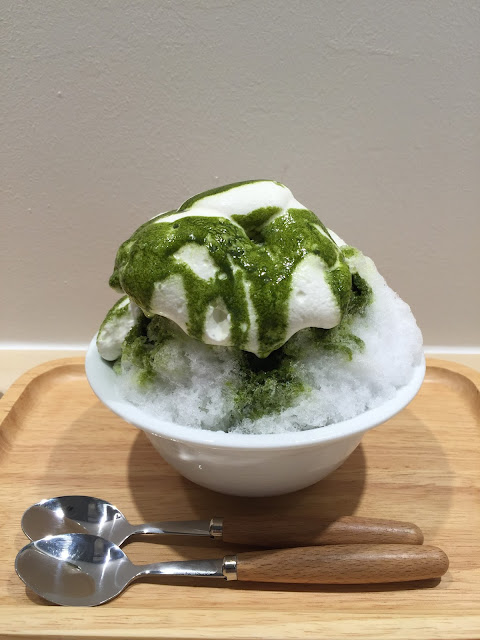 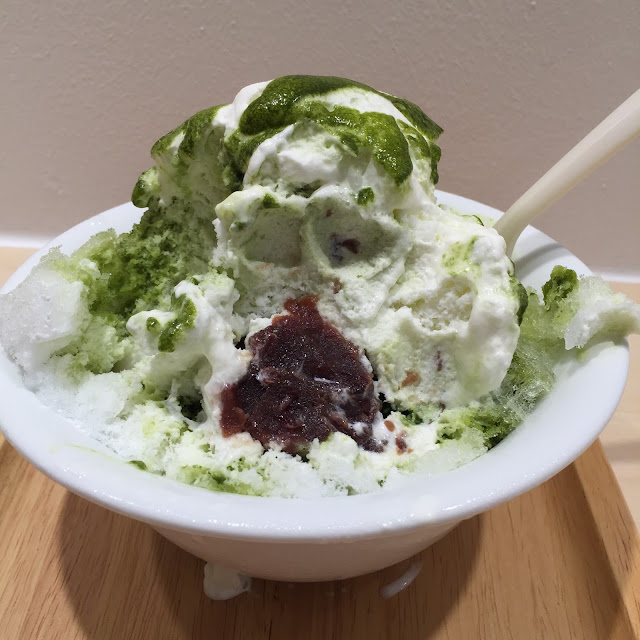 Posted by dairycream at 5:36 PM