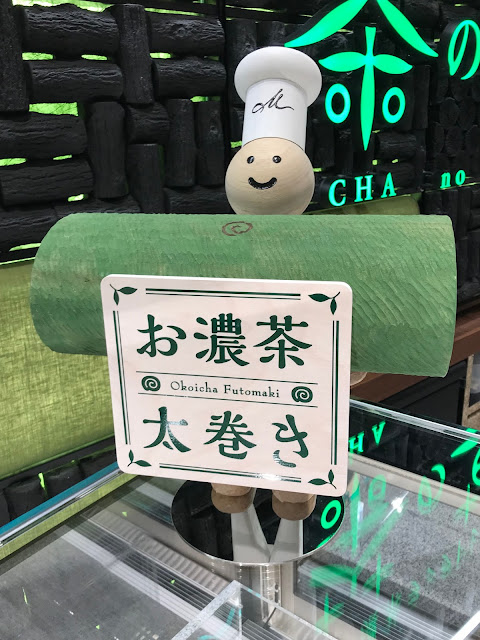 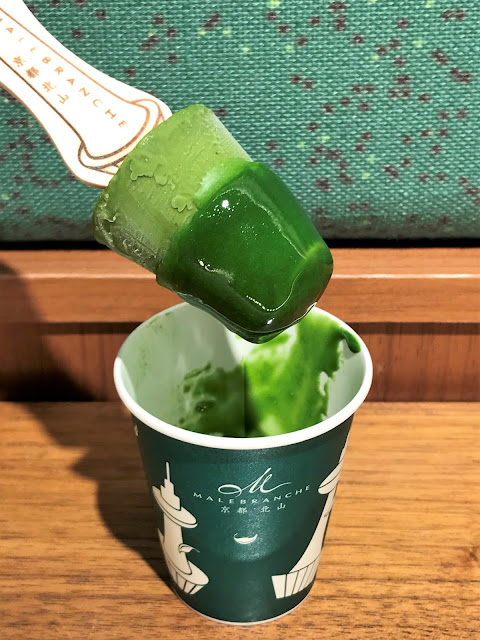 I've written about Malebranche of Kyoto a few times previously and to date, I still think of it as a befitting representation of modern Kyoto sweets (not Tsujiri). As with the ever-changing sweets market business, Malebranche has renewed its shop at Kyoto Station Porta and Kyoto Tower with new items that are exclusively available only at those two locations.

Repoened on 20 March 2018, the Kyoto Station Porta outlet has introduced a new matcha roll in two versions, Futomaki ("fat" large sharing size) and Hosomaki ("thin" individual portion) However, both rolls are vastly different in texture and taste composition. I had the Hosomaki (500 yen) which is a palm-sized okoicha sponge enrobed with okoicha sauce and white chocolate cream in the center. 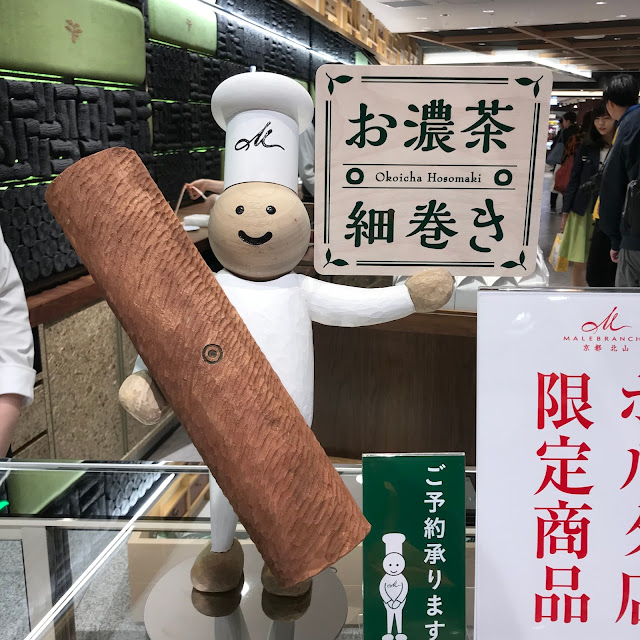 The sponge had an interesting mochi-mochi bite but I found the tea taste to be lacking and overpowered by the sweetness of the white chocolate roll. The Futomaki is probably a safer bet though you need to find someone to share such large roll.

I prefer the Nama-cha Ice Bar (250 Yen) from Kyoto Tower Outlet. You pay from a vending machine, hand the ticket to the staff to exchange for a matcha ice popsicle-like thing dipped in hot (no actually mine was not hot at all) rich matcha sauce. I found the sauce to be redundant as it did nothing to melt the pop and the ice bar itself was very rich and shiok. However, I read that they had a winter edition hot yuzu sauce which I felt should be permanently placed on the menu. 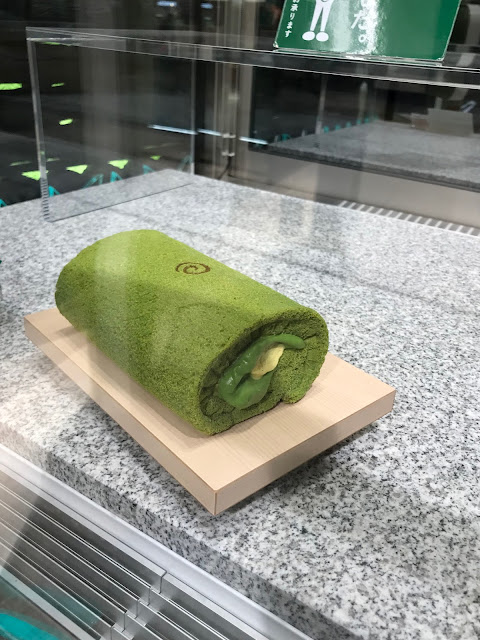 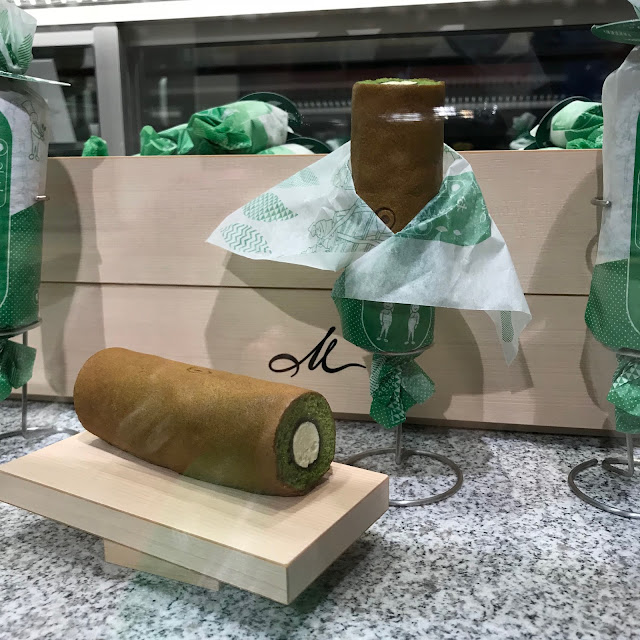 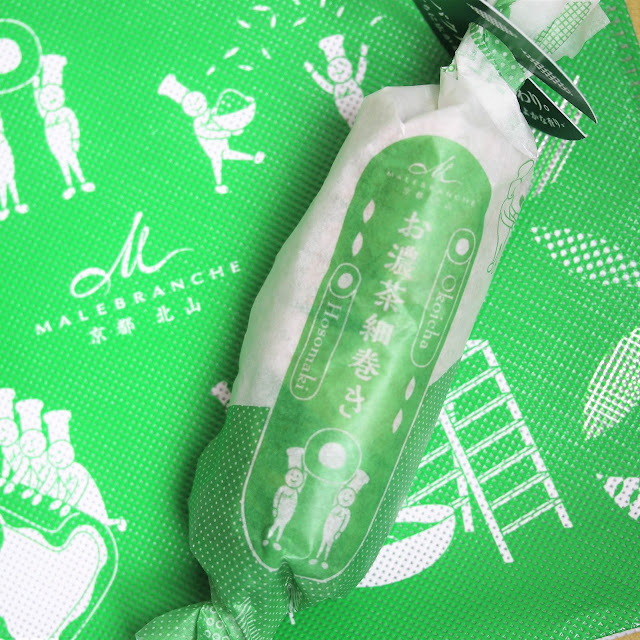 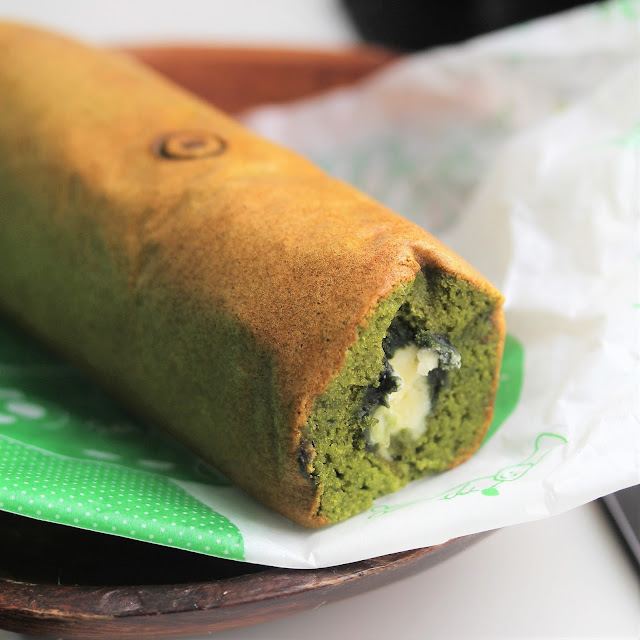