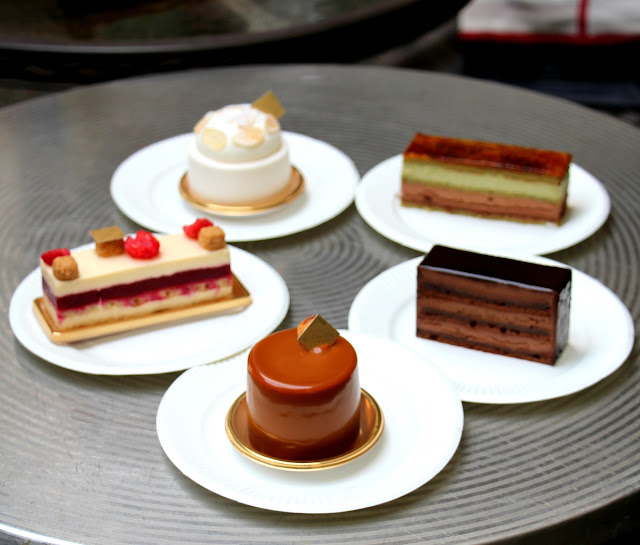 Hidden in the quaint neighbourhood of Kagurazaka is a boutique hotel named The Agnes and right next to it is a 2-storey wooden hut that houses a French patisserie that opened at the same time in 2008. It was headed by Chef Koji Ueshimo until 2015 June when Chef Koji left the shop to open his standalone patisserie Avranches Guesnay in the same year. In fact, 50% of the cakes at Le Coint Vert can be found in Avranches and I'm curious if there's any difference between the two places.

But back to Le Coin Vert, it is more suitable for takeaway though one can enjoy them at the outdoor terrace seats when the weather is good. 3 out of the 5 cakes left me with the deepest impression. Chocolate lovers, especially dark chocolate fans, would be exceptionally pleased with the ultra dark bitterness of Fortissimo. It's just layers of ganache and sponge, but more formidable than any chocolate cake of similar structure. The fleetingly light Fromage Cru offered a captivating savoury flavor of cheese and this, was gone in a twilight--the unspoken unanimous favourite of everyone.

The signature cake was Renald, which spoke easily to those who favour cakes with varying textures and of course caramel + chocolate. The cakes are reasonably priced but I think they could invent more original items rather than depending on the "old" cakes created by the previous chef. 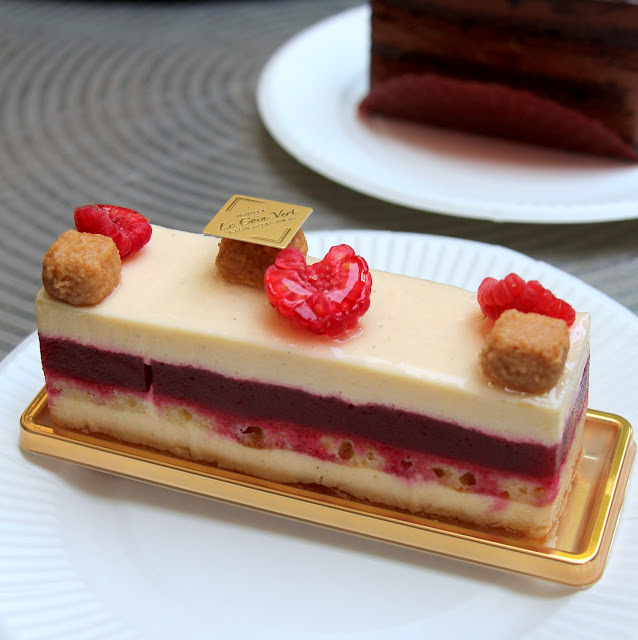 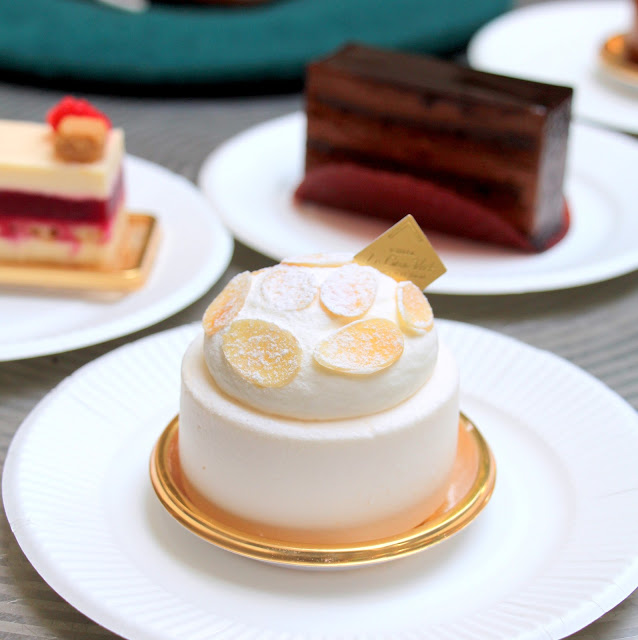 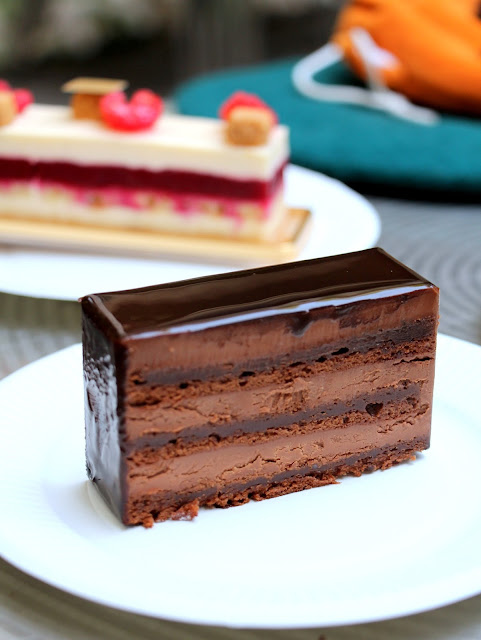 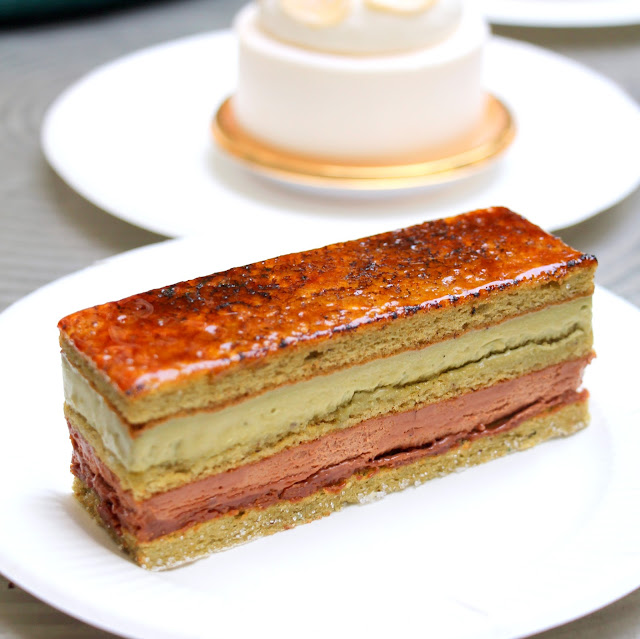 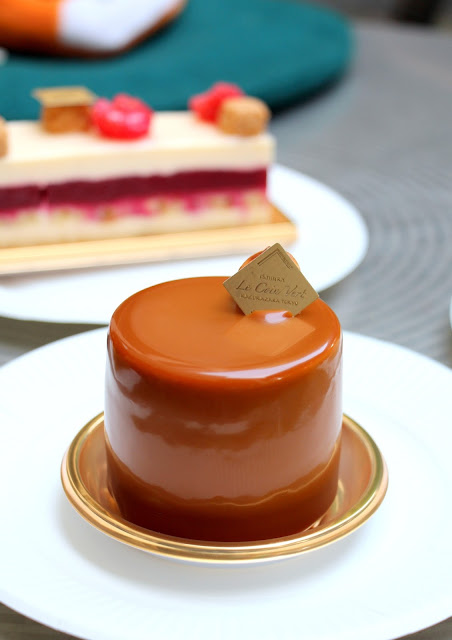