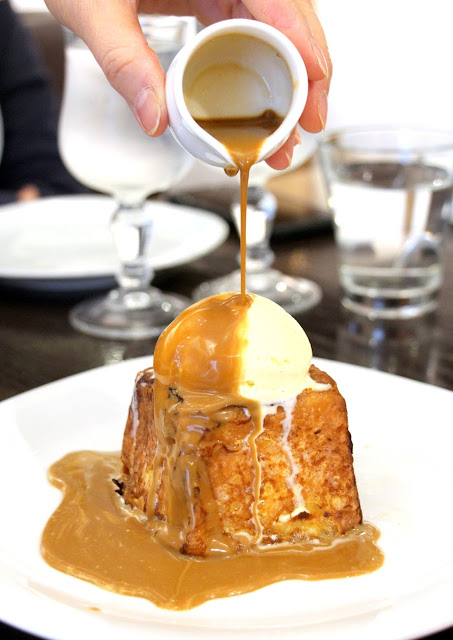 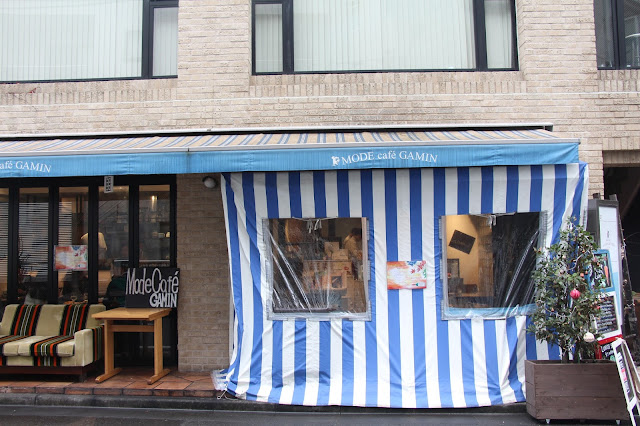 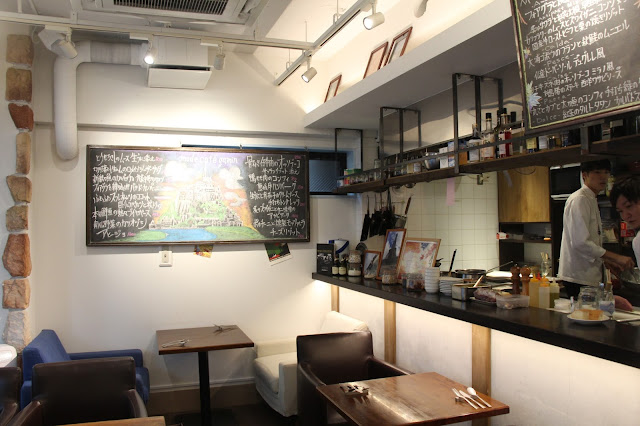 If you think an egg sandwich can never be more than just two pieces of bread sandwiched with fried/scrambled eggs, wait till you see and taste the Souffle sandwich at MODE Cafe Gamin, a casual French bistro-cafe opened by celebrity chef Takemasa Kinoshita He runs Au Gamin De Tokio, a highly popular French Teppanyaki and fine-dining restaurant that serves non-conventional French food like Foie Gras Eclair and Shirako Gratin. This isn't anything strange for "Gamin" means "prank, mischief" in French.

With so many acclaims under his belt, I decided to check out his MODE Cafe since prices are also much more affordable. One of the signature dishes here is the Fuwa-Fuwa Souffle Sando, a massive stack of wobbly Souffle omelette barely covered with the white toasts. All of us went "Wow" at the impressive size and this isn't a sandwich that you can eat with two hands.

Doused lavishly with cheese sauce, the Souffle omelette lived up to its name of "fuwa-fuwa" with its tender, delicate texture. The texture resembled an in-between of a Souffle cake and Chinese chye Poh omelette  but absence of any greasiness.

Unlike typical rich western style sauces, the cheese sauce here was probably mixed with dashi and thus the overall dish wasn't overwhelmingly heavy at all. Highly recommended to those like me who loves to suss out the yummy egg sandwiches in Tokyo,  though the bread could have been further toasted. This is a classic.

Our desserts that followed did not disappoint at all. In fact, I came here all because of the Custard French Toast Cube (¥800) . I've had all sorts of French Toasts but yet one that oozes cream like a cream puff. Prepared fresh in the open kitchen on a cast-iron pan, the toast was superbly aromatic with crispy sturdy edges. The bread was soft but yet not so overly soaked till wimpy. Drizzle over the caramel mocha sauce (choice of this or the milk cheese sauce) and there's the delicious plate of humble toast that created some brilliant bittersweet moments

On the other hand, the Burnt Butter Souffle Pancakes (¥800) were rather disappointing as there was barely any cream flow which contradicts the description of the menu. I wonder if they had changed the recipe because the pancake did not bear any resemblance to a Souffle. Maybe this is all a prank like the name of this place. Nonetheless the richer, nuttier fragrance of the burnt butter still made this pretty irresistible and enjoyable.

There's also a patisserie section inside the cafe and I have high hopes for the pastries as well since they have a in-house patissier. Cheeky, creative without compromising on flavors, I like to see if the chef and his team will be playing any more mischief with the food next time. 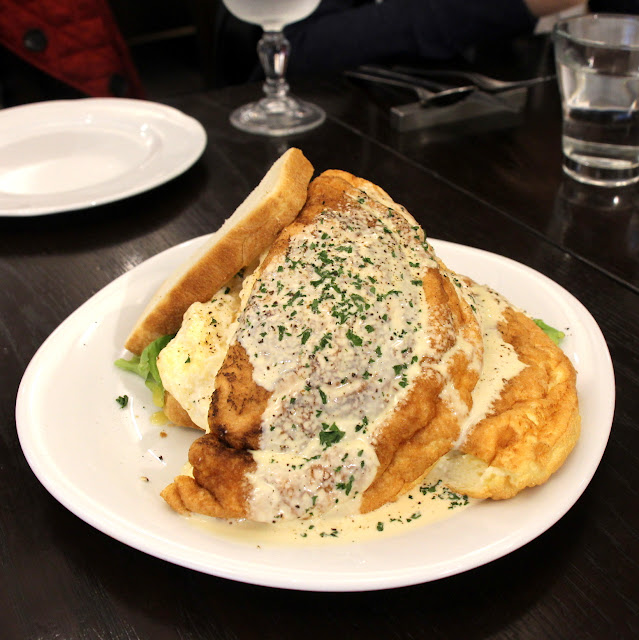 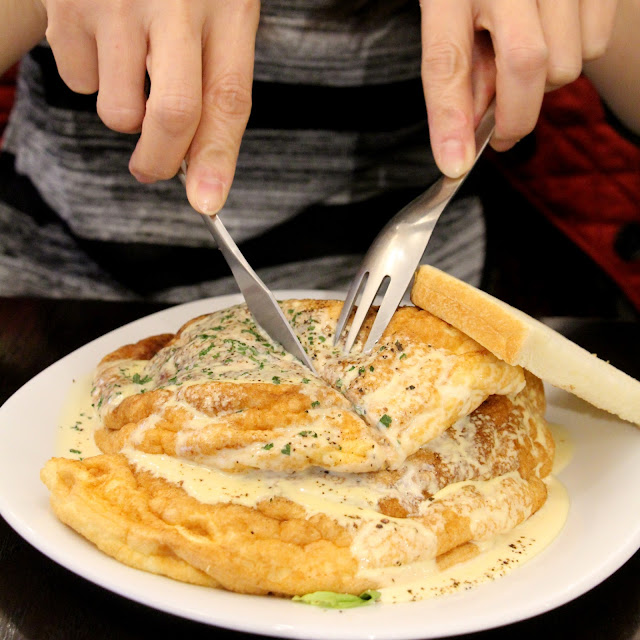 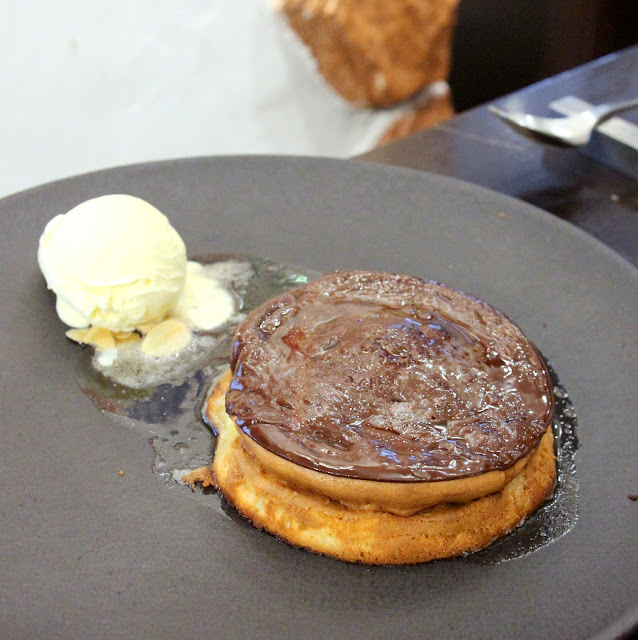 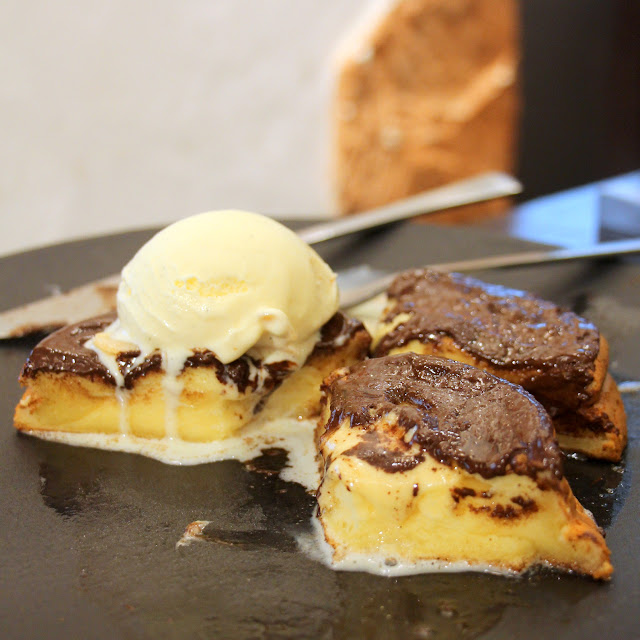 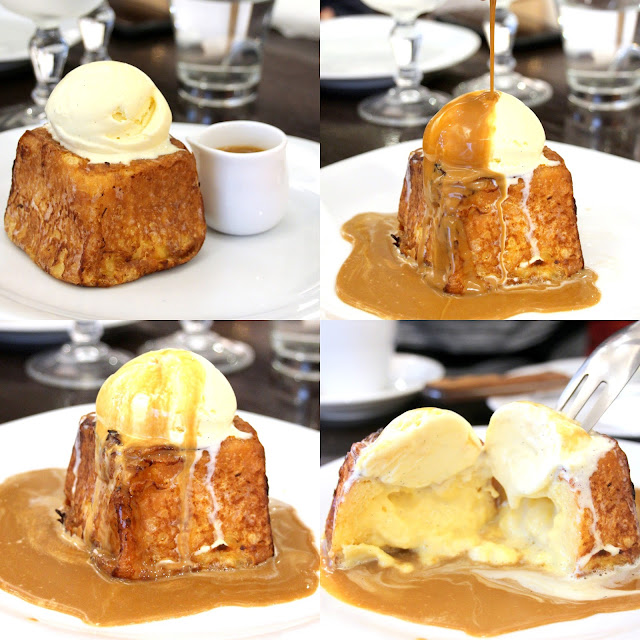 Posted by dairycream at 9:03 PM