Yuji Ajiki : Back for Seconds and Blown by Croissants 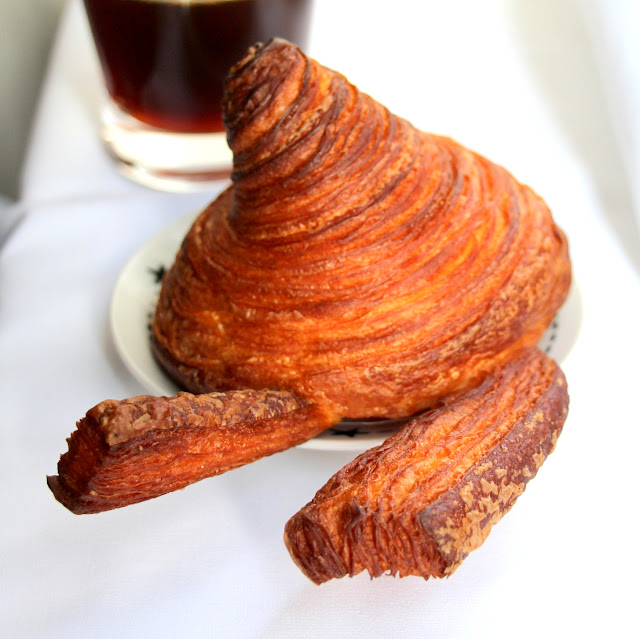 It's back to Yuji Ajiki to try out other items and I uncovered yet another gem here- the croissants. I can't say it's not the best croissant in Tokyo (because it's located outside Tokyo) but I can say it's the BEST CROISSANT in the Kanto Region. That's an even bigger disclaimer even though I've not scoured every single croissant in Kanto. 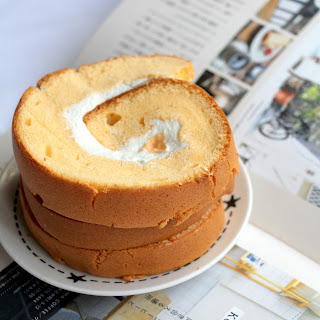 But who cares? I'm sure I'm not the only one who will rave about his croissants. The Croissant Yadokari (¥360) caught my attention for its jumbo size and quirky shape. Only ONE is produced each day and I was so happy to get it even though I didn't come for this. Neither did I know about its existence beforehand.

As the old saying goes, the early bird catches the worm. This is a big delicious "worm" that should be awarded 5 Michelin star. It's so sturdy yet light and crisp, shattering into pieces as you pry apart and pluck the tender bread. 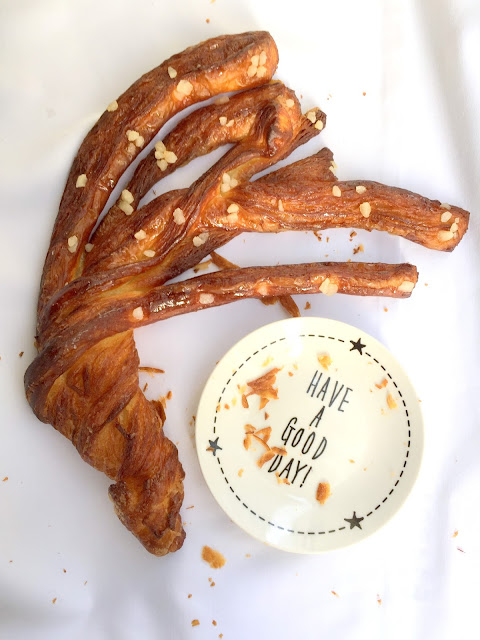 Meanwhile, the Croissant Geso (¥360) is another croissant tree monster in sugar glaze and Pearl sugar. If Yadokari is the crispy cro, this is the crunchy cro that meets the ideal standards of "zaku-zaku" with the golden baked effects from multiple foldings of dough. Don't bother about that Zaku Zaku in Harajuku. The world-class pastry is found here. Perhaps the next best one would be the Kouign Amman from A Tes Souhaits. 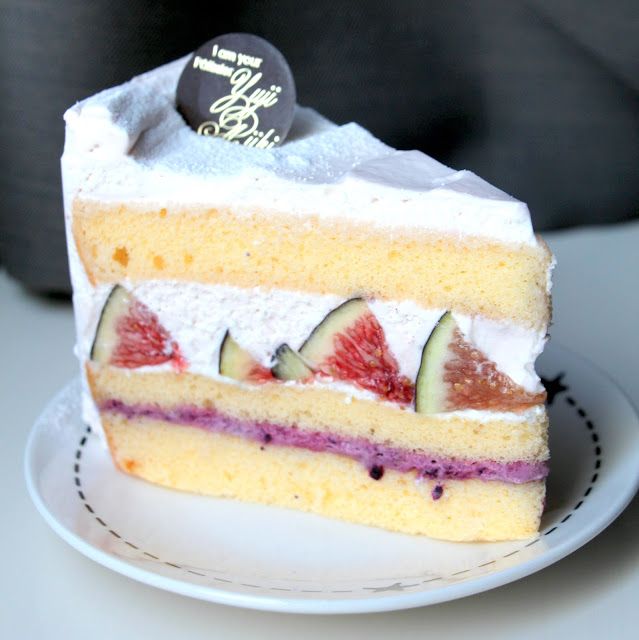 As for the cakes, they were totally different from what I had previously except for the Black Figs Shortcake, a seasonal twist to the strawberry shortcake. Just like before, the sponge was still as delicate and tender, matching impeccably to the fresh cream and fruity sweetness. 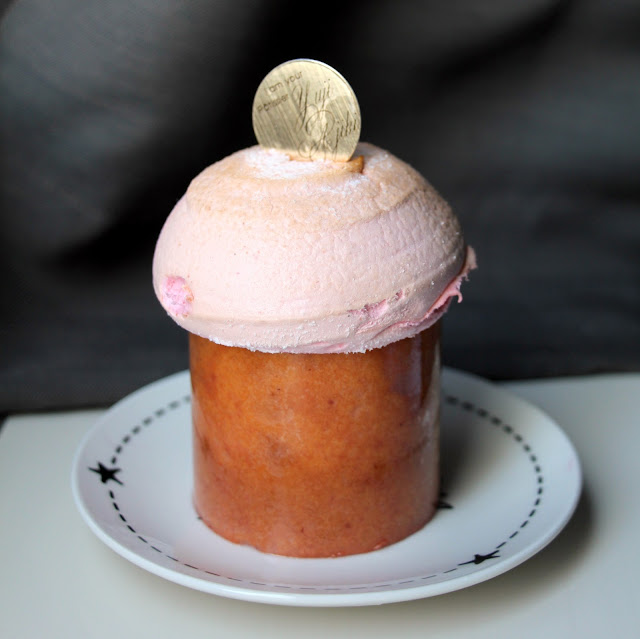 However, the mousse-based cakes like Buochon de Champagne or the Anabana did not impress as much as those I've had previously. Perhaps one reason is that it lacked the Creme beurre component which positioned them at the same levels as the mousse cakes from other patisseries. 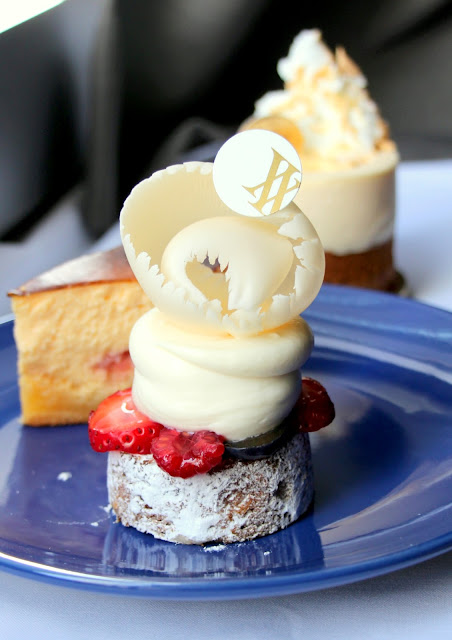 Printemps looked like a cold, icy princess but it isn't too difficult to understand her. On the almond tart base was a nice swirl of rare cheese mousse with three berries compote in the center, completed with curvy white chocolate shell. Sweet, sour and mildly cheesy, 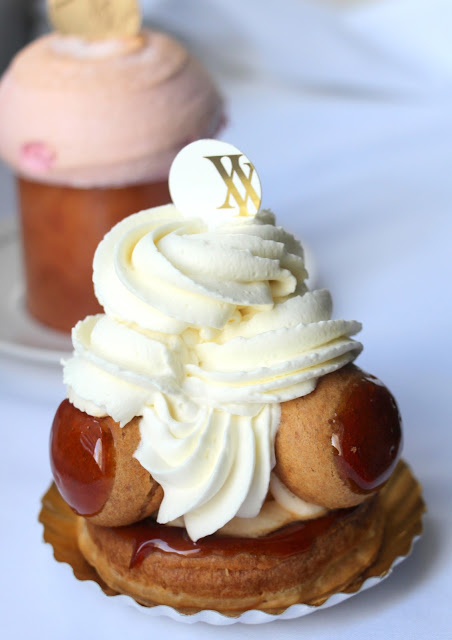 Nonetheless, the classics such St Honore still shone as one of the best I've ever had. The tart shell is unbeatably crisp and butter, holding up a billow of Tonka vanilla beans-spiked fresh cream and an unctuously creamy core of vanilla beurre.

That are some desserts that borders on too good to be true and this is one of them. I was totally dazzled and bespectacled by such a humble yet grand creation that I kept asking in my heart, "How could there be such a perfect pastry on Earth?"

Yes, probably only here at YA 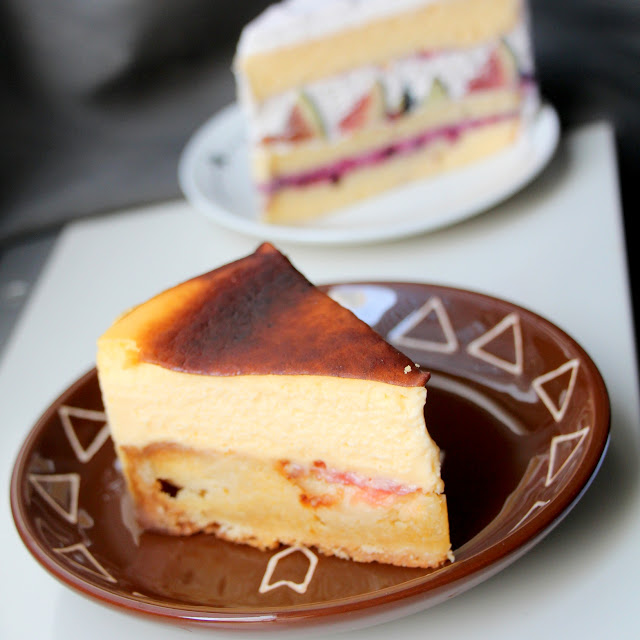 Since I had a fantastic baked cheese tart at his disciple's shop, I couldn't leave without trying the master's version. Perhaps the addition of seasonal fruits made this a little sweeter but other than that, I couldn't tell much difference.

Ok...my world has been shaken by the croissant. If you are one who always flock to Gontran Cherrier every single time you visit Tokyo, it's time for a change my friend.

This will change your life.

Click here for previous visit and details of the shop.
Posted by dairycream at 11:00 PM