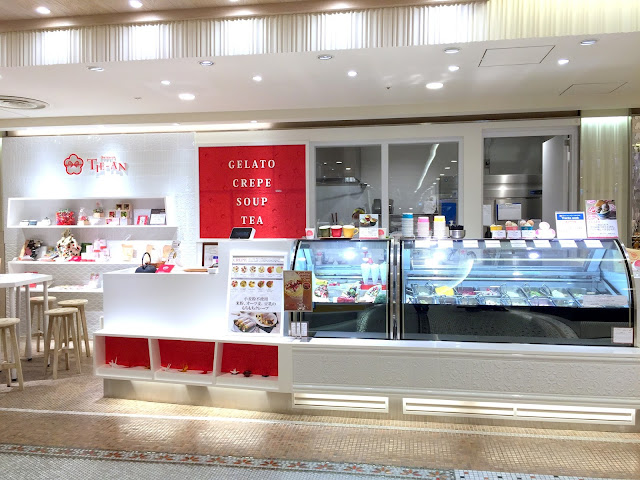 Looking for another Japanese gelateria shop after Ouca? Tie-an is the place to go. Located in the basement of Shibuya Hikarie, Tie-an is gelataria selling ice cream flavors that are inspired by Japanese ingredients and traditional Japanese desserts. Think strawberry Daifuku, Mitarashi dango, condensed milk Ichigo, Edamame Raspberry White Chocolate served in a cup with a rice cracker biscuit from SENBEI BROTHERS. 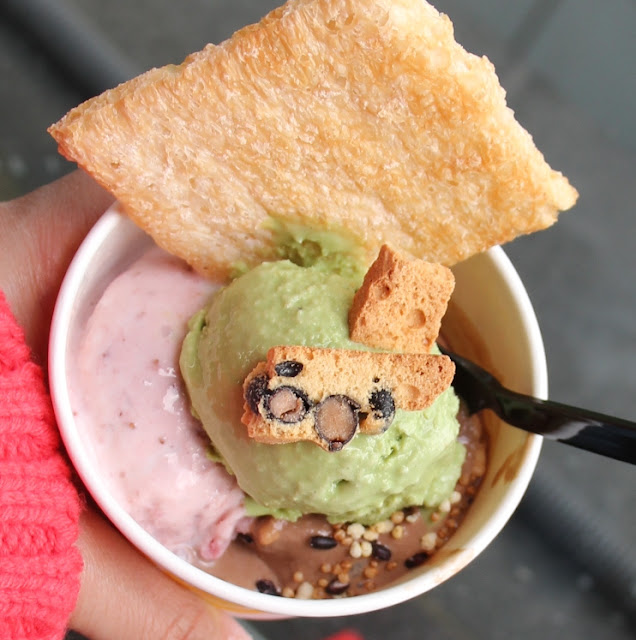 Opened just recently in September 2016, this place also serves soups as well as savoury and sweet crepes. The ice cream is served in a cup and sold at a minimum of 2 flavors (441 yen) I decided to go with 3 flavors (540 yen) since there's too many delicious flavors that I want after a few samplings.

The five-grain chocolate was smooth and bitter with a toasty aroma from the grains. The other two were Matcha Biscotti and Strawberry Condensed Milk, which were not too bad but I still prefer the gelatos from Far East Bazaar. 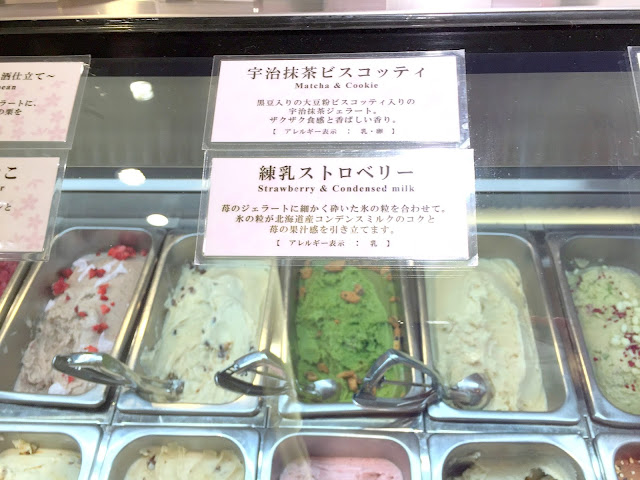 The use of healthier ingredients like soy milk and cane sugar might explain why it melts faster than average. It wasn't too sweet but I wished the scoops were as big as those shown on their official website.