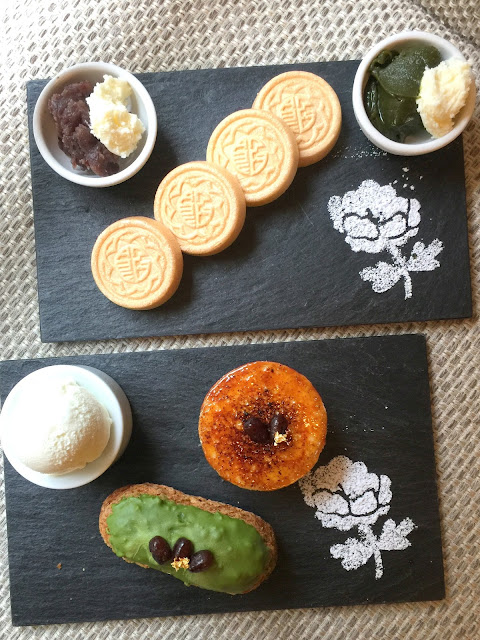 Do you like anko (bean paste) that is commonly found in traditional Japanese sweets?

Most people I know do not because it tends to be too sweet and cloying. However, I think A-non will most likely change how we look at anko. Opened in Gion early this year, Anon serves Okashi that revolves around the theme of "An" but in a non-traditionalist way. At least it did change my perspective of "an" because I realized how versatile it could be used in desserts. I found myself liking bean paste even more after my visit. 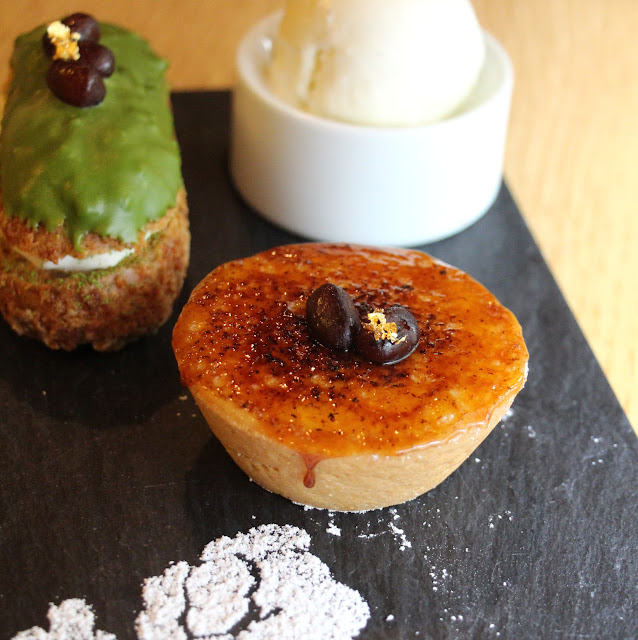 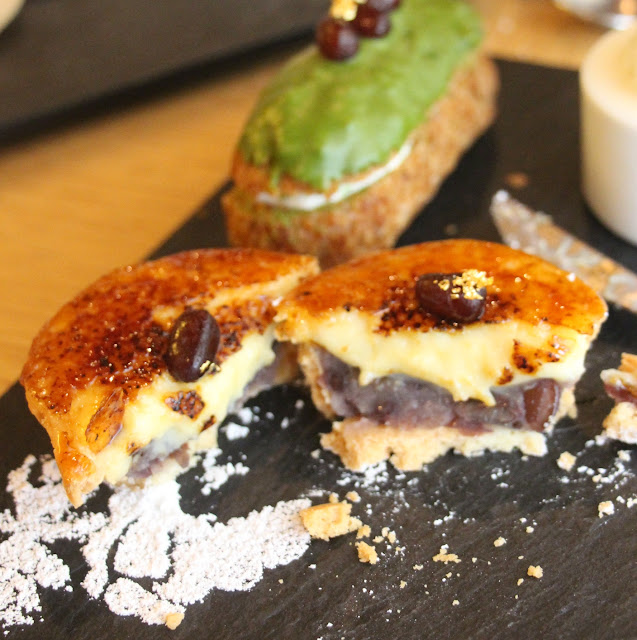 For instance, the An Tart was caramelized custard tart with bean paste at the base. It was like a Creme Brûlée tart but the bean paste itself wasn't outrageously sweet and the sharp bitterness from the caramel bite off any excess richness. Not to forget the excellent tart shell that produced such a brilliant crunch sound which sent me to ecstasy. Seriously, how can a Wagashi shop produce such a genius angmoh-pastry? 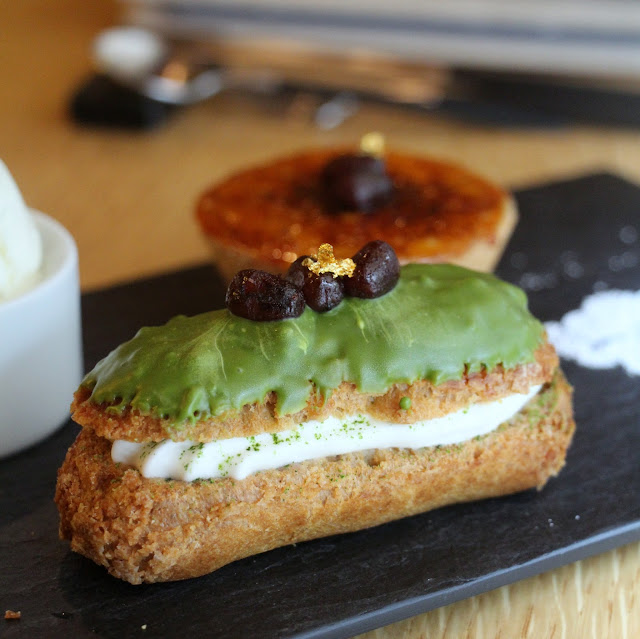 The tart was definitely tastier than the Matcha Eclair which I thought needed more matcha components instead of just the bare coating of matcha chocolate. 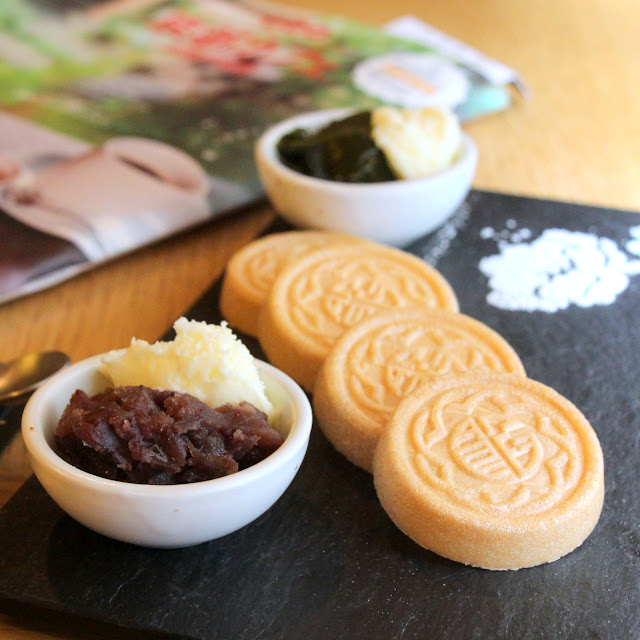 The signature An-Pone was an uncommon pairing of red bean and mascarpone cheese which one has to assemble using the delicate Monaka shells made of Shiga rice flour.  I managed to try the seasonal matcha an-paste as well which was so yummy that I scraped the plate clean. Red bean monaka is actually a very common type of wagashi but it isn't as well know to foreigners compared to dorayaki or dangos. Many department stores do sell them but one can also get the omiyage version at Anon. The monaka shells are beautifully packed in a box with either original, lemon or matcha an-paste. 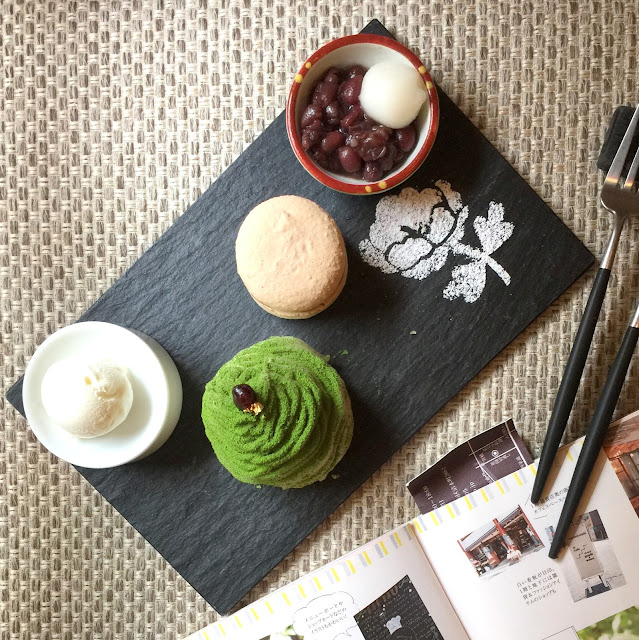 The weakest link that day was the "Matcha" Mont Blanc that was desperate for a green veil because it was too naked white and boringly sweet. But I didn't give up or should I say, I needed something as a remedy to the unsatisfactory Mont Blanc and thus I decided to stake my bets on the An Macaron, macaron shells sandwiched with an paste. Macaron with anko? Wouldn't that be double or triple times the sweetness?

On the contrary, the answer is no. I was amazed that the macaron was actually less sweeter than the Mont Blanc. Or maybe this was because I chose the safest option of Salted Caramel out of the 5 options. It turned out to be wonderfully tasty. Instead of ganache or buttercream, the crisp macaron shells are sandwiched with bean paste, which has been blessed by the magical touch of salt. 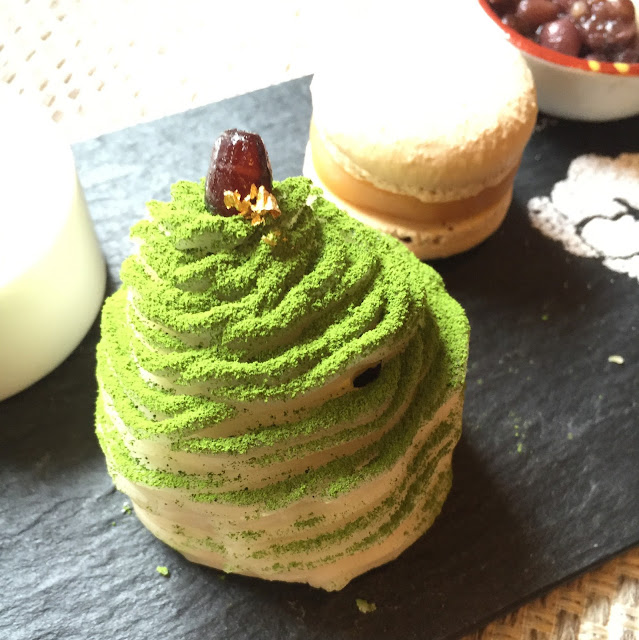 Looking at the number of items I've had in a single visit, I was surprised that I didn't crave for savoury food or get sick of sweet stuff or bean paste after that as that will happen usually if I have a lot of pastries or chocolates in a single seating. And for ¥300 per item, the pricing is very, very reasonable and I couldn't see why I won't return again if they have new items.

I'll keep a look out to see if they do sell a jar of salted caramel an paste one day. 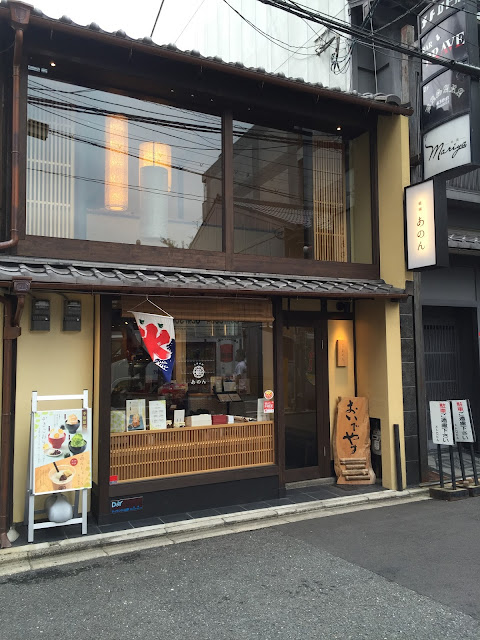