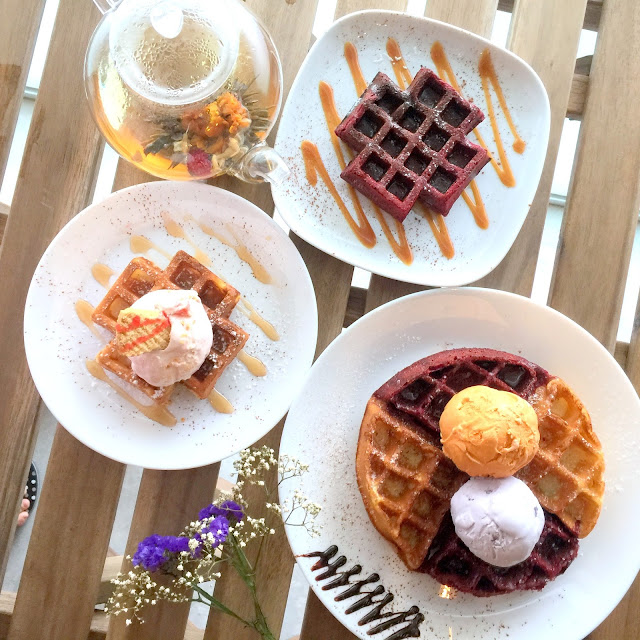 Located a short walk away from Soi 19 Wanton Mee is a newly opened cafe by a group of 4 young friends who decided to give up their corporate jobs to pursue their dreams in the F&B industry. The concept is pretty much similar to most ice cream-waffles shop in Singapore except that there is an additional corner for live music. The ice creams are churned from an offsite kitchen factory based on their own recipes and there are more than 10 flavors including cotton candy, tiramisu and premium Mao Shan Wang Durian. 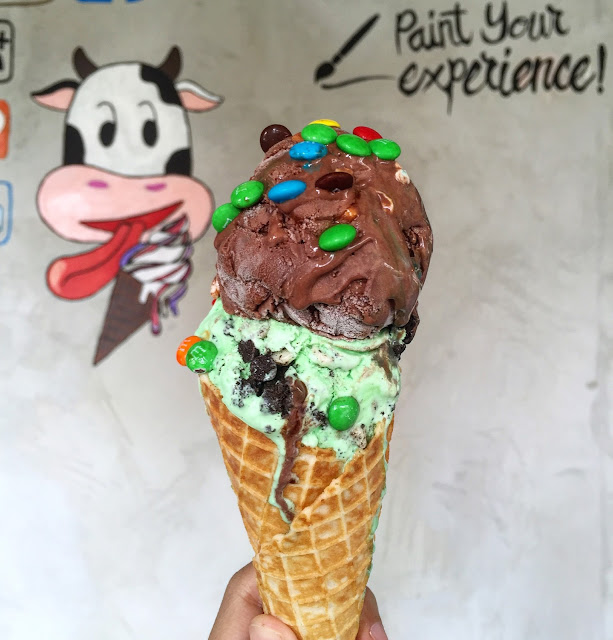 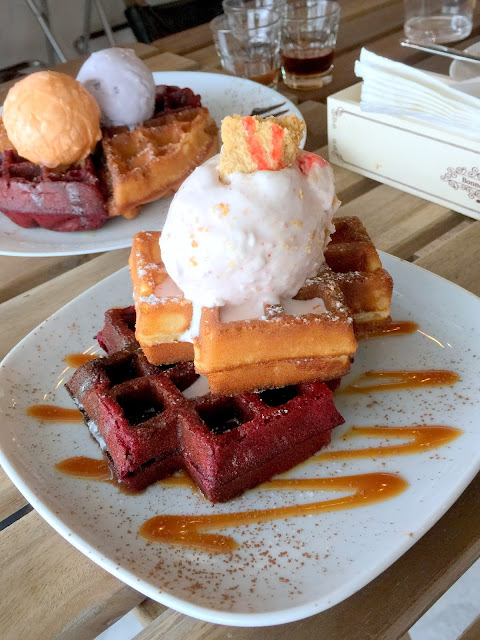 Of the two types of waffles, I prefer the Liege Waffles because of its crispy sturdy structure that held up well against the ice cream. But it didn't behave like how a Liege waffles should be; slightly chewy, buttery with a thin glistening coating due to the caramelization effect of the pearl sugar.

Don't get me wrong, they were tasty but just that I naturally expected some differences between this Liege and Belgium waffles if both were written on the menu. Otherwise, calling them "waffles" would suffice if they were intended to have the exact same crispy exterior and feathery light innards. On the other hand, the Belgian waffles were slightly wet on the inside. The ice creams did not disappoint as they were smooth velvety without being too sweet. Our favourites include the Sea salt caramel & almond and Thai Milk Tea. 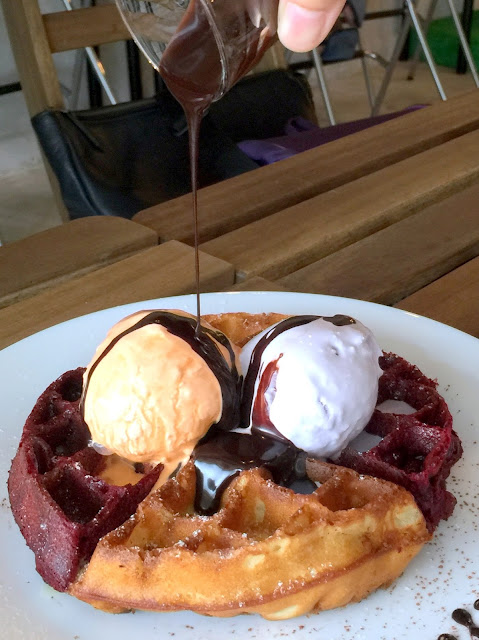 With the intense competition in the local cafe scenes in Singapore, I think Madcow can attract a wider crowd if it can neat out existing issues with and find something which makes it stand out from other ice cream cafes. At least for now, I know where I can head to for some quick ice cream-waffles fix. 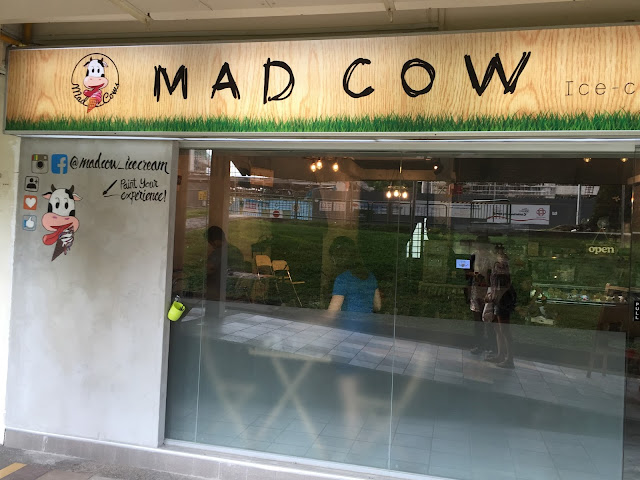