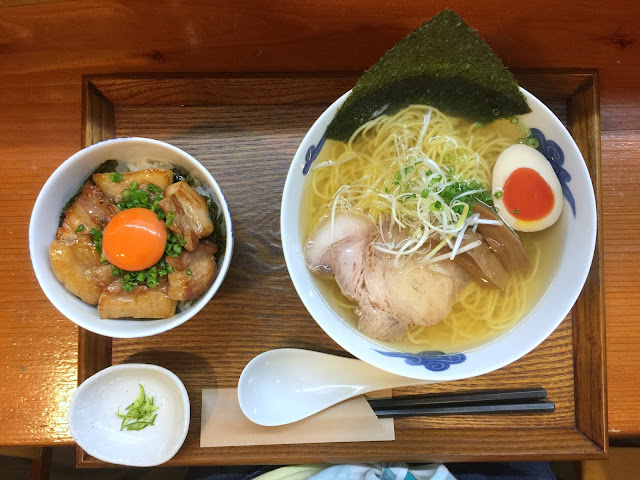 If hawker food in Singapore is one of the cheapest Michelin star, then ramen will be the Japanese version of cheap Michelin star gourmet food

With over 100 Michelin-starred restaurants in Kyoto, ramen seems to be the poor man's gourmet compared to kaiseki or any innovative French or Italian cuisines. After all, Kyoto isn't as well known for ramen compared to Hokkaido or Kyushu. However, in the most recent Michelin Guide released for Japan last year, there were 3 ramen-ya that were awarded Bib Gourmand in Kyoto.

One of them was Inoichi but it isn't the ramen shop with the highest ranking on Tabelog, a review site more commonly used by the locals. In fact, I wasn't attracted to the ramen when I saw the pictures posted online because it looked pale and plain. How can anything like this ever be tasty? 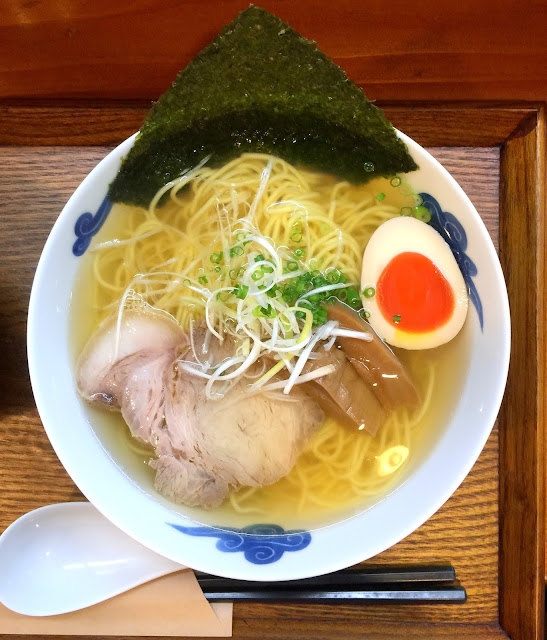 I was wrong. Depth and clarity coexisted in the broth of their signature bowl, Shina Soba (¥800). It was so clear that you could see through to the thin, springy noodles below. But the taste wasn't flat but full of umami, thanks to the clever use of bonito and kelp to build the foundation of the dashi.

There's a choice of white or black shoyu for the broth and I instantly opted for the white shoyu. Unlike the ramen that I've had previously, the soup had a very clean taste of sweetness that could possibly be explained by the fact that no fats/oil from any four-legged animal or artificial flavoring or MSG was used. I slurped the soup in delight and true enough, I didn't feel thirsty at all nor suffer from any MSG attack. 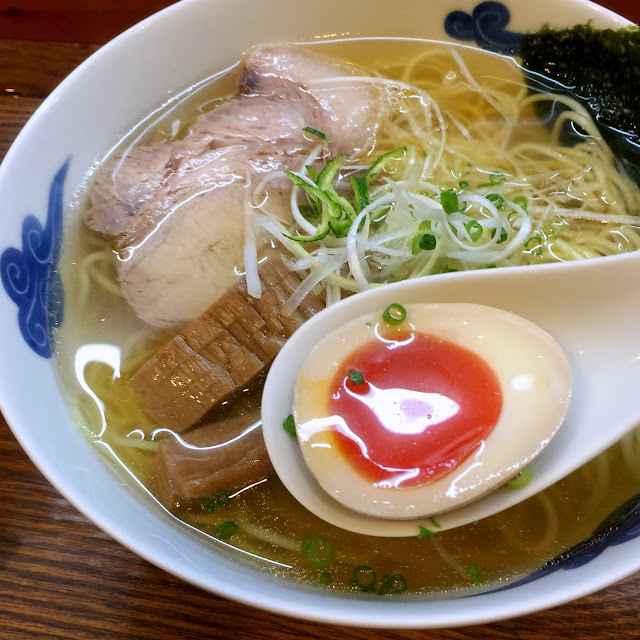 Although some oil globules could still be seen floating on the soup, I suspect those could be coming from the slice of charsiu, which was so soft and tender. Even the choice of pork was well taken care of. Inoichi uses 京の都もち豚, (Kyo no Miyako mochi Buta) a premium local brand of pigs that is known for its fine meat quality and even fats. 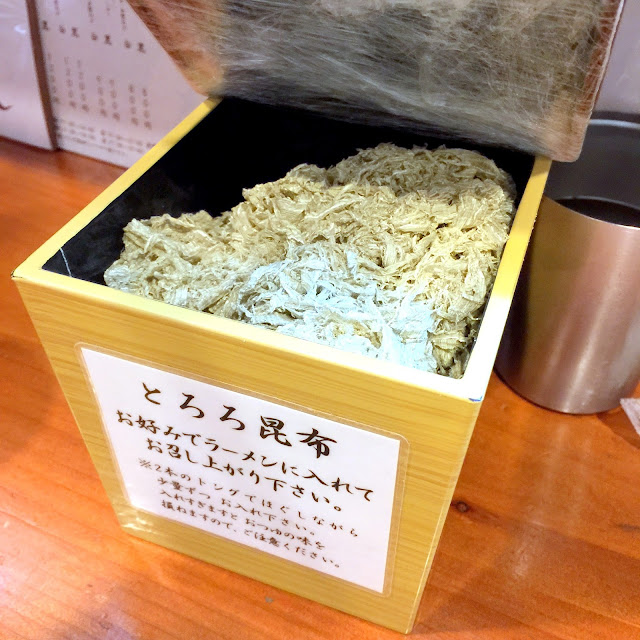 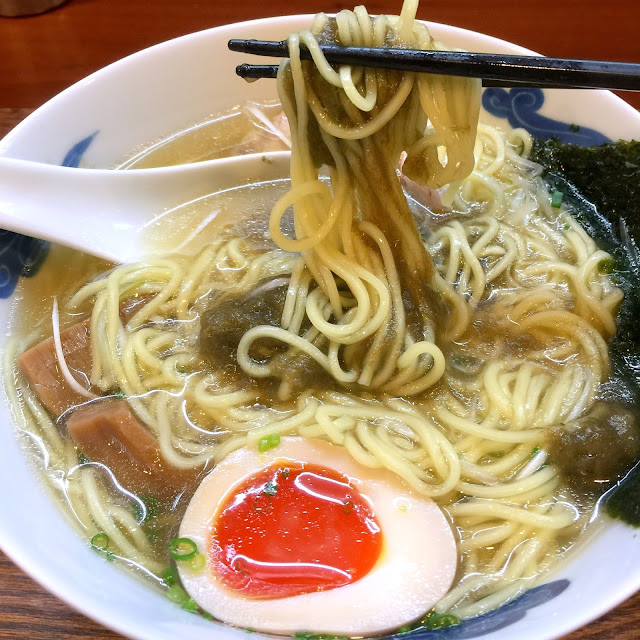 It is served with finely-sliced yuzu peels in a small dish that diners can add according to their preference. What made this ramen place more special than others is the condiments.

There's free flow Tororo Konbu, a kind of seaweed that turns soft and slimy once in contact with liquid. Usually eaten with hot rice, it's actually my favourite stuff but I'm surprised that it paired so well with ramen and enhanced the umami of the broth. Not to be missed is the 黒七味 and 一味, spices that added mild heat to the ramen. 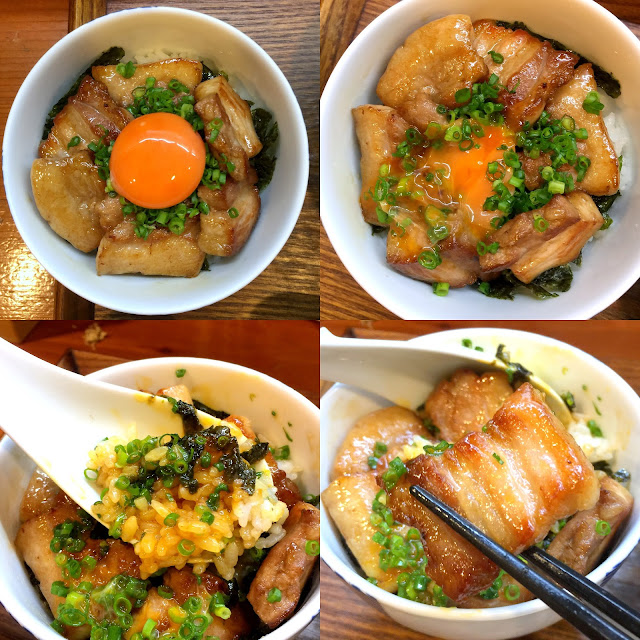 Besides the ramen, I decided to go for one of the dons as it looked to good to be missed. The Charsiu Don (¥500/+¥100 for akadama) came with generous slices of grilled pork belly but I found them too chewy and the lean meat was scarce. But the rice, the subtly sweet meat sauce and the yolk melded so beautifully together that I finished all. 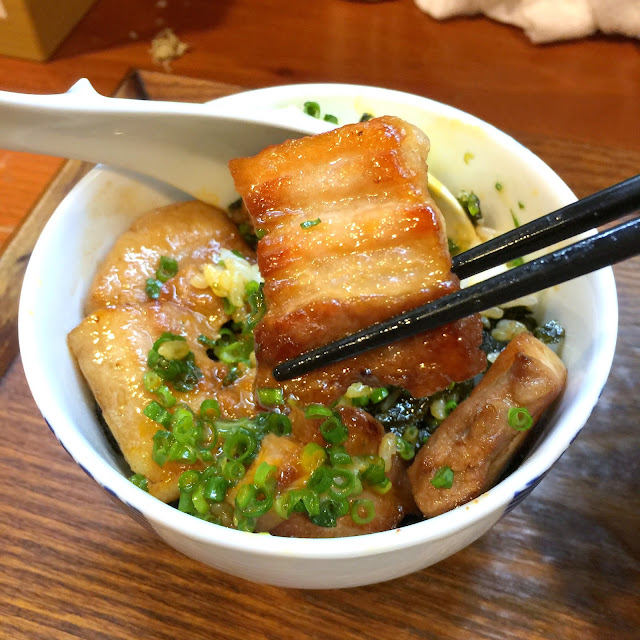 Now as I reflect my meal, I must have lost my mind to order another bowl of carbs. Anyway, the queue isn't that bad if you avoid the late hours. I arrived at 6.30pm but waited only for 20minutes on a weekday. By the time I left, the queue got longer but it doesn't look like it will drag to 3 hours. This isn't any dingy, hole-in-the-wall ramen-ya and the staff were very friendly.