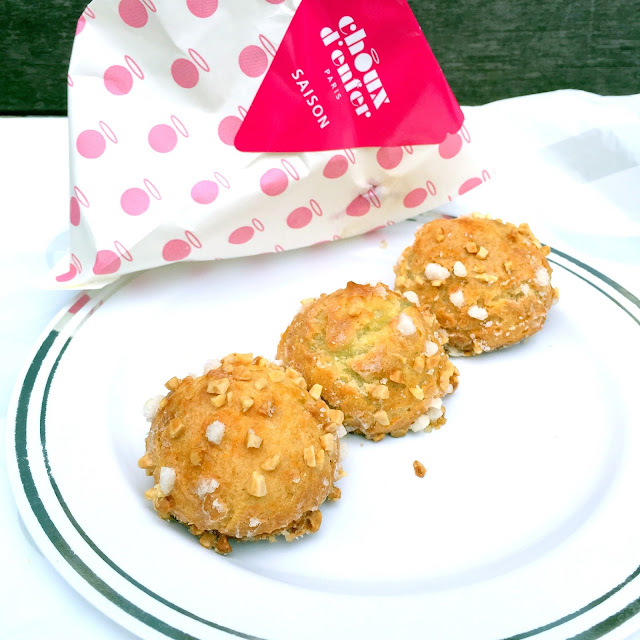 Change is accelerating everywhere in Tokyo and one big major change in Shinjuku is the completion of NEWoMAN, a new commercial building that includes several F&B booths, book store, Zakka shop within the extended wing of JR Shinjuku station. 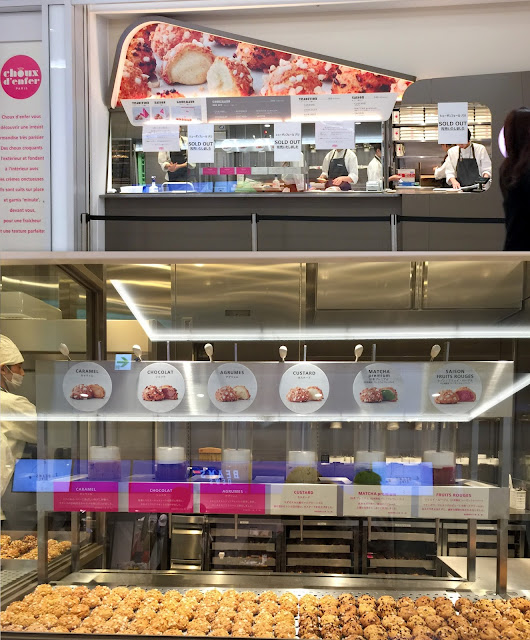 One of the shops that I've been yearning to check out was Chou d' Enfer, a brainchild of Paris top chefs Alan Ducasse and Christopher Michalok which has gained thumbs up from the Paris foodies. 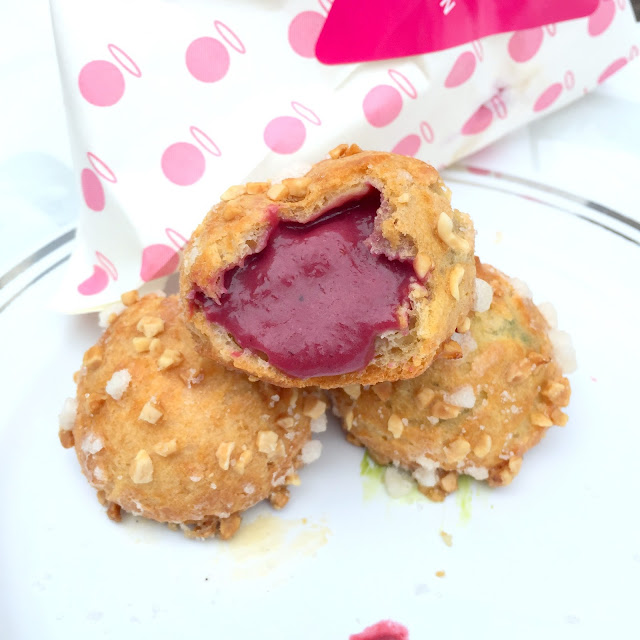 But I was rather disenchanted when I found out that these little punies cost a hefty at a size smaller than my palm. Instead of getting a standard box of 6 different flavor, I opted for SAISON, a bag of 3 flavors that included the seasonal and Japan-only flavor of Fruit Rouges. 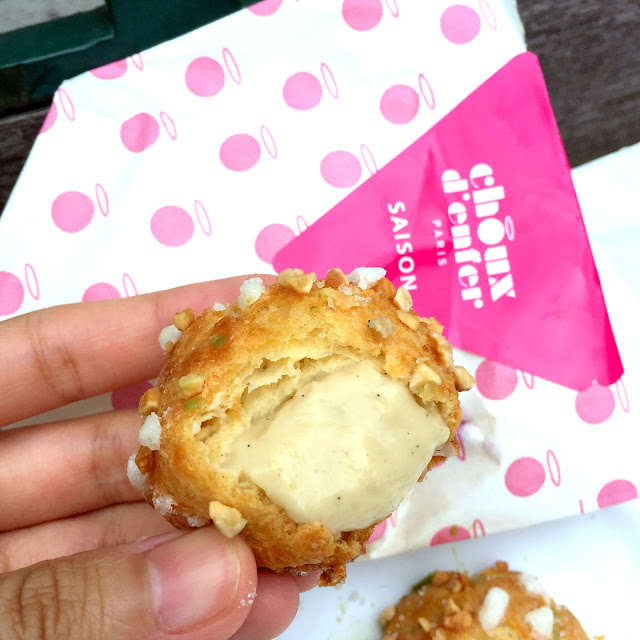 The pearl-sugar crusted choux tasted so pedestrian that I wondered if it is the media that is playing up the hype. The Custard, which is a benchmark flavor to measure a cream puff, had a stale awry taste that wasn't pleasant at all. It was slightly masked in the Matcha version but the latter did not impress either. Three pops into the mouth and everything were gone .

It is not difficult to replicate this from home kitchens and there are plenty, really PLENTY of other cream puff options that are better and more value for money that this. Even those from convenience stores tastes better. 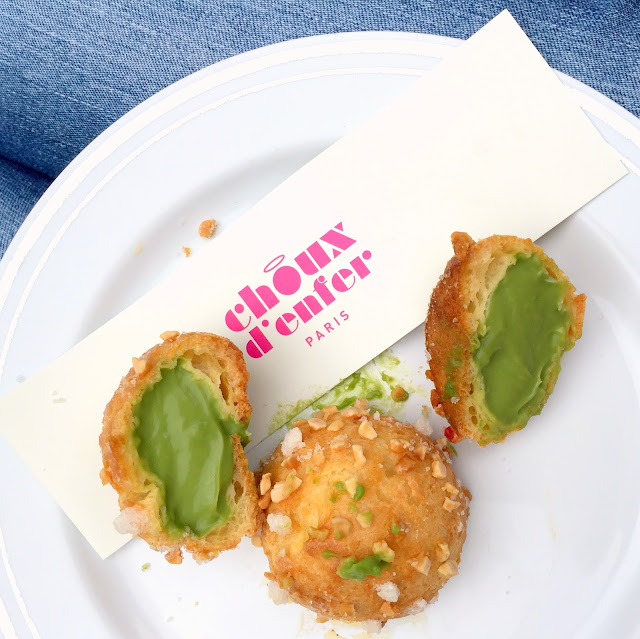 I was glad that I didn't have to queue like the rest since I happened to walk past in the morning (Yes, believe it or not, there is a queue and apparently all the chouquettes sell out early) And most importantly, I was relief that I had not invested in the box of 6.