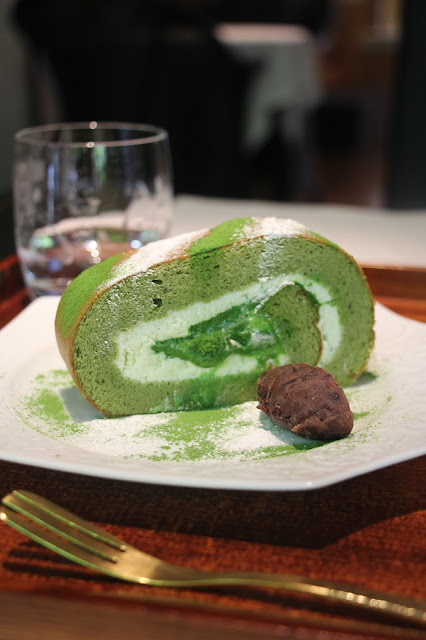 It's not a new cafe.

Marukyu Koyamaen has been around since 1964 and it began as a tea producer in Uji City. Recently I noticed that it had shot to fame on social media with its iconic matcha roll cake and decided to check out if it lived up to the hype. 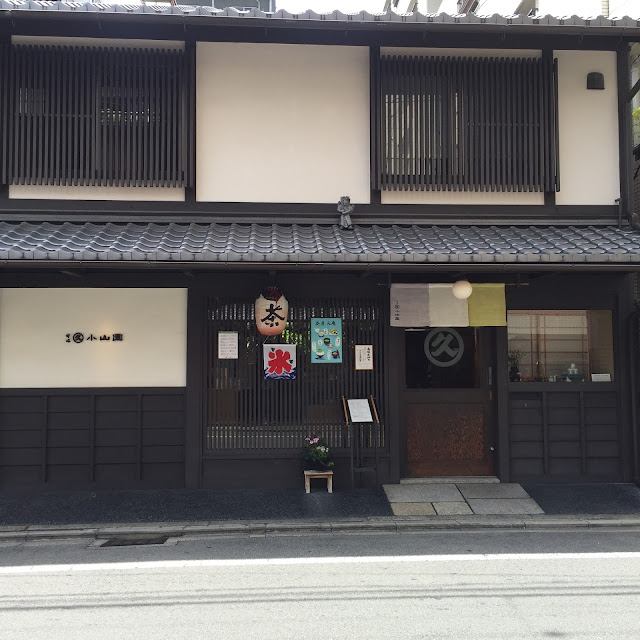 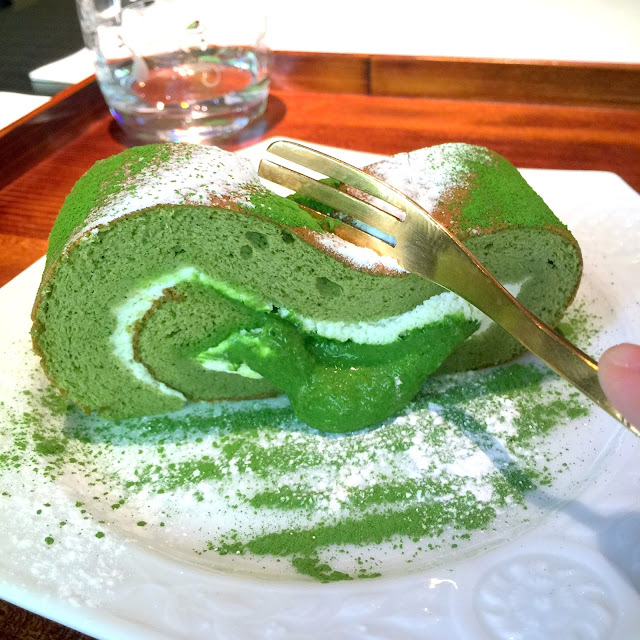 And the reality seemed to paint a different picture. I was expecting some magical lava in the centre but it did not, though it did look like it was about to flow. In fact, I realized the yellow dark lighting masked the color of the sponge as it made the cake looked darker than its true military brown appearance. The sponge was sweet but thankfully the cream wasn't. It was the part where the matcha taste concentrated.

That said, considering the fact that the core only occupied probably 10% of the cake (700 yen), this might not be sufficient to satisfy cravings if you are a matcha lover. 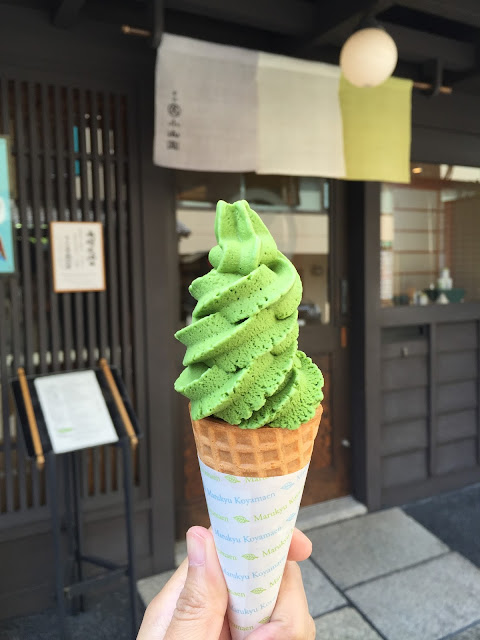 So here comes my hero of the day amidst the scorching hot summer, the matcha soft serve (¥360). It did not taste grainy and was quite robust in flavor. Do note that it is from the take out menu and not found on the dine-in menu (which only had the roll, the baumkuchen, kakigori and kuzu jelly).

Posted by dairycream at 9:52 PM