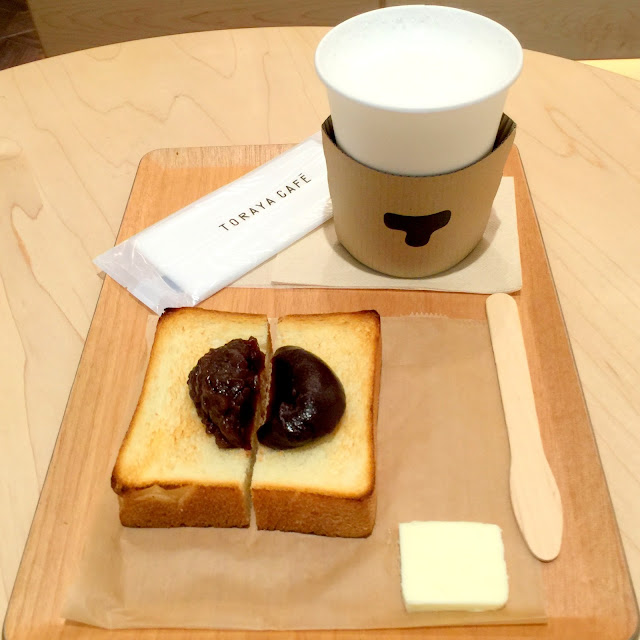 What's so fascinating about the little red dot? Not talking about Singapore but the little red bean小红豆, the common ingredient for Japanese traditional desserts. I'm bewitched by red bean these days (probably because age is catching up), especially when they come in the form of red bean-butter sandwich that is no less addictive than a Kaya-butter toast. 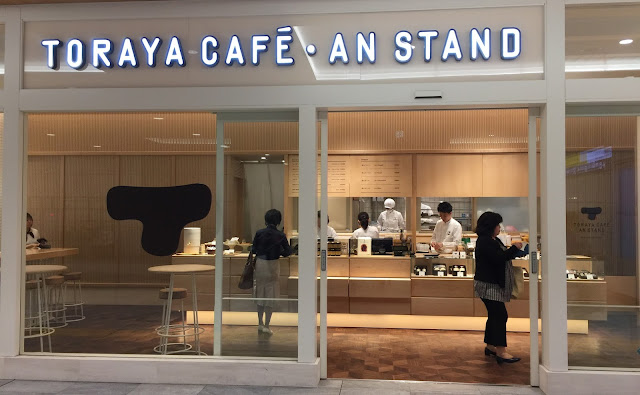 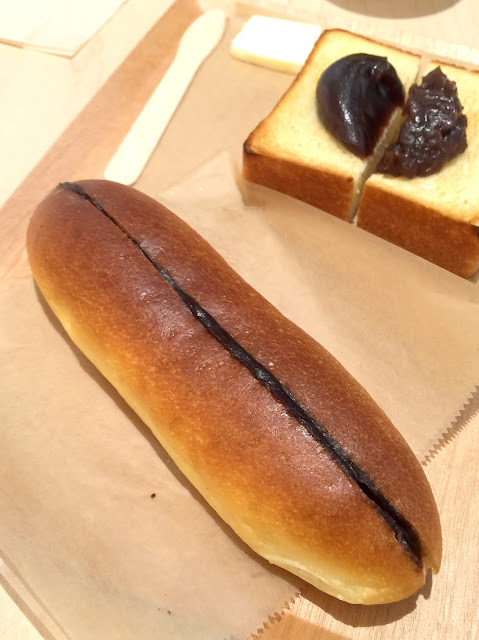 Toraya Cafe has opened a new outlet "AN Stand" in March this year at the swanky mall connecting to JR Shinjuku Station which has finally completed its renovation. On the AN Stand-only menu are a few quick bites dedicated to bread and red bean.

The An Coupe (¥432) is a soft warm bread roll sandwiched with its signature Koshi-an (smooth red bean paste) and cream cheese. I couldn't really tell that it's cream cheese as I thought it was some buttercream. 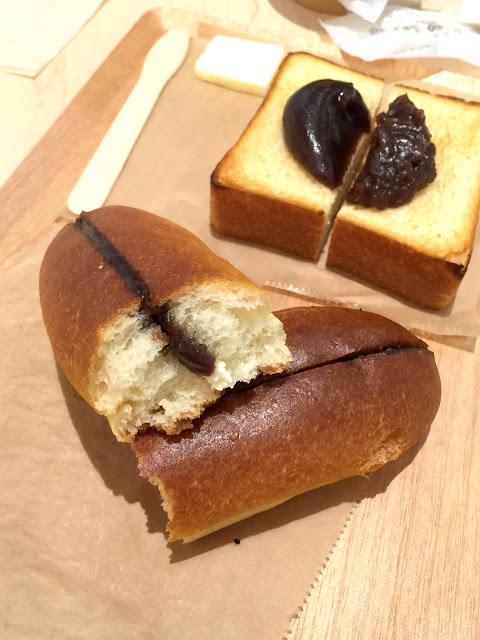 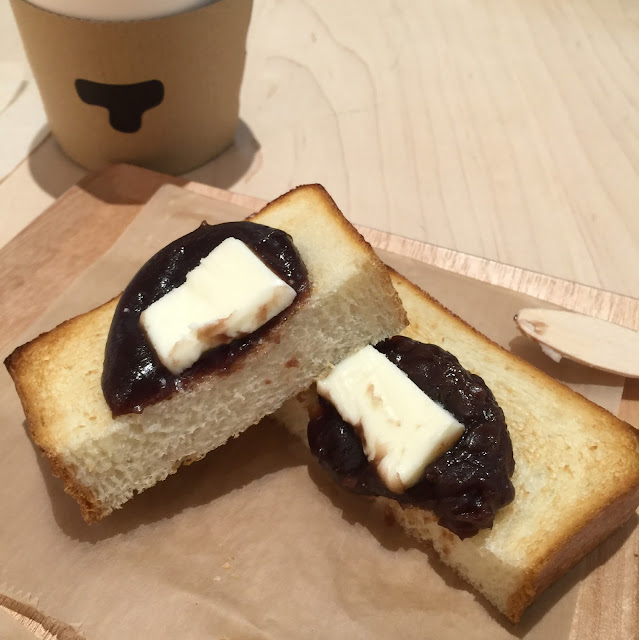 It's quite ordinary compared to the An Toast (¥486), a slice of well-toasted thick white bread which is slathered with Tsubu-an (coarse red bean paste) on one half and Koshi-an on the other half. It comes with a small square of butter that melts gradually under the heat of the warm toast and neutralizing the sweetness of the red bean just like what it does to Kaya.

My only complain is the miserable servings of the red bean and butter; I ended up chewing on plain toast after finishing with the center. 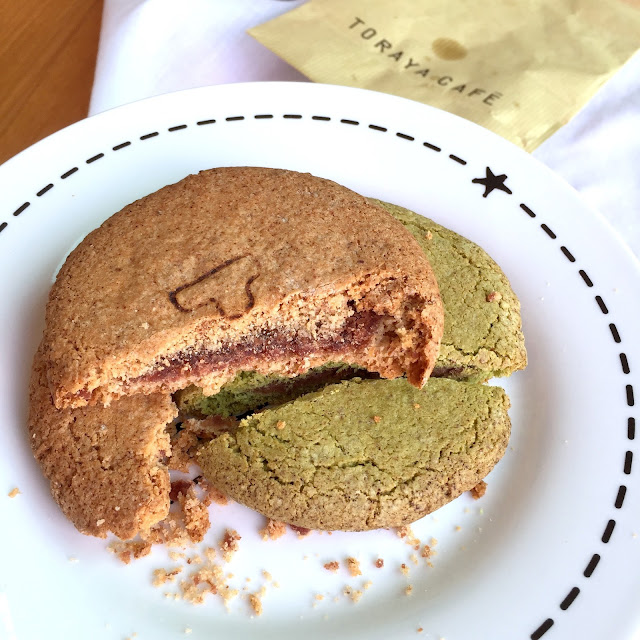 There is also the An-Bolo sandwich (¥270), a crunchy giant cookie with red bean filling in three different flavors-plain, matcha and spice. Texture is good but I find it quite dry without much red bean taste. The spice cookie reminds me of Speculoos cookies as it is spiced with Cinammon. 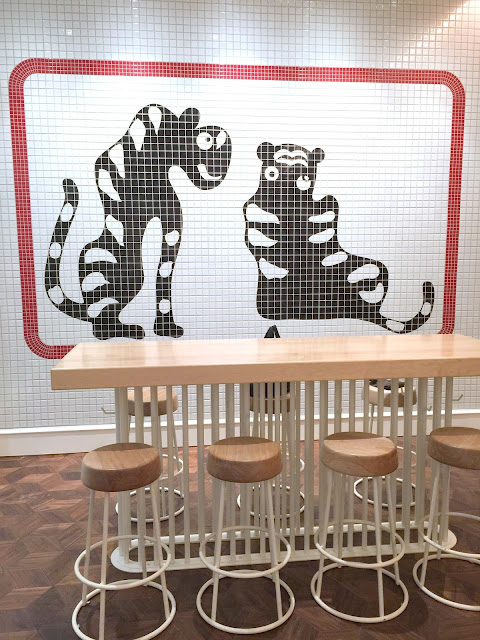 Food here doesn't come cheap, same goes to the desserts from its sister outlets in Omotesando Hills and Roppongi Hills. But like luxury cars and bags, the food itself isn't the only thing that we are consuming. We are also consuming the brand and its history. And here, it is one of those.