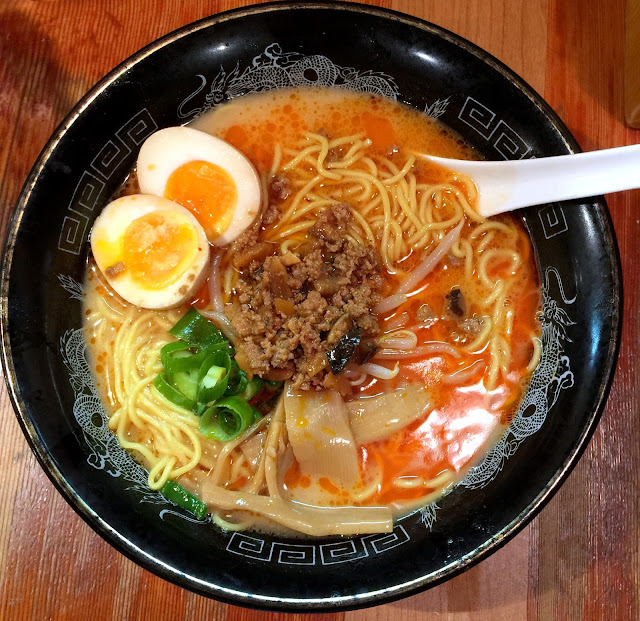 Made a detour to this ramen-ya after a failed dinner plan at a popular izakaya which reeked of tobacco rather than food. A quick Tabelog check revealed a rather average rating but still there was a steady stream of students and salarymen strolling into the shop. And so I took a gamble and ordered a seasonal bowl of Spicy Tan Tan Ramen (¥900) which looked excitingly fiery and red on the signboard. 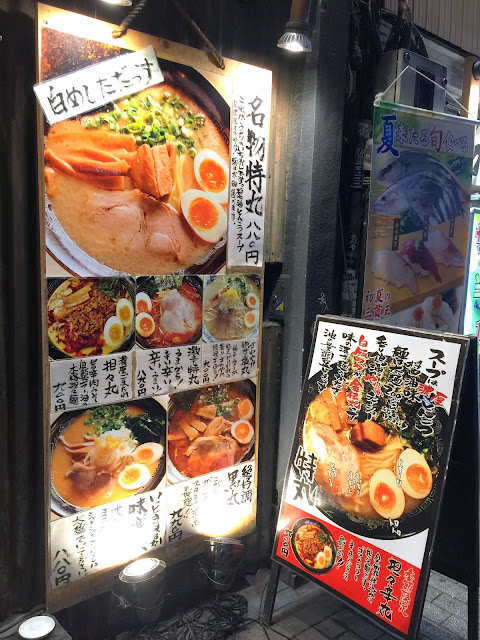 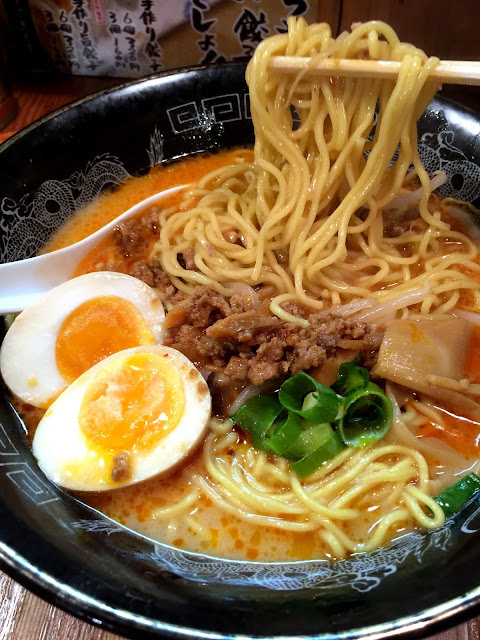 The real thing wasn't an exact replica of what it looked but there's everything that spoke of "Tan Tan"; chilli oil and minced meat. One can choose between thin/thick noodles and the amount of chicken oil for your bowl. I opted for thin noodles, normal levels of oil and the results were quite a tasty bowl that suited my palate. In fact, I was taken aback by the rich intensity of the shoyu-based Tonkotsu broth. 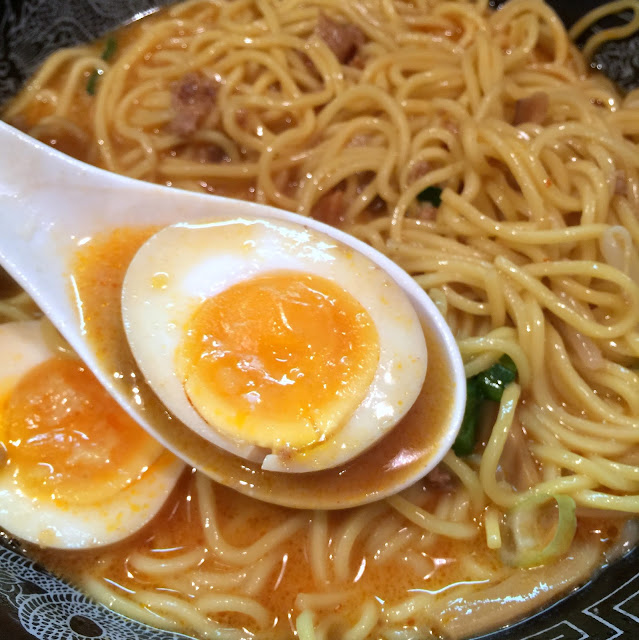 Creamy and full of umami, the broth encouraged some enjoyable slurping with the springy noodles. I tossed in some red Togarashi, letting some simmer in the broth to release the subtle spicy notes. Mmmm....yummy. I haven't had many Tonkotsu bowls in my life to tell if this is fantastic or not but I'm very sure this will appeal to those who like heavy, rich flavors. 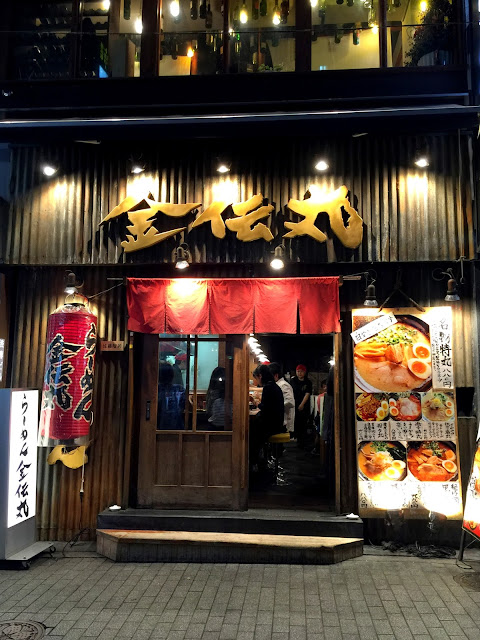