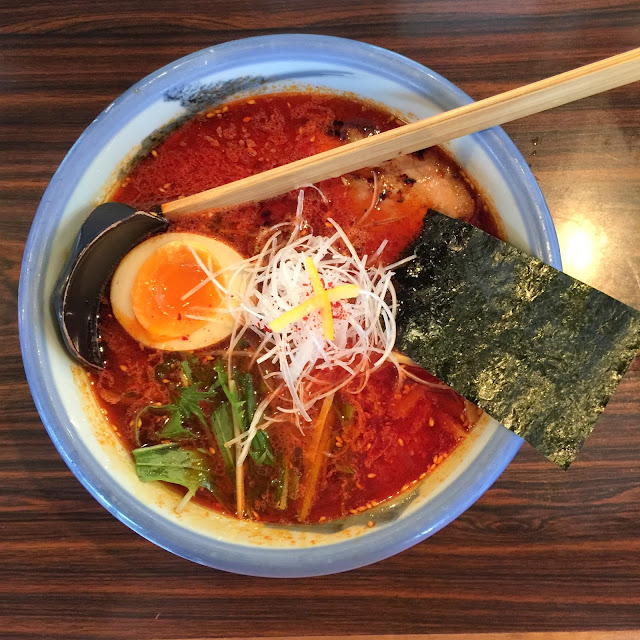 The first thing that came to my mind was "This broth tasted like the spicy-sour instant noodles I've had at home". This shouldn't be the case, at least for my first bowl at the highly popular Afuri. I dropped by the Harajuku outlet which was surprisingly quite "high-class" and luckily not kitschy.


The place was well-lit, air-conditioned, very cosy and not cramped at all. There was even a TV but I think the eyes of most customers are glued to the center zone where the young ramen guys prepare the noodles in a jiffy. Compared to other ramen chefs who work and sweat in hot, stuffy kitchens, the chefs here must be really lucky to enjoy air-conditioned comforts like the customers. 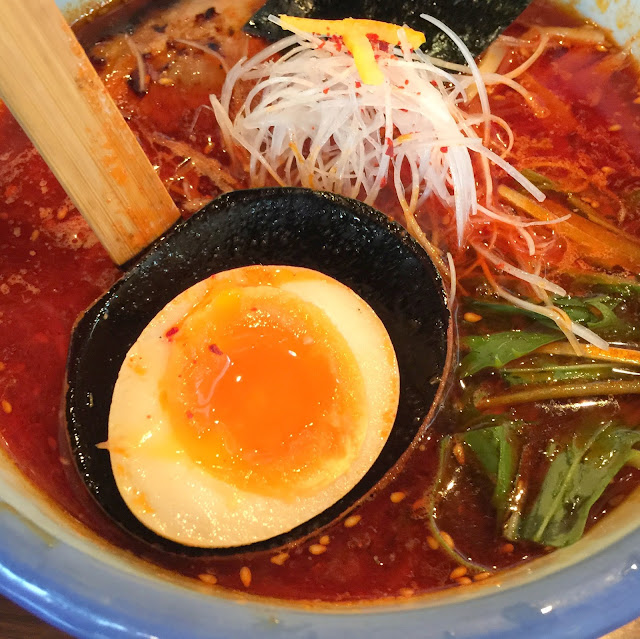 Anyway, this place is popular for its citrusy Yuzu ramen but I chose the Spicy Yuzu Ratanmen. The glistening red chicken dashi-based broth with silvers of white negi and yuzu looked potentially promising for a good sweat-out but the broth was difficult to slurp because it was mostly chilli oil. I could taste the subtle sour-bitterness from the Yuzu in the soup but it wasn't fiery at all and had none of the savoury depth. 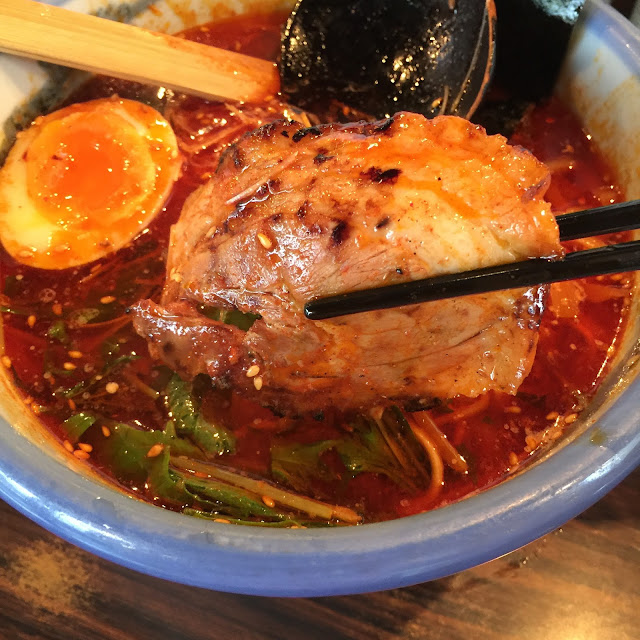 That said, there are commendable aspects in this bowl. The egg yolk was satisfyingly gooey but the char siew was even better--grilled to a nice dark char on the edges with a good balance of fats and lean cut. The thin noodles were cooked to perfection and the portion was huge. However, this ramen experience was still sadly thwarted by the broth which played a big role in ramen.  But I could blame no one but my own poor decision for choosing a spicy and yet the most expensive bowl on the menu (¥1230). I should stick to the original next time. 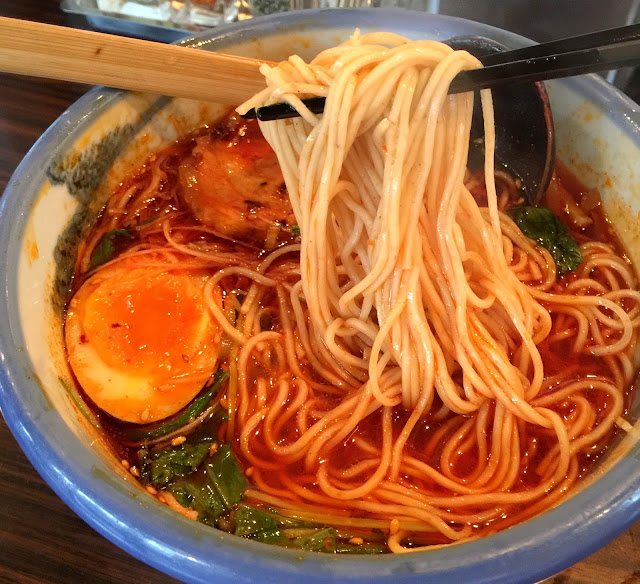