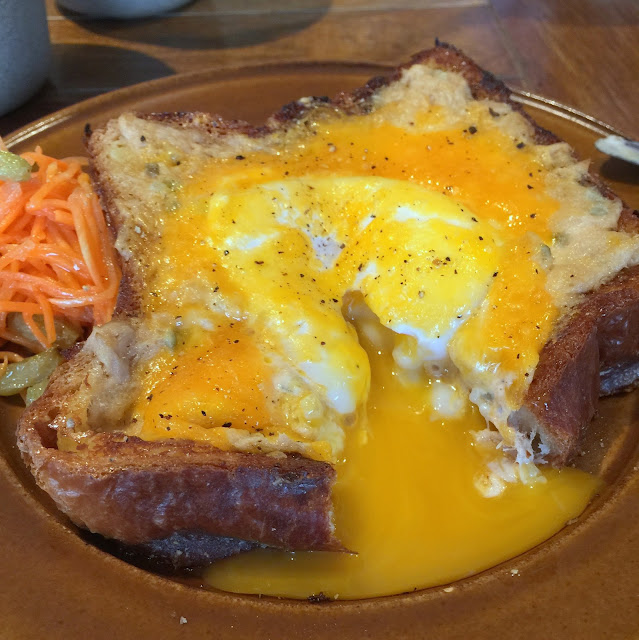 Omotesando Hills is not short of breakfast places and one of them is Afternoon Tea-Tea Stand. While this is under the umbrella group of Afternoon Tea, the quality of food here is significantly better than the mediocre "brunch" fare at its sister restaurant, Afternoon Tea Sunday Brunch, and it opens as early as 9am. Best of all, a page of the menu is dedicated to "Bakers' French Toast", something that I love to have for breakfast rather than pancakes. 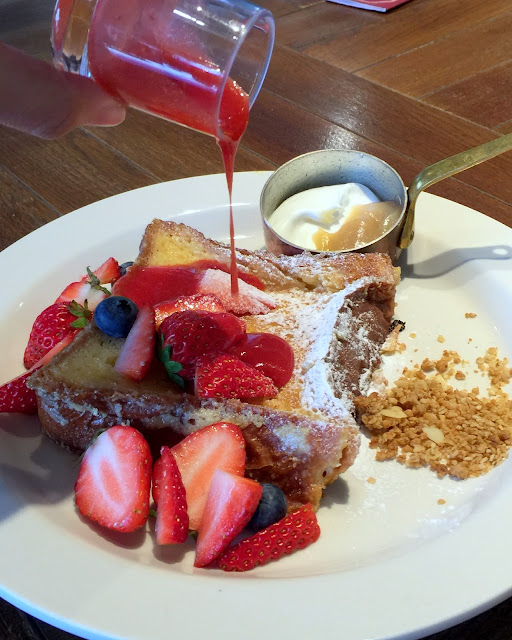 There isn't any artisan chefs behind these "Bakers' French Toasts" but they are proud to declare that these are all made with Boulangerie Asanoya's brioche. Instead of the original version served with whipped cream and honey, I had the Seasonal Strawberries (¥1180) which was smaller than expected.  It's a piece of lovely grilled bread with an enticing butter aroma and not too pud-like as the Pain Perdu from DAB. 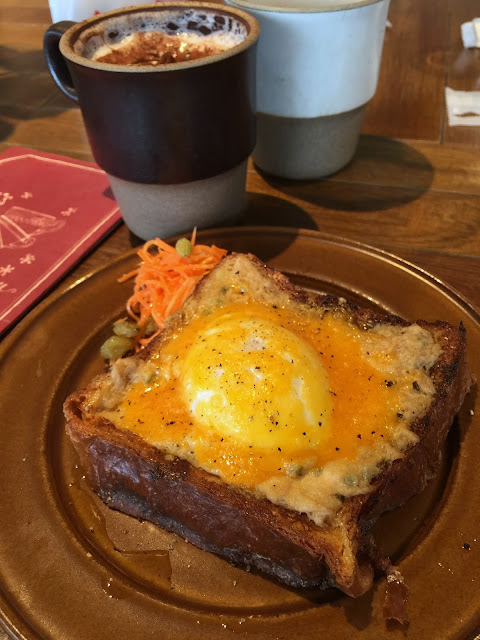 There isn't any Egg Benedicts here but there is something better, The Benedict (¥1080). It's an ingenious idea of combining the two most popular brunch dishes and it worked beautifully. The sexy oozing yolk from the soft poached egg soaks up the tuna-filled brioche, making it crisp and moist at the same time. Perhaps they can even considering stuffing it with bacon and cheese. 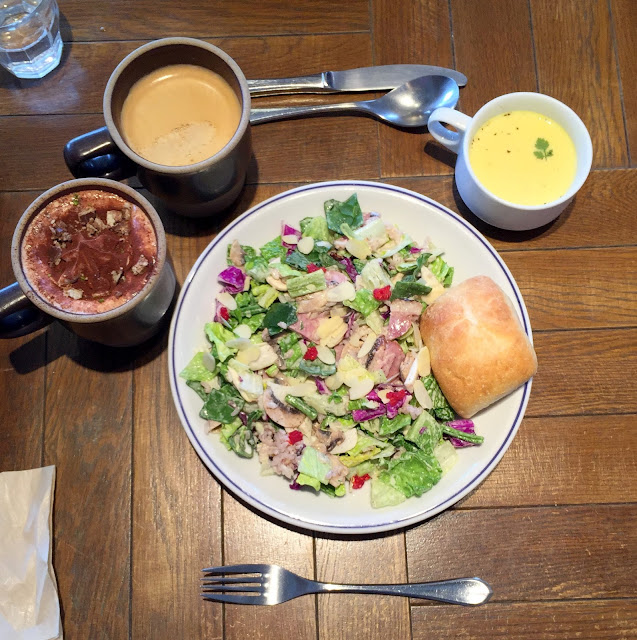 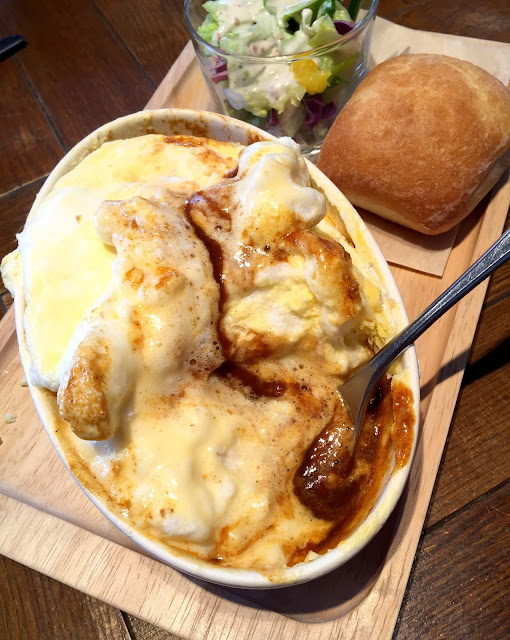 The all-day menu includes hearty plates such chopped salads and soufflés--sweet and not savoury. We've had the Curry Chicken Souffle (¥880), a gorgeous dome of whipped meringue above mildy sweet curry base. It's the perfect savoury souffle, unbelievably airy with evenly fine air pockets that only collapsed and disintegrated into the soup by human intervention. This may be a cafe but the souffle was much better than even those from Hoshino or Cafe Miam Miam (in Singapore). Not a single drop was left as we mopped the dish up with the bun served together. So good that I won't even mind coming back again for the Lobster Bisque version. 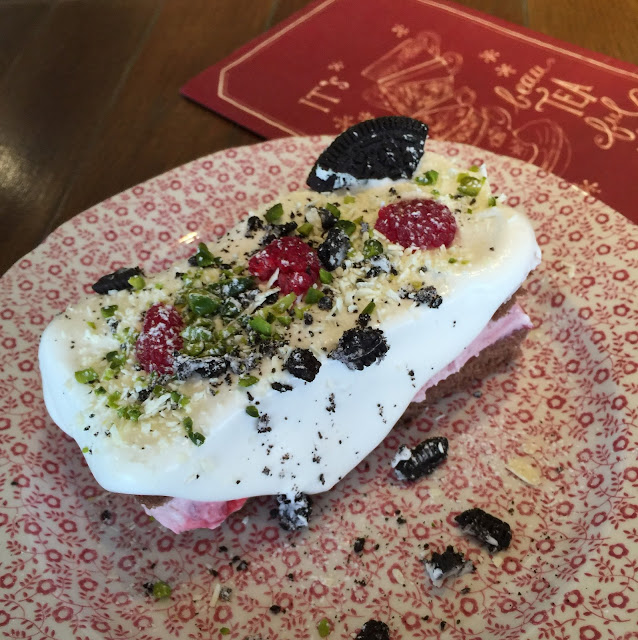 The "Good Berry" (¥680) was a new item on the dessert menu that includes regulars such as its signature creation of a croissant-scone hybrid and baked pumpkin cheese cake. Looking as if a pile of snow had just collapsed on it, this trifle cake was restrained in sweetness, making it a moderate indulgent any time of the day. Food is not over-the-top delicious but prices are reasonable and the free wifi encourages diners to linger in the cafe. At least, I think it's much more cosy and delicious than the sister outlet in Lumine Shinjuku. 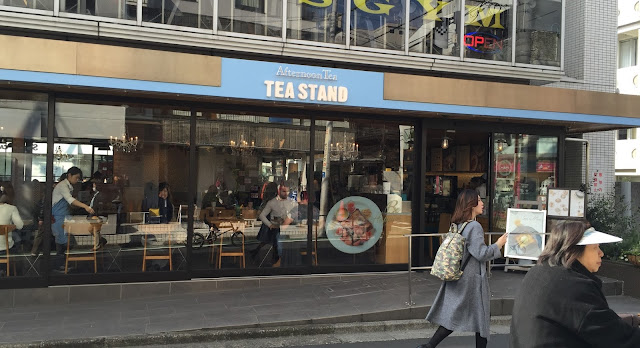