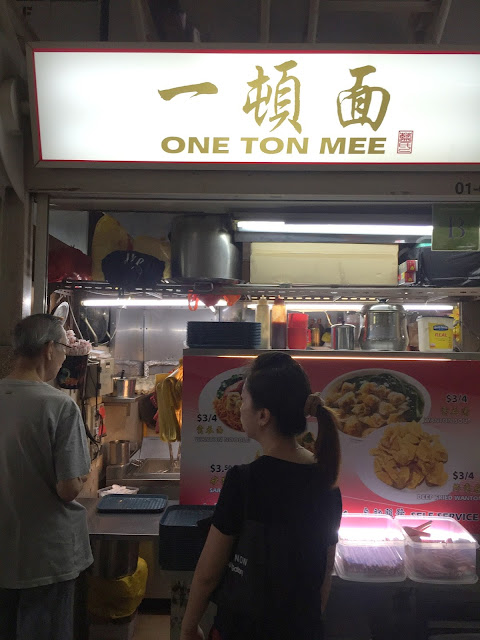 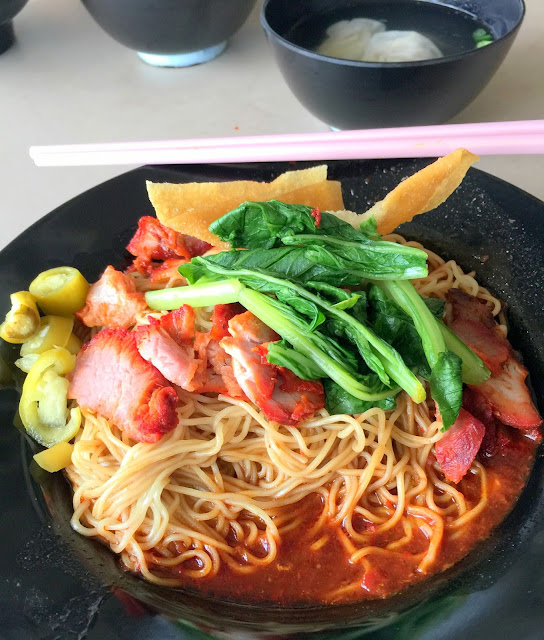 So what does one ton noodles sell? Wanton Mee la!

Clever name pun aside, I was curious to try the bright red wanton Mee which I saw many people were ordering. This stall is owned by an old couple and there was a long queue despite the fact that the uncle was actually working through the orders very quickly. 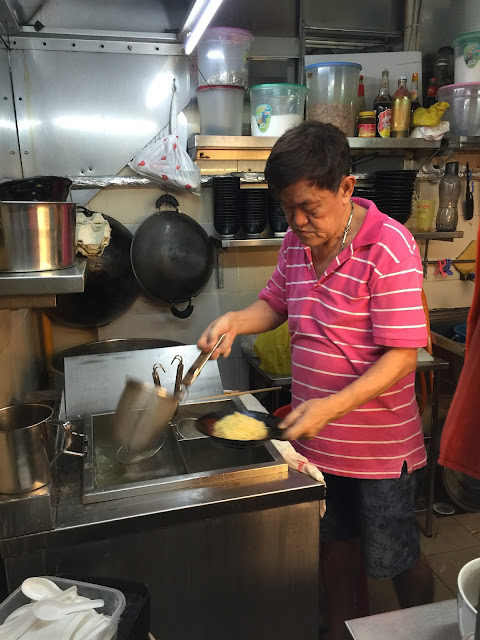 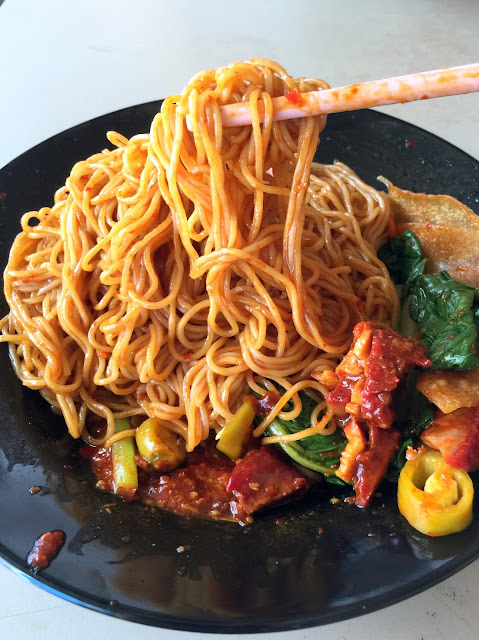 I thought the Wanton Mee ($3/$4) belonged to the tomato-base camp when I noticed the pool of bright red sauce. However, it wasn't too sweet and intense in ketchup when everything was tossed evenly together with the chili sauce.

Instead, it was a very well-balanced plate of flavors, with a satisfying spicy kick and only lingering notes of sweetness. Together with the springy noodles and juicy wantons, this wanton mee was immensely enjoyable, even though I can't yet decide whether it is better than the other wanton Mee stalls at Bendemeer since I've only tried this. 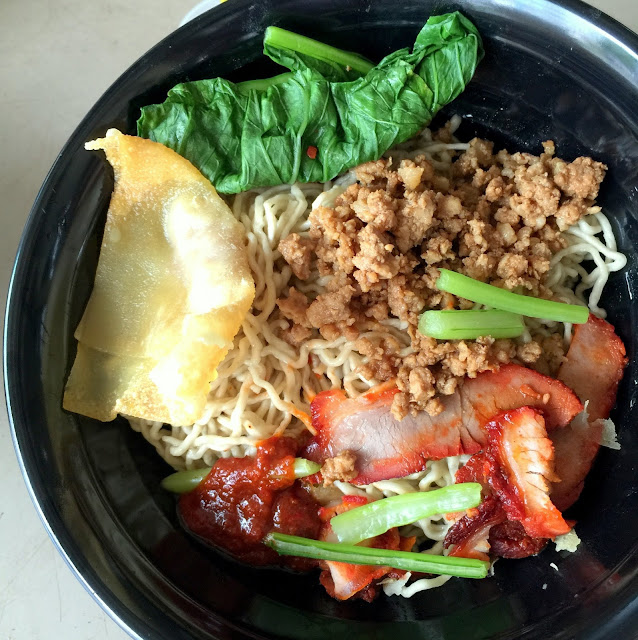 Another option was the Sarawak Kolo Mee ($3.50/$4.50) that was topped with minced meat, char siu and a golden crisp wanton. The curly noodles here might look relatively plain and dry compared to the wanton mee but it had a unique fragrance of the shallot oil. I think I prefer the wanton Mee to the Kolo Mee.

That said, we fully agree that the portion of the mee is really too generous for the price.

No wonder it's call One Ton Mee!