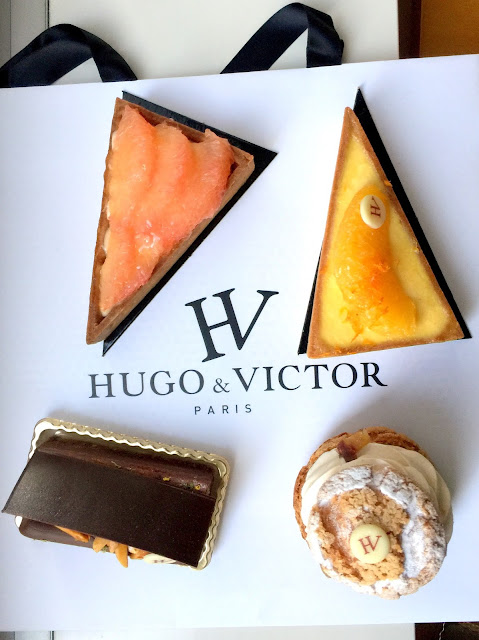 After much anticipation, I have finally got a taste of the works from Hugo & Victor, the luxury Parisian patisserie which has unveiled its first store at the basement floor of Isetan Shinjuku. Started in Paris since 2011,  Hugo and Victor is helmed by award-winning pastry chefs Hugues Pouget and Sylvain Blanc (Go google their pictures, they looked as hot as their pastries hehe). The more well-known Chef Hugues was formerly from three Michelin-starred Guy Savoy and his exquisite jewel-shaped chocolates are often the most sought after items in store. 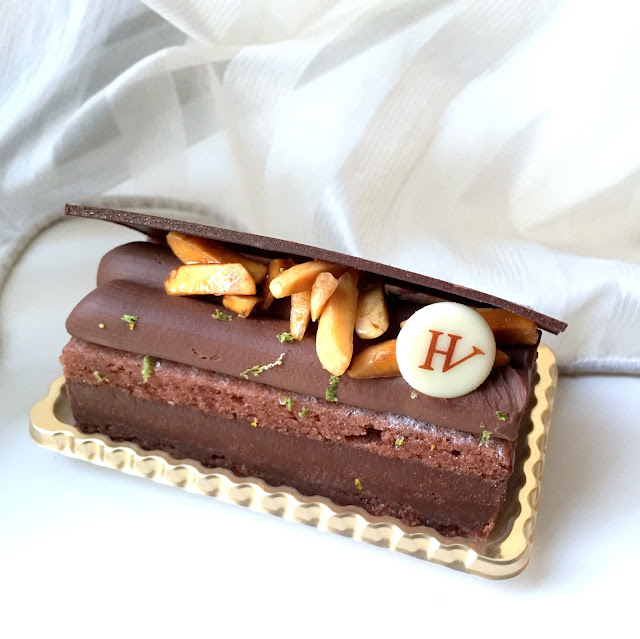 It is said that the pastries are categorized into three main flavors-"chocolate, vanilla and caramel", out of which I managed to try only one kind of flavor these time round since there's only limited selection at the tiny outlet. The Hugo Chocolat ¥843 is probably one of the most expensive chocolate pastry I have splurged on but it's worth every yen to taste chocolate of this calibre, even though it might look dull to anyone. 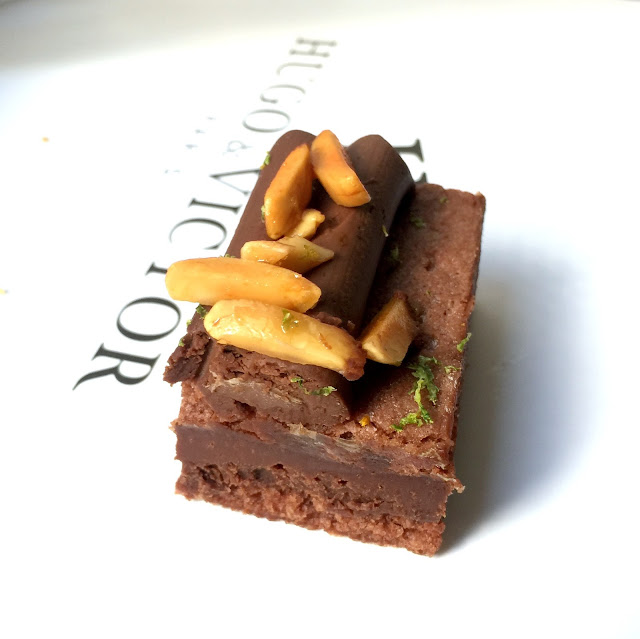 Built on a base of a chewy gluten-free chocolate sponge, the bulk of the gateau composed of ganache infused with three forms of spices and lime that crawled the tastebuds gradually. Every bite was so fudgy and intense, the level that would knock you off your senses. Though I always prefer chocolates in multiple textures, this is another realm of chocolate nirvana that I've grown to enjoy more these days (perhaps it's due to age) 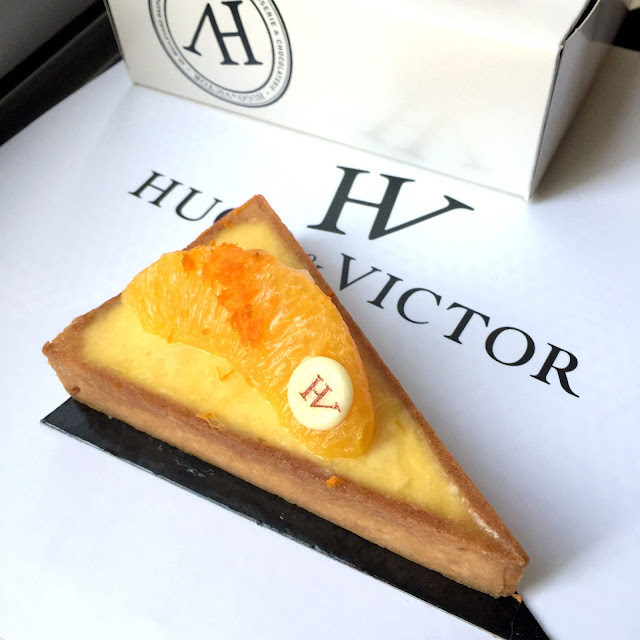 Besides chocolate, it seems that H&V produces excellent tarts (¥605) as well. The Tarte Pamplemousse（タルト パンプルムース) was remarkably crunchy all the way around, brightened with slices of plump juicy grapefruits. Having always possessed a weird obsession with tarts, I could not resist fetching along the Citron Tart, which was sweeter than tart. Stick to the Pamplemousse for the real tart deal. 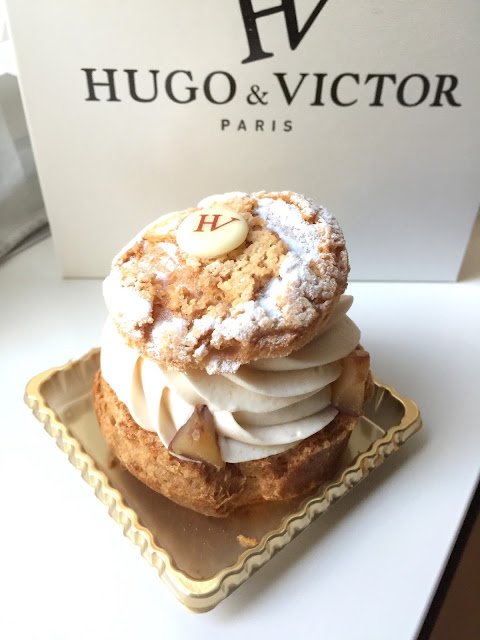 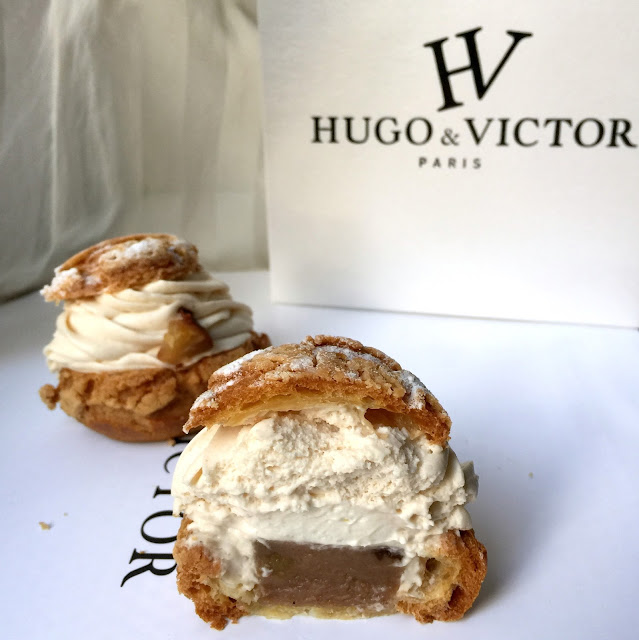 Compared to those chestnut chouxs by Japanese patisseries, this Monsieur Choux Marron ¥594 was tons less sweet with hums of vanilla against the chestnut flavor. But the real happiness descended upon revealing the secret of this creamy dungeon, a rich square of chestnut ganache.

Overall the pastries are delicious but not too different from those by Japanese patisseries. With the exception of the Hugo Chocolat, the rest are optional treats that you can do with our without depending on your mood of the day.

Perhaps I should indulge in their chocolate truffles next time.