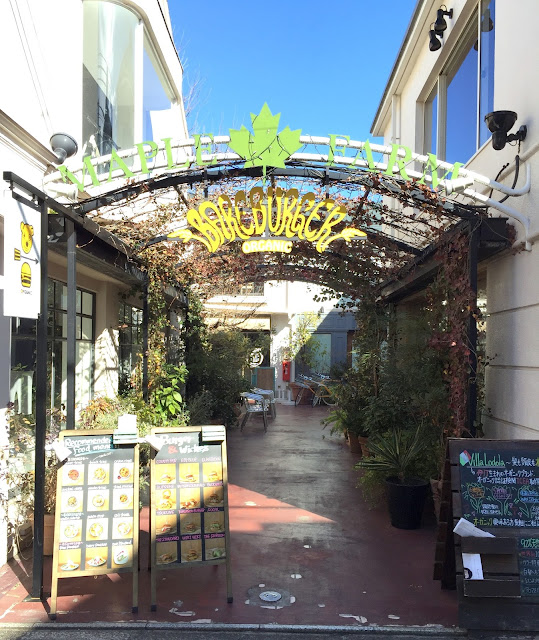 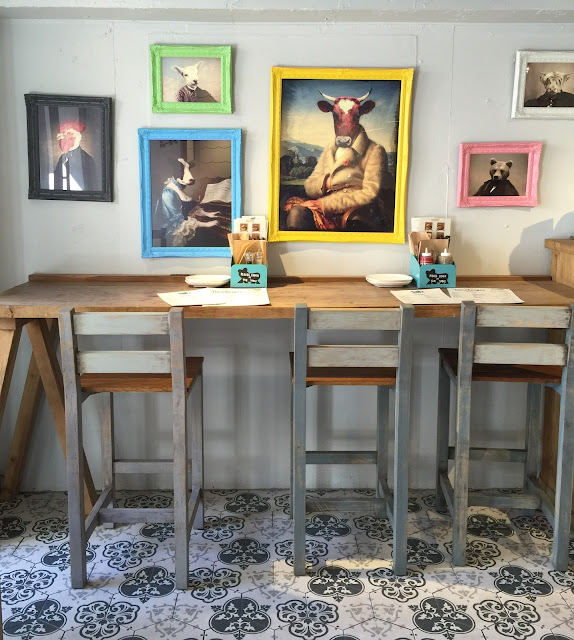 In and Out, Shake Shack, Henry's Burgers....and now Bareburger, the New-York based joint that started in the United States since 2009 with 26 outlets in the U.S. and Canada, enters Tokyo to fight a pie of the hot burger market.

But don't be too early to dismiss it as "fast food". It's one of the few restaurants that incorporates organic-certified ingredients into the food and markets itself as a healthy and organic gourmet chain. Though burgers can't be exactly healthy and eating organic can be pretty expensive (prices start from ¥1380 for the cheapest Buttermilk Buffalo Burger), it does bring a peace of mind to know that the ingredients are from safe sources. Moreover, the portion of the burger is huge enough to share between two. 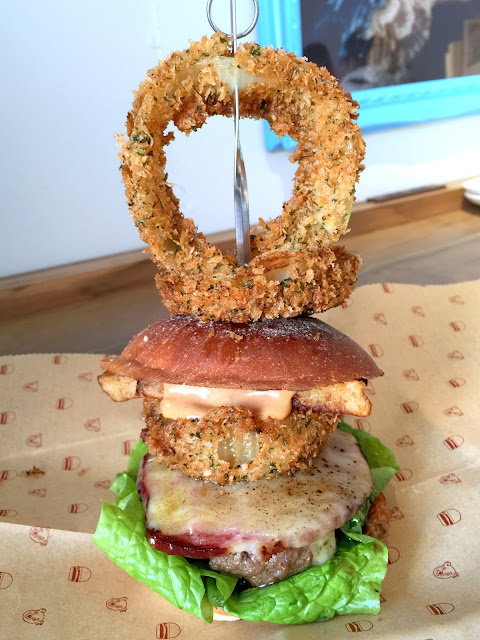 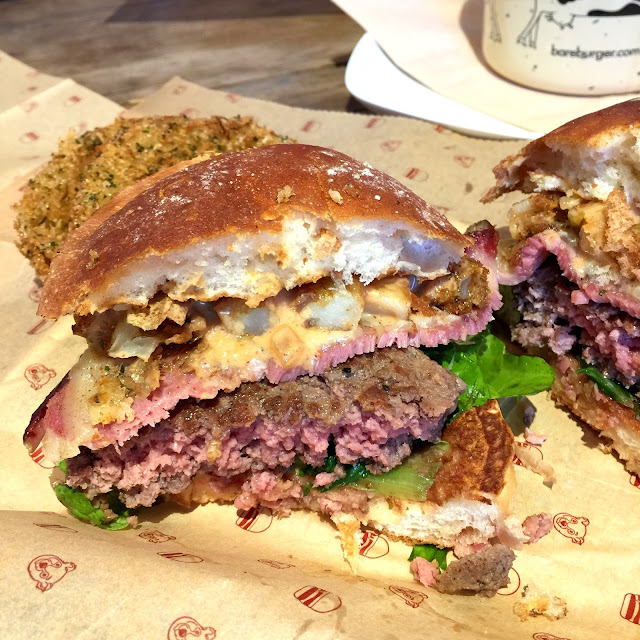 Unless otherwise stated, all the beef patties are done medium well and I tried two that day; the El Matador (¥1680) and the Supreme (¥1710). The Supreme was a spectacular creation of a beautifully charred-on the outside, pink-on-the-inside beef pattie, topped with country bacon, Egmont cheese, hand-cut fries, onion ring and a secret special sauce. All these snuggled into a rich-of-the-moment brioche bun. The combination of all the sinful "junk" made this oh-so-delicious, but the pattie could be juicier. 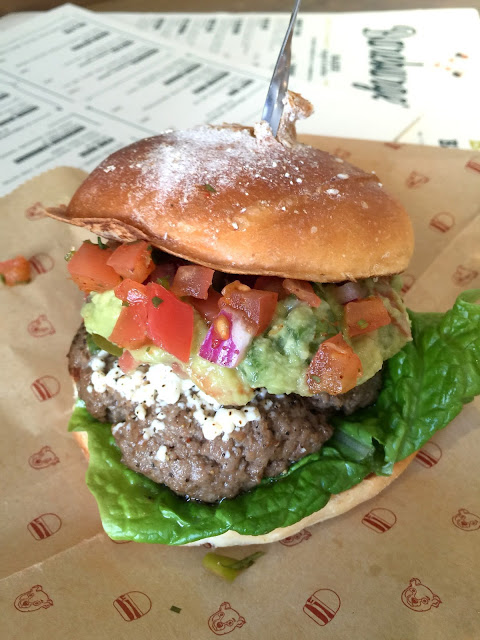 Meanwhile, the El Matador conjured the Mexican feel with the Haberano pickles, spicy Pico de Gallo and guacamole stacked right above the beef patty. It faced the same dryness like the Supreme which made me wonder if that could be due to the weather. But the witty interplay of sourish and mild burning flavors kept us happier than a McDonald Happy Burger. 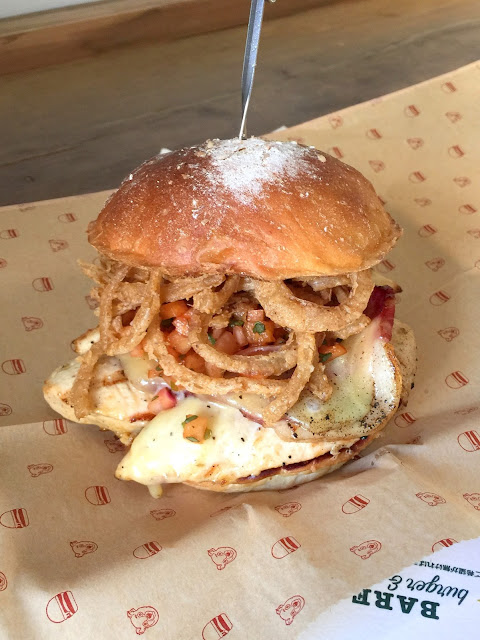 Surprise, surprise, the best was not found amidst the cattle but in the chicken. The Wiki Wiki (¥1640) consisted of succulent grilled chicken pattie smothered in melted cheese and piled in country bacon, pineapple relish and fried onions. For those who are all-in for Japanese-style burgers, there is the Tsukune Chicken or the Tomorrowland burger that is made of Ozaki Wagyu Beef and most certainly ranks as the most expensive burger on the menu. 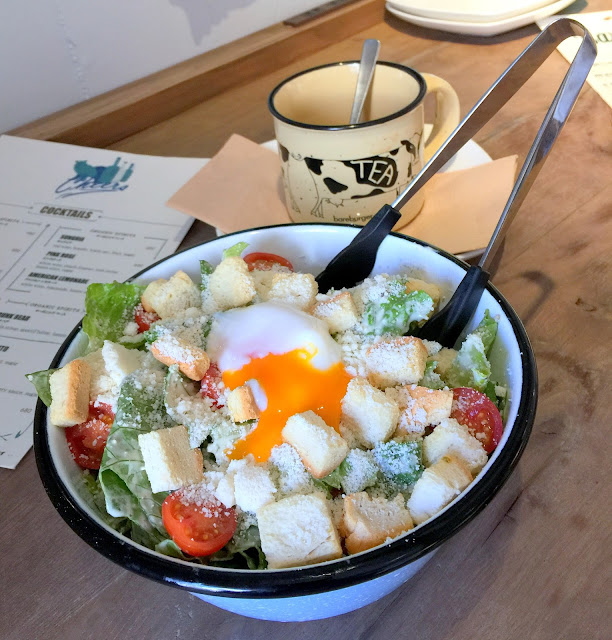 Like everything that is upsized in a typically American restaurant, the Caesar salad came in a whopping metal tub that can feed a land of cows. Even the coffee was served in huge mugs. Anyway the salad was so delicious that it deserved to be in the hall of fame. And the best thing was that everything has been tossed evenly beforehand so you won't end up spilling the greens on the table. 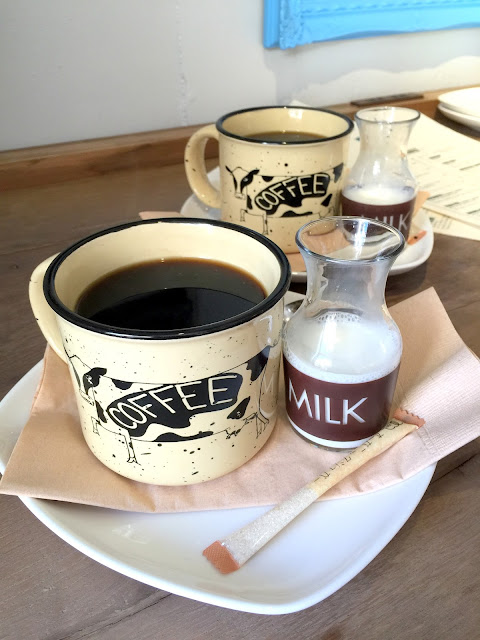