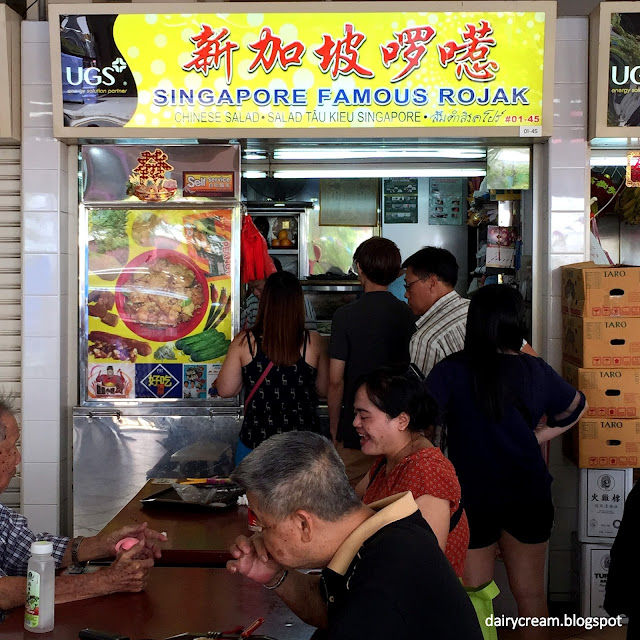 There is a Chinese saying that goes "三顾茅庐" which means that one sincerely requests for certain favour from another person several times without giving up despite repeated futile attempts. I think that can truly describe my experience with Singapore Famous Rojak at Albert Food Hawker.

The stall was unfortunately closed during my first two visits, but alas it was opened during my third visit on a Sunday afternoon. Pretty Mum has been urging me to try the rojak here after having the utterly disappointing Soon Heng Rojak in Toa Payoh Central. After a 15-20 minute queue, we managed to two plates of $2.50 rojak which looked dubiously redder than usual. 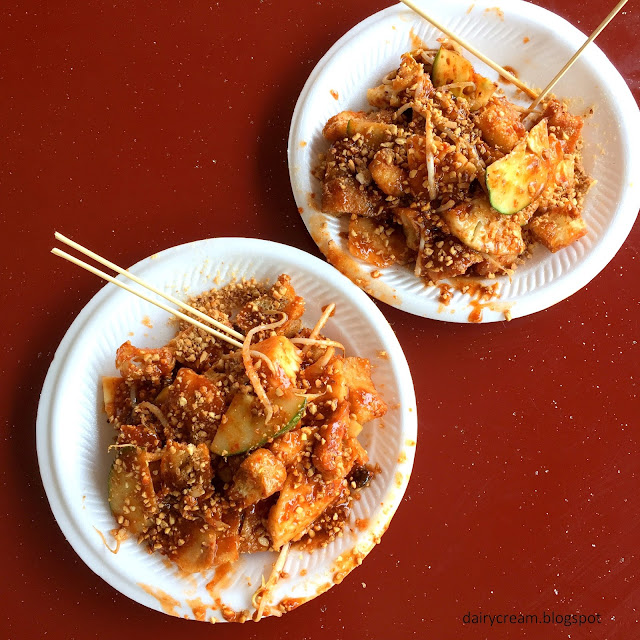 Key ingredients such as the you char kway (dough fritters) and tau pok were crunchy but the sauce was too sweet to my liking. Even Pretty Mum concurred that the sauce went awry that day and was not as delicious as she had remembered. It was neither assertive nor tangy enough and I wished there was a more generous sprinkling of roasted peanuts. 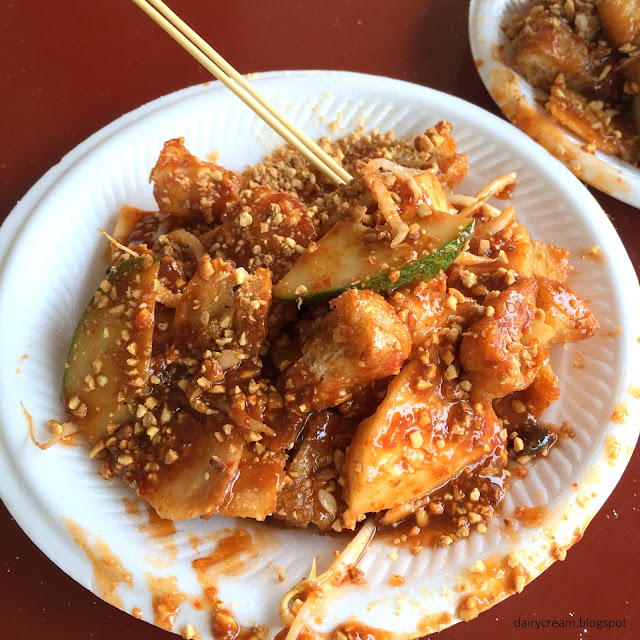 Could it because we ordered the smallest plate? Or could it be that the owner had a bad day? Well, both Pretty Mum and I don't have an answer to that but one thing for sure, the rojak in the wet market opposite where we stay still serve the best Rojak.

Perhaps I'll write about it next time~